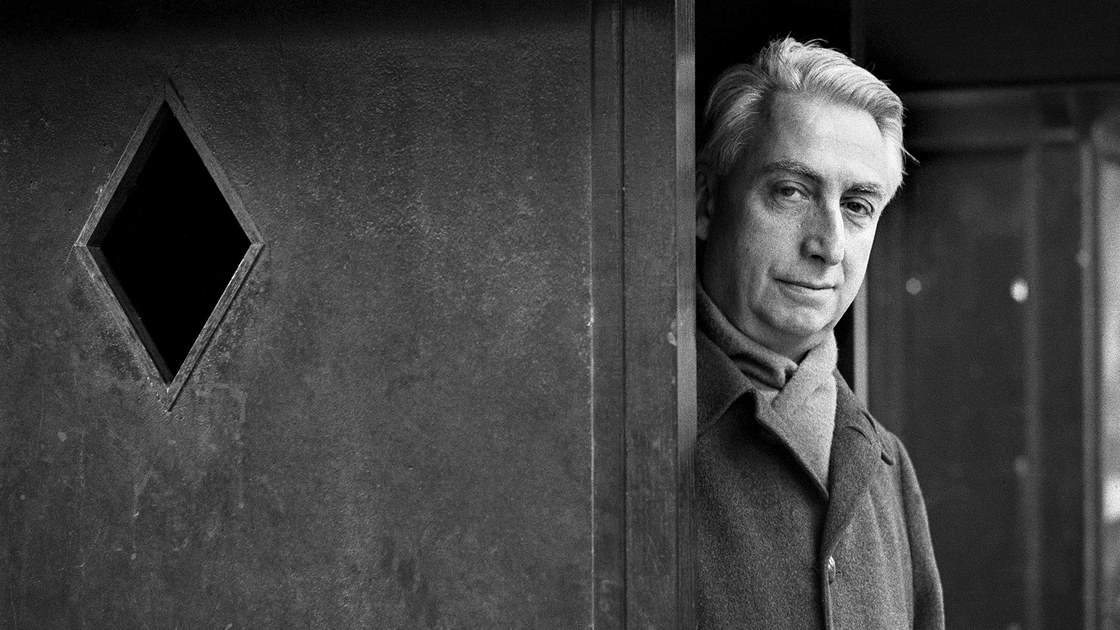 Camera Lucida, by Roland Barthes, is an odd book. It has become a classic text on the subject – yet Barthes was not a photographer, and had little time for colour images or ‘clever theories’ from the photographer’s perspective (such as Cartier-Bresson’s ‘Decisive Moment’). In fact his work contains a surprising paucity of reference to other research.

A clue to his approach is on the first page – In Homage to L’Imaginaire by Jean-Paul Sartre (1940). Sartre makes clear the distinction between perception and imagination. When we are conscious, we are conscious of something, and our consciousness can distinguish between what is imagined and what is perceived. Perception is about what is in front of us, reflecting a particular subject (and thus its ‘existential’ truths). Imagination can be anything – a synthesis of past experience, past perceptions, our disciplines and so forth. Imagination is essential to our humanity, and it breaks us free of our past, allowing us to do new things.

Sartre also notes that imagination is a fundamental human freedom. It needs some kind of analogon – an equivalent of perception – to work. This could be a painting, or a photograph, or a mental image that we create within ourselves. Then, for example, when we look at an image of our children, our thoughts and feelings about them influence the way we consider the picture.

In Sartre’s view, an image thus takes on new dimensions, beyond its actual physical properties, because of  our own intentions towards it. Our intentional gaze. The photograph is a trigger to meaning, perhaps a self-reflection, which makes it much more than a ‘simple’ surface to be viewed. We know that the analogon (the photograph) is not real in the sense that it is a representation, but we ascribe emotions and beliefs to it as if it was.

Put another way, the world is constituted not of ‘outside objects’, but in our own consciousness based on our intentions.

Barthes sees some of these intentional dimensions in the book’s opening.

But it is frankly rather disappointing that Barthes eventually decides:

‘… to derive all photography (its nature) from the only photograph which assuredly existed for me’. (pg 73)

He does this based on the ‘Winter Garden‘ photo of his mother. Any philosopher moving from the specific to the general is going to be in a really hard place – and Barthes is no exception.

Barthes distinguishes between the reality that a camera captures, and the reality of the resultant photograph.

‘I call photographic referent not the optionally real thing to which an image or sign refers but the necessarily real thing that has been placed before the lens, without which there would be no photograph’. (pg 76)

He goes on to note that

‘The realists, of whom I am one … do not take the photograph for a ‘copy’ of reality, but for an emanation of past reality: a magic, not an art’. (pg 88)

Yet he never really describes what he means by magic. Instead, and again by considering the Winter Garden photograph, he writes:

‘The circle is closed, there is no escape … I cannot transform my grief, I cannot let my gaze drift; no culture will help me utter this suffering which I experience entirely on the level of the image’s finitude.

This is why, despite its codes, I cannot read a photograph [my emphasis]‘. (Camera Lucida: pg 90)

So a photograph depicts a past reality, but beyond that Barthes cannot read it, even though he himself has suggested ways to do this.

In Image Music Text, based on Barthes’ semiotic perspective, a photograph carries two codes. First, a denoted code, the subject of the photograph, which is really a message without meaning. This underlines Barthes’ view that all photographs have a root in some kind of reality. Secondly, he  posited a connoted code, a rhetorical meaning within the image. Both of those codes exist in all photographs.

Back to Camera Lucida. Barthes’ adds to the misery by noting that:

‘ Not only is the photograph never, in essence, a memory … but it actually blocks memory, quickly becomes a counter-memory’. (pg 91)

‘All those young photographers who are at work in the world, determined upon the capture of actuality, do not know they are agents of Death’. (pg 92)

These ideas of a photograph being past, of being impossible to read (despite his work to the contrary), and its blocking of memory are all are counter to Sartre’s point – that a photograph can be a possible trigger of the imagination, in which case it also has a future.

In a New York Times review just after the publication of Camera Lucida:

‘Camera Lucida is not, however, the definitive reappraisal of photography that was anticipated. It does not reveal the long-sought ‘grammar’ of photographs, nor does it provide much in the way of clues to their ”reading.” It is more intimate than theoretical. Barthes bites into photography like Proust into a madeleine and what results is an intricate, quirky and ultimately frustrating meditation linking photography to death’. (Andy Grundberg, 1981)

More positively, Barthes does make a useful distinction between the Studium and the Punctum of a photograph.

Studium is about the elements of the image for which a viewer shows enthusiastic commitment, within a field of cultural interest to them.

‘I did not know a French word which might account for this kind of human interest, but I believe this word exists in Latin: it is studium, which doesn’t mean, at least not immediately, “study,” but application to a thing, taste for someone, a kind of general, enthusiastic commitment, of course, without special acuity’ (pg 26)

‘It is by studium that I am interested in so many photographs, whether I receive them as political testimony or enjoy them as good historical scenes; for it is culturally .. that I participate in the figures, the faces, the gestures, the settings, the actions’. (pg 26)

As an interpretive act, when we view the image’s studium, we are looking for past context.  Studium is not just only about the objective details (or ‘facts’) of a photograph. It also carries all kinds of subjective connotations. This would work with Sartre, as those deliberations and experiences can encourage new research, new thought, new ideas. in fact, it augurs a positive future for the photograph.

In order to explain the meaning of studium and punctum, Barthes goes on to say the the studium is:

‘To recognise the studium is inevitably to encounter the photographer’s intentions‘. (pg 27)

Punctum is then literally ‘that which pricks’ the viewer, to really get their attention.

‘The second element will break (or punctuate) the studium. This time it is not I who seek it out (as I invest in the field of studium with my sovereign consciousness, it is the element which rises from the scene, shoots out like an arrow, and pierces me’. (pg 26)

‘A Latin word exists to designate this wound, this prick; this mark made by a pointed instrument: the word suits me all the better in that it also refers to the notion of punctuation, and because the photographs I am speaking of are in effect punctuated, sometimes even speckled with these sensitive points; precisely, these marks, these wounds are so many points’. (pg 27)

Barthes comments that it is;

‘not possible to posit a rule of connection between the studium and punctum‘, and

‘In order to perceive the punctum, no analysis would be of any use to me‘. (pg 42)

The punctum might reside in a detail of the image, such as the photographs of Lewis Hine’s retarded children, with the collar and the bandage which have a fascination for Barthes.

But punctum could also be in the expansion of the image, where the detail encompasses the whole photograph [my emphasis]. Barthes used the portrait of Andy Warhol by Duane Michals, which he considered provocative, by reason of overall pose, Warhol hiding his face, and detail, nails which are both soft and hard edged. (pg 45) 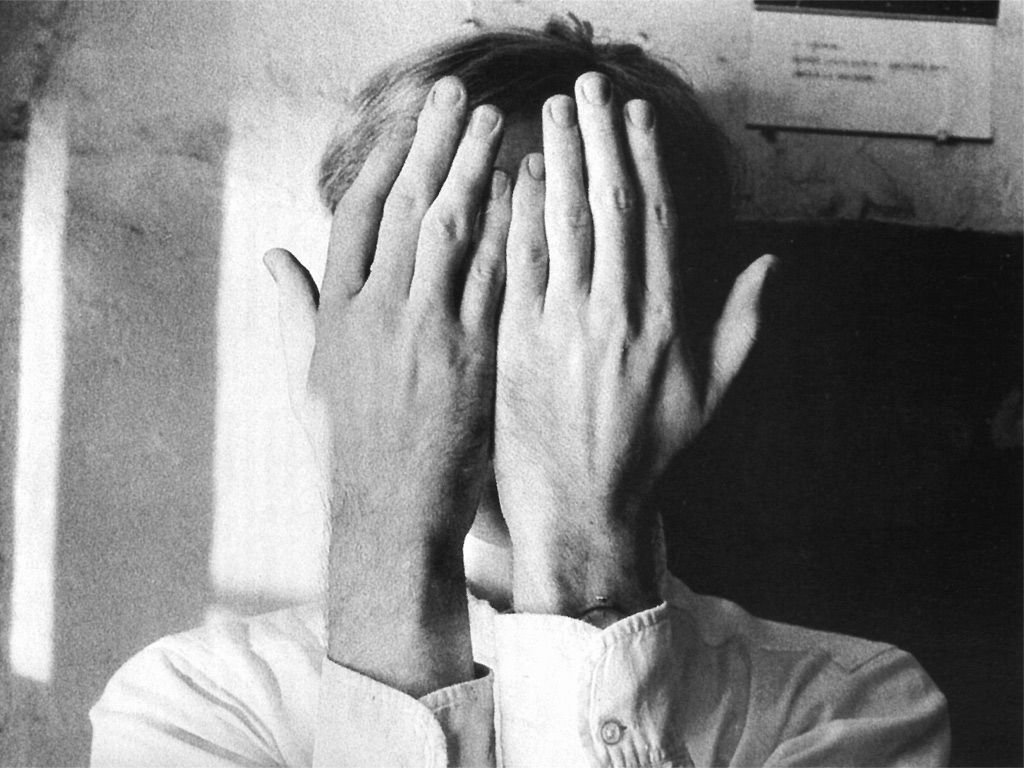 Perhaps Barthes’ most profound comment on punctum is that:

‘.. it is triggered, it is an addition: it is what I [as viewer] add to the photograph and what is nonetheless already there‘. (pg 55)

It seems that both studium and punctum include objective and subjective elements, although Barthes suggests that punctum does not of necessity arise from a viewer’s interest in the subject matter of the photograph, in the way that studium usually does.

Barthes’ distinction between the two is thus thought-provoking yet confounding at the same time. It is left in so many ways to be a matter of personal taste and opinion, and has almost no rigorous, logical analysis. We are all left to our own definition of punctum. And to share punctum that we ‘see’ in any particular photograph, we inevitable uses elements of studium in our communication with others.

This is not the stuff of semiotic logic, but of subjective prose.

James Elkins suggests that Barthes’ writing style (as an end in itself, almost independent of subject matter) and his lack of scholarly references gets in the way of a profound academic review. In fact, Elkins goes so far as to say:

‘It is as if that book, one of the least scholarly of the central texts of twentieth-century art, has protected itself by shrinking away from the glare of scholarly criticism, shrivelling to a point-like punctum of its own’. ( What Photography Is, pg 13).

Whilst Camera Lucida provides some useful language to analyse images, and also clues on how to construct them, I find Camera Lucida strangely lacking.

Firstly, the book does not do enough to create a more precise (semiotic?) language with which to consider photographs.

And secondly, Barthes’ pessimistic sense of the medium, in its failings in spurring creativity, and its focus on death, leaves an empty feeling.

Ultimately, therefore, Camera Lucida gives a rather depressing (and subjective) account of photography.

COURTNEY, Richard. 1971. Imagination and the Dramatic Act: Comments on Sartre, Ryle, and Furlong. The Journal of Aesthetics and Art Criticism, Vol. 30, No. 2.

WAMPOLE, Christy. 2015. What would Barthes think of his Hermès scarf? New Yorker Magazine. Available at: https://www.newyorker.com/books/page-turner/barthess-silken-legacy.(Accessed 26/3/2018).

A well-earned pint after a morning ramble 🍺 . #

Honoured to achieve Fellowship of the Royal Photog