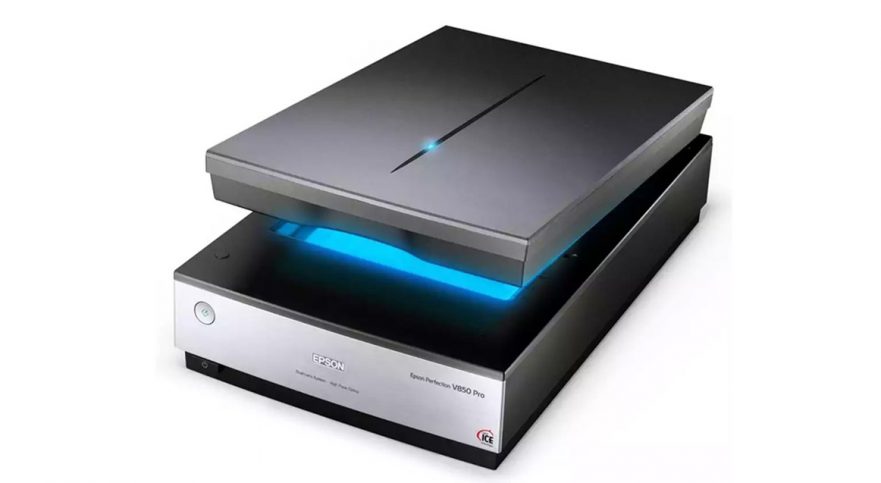 I don’t do my own ‘wet processing’ anymore, so when I send the film away I always also ask for scans. I know this is more expensive than home processing, but it’s a choice for convenience and, frankly, consistent results a choice. I send my work to Exposure film lab whose service I find excellent. They scan with a Fuji Frontier SP-3000 or Noritsu HS-1800 like many / most pro-labs. You can get various scan sizes, though I now always get the biggest they can offer (TIFFS).

I do, however, scan a lot of older slides and negatives myself, using the Epson V850 flatbed, also as TIFFs, and I have written about scanning archives and my black and white process.

A good friend of mine has just got back into film, and is doing their own processing and scanning. He uses his Leica M10 to ‘scan’ the negatives via the Negative Supply gizmo, rather than a flatbed, and he likes the resultant DNGs. We got into a friendly debate as to the best approach. In particular, Jono was qusetioning the relative sharpness of the Epson produced scans.

I cannot do a straight apples-to-apples test on methods, though some time ago I did run a test comparing the Epson versus a commercial scan of medium format Kodak Portra taken with the Bronica SQ-A.

The Portra originals were processed and scanned by Metro Imaging. At that time, I asked for JPGs (an error) and they delivered an image size c.2,000. It is a bit oversaturated. 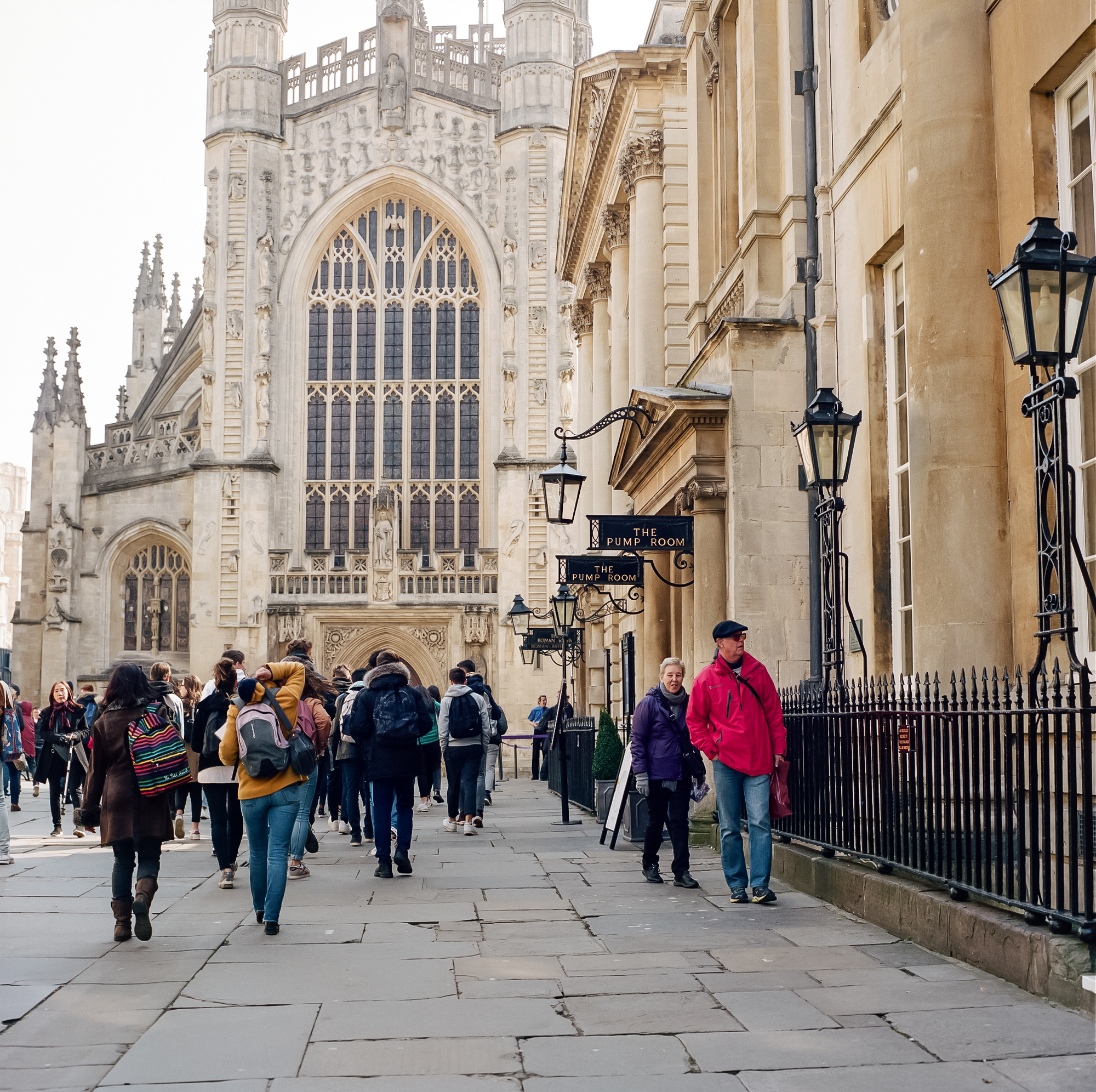 Then I went back and re-scanned using the Epson V850 as a high resolution TIFF – image size 6,000, with better saturation control, here reduced to the same size as the Metro version. 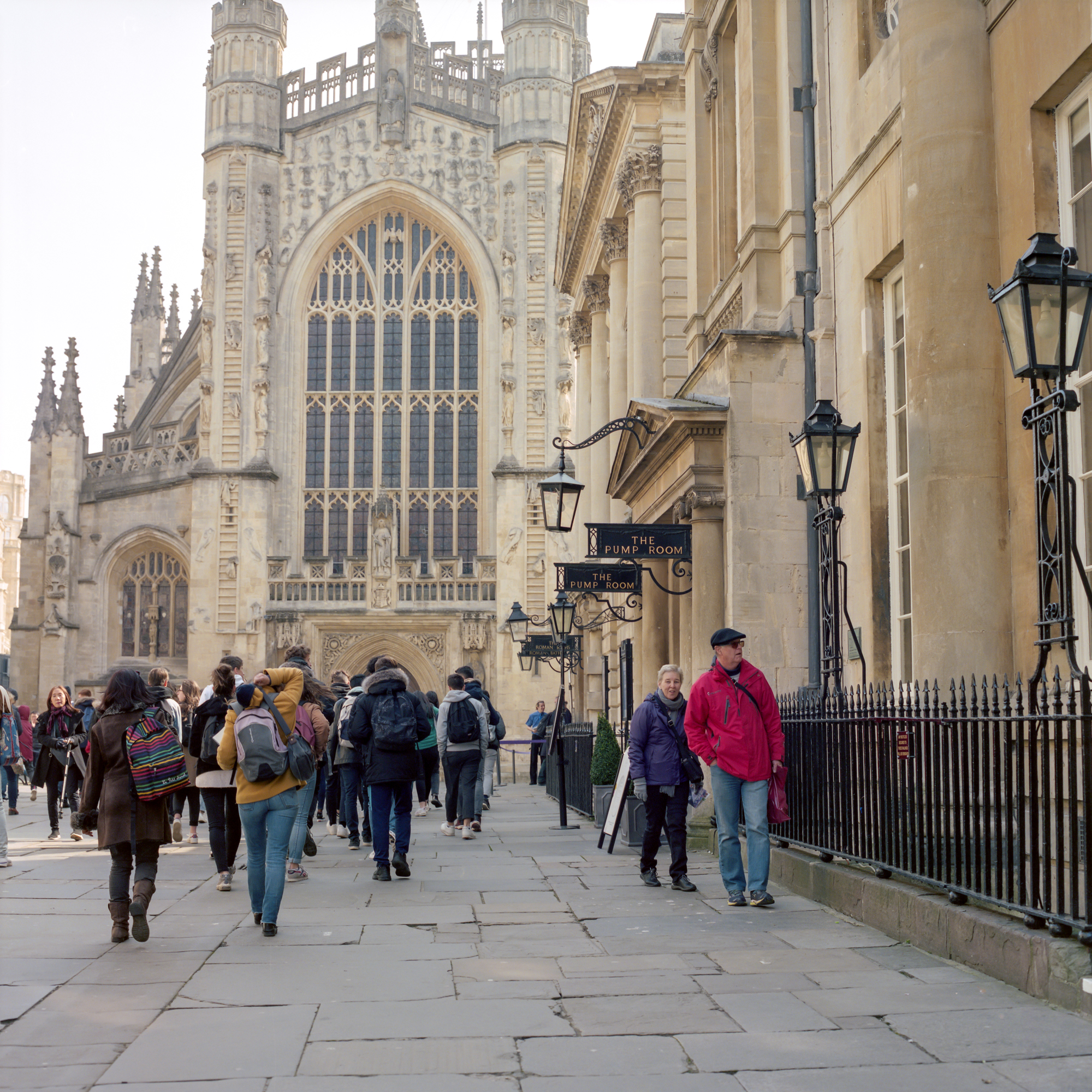 I prefer the Epson colours though both could be tinkered with.

Still, the main point is sharpness. The test isn’t fair as the JPG from Metro is pretty highly clarified, but nothing wrong with the Epson scan.

Like a lot of film work I might add a touch of Topaz Sharpen for a final result.

I also personally value the time saved using the batch processing of the flatbed – it can be scanning 12 negatives whilst I am doing some other work, unlike the camera scan approach which requires one’s constant attention.

Digging around on YouTube, I found a helpful comparison of the Epson versus scanning with a DSLR by Patrick Doyle of Sprocket Holes. Perhaps he gets carried away at the end on megapixels but the workflow points are in line with my own experience – as is the sometimes ‘off’ colour rendition of Negative Lab Pro which I have tried and no longer use.

Anyway, I guess the main thing is that ‘it all depends’ and ‘it’s personal preference’. 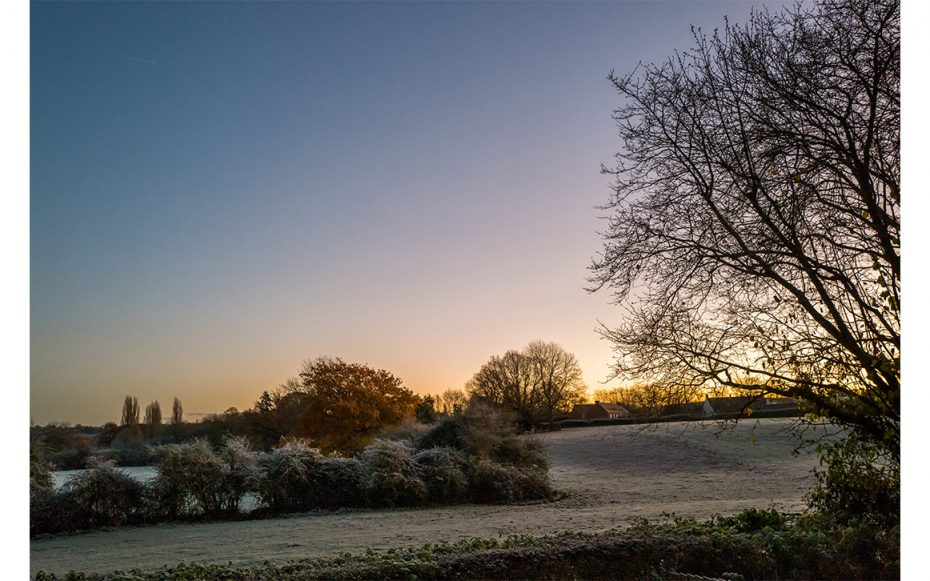 In the world of art and photography, I have long had an interest in the concept of ‘the sublime’. For Burke, the sublime was an experience of shock and awe; for Kant, the sublime revealed a reality that is fundamentally indeterminate, undecidable and unpresentable. He said ‘We call sublime that which is absolutely great’; and for Schiller, the sublime is an ecstatic experience. I quoted this when I reviewed The Weeknd’s Dawn FM for my Top Ten Albums of 2022.

I then came across an interview by Richard Marshall of philosopher Melissa Merritt. She is a Kant expert, and in the interview made these comments:

‘Kant starts the Analytic of the Sublime (in the 1790 Critique of Judgment) with the remark that “we call sublime that which is absolutely great”. There are several things going on there. First, this appears to be some kind of report on common usage, and Kant wants to bring out its philosophical commitments. Second is the idea of absolute — non-comparative — greatness. And third is the issue you raise initially: what sort of greatness is this? Kant glosses the notion of greatness with the Latin magnitudo, which in its most basic literal meaning is physical greatness of size or quantity. But its main figurative meaning is a greatness of significance, of character, conduct, and the like. This richness of meaning suits Kant’s purposes: sublimity is not just a topic for aesthetics, by his lights — in some sense, its natural home is in ethics’.

And later in the interview:

‘I don’t think he [Kant]  is really that original in those claims, and others, in his theory of the sublime. Let me elaborate, and clarify my point. The sheer amount written on the sublime in the ninety or so years before the Critique is mind-boggling. It is as if every educated person with some literary pretentions felt the need to publish a little essay on it. There were a lot of ideas about the sublime “in the air”, and thus it is unsurprising that almost any aspect of Kant’s theory of the sublime, at least if considered in isolation, will seem to have some antecedent in an earlier view. And in some sense, it does. There is much in Kant’s theory of the sublime that comes from elsewhere. But these bits and pieces are transformed in his hands, because he was such a consummately systematic thinker, and because the conception of that system itself was, I think, deeply original.

That said, I was particularly struck when I came across a 1762 letter that the classicist Elizabeth Carter wrote to Elizabeth Montagu, wherein she describes a walk she took that gave her experience of “the true sublime”. Here’s a bit of it:

‘I rambled till I got to the top of a hill, from whence I surveyed a vast extent of variegated country all round me, and the immense ocean beneath. I enjoyed this magnificent spectacle in all the freedom of absolute solitude. Not a house, or a human creature was within my view, nor a sound to be heard but the voice of the elements, the whistling winds, and rolling tide. I found myself deeply awed, and struck by this situation. The first impression it gave me was a sense of my own littleness, and I seemed shrinking to nothing in the midst of the stupendous objects by which I was surrounded. But I soon grew more important by the recollection that nothing which my eyes could survey, was of equal dignity with the human mind, at once the theatre and spectator of the wonders of Omnipotence. How vast are the capacities of the soul, and how little and contemptible its aims and pursuits?’ (Letters from Mrs. Elizabeth Carter to Mrs. Montagu, London: F. C. and J. Rivington, 1817).

What she describes pretty nearly illustrates the core ideas of Kant’s theory, which didn’t appear until almost thirty years later. The main reason for this, I surmise, is that Carter was a translator of Epictetus: and she, like Kant, appears to have been influenced by Stoic moral psychology. I don’t know enough about Carter to substantiate that properly; but I do hold the view that Kant’s aesthetic theory of the sublime is ultimately an extension of his moral psychology, and that his moral psychology is deeply influenced by Stoicism‘.