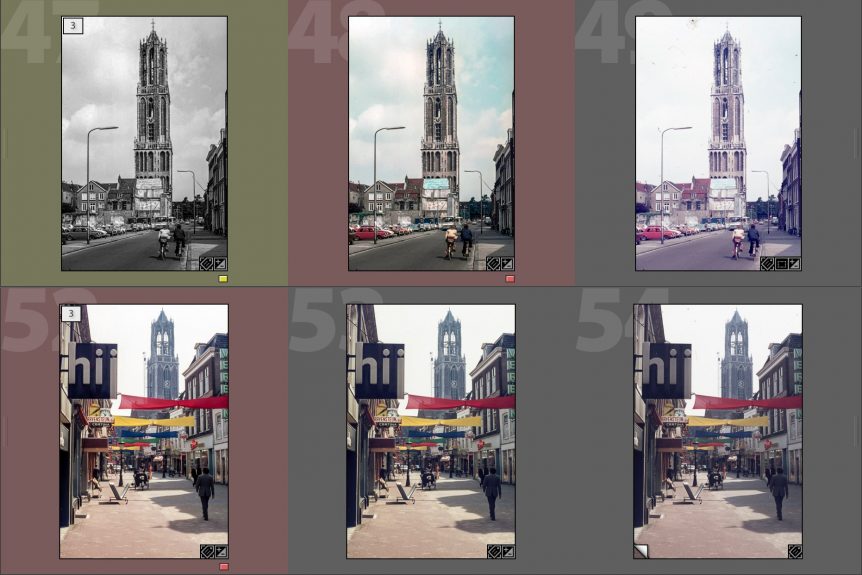 I am now approaching my slide archives in a  somewhat more disciplined way. I first starting using slide film in 1970, and chose Agfa CT 18. Mot exactly sure why, but I enjoyed the colours and it was widely available. Films were sent back to Agfa and returned in tough, orange plastic boxes, properly mounted in plastic. 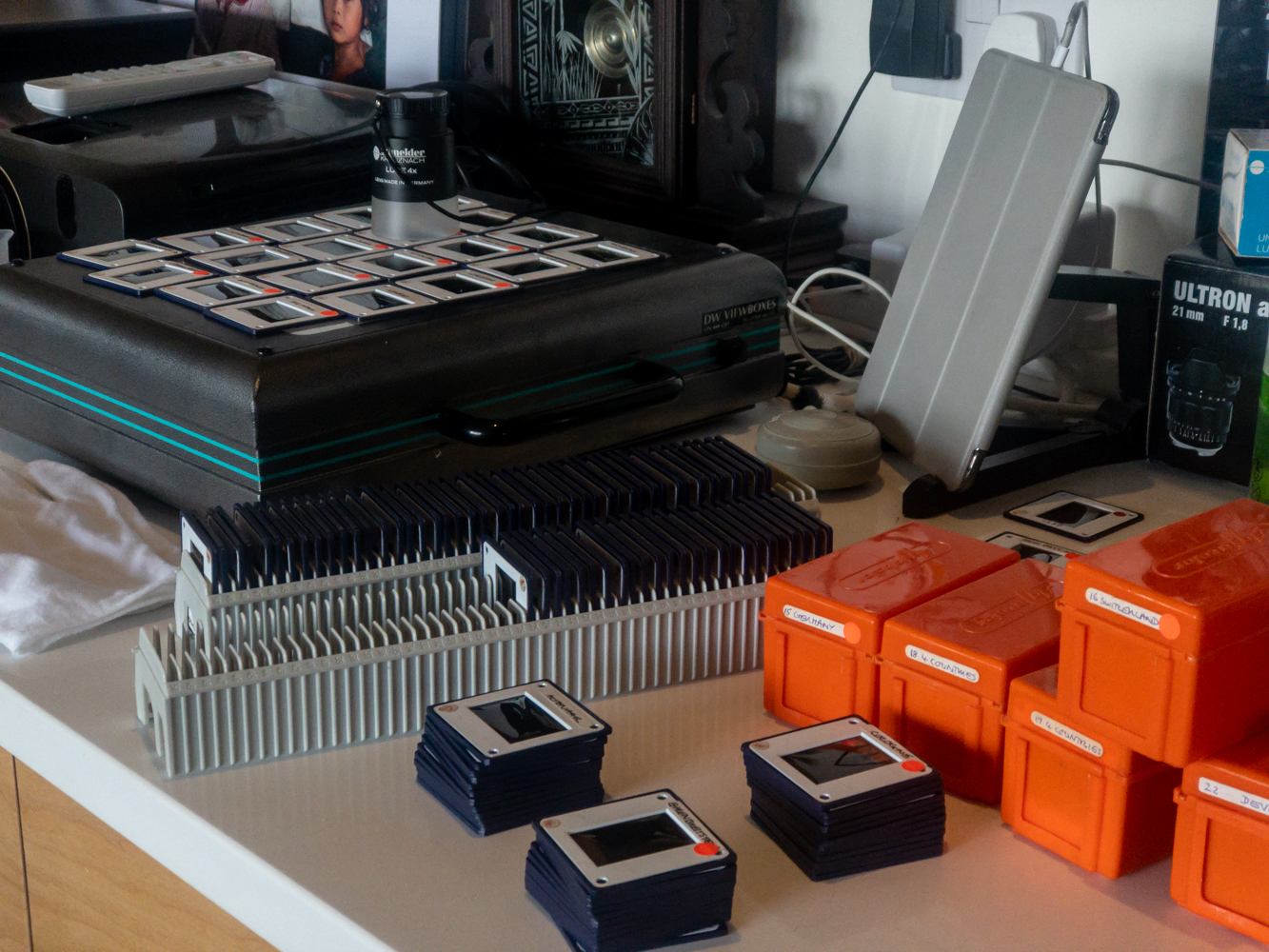 I had inherited from my Dad the idea that every slide should be catalogued. So I have a books with details of every image that I ever took until I moved to digital in 1999. To start with these are all handwritten, and I only started using computer lists properly around 1985 – eventually graduating to Excel. Details include place, date, camera, film and so on. I also stuck a sequential number on each slide to match the lists, and often a label explaining where it was taken. Whilst this was super-time consuming, it pays off today.

I also chose the best images (added a red spot!) and put them into magazines for the slide projector. I have about 200 such pre-loaded magazines. But I always kept the originals that had been left out.

After a bit of random fiddling, what I am now doing is matching the magazine contents with the discarded slides in boxes, to be sure I really do have the best possible collection.

As noted before, I use an Epson V850 scanner, inspired by trying a similar machine at Falmouth during the MA. Previously I used a Plustek. The Epson software is very easy to use (much more so that Silverfast or VueScan) and 12 slides can be batch scanned. I have posted before on settings – but I have since modified the workflow. I now scan to a  TIF at 3200 dpi, with a totally ‘flat’ scan, and usually without using Digital ICE. This yields a file size of around 65mb – scanning at 6400 yields 250mb files which seems excessive.

The scans are filed according to the subject and date (e.g. European Holiday in 1973, Leeds University 1970 and so forth) then imported into Lightroom. I have a master catalog for all of the scans since I started working (rather more haphazardly) on the archive 6 years ago.

Here is an example: 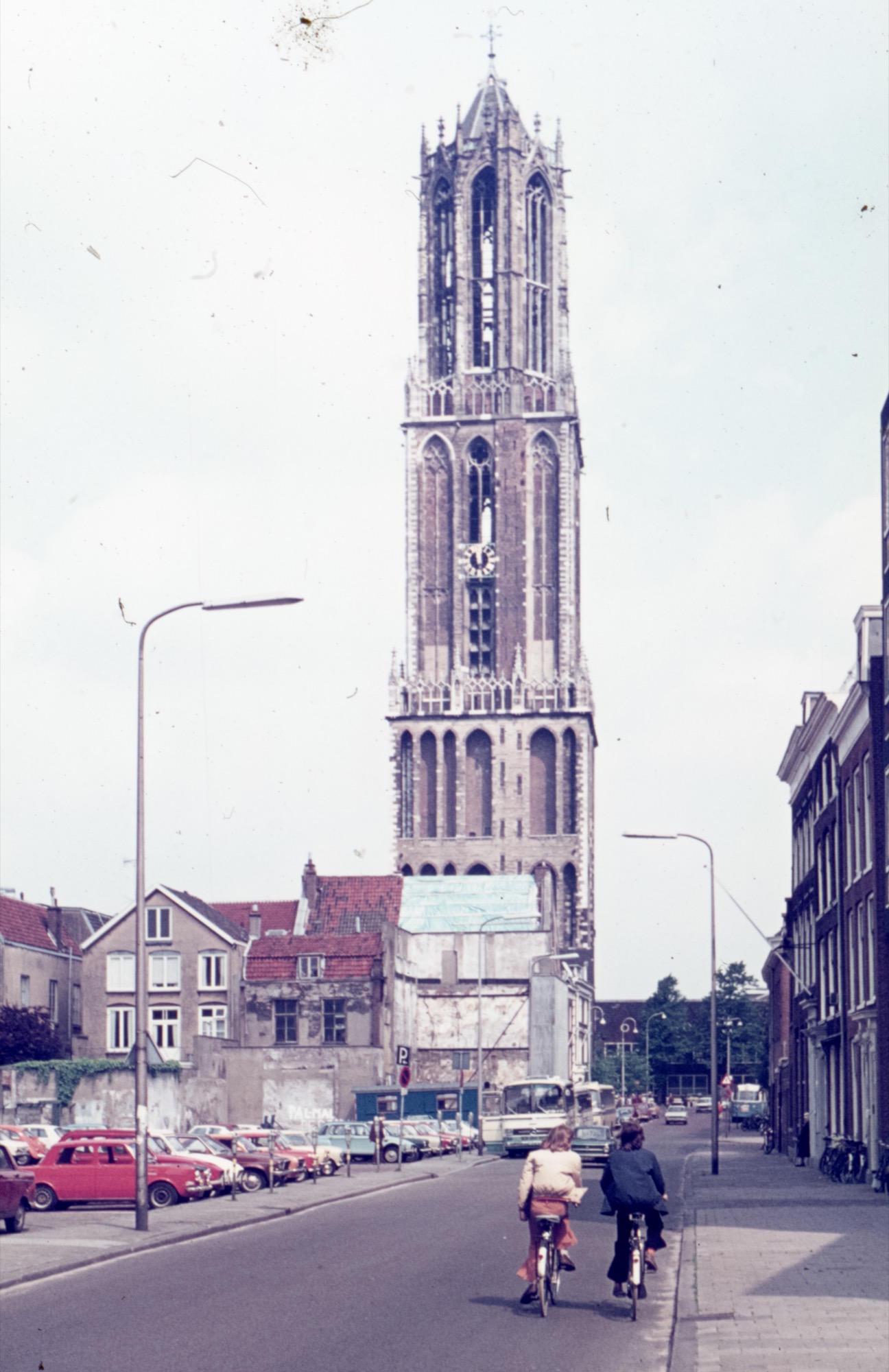 The Praktica I sued had (I think) a Domiplan lens, which as hardly up to contemporary Nikon or Pentax standards. But It still could yield quite pleasing images.

In Lightroom I make some basic adjustments to contrast, brightness and clarity. I have found that Agfa CT 18 tends to go purple over time, so I eliminate this cast by desaturating purple (and occasionally, magenta). Whilst some images can be finished in Lightroom, I tend to use Photoshop to remove marks and damage as i find the tools more precise that Lightroom healing. Photoshop ‘auto tone’ is a surprisingly robust and accurate tool to correct overall colour and black point levels.

As I have written before, I find the Topaz suite of plugins very good – although you have to be careful not to overdo their use as it can create ugly striations. ‘Sharpness’ works well, with the associated noise reduction. In more extreme need, I will use ‘stabilise’, though sparingly. I always make these adjustments on a separate layer in photoshop, and save the whole thing as a TIF to Lightroom. Any final adjustments are then made. 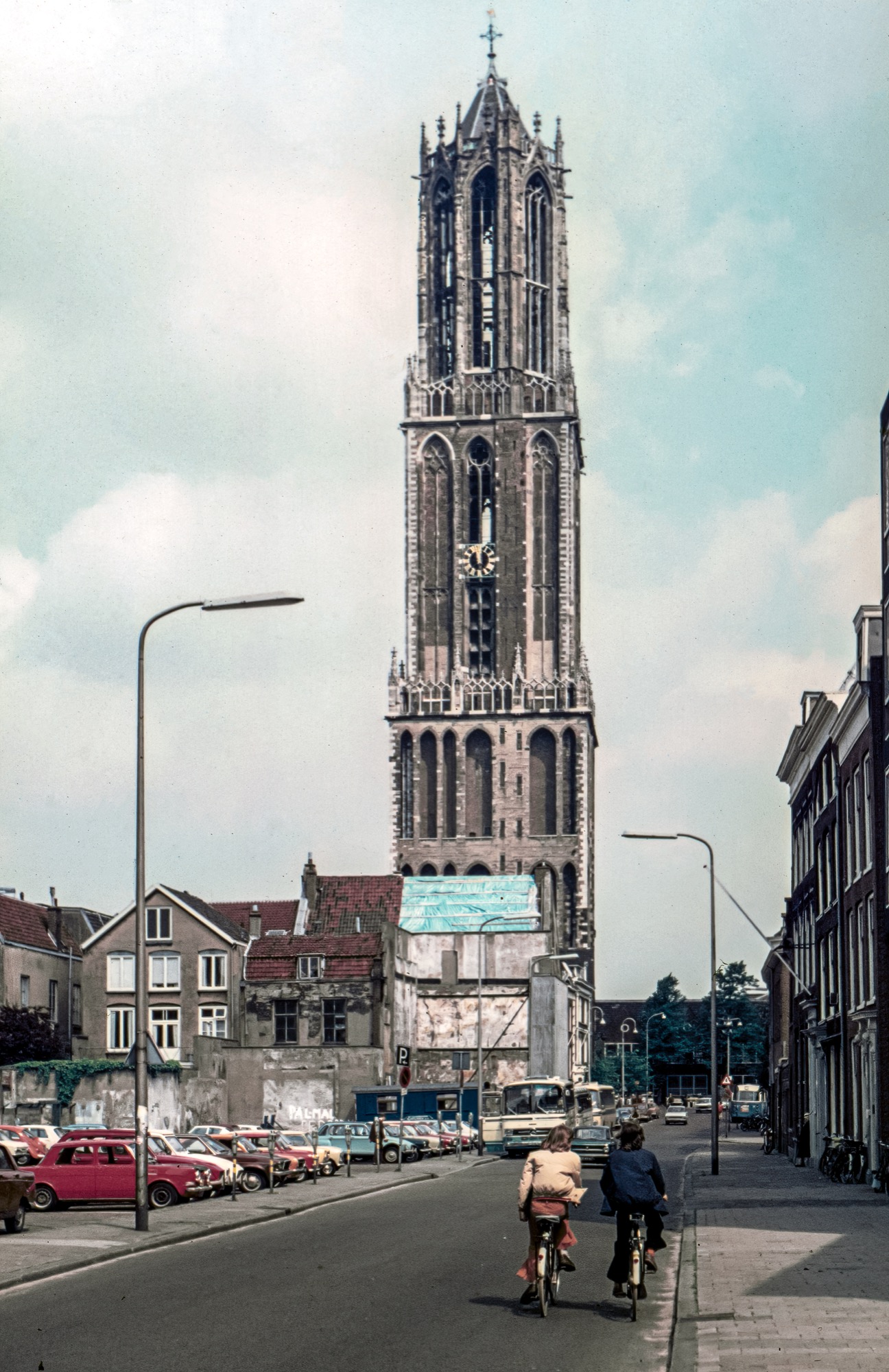 Pictures reproduced here are smaller sizes for easier web loading, so are not quite as sharp as the final restorations.

In settling on the overall colour, I check against other slides taken in the series, to guesstimate the ambient light and colour reproduction – some slides are more faded than others. Yes, this is very time consuming but I do think the results are worth it, as is having a standard workflow.

Occasionally I will do a black and white (using the Tonality Pro plugin, my usual go-to for conversion). 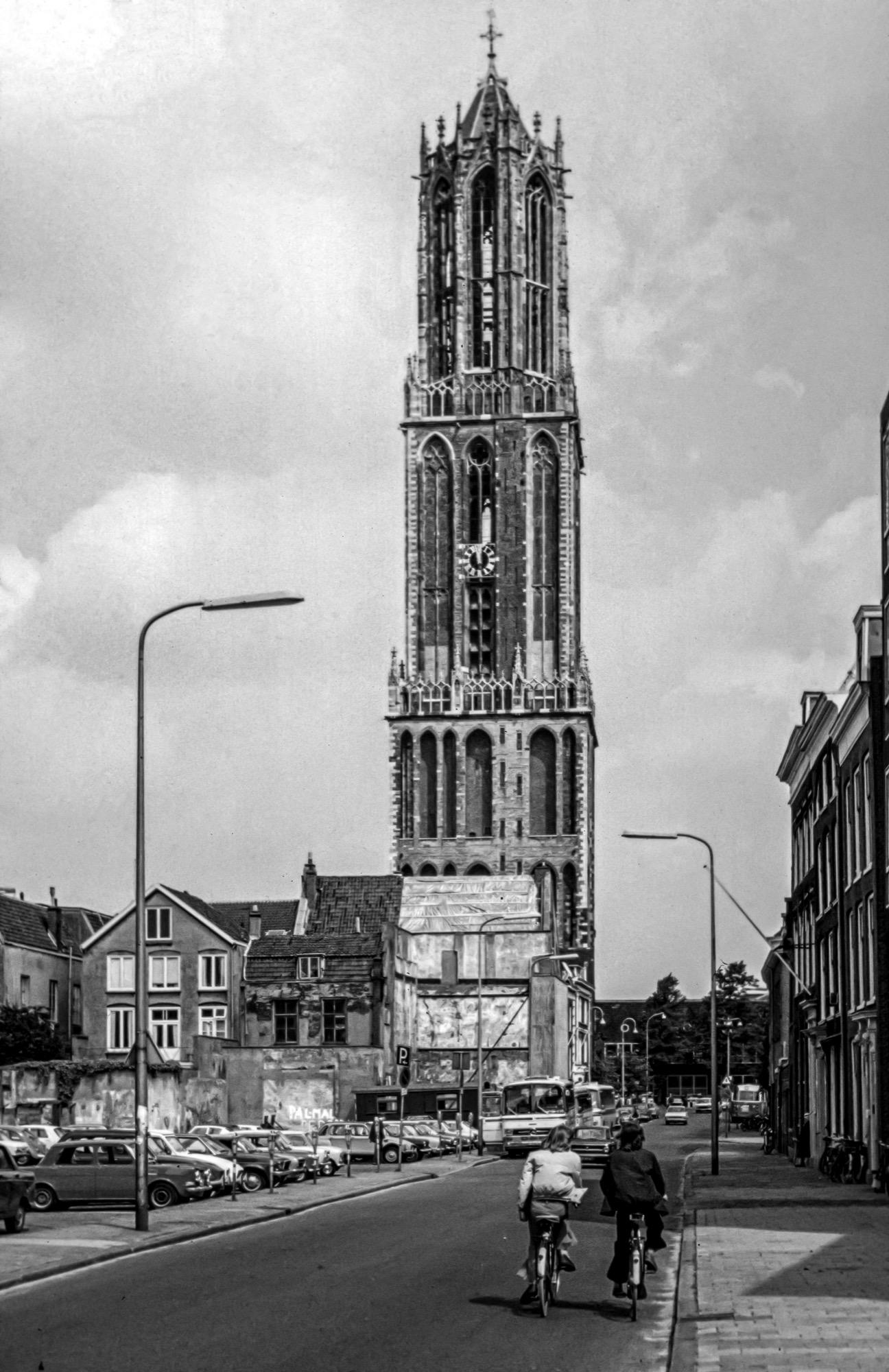 Black and white can of course cover  multitude of sins.

My interest in street photography has been long standing, and with the passage of now almost 50 years, a documentary archive is well underway. Looking at the series, I was particularly pleased with this next photograph, taken on the same trip in Amsterdam the day before.

Click on this image to see a larger version (it is a 13mb JPEG so might take a few seconds to load). 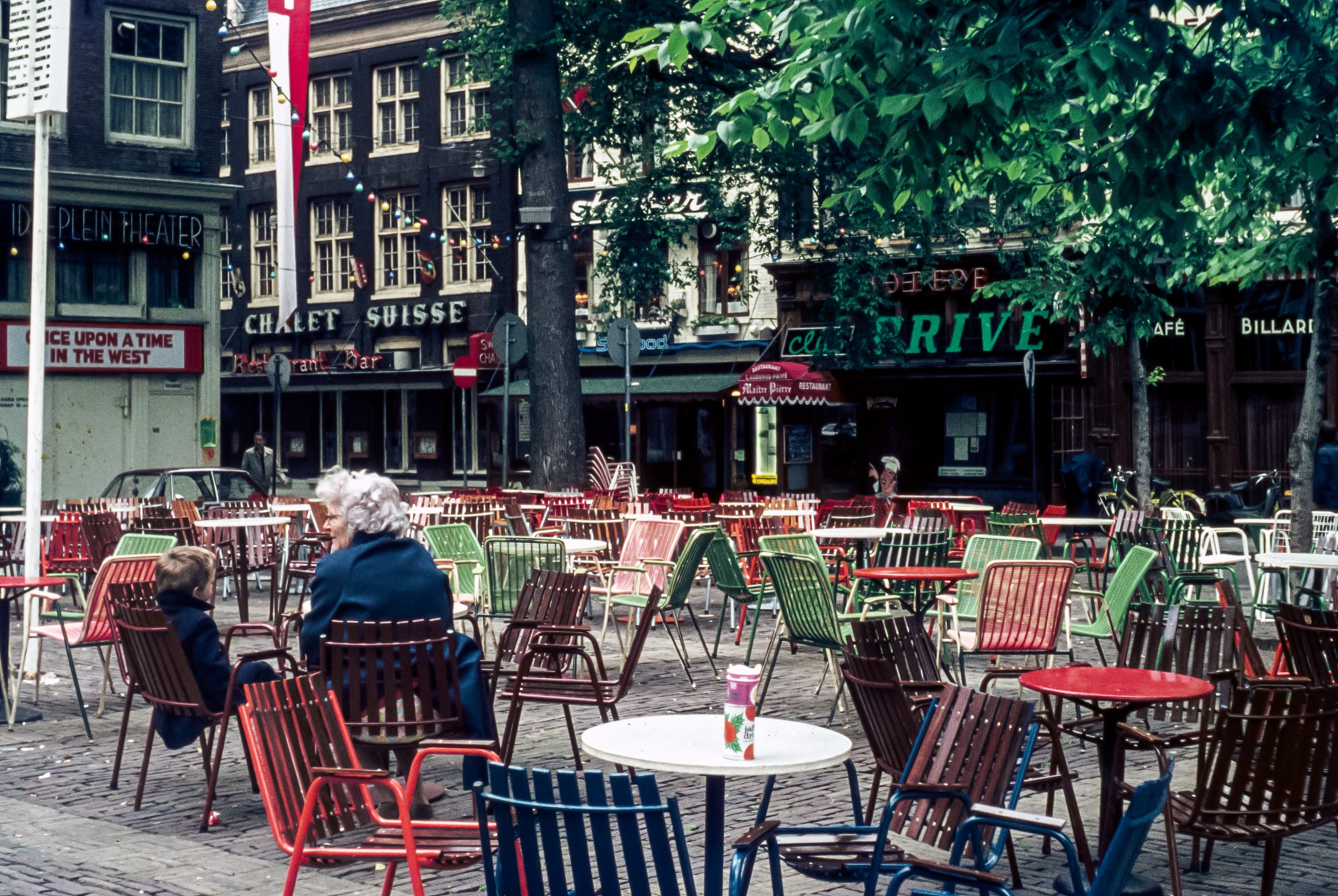