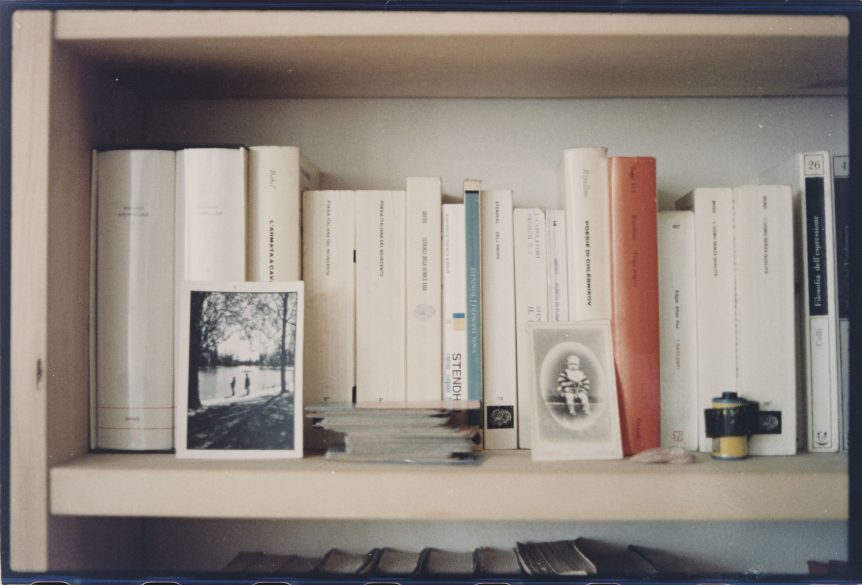 I am going to start this (overly long) post with my conclusions:

This all came via a conversation that I had with David Norfolk, which seemed timely to my current research.

‘I knew the Spice Girls’ is an especially interesting chapter in Fontcuberta’s book Pandora’s Camera: photogr@phy after photography.

It is based around a 1997 picture, taken in a digital photobooth (note, not a skilled photographer), showing Joan Fontcuberta surrounded by Spice Girls – with nary a real Spice Girl around.

Joan makes the point that digital photography is probably closer to painting – which, like inkjet printing, constructs an image

… than it is to analogue photography.

‘The digital image no longer shares the essential functions of a photography committed to authenticating experience, but its tremendous impact is still based on simulating membership of a pre-digital photographic culture, even though that culture has fallen into abeyance’.

I agree – the digital photo is a bit of a con trick!  Unless, that is, a particular photographer can build a trust relationship with his or her audience, such that this photographer is trusted to authenticate experience. This is more likely to work for a news photographer working for a respected newspaper with known standards than for an independent “influencer”, of course. Is the plethora of claims of “Fake News” related directly to the loss of photography as a trusted authentication of experience?

Yes, I know that photographs have always been manipulated (and choice of point of view can be a source of “bias”) but most people couldn’t do analogue manipulation (Instagram filters are easy) and perception is everything…

To summarise Joan’s point of view:

‘Photographic representation [now] cuts loose from memory, the object absents itself, the index evaporates. The representing reality gives way to the construction of meaning’.

David: (in response to another comment made on his original FB post that cameras are just tools …)

‘the means of technical reproduction transforms (destroys) the aura of the work of art, undermining its authority through reproduction and liberating the work from history’.

I take that as implying that digital photography might be different in kind from analogue photography, it might be more than just ‘the right tool for the job’. [However] if ‘Aura’ is a quality integral to an artwork that cannot be communicated through mechanical reproduction techniques – such as photography – I’m not sure that I agree with Benjamin, but digital and analogue might have very different ‘auras’.

‘even the most perfect reproduction of a work of art is lacking in one element: Its presence in time and space, its unique existence at the place where it happens to be.’

He referred to this unique cultural context (i.e. its presence in time and space) as its ‘aura’.

Well, a photo does have a presence in time and space – eg Capa’s photo of the ‘Spanish Republican’ being shot, [though] less rigidly defined than that of Landseer’s ‘Stag at Bay’.  And the ‘time and place’ of an instagram pic is about as defined a the time and place of a quantum particle, but no less ‘real’.

I do agree that the choice of photographic tool influences ‘physically’ the image taken (obviously) – and how the photographer ‘mentally’ conceives the image.

I also agree with Fontcuberta’s point that representation is construction.

I have been reading Luigi Ghirri recently, and whilst some of his text is almost as impenetrable as Fontcuberta’s, the sense that every photographer is always ‘in’ the image that she or he creates is overwhelming. For example:

‘I also want to state that I find the belief in a ‘free’ unconstrained and candid vision absolutely mystifying: in fact, one needs only to realise that the choice of photography, as a medium, reveals how I already ‘in’ the book [Identikit]’. (pg 53, Identikit, The Complete Essays) ‘Photography is not mere duplication, nor is the camera simply an optical device that brings the physical world to a halt; photography is a language in which the difference between reproduction and interpretation, however subtle, exists and gives rise to an infinite number of imaginary worlds’. (pg 65, Still Life: Topography-Iconography, The Complete Essays).

Recall that Ghirri was an analogue photographer. I do get rather tired of the ‘digital versus’ analogue’ thing, though that will not go away.

Manipulation will use (and abuse) whatever tools are available to it. In that, whilst possibilities for digital are now virtually infinite, the linkage between image making of all kinds and manipulation (physical, psychological and political) is timeless.

The way that I read Walter Benjamin is that any form of mechanical reproducibility reduces art’s ‘aura’. I choose to read ‘aura’ as a combination of uniqueness, timeliness, and Barthes punctum.

A point that has always intrigued me about Benjamin is that, whilst he is a socialist, there seems almost a sense of ennui in his writings about the loss of elite uniqueness of art because of mechanical reproduction. Surely, ‘art for all’ must be a good thing?

It is true that copies reduce the intrinsic (financial?) value of a unique artwork. When we view the Mona Lisa for real, behind its protective shield, are we really looking at it, or simply using it as a reference for all we have previously seen and heard about the painting? We ‘know’ it before seeing it.

This loss of ‘aura’ has only accelerated with the ability to immediately transmit and network images.

Interestingly, though, McLuhan has never been more right – the medium is (increasingly) the message.

And whilst McLuhan was writing in the ‘technical’ TV era, he was pre-digital in the sense of the universal ability for all mankind to create and share imagery. Again, though, his principles stand.

I conclude that digital not so much different to analogue in its core principles of use. Whilst digital has seemingly infinite capabilities, the same principles that Benjamin (and McLuhan) wrote about still apply. It is a continuum, just another apparatus.

Related, however, there is a very strong case that digital is a closer approximation to how the eye/brain works than analogue ever could be.

It may not have come across, BTW, but I don’t think that digital vs analogue is a good vs bad thing, either way. There is a continuum and they are at opposite ends, IMO.

But analogue manipulation, say, was available only to the highly skilled elite; digital manipulation is available to everyone and can be as easy as entering an automated photobooth.

I haven’t read your post yet, but my immediate response is, yes, the brain is no sort of accurate, analogue, image capture process, it deals with a multitude of dimensions including expectation and experience, in a way that even the most advanced digital capture systems (even those including neural net manipulation) can’t even approach …