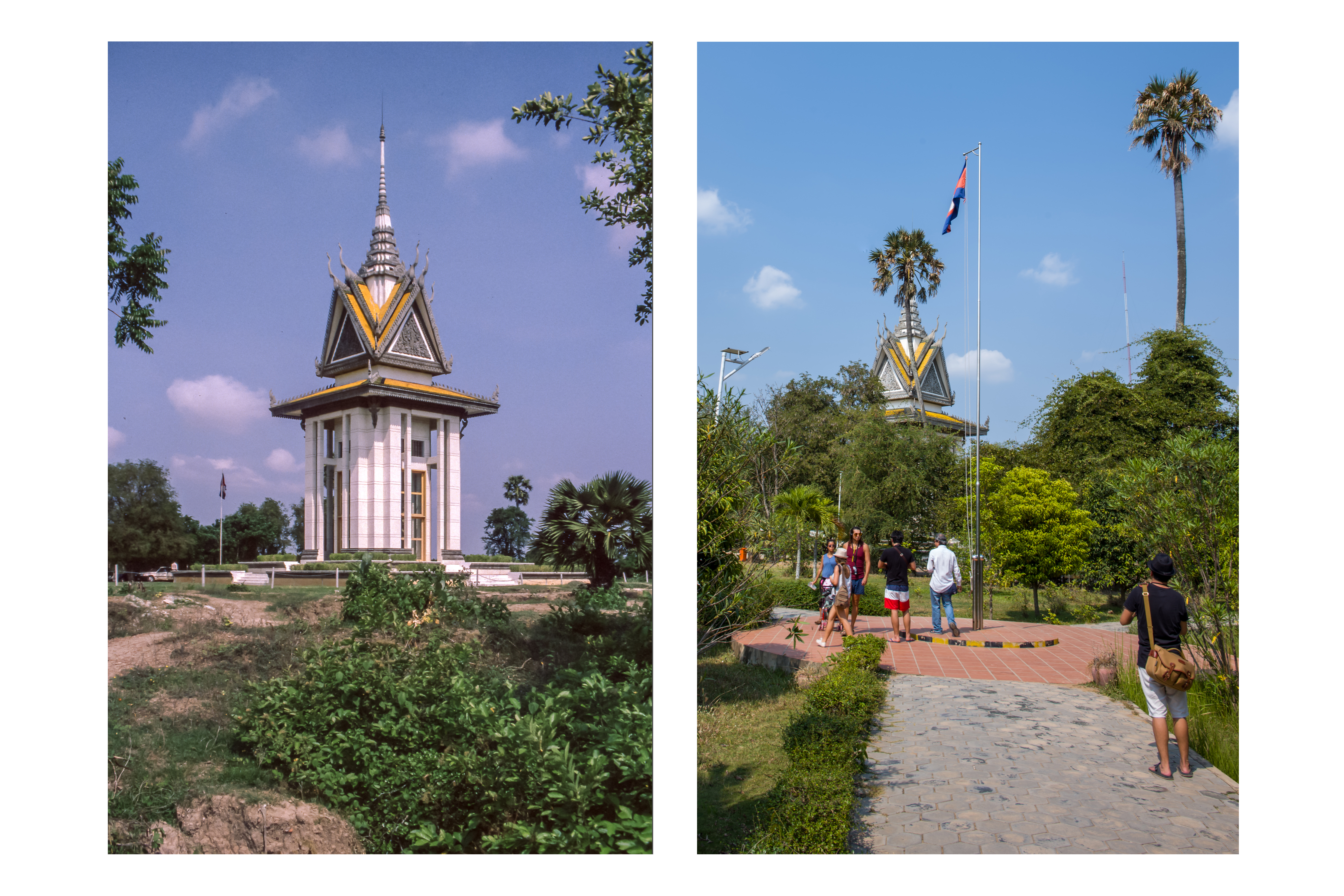 In the first week of Surfaces & Strategies, we were asked to consider a ‘Place over Time’, with these steps:

I chose the Memorial Pagoda at Choeung Ek, the Killing Fields, erected in 1988 to house over 8000 unearthed human skulls from the unmarked graves at the site. We first visited in 1994, when the Pagoda was relatively new. The last time I visited was in March 2018 – a 24 year gap.

Images from roughly the same angle are shown in the header. The first was shot on film, and the second, digital.

In many ways the scene is the same – a melancholic, sad, silent memorial to the lives lost in the genocide. In 2005, the Phnom Penh Municipality leased the site to JC Royal for 30 years. The company then paid Phnom Penh $15,000 a year, in return for upgrading the site and charging admission fees.

Today, there are walkways around the graves, and many more tress and flowers. Visitors are always respectful, but that doesn’t stop the photography or the selfies … I chose to re-photograph the two images in the presence of an Angkor Stone carving, reflecting the glories of the Khmer Empire (9th-1th Centuries), wondering what those proud empire builders would have made of what happened. And also wondering what they would make of how we deal with the tragedy, today.

The still-life uses a wooden background, for two reasons. First, the women’s wooden cells in Tuol Sleng still remain, creating a link between the two sites. People were tortured at Tuol Sleng, and if not killed there, were executed at Choeung Ek.

Second, I wanted to reflect the base of the carving, to connect directly with the Stone Head.

The layout is strictly geometrical, in total defiance of the unpredictable horror of Genocide.