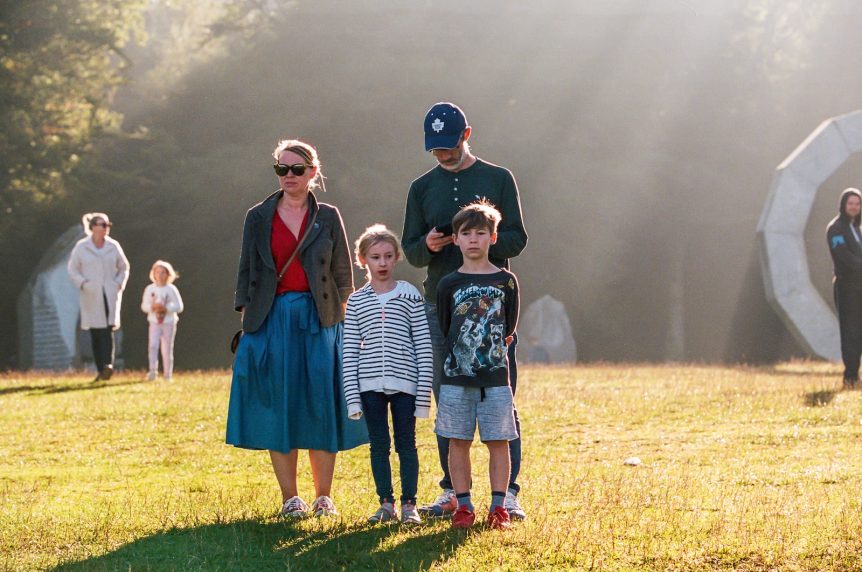 The MA is now in its 21st month. In that time I have flown almost exactly 50,000 miles to and from Cambodia. Looking at my bookshelves, I have added over 120 books to our library on Cambodia and related history, atrocity, Genocide, documentary photography, ethics and critical theory – not to mention several dozen photo books for inspiration. There are over 3,000 items in the folders labelled ‘Falmouth MA in Photography’ on my computer, and another 200 on philosophically-related issues. 1,015 web bookmarks attest to search, and I think I have averaged more than one significant gallery visit a month – obviously more if you count Arles, Paris Photo etc.

The Lightroom Catalogue for Cambodia contains 33,678 images – pictures I have taken since 1994, film and digital, and some imported archive materials – with 17,575 photographs taken in 2018-2019, many of an experimental variety.

This post is the 379th in my CRJ since the start of the program.

Ingrid would argue that is irrelevant to put a cost on this, other than psychological obsession. But one thing is abundantly clear. My practice in the past 21 months has been very research intensive and thus research led, both in the academic and executional senses.

‘Unfinished Stories‘, the title of my work, appeared conceptually in a post I wrote on January 29th, 2018, the first week of the program.

I think it is worthwhile to summarise my process, with a view to including some of the most salient points in my FMP Critical Review of Practice.

Extracts from my first oral presentation, in Positions and Practice dated March 31st, 2018 are telling:

‘First, I need to understand the impact of history better. … Second, I will retrace steps we took with Sarath and the others involved, in the heart of the countryside. …  Third, I need to see what is going on in education today, including what Sarath is now doing’.

‘There are many ways this project could go. At root, it is about the linkages between Khmer Rouge times, what happened then, and how it has impacted education long-term. It could therefore be a largely biographical piece, about Sarath and his family. Or it could be a more general documentary about education, and the still pervasive impact of the Khmer Rouge Genocide’.

‘The end point seems pretty clear. I want to stage an exhibition in Phnom Penh, accompanied by a book – and then take it to whoever else will have it’.

‘The most important thing is that Sarath and his family are really excited about it all. I thus see it now as not just a project, but as a responsibility’.

The project evolved to focus on the personal and previously untold stories from the Genocide years, set firmly in the context of the historical run-up to the Khmer Rouge, and brought up to date with Sarath and Simeth’s work in education since the years of war. Executionally, it has led to a book being printed and published in Cambodia, and a first installation of the distillation of the photographic work in the UK.

I have often wondered why Falmouth seemed to downplay my work on the book, in favour of the eventual installation / exhibition / public display. From the beginning, Jesse and others warned of trying to do too much, seeing that the project could become very open ended – which of course I agree with. At the Arles face-to-face, he warned the other participants that they didn’t need to do the amount of work I showed!

I am reminded of the words of John Smale. John was CEO of Procter & Gamble in my formative early years as a General Manager and VP. He was without question the most inspirational CEO I ever worked with, and he invariably asked a question about my work that I hadn’t thought of. When he retired, over drinks I asked him how he did this, as there was so much he needed to attend to across the company. He called it the ‘piece of string theory’.

When someone presents something to you, they expect either approval or a question. So, he asked the first question. If the answer was good, or if John felt comfortable that the person knew what they were doing, no more questions. If not, another question, and so on. Either the ball of string held, or everything unravelled. When I asked John how he chose the first question (P&Gers were and are notoriously over-prepared in presentations to management, to try to think of everything) he answered “Ah, Mick, that is the trick“.

To paraphrase, I have long held the view that to deal even with the superficial, one must have some depth.

In retrospect, the misconception about the book is partly my own fault. My longstanding involvement with all things Cambodian led to a belief that the book was an ongoing project, and I only now seem to have corrected that view.

As John Bercow would say, ‘for the avoidance of doubt’, without the MA I would not have started the book. Making the book as accurate and as clear as I could to tell the Unfinished Stories was a major driver in all aspects of my research. I will be including the book in my final presentation of my work.

In the past 9 months, making the book a reality has been a huge proportion of the workload – both in research intensity, imagery and detailed editorial work. Fortunately, we are lucky to have Victoria, a talented designer, who carried the design and curatorial load for the book. Getting the book published in Cambodia, ‘by remote’ as it were, has also required a great deal of project and time management.

A critical part of my entire process has been working through how best to visualise and bring alive those stories, leading to the ultimate distillation of my FMP portfolio.

The images that will become the core of the FMP Portfolio were taken against carefully transcribed personal stories of the Genocide years. Their style evolved from my pre-MA documentary approach, ‘dark tourism’, through environmental portraits, to experimental cyanotypes and negatives (for Landings), and finally settled on black and whites of landscape and traces taken in infrared. I hope at each stage I have been able to critically explain and evaluate the work.

It is also worth noting the deeply collaborative aspects of the project. I am aware that my thorough approach to things (and my demeanour) could superficially suggest a rather ‘go it alone’ approach. Nothing in fact can be further from the truth. From the beginning of Ingrid’s and my involvement in Cambodia, we have worked in full partnership with others – Save the Children, the Ministry of Education, and ex Khmer Rouge. This is no different for Unfinished Stories, and has now extended to local printers, artists and retailers. I should also note that the business world of regular and blunt performance reviews makes feedback an expected and useful practice.

As I write this, I am actually seeking a ‘people’s vote’ on my final FMP images. I do not expect to slavishly follow the results, but my 40 years in business has ingrained the power of consumer research in getting the best audience communication.

I see the book, and the upcoming BRLSI installation as more than a ‘photo show’. I see it as an educational opportunity, which must be done impactfully yet respectfully. The audiences for the work, Cambodia and Europe, are quite different. So the goal has long been to create a consistent body of work for both, whilst dealing respectfully with local cultural difference.

This has led to my current statement of practice:

Stepping back, the MA has underpinned some of my going-in methodologies – detailed research, planning and collaboration. But it has greatly added to my academic and practical tool kit around photography. In all of this, I am extremely grateful to Falmouth’s tutors and staff.

The work of the past 21 months has also increased both my capability and desire to teach in the photographic ethics arena, as I am gradually morphing my focus at the University of Leeds and elsewhere. I am Visiting Professor, Interdisciplinary Ethics, so this seems a natural progression.

I have started building a framework for photographic ethics, as I find the current literature under-developed and not terribly rigorous. Here is the latest iteration:

In general, I sense a malaise of the superficial and (bluntly) pompous in photographic academic writing. It too often has a loose use of language, under-researched personal and dogmatic opinion, or a dollop of ‘arty bollocks’. My CRJ has several posts on these issues.

This is frustrating, although there are of course notable and well-argued works out there. Allan Sekula and Robert Hariman / John Louis Lucaites on documentary, Jae Emerling on Critical Theory / history, Susie Linfield and Barbie Zelizer on atrocity, Christopher Pinney on culture and anthropology, and Michelle Caswell on Cambodian Genocide imagery all come to mind. On ethics, other than Paul Martin Lester, there is little in recent publications. Even Lester falls back on Kant, Aristotle and John Stuart Mill at the core of his SEA framework. Contemporary photographic ethics needs rigour and new research.

Related, one of my pet peeves is that these days everyone seems to be a ‘socially engaged photographer‘. I am not at all decrying good intentions, but the resultant work shows little understanding of what social change actual entails. Another loose use of language and critical analysis, perhaps?

More on that anon.

Now, to get the FMP ‘done’. Whilst the book is with the printers, the images and other materials for the installation still need much work and practical research to create the best possible audience communication and experience.