I thought that I had posted about Afterwards before, but somehow it got missed. It was one of the first books that I bought, early in the MA, when I was exploring aftermath photography. The book paralleled my exploring Sophie Ristelhueber’s work, and introduced me to that of Adam Broomberg and Oliver Chanarin.

I did cover some of the photographers, here.

Natalie Herschdorfer pretty much summed up the challenge of aftermath photography:

‘Can peaceful, seemingly ordinary places evoke experiences of horror and death? Do the scars of history leave a permanent imprint on a landscape’? (2011, pg. 14).

And Herschdorfer’s introduction to the book is a concise view of the historical and social context of aftermath work, today. We have moved from the heroes to the victims.

‘There are many written accounts of the conditions victims have lived through but it is difficult to show images of the suffering endured. Today the notion of trauma is present in every mind when the subject turns to survivors of genocide, persecuted asylum seekers, victims of slavery or war. We have come to think of trauma as a psychic mark that is as real as a physical scar this awareness of trauma has given victims a new legitmacy and it gives contemporary society a conduit for reflecting on the horrors of the world. Also, today the border between victims on the side of ‘good’ and ‘evil’ has become blurred: American war criminals and survivors of massacres may suffer the same psychological damage.

Our whole relationship with history has changed: from hero worship, spectacle and propaganda we have now moved to denunciation. Instead of the winning side’s version, we now focus on the tales of the vanquished. The media have focused on suffering and disaster, and mental disorders are being highlighted as major problems of our age. In a way, contemporary photographers are also seeking to use their work as a form of treating the psyche of the victims‘. (2011, pg. 19).

Going through the book, several photographers caught my attention.

In 1977, Luttringer was kidnapped and held in a secret detention center. Eventually she was released, and after her return in 1995 went back to tell the story. She did it through photographing the cells, and including short, simple and powerful testimony from the victims.

Of all the work in the book, this is closest to what I am trying to achieve in my latest WIP. If I have a critique, it is that each story seems self contained, but that is a nitpick. I believe that this is stunning work. 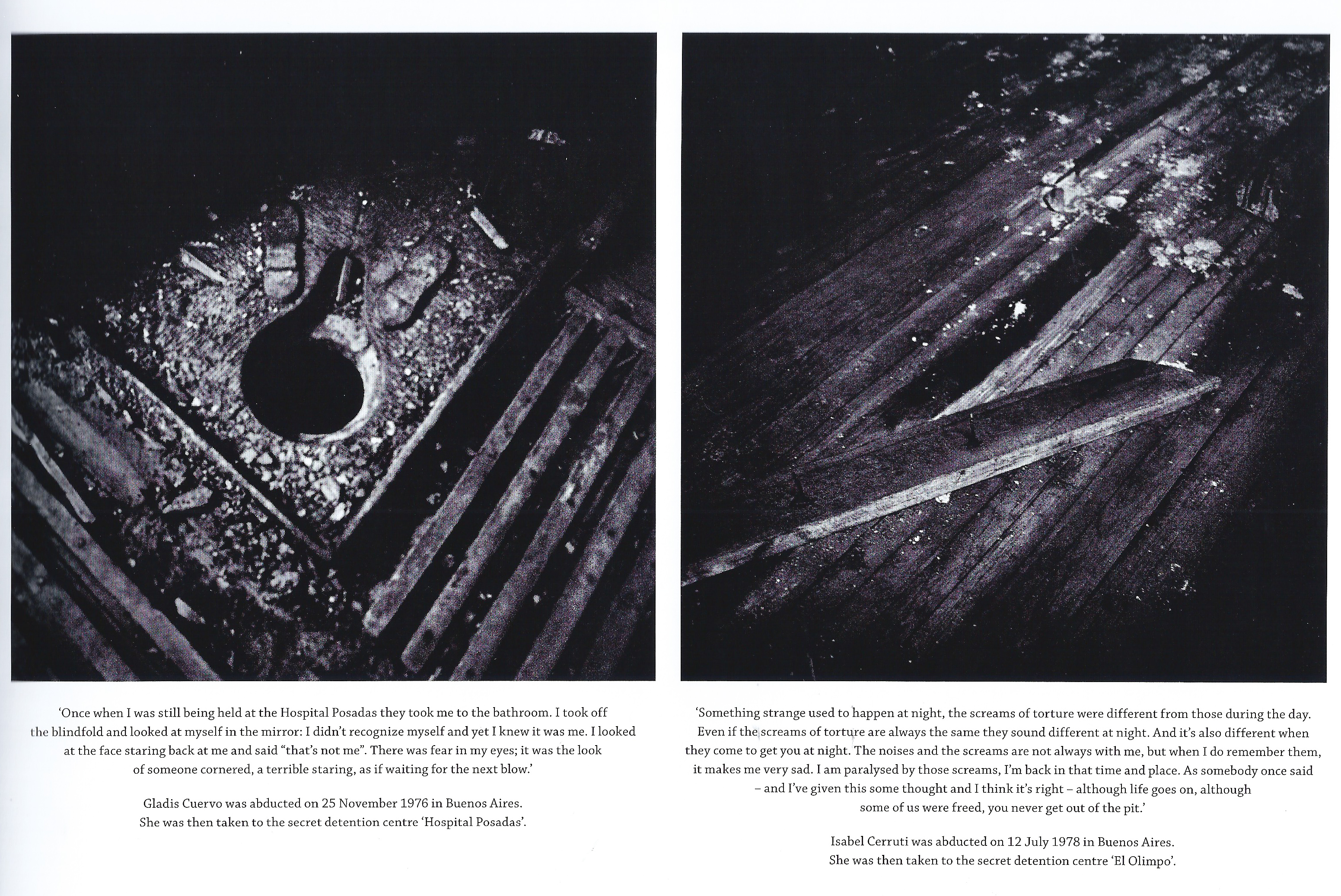 Hugo was in Rwanda, recording the aftermath of the Genocide. He captured the detritus of the atrocity, the traces. Whilst this involved many poignant and troubling human artefacts, Hugo noted that he wanted to keep a certain distance away from the victims, adopting a very rigorous and methodical approach.

The aesthetic is consistent, the compositions likewise. Powerful images, although that distance is not what I need to tell Sarath’s stories. Also, it is too easy to fall foul of dark tourist work, as, in fact, I did in my early photography for the project. 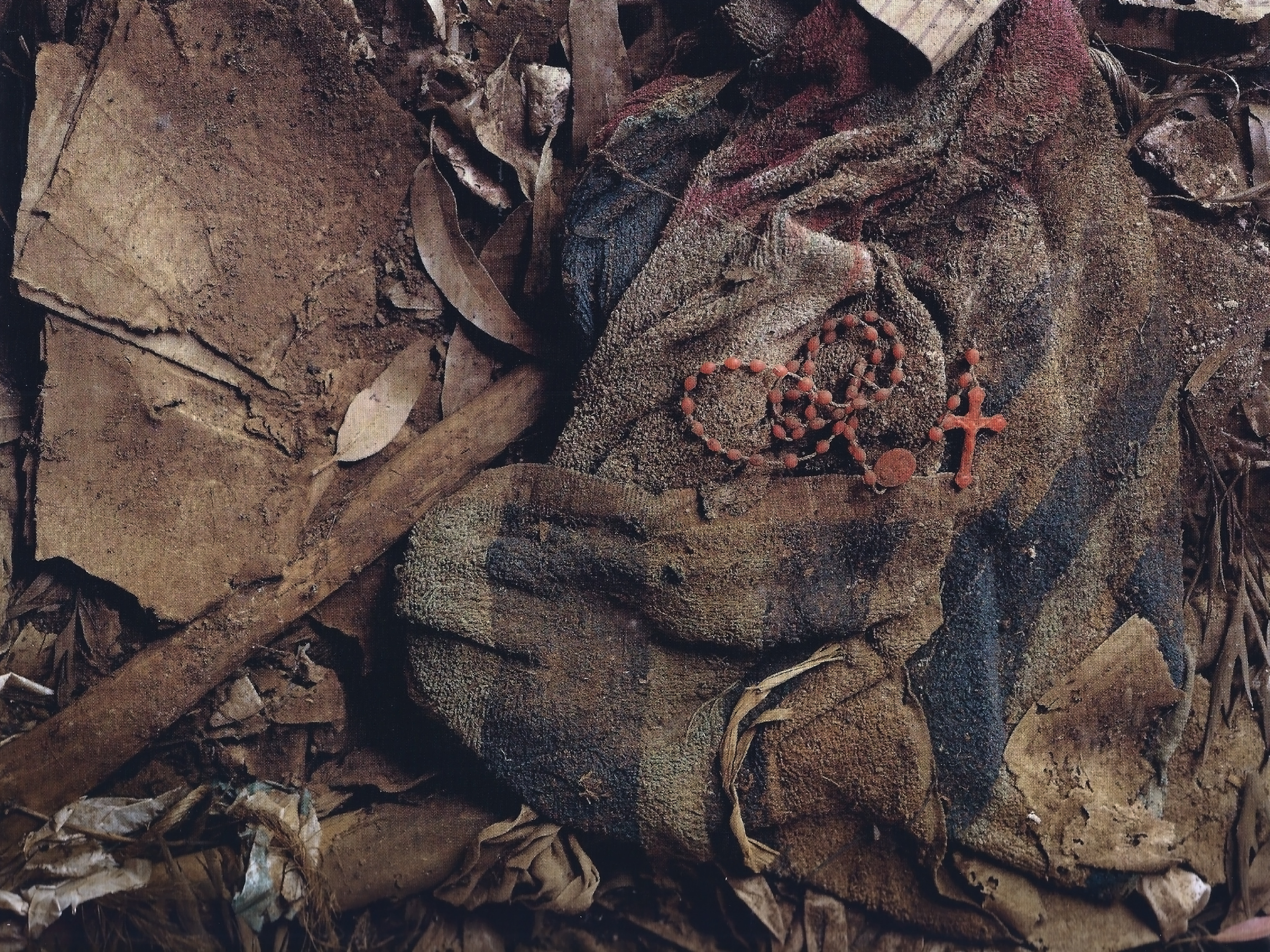 Broomberg and Chanarin created a series on The Red House a prison and torture facility for the Baath Regime in Iraq, in 2006. They focused on the graffiti.

This is very much in the ‘traces’ genre that I am exploring. Again, engaging, and also more personal. Who were the people that made this graffiti, and what happened to them? Yet, somehow it lacks the context of the prison. Taken out of that context, some of the images could be almost anywhere. I am also aiming to tell more of a story, without falling foul of ‘photographic storyboarding’. 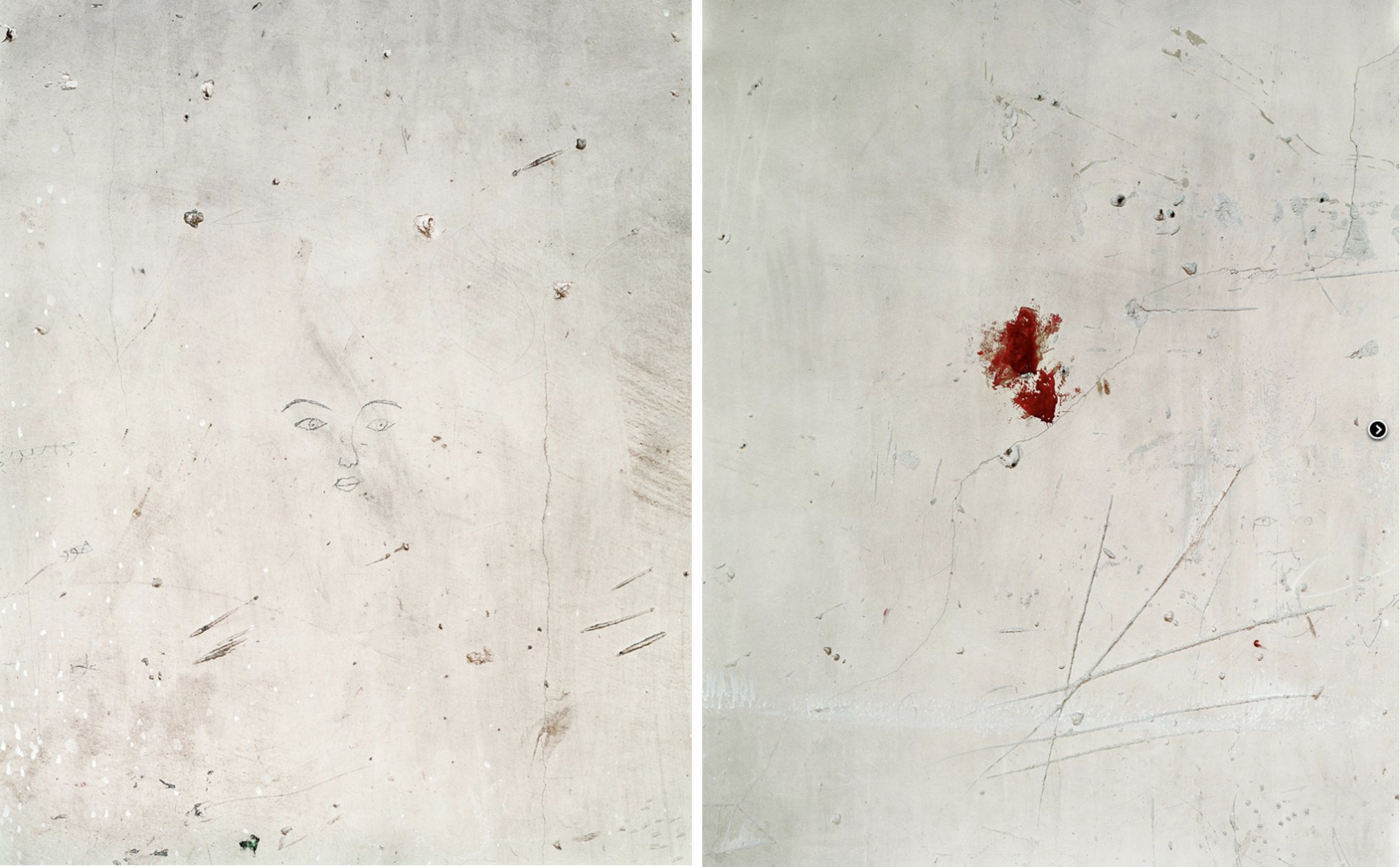 Schwager, a Swiss photographer, made a series My Lovely Bosnia (2003 – 2005), around the still-present land mines in the landscape.

Some of the images are specifically illustrating the landmines ‘in situ’, with demarcated areas for clearing. Others show the beautiful countryside. The overall effect is engaging, almost poetic, leading the viewer to consider the impact of war on landscape.

Somehow, though, I feel the need to be closer, to make the viewing more personal, from the viewpoint of the local inhabitants. At times, Schwager’s work is more indexical (and less personal / intimate) than I am striving for. 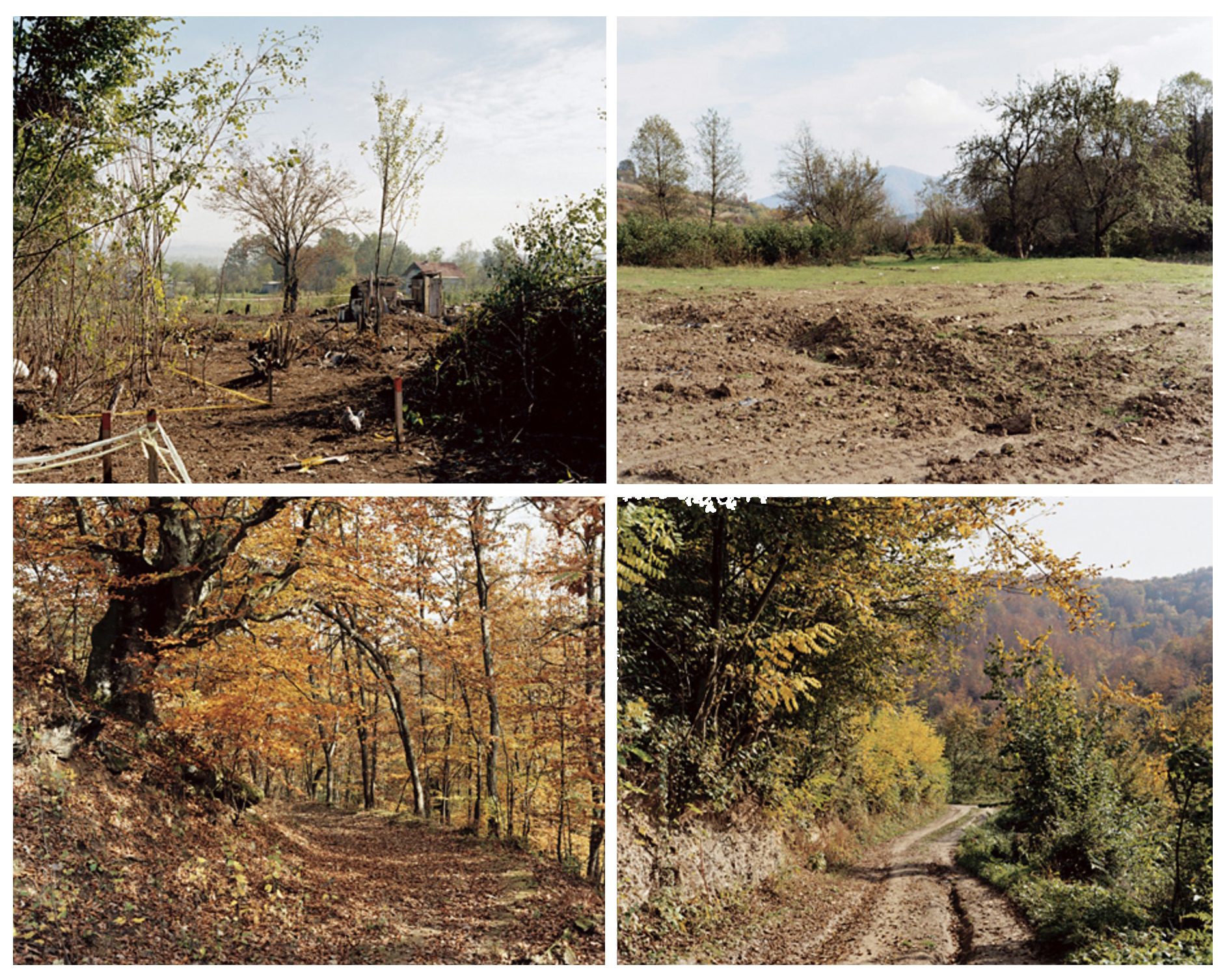 Evans decided to tell the story of 9/11 without images, arguing that we all knew those too well. Instead, she used words, to imply meaning, to remind us of what we already knew.

Powerful, and certainly a great use of the impact of text. But more impersonal than I am trying to be. Evans is focused on the audience impact, not on the victims and their trauma.

PhotoFrome is very pleased to announce a unique Ma

Photo|Frome and the Frome Independent are very exc

Great to hang out with Chris Chapman today - and i