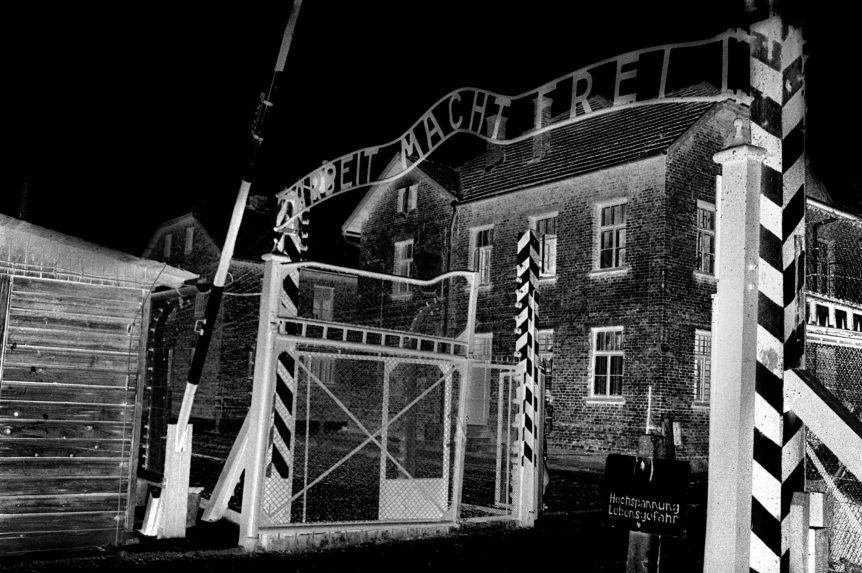 Over the past 18 months, I have spent a good deal of time researching atrocity and the ethics of images of such. In this I have become increasingly mindful of the power of the sublime, and in particular Kant’s interpretation of beauty and sublime.

In an earlier post, I noted that Immanuel Kant (1724-1804) in the Critique of Judgment (Part I, Critique of Aesthetic Judgment) suggested that the viewer projects beauty onto natural objects, and that experiences of beauty create universal feelings of delight. Beautiful objects need no underlying concept. Kant wrote that:

‘The beautiful and the sublime are similar in some respects. We like both for their own sake, and both presuppose that we make a judgment of reflection rather than either a judgment of sense or a logically determinative one’.

Kant’s point is that our intellectual faculties identify the sublime. There would seem to be some congruence with Barthes’ Studium and Punctum, where our interests drive the way we react to images. Kant also comments that:

‘Fine art shows its superiority precisely in this, that it describes things beautifully that in nature we would dislike or find ugly. The Furies, diseases, devastations of war, and so on are all harmful; and yet they can be described, or even presented in a painting, very beautifully. There is only one kind of ugliness that cannot be presented in conformity with nature without obliterating all aesthetic liking and hence artistic beauty: that ugliness which arouses disgust‘. (1790, On the Relation of Genius to Taste, §48: 312)

In other words, something devastating can be shown beautifully, although ugliness which cannot conform to nature, disgusts. Truly the challenge for anyone dealing with genocide. And, in any documentary work, there is a balance between realism and imagination, especially when dealing with atrocity.

My goal is to find ethically robust ways to both tell the stories and to engage an audience to get them thinking about the meaning of what they are seeing. Using text on the photographs is one aspect of my creative solution, recently bolstered by the idea of featuring the quotes in Khmer, to both accurately situate the image and respectfully handle the stories of profound, personal tragedy. The use of Khmer also underscores the long-term collaboration with my Cambodian friends within the project.

Georges Didi-Huberman, in Images in Spite of All, discusses a sequence of four photographs taken in 1944 by Alex, a Jewish member of the Sonderkommando, with the help of other prisoners. The images show the victims last hour. It is an extraordinary book about appalling times, and Didi-Huberman derives profound philosophical learning from the images. One point particularly appropriate here is his conclusion that an image is not ‘either/or’ (my words) when it comes to depicting history and aestheticising the scene. Even the simple act of framing a scene of atrocity is an aesthetic strategy.

This parallels Geoffrey Batchen’s thought that a photograph’s identify can be either its actual nature or a cultural ‘product’ (again, my words). It is not ‘either/or’, just ‘and/both’.

Perhaps ironically, as I write this I am listening to Anton Bruckner (1824-1896) Symphony No. 6. He was (falsely) considered a victim of Jewish discrimination by Nazi ideologues, and therefore became a favoured composer. His music was politically appropriated by the Nazis. However, unlike Wagner there is no hint that Bruckner’s name is associated with antisemitism. Still, this does underline the way that Genocide, and the Holocaust in particular, impact both critical theory and artistic practice.

Gene Ray’s volume of essays, Terror and the Sublime in Art and Critical Theory puts some of these ideas together. Ray suggests that in the 20th Century, Genocide replaced natural disasters in our collective histories. Beauty, he sees, is reconciliation with nature, whilst the sublime is terror and awe.

‘In the twentieth century, the genocidal catastrophes of human making displaced the natural disaster as the source of sublime feelings and effects – but with a crucial difference. In bourgeois aesthetics, exemplified by Kant’s 1790 Critique of Judgment, the pain of imagination’s failure before the power or size of raw nature was compensated for by reason’s reflection on its own supersensible dignity and destination. Nature’s threat to dominate the human was contained by human capacities for self-admiration. In the wake of Auschwitz and Hiroshima, however, the ruined dignity and destiny of human reason and its moral law can offer no compensatory pleasure. The terror of the sublime becomes a permanent, ghastly latency compounded by the anguish of shame‘. (2013:5)

‘This, then, is Adorno’s “after-Auschwitz” ethic of representation: only an art the severity of which yields little or nothing to aesthetic pleasure and which at the same time restricts itself to negative and indirect evocations of the catastrophe can negotiate the aporias of cultures predicament in the wake of the Nazi genocide’. (2013: 66)

‘ … it is significant that [Adorno] did not recognise any visual representation of Auschwitz as having successfully negotiated the problems he formulated. It seems he was not open to the possibility that artists such as Joseph Beuys (to name a relevant figure) would be able to develop visual or sculptural analogues to the “negative” sublimity of Beckett and the late Celan. Adorno’s rejection of the notion that Auschwitz can ever be mastered or redeemed and his very specific demand that an art that struggles wider Auschwitz should refuse positive representation and aesthetic pleasure eventually attained the status of a dominant ethic of representation. Today we can recognise the decade following the mid-1980s as the period in which this ethic came to dominance and was gradually conventionalised‘. (2013: 67)

Adorno did move on from his initial, bold statement that after Auschwitz, art is impossible, to a somewhat more tempered view that art is possible but must have new sensibilities. Ray goes on to write that:

‘The more general and less rigorous demand that any aesthetic treatment of Auschwitz be handled with high-seriousness, good taste, and a scrupulous respect for the victims and their memory is a popularized legacy of Adorno’s reflections that critics such as Susan Sontag have sought to vigorously enforce‘. (2013:67)

On of the most significant influences on my work has been that of Judy Glickman Lauder, dealing with the Danish Holocaust exception in Beyond the Shadows. This includes her aesthetic choice of both negative images and infrared, as well as her telling of personal stories.

In pulling these strands together, and with an eye to my FMP write up, this summarises my current thinking on Unfinished Stories.

Unfinished Stories aims to put previously unheard personal memories into a new collective memory, reinforced by a reconstruction of events through photography. This is not aftermath or reportage per se, nor is it reconciliation. It is a statement of personal truth to engender reflection.

Whilst the images almost by definition have a degree of aestheticisation, the use of text situates each both physically and temporally, and anchors the series ethically.

To varying degrees, the images explore the possibility of Kant’s ‘sublime’ – to suggest an intellectual shock from external, memorialised events which are too profound to easily assimilate.

Anton Bruckner. Undated. From Music and the Holocaust. Available at: http://holocaustmusic.ort.org/politics-and-propaganda/third-reich/bruckner-anton/ (accessed 23/09/2019).

DIDI-HUBERMAN, Georges. 2008. Images in Spite of All. 2012 Edition. Chicago: University of Chicago Press.

RAY, Gene. 2005. Terror and the Sublime in Art and Critical Theory: From Auschwitz to Hiroshima to September 11. New York: Palgrave Macmillan.