During Lockdown, I have given Zoom talks on street photography to both PhotoBath and to the East Sutherland Camera Club. Having updated and extended the presentation, including adding more on ‘gaze’ and ‘ethics’ (especially in the emerging context of Black Lives matter), last Friday I gave a talk to the Frome Wessex Camera Club.

I called it ‘Boring Street Photography’ as I frankly have a love-hate relationship with the genre. I have been taking photographs of people on the street since I was a teenager, but so much of my and others street work seems to lack impact or meaning. A quick scan through many Facebook groups will prove that point!

In order to set the scene, I had looked through various club sites and Facebook groups as to how they defined ‘street photography’, and what they were looking for in images shared. Almost universally, the idea of candid photographs of people in a public place is the working definition, easy to agree with and very much in line with Nick Turpin’s iN PUBLIC‘s definition.

That said, a critique often levelled at camera clubs is that too much focus is given to the technical aspects of an image, over its meaning. Perhaps an extreme case of this is written up by Sey Rosen, admin and leading light in Inspired Street Photography (the biggest such group on Facebook, with over 91,000 members and growing). Sey writes:

Now, every group has a right to set its own rules, and if one doesn’t agree, do not join. I certainly agree that there is too much acrimony in debates on social media, and admins have a hard time managing that. But the idea of looking at an image without properly considering its meaning seems foreign to me. And not stepping back and evaluating ethical considerations in the taking, sharing and viewing seems an important, missing step. Discussing this formed the opening of my presentation.

Also see an earlier post on Street Photography, the Law and Data Collection.

Here is the file – click on the image.  The presentation is in Acrobat format, and the file is large (50mb). 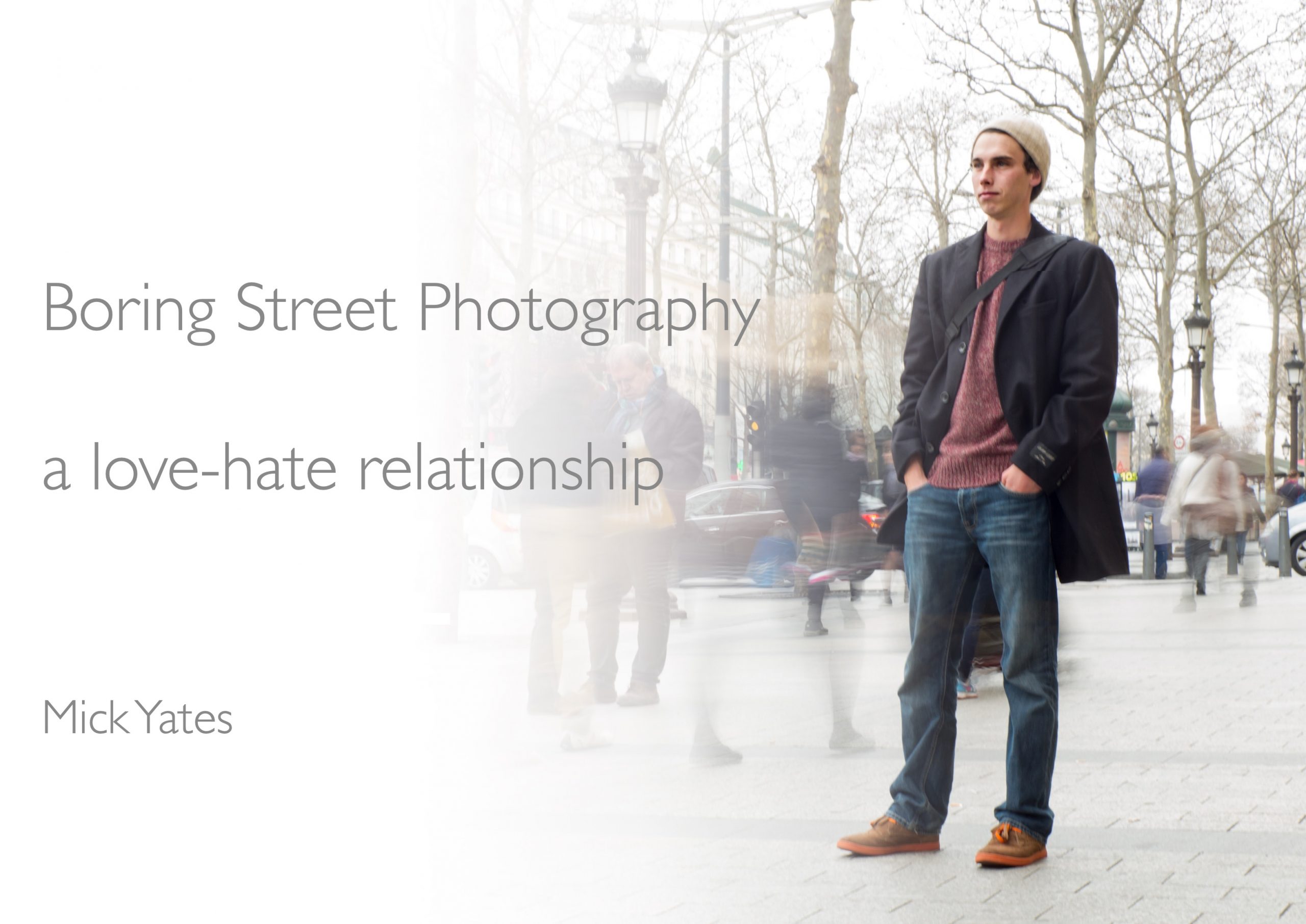 There was a lively discussion, and I was gratified by feedback received afterwards:

Thank you for your talk last night – very interesting – and I hope you do another one in the near future. I am impressed how you deal with the ‘black and white’ subject.

Morning! Just wanted to say how much I enjoyed your brilliant presentation at FWCC last night. Tbh I think it’s the best I’ve ever attended anywhere!

Just a quick follow-up on some things I omitted to say during my Zoom talk, in partial answer toÂ AlanÂ andÂ John’s questions about gazes / truths other than the ‘white gaze’.

There is research on how tourists ‘see’ and make photographs as they travel. Much is global in nature, and to some extent led by how the tourist industry itself presents ‘sites’ and ‘experiences’.

Foucault talks of the ‘clinical gaze’, meaning the way we all look at scenes using our ‘powers’ of surveillance to inspect people and things in front of us. This is impacted by what we already know or believe, and is partly behind the ‘white gazeâ’ idea – though that also reflects thinking around empire and racial/cultural superiority.

But this is also culturally impacted – for example some research in SE Asia suggests reticence to take photographs of ‘undesirable’ things. This ofc would not be an issue for journalists or documentary photographers.

As to Chinese tourists, there are a couple of other research threads. One is how, in a collectivist society which prizes harmony over personal freedom, there is a tendency for photographers to be overly influenced by how other photographers are capturing scenes. Ofc we see that everywhere to some extent, but it seems stronger in these groups.

The other thread is that there is research to suggest that Chinese (and other Asian) tourists take photographs to represent scenes particularly for their family back home. Again, we all do that via social sharing, and we perhaps do it for competition entries etc. But this family point is perhaps distinctive.