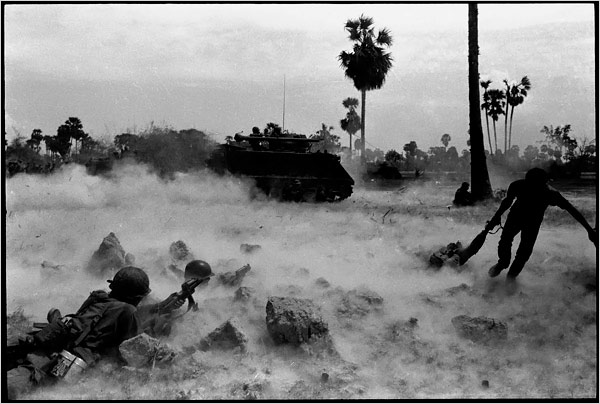 Arguably, Dith Pran (1942 – 2008) is the most famous of Cambodian photographers. His story, working with foreign journalists, before the Khmer Rouge takeover, and subsequent imprisonment, led to the Killing Fields movie (1984).

But, what else is going on in Cambodian Photography? I have been looking at this for a while, and decided it was time to write something in the CRJ. I expect I will create a ‘mini-series’, hence Part 1.

A great source of knowledge is Singaporean Zhuang Wubin. He has researched South east Asian photography extensively, and in 2016 published perhaps the authoritative book on the subject, ‘Photography in Southeast Asia: A Survey‘. There is also an excellent paper on Academia.edu which gives a pretty exhaustive list of photographers working around 2010.

With that ‘local’ background, in this post I will start with three ‘foreign’ photographers.

First, Charles Fox, from the UK, and who has lived in Cambodia for a decade. I’ll pick one of his projects – the divers searching for and disposing of unexploded ordnance, in his series Dark Waters (2015). A strong body of work, with a compelling theme. Mine clearing is still an issue in Cambodia, usually led by the CMAC charity, and these specialists were clearing the Mekong and Tonle Sap Lake. There is a lesson here for me – a clear theme!

Perhaps more interesting in the context of my work, Charles started a project ‘Found Cambodia‘, collecting photographs taken by Cambodians since before KR times. He re-photographs and returns all images to their owners.

It is a fascinating archive, especially as there is also a possibility that such ‘memorabilia’ / found images could play a role in my project – an issue I discussed with Cemre. Another British photographer is Chris Cusick.

Chris has been in Siem Reap since 2014, running workshops, conducting tours and doing commercial work. Lovely imagery, travel, documentary and portraits, with a clear aesthetic and some compelling storylines. And the third, British-born photographer is George Nickels.

He is a freelancer, working in the region since 2011, with images distributed through AP, Getty Images, NurPhoto, Sipa Press and Zuma. This image is from George’s ‘Perfect Soldiers‘ series, spotlighting a human tragedy which is still an issue today

So, inspiration, and food for thought.

All images © copyright the respective photographers. Reproduced here for academic research only. Not to be downloaded without permission.