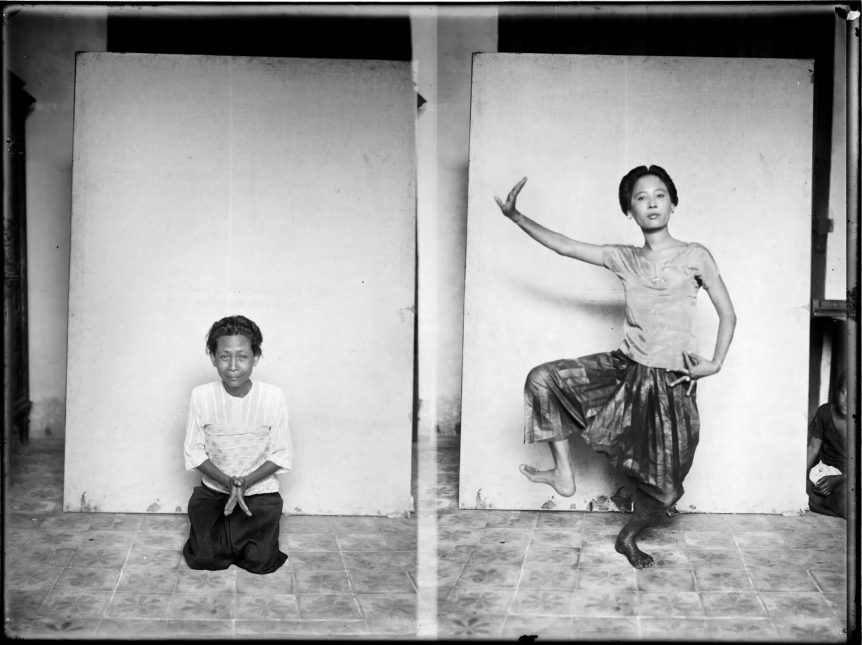 As noted in the previous post, Cambodian photography is developing, though it’s clear that the hiatus of the Khmer Rouge years and subsequent Vietnamese administration left a hole all aspects of culture in the country.

Yet there are earlier works, such as George Groslier who commissioned a series of images of the Royal Dancers (1927), which recorded the performing arts of the country. Groslier was the founding Director of what eventually became the National Museum of Cambodia. Later, picture postcards became a preoccupation of both French and domestic photographers, for tourist consumption. Interestingly, whilst female nudity was rarer (unlike, say, in Indonesia in the early 20th Century), the Cambodian Royal Family were happy to be depicted. Film also played a big role in the artistic life of Cambodia, before the Khmer Rouge – King Sihuanouk himself was a keen movie-maker.

During the American Bombing, and Khmer Rouge war, news photographs were largely taken by locals – foreigners  had to travel on the ground, with none of the relative ‘safety’ of defined battle lines in Vietnam. And many died.

Wubin argues that there is therefore a multifaceted background to the development of photography in the Country, and that the impact of the Tuol Sleng images cannot be ignored.

Heng Sinith (b. 1964) emerged as one of the first to pursue photojournalism, and collaborated with the Documentation Centre of Cambodia (DC-Cam) on an exhibition of mid-level KR Cadres (2002). He was not attempting to ‘normalise’ the KR, but he was cautioning against an over-simplification of history – good, bad, black, white. The image here is by Wubin, from the 2014 group exhibition on Cambodian photography since 200, Yunnan, China.  Sinith works for AP. “Medicine to Heal: Cambodian Photography since 2000” Exhibition
The Victims of History: Voices of the Khmer Rouge Victims and Perpetrators (2002) / Heng Sinith

Sinith is clearly directly dealing with the Aftermath of the Genocide, from a human perspective.

Mak Remissa (b. 1970) had formal photography training, and started working for Reuters in 1997. From 2006 he has shot for the European press Photo Agency (EPA). In 2005, he made ‘When the Water Rises, The Fish Eats The Ant; When The Water Recedes, The Ant EatThe Fish‘.

This is based on a  Khmer proverb, and effectively reflects the circle of life. Remissa says:

In Cambodia, if you say something directly, people will become defensive. They will ask ‘Who are you to say that? Are you God?’. On the other hand, if I use photography, people will accept my message with a  smile. (pg 251) Remissa’s work, using allegory, is visually extremely literate, and his use of abstraction to tell the story is both engaging and challenging to his audience.

He has also completed a project about the early days of the Khmer Rouge take-over of Cambodia, and his personal, family losses. From a feature on Lensculture:

‘Like other Cambodians, some of my family members died from the killing, starvation, forced labor and torture under the Khmer Rouge regime. Most of those who survived do not wish to recall such painful memories in order to avoid continues emotional suffering. 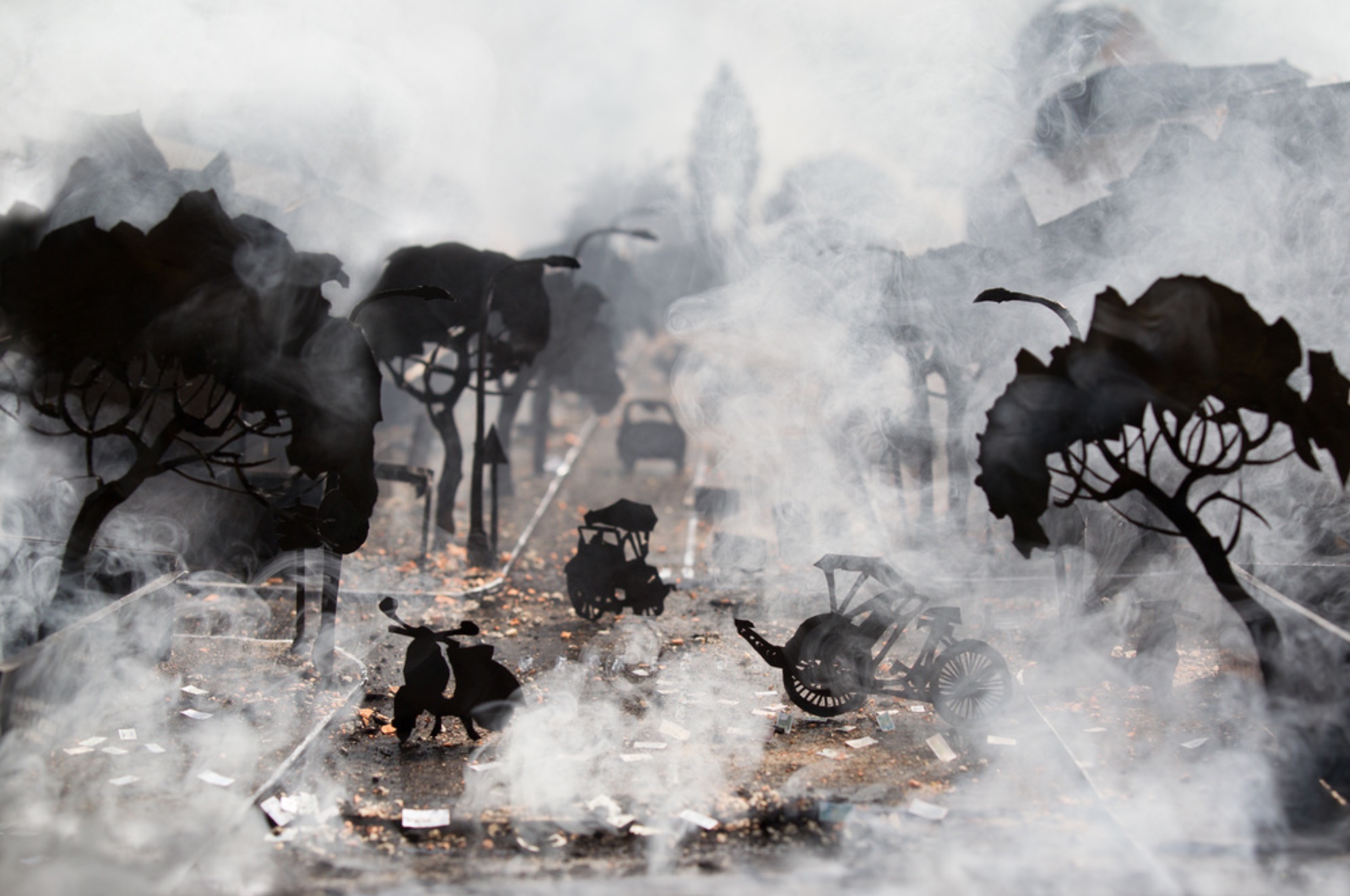 Therefore, the story of the genocide that happened between 1975 and 1979 in Cambodia has faded gradually away from people’s mind, like smoke being blown away by the wind. At the same time, we Cambodians don’t want such a tragic and painful event to ever happen again in our motherland. In order for the next generations to know our history, it is important to reconcile the need to remember with the victims’ fragile memories. 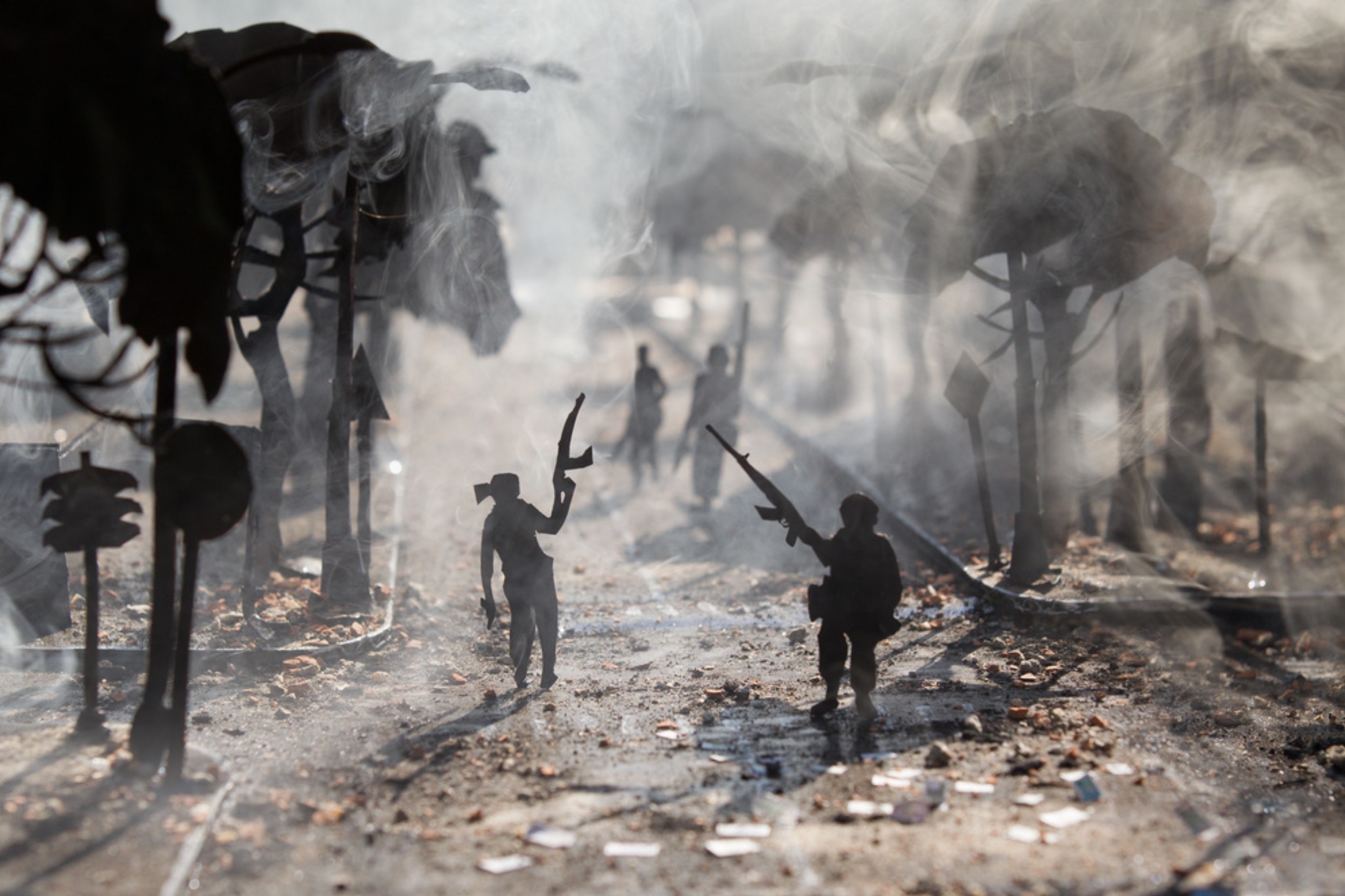 “Last 3 Days” is a keyword to recall some of the memories during my childhood; particularly on April 17, 1975 when the Khmer Rouge troops took control and occupied the capital city Phnom Penh. On that day the earsplitting gunfire shots could be heard for miles around the city. For every shot fired, a shiver would run down my spine.

The soldiers clad in black—most were very young—ordered all residents to leave their homes for three days, even patients had to leave the hospitals without any clear information. My family hid in our house overnight, hoping the situation would change for the better. However, to our dismay, the capital city that was once so lively and rich with life became a ghost town. 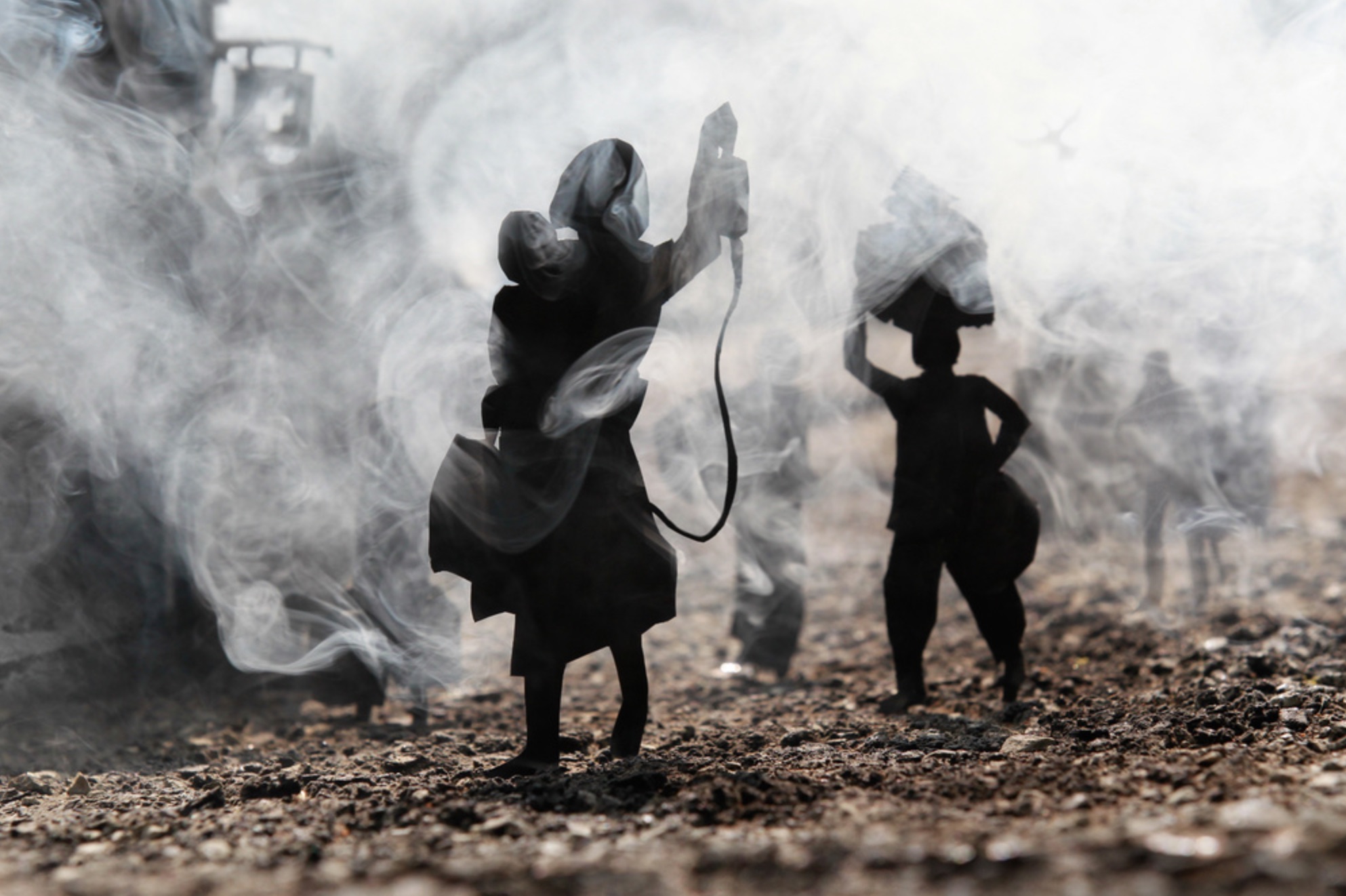 Words alone cannot describe the horror and pain inflicted on each and every family. What has been described is just a fraction of the events which occurred during those fateful days.

I wish to dedicate this work as a memorial to my respectful father, grandfather and three uncles as well as all the victims who died during the heinous Khmer Rouge regime’.

A formal photo-journalist tradition is very much alive in the history of Cambodian, domestic photography. Still, both Sinith and Remissa use photography as art to address issues of importance, which suggests that the story of photography in Cambodia is very much work in progress.