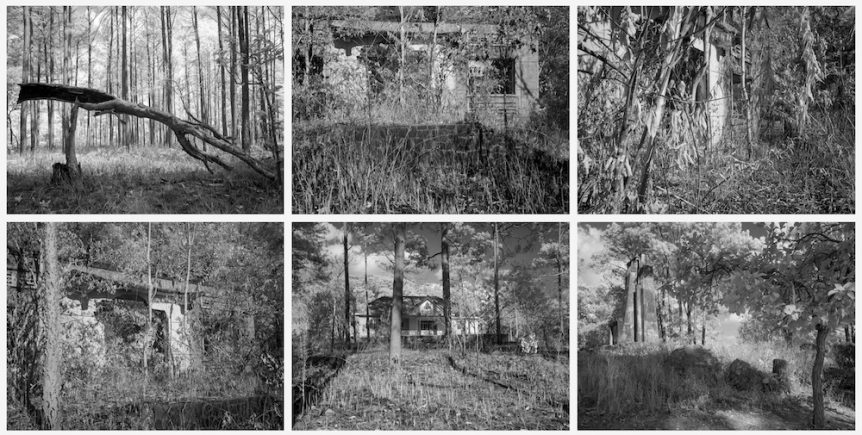 On this last Cambodia trip, I was experimenting with infrared, being intrigued with its ‘ghost like’ properties. I shared a few quick images at the webinar with Michelle whilst I was travelling. The question came up – how do the results compare with regular black and white (and even colour).

Landscapes are not per se the subject of my work, but they are important documents regarding the aftermath of the Genocide, and central to the story-telling.

I have chosen two images – one, the Fallen Tree at Kirirom, which is somewhat metaphorical in nature. The other, at Mong Chen Hill Chinese cemetery, in Battambang Province, a more traditional landscape. The infrareds were taken with the modified Olympus OM – D10. The ‘baselines’ were taken in colour with the Leica M10. Both cameras were using the same 35mm equivalent lens, so the frame is pretty similar. A Black and White version of the Leica colour was created in Lightroom.

Here are the results. First, the Fallen Tree, colour ‘original’: 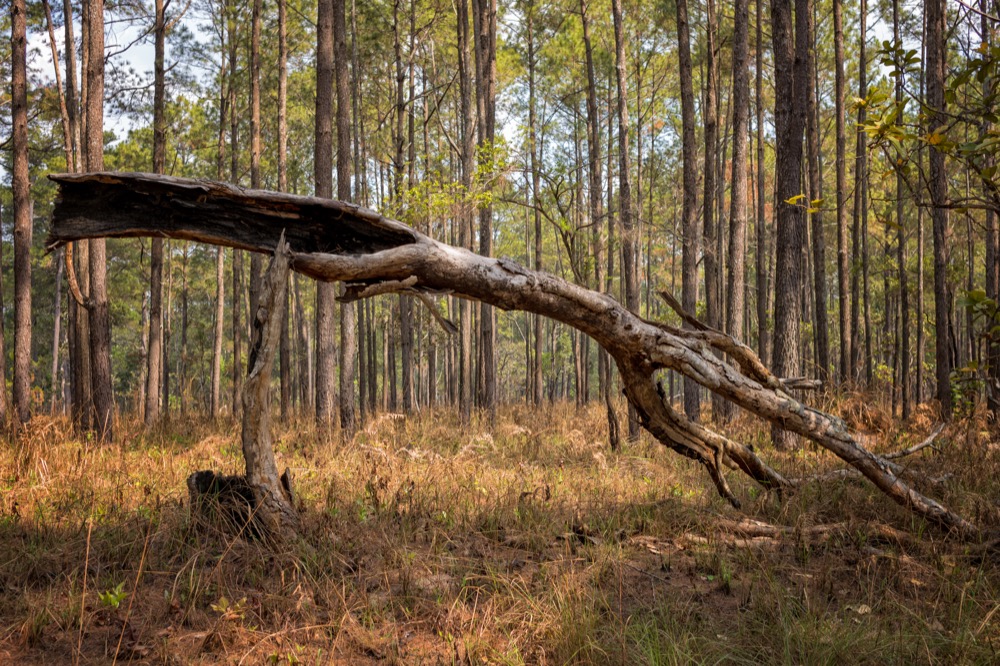 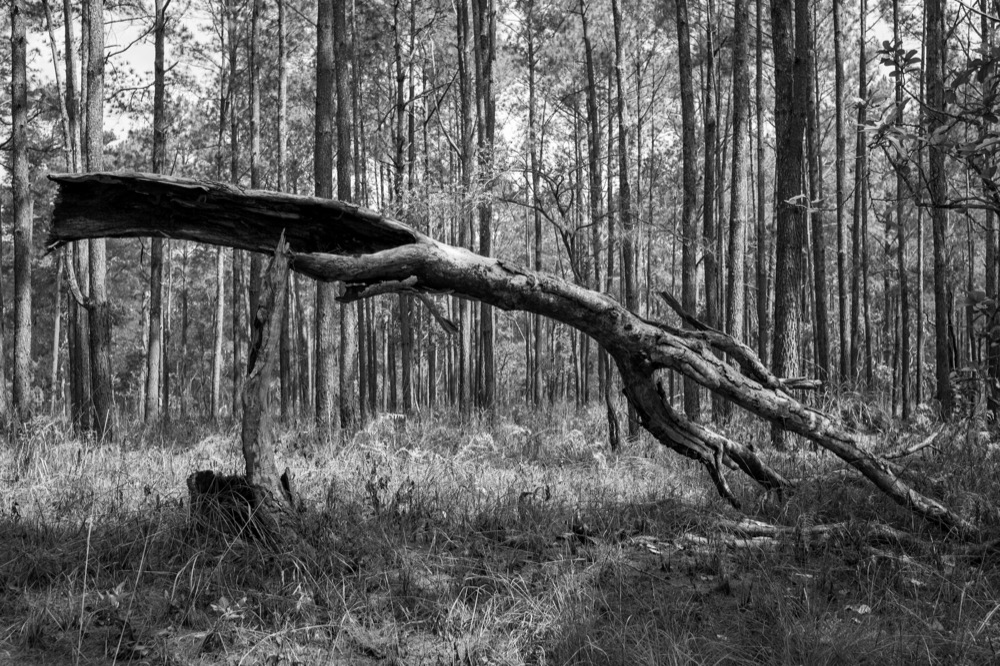 Quite a strong image, but a rather fussy background.

Now, the infrared. The 4/3rds sensor is a different size, so I have opted to leave the image size pretty much as taken, rather than make an identical crop to the Leica full frame.

All infrared images are rather flat when taken, so this has contrast increased to make it similar to the black and white. 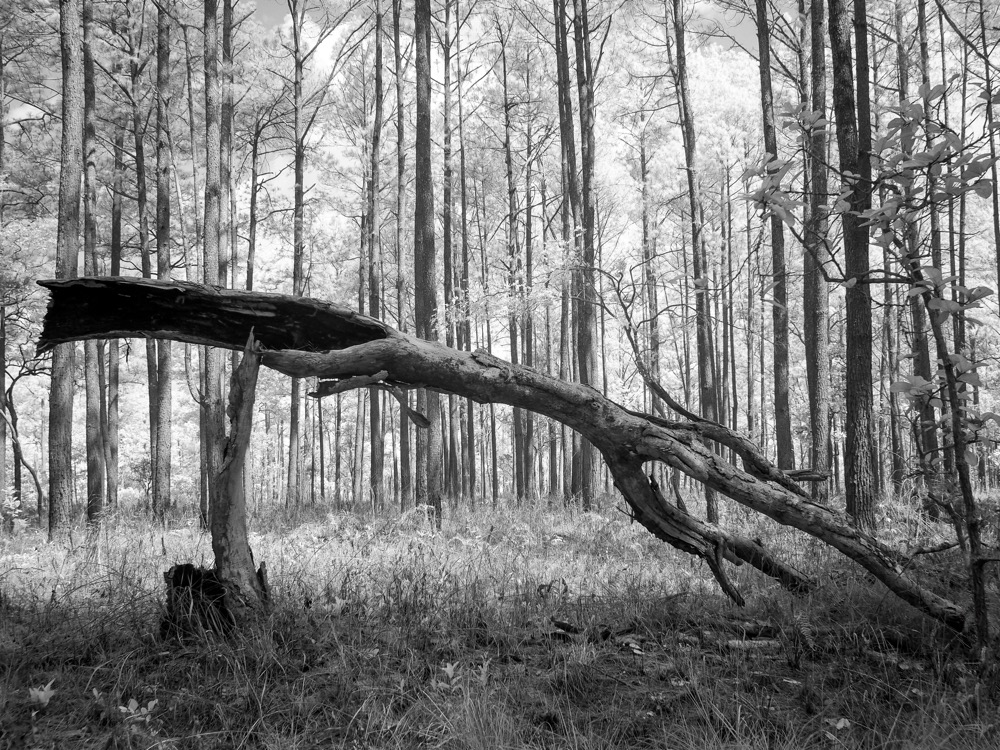 Because infrared ‘sees’ greenery as transparent, this really allows the fallen tree to ‘pop’ from the image. 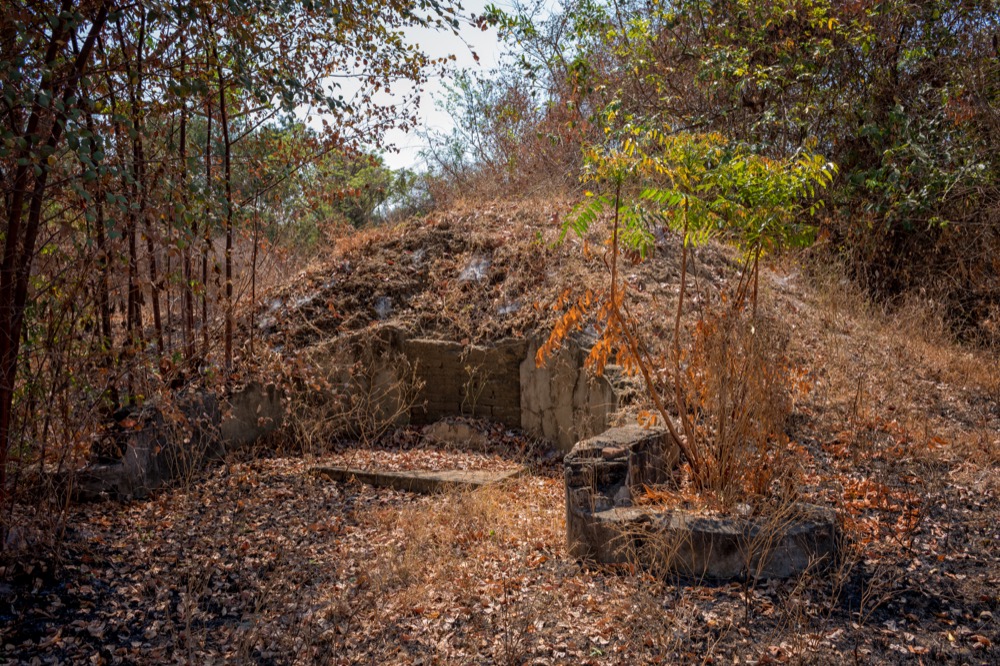 The black and white: 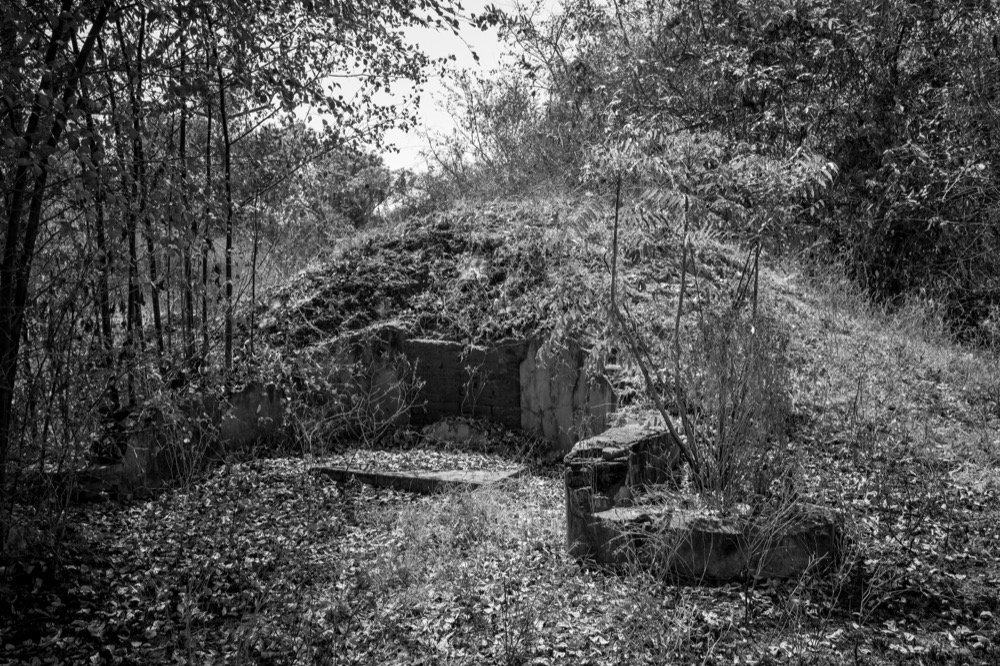 In retrospect, I might be able to increase the contrast in this image, as the tomb receded rather into the foliage.

And, finally, the infrared. 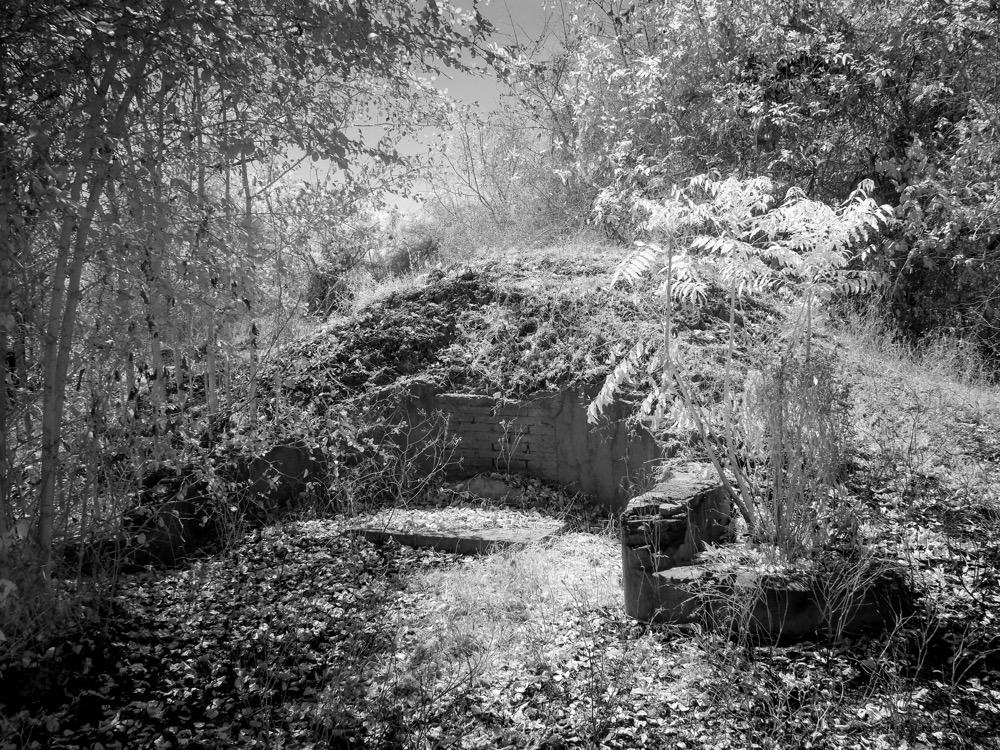 It would seem to me to be a much more interesting image, with a ghostly background and detail helping the tomb to stand out, and the white foliage creating areas of visual interest. I am quite pleased with this early result. It seems that this could be a legitimate approach and quite well suited to the topic of my project, without being overly ‘tricky’.

In subsequent conversation with Gary, he is less convinced of the use of ‘alternate’ aesthetics, in the sense of what that is really adding to the narrative. He also commented:

‘This is perhaps Elkins swimming in my brain, but the way you talk about your compositions also seem to still be of treating the photograph as a window (foreground and background) when your most interesting images would benefit from being thought about in terms of surface (e.g. surround/interface)’.

Worthy of a much deeper conversation in Falmouth, I hope – and a read of Elkins’ book, What Photography Is. I have just ordered it.

Perhaps there is a clue in this quote from the introduction to Elkins’ earlier book, What Painting Is, where he stresses the similarity between painting and alchemy. Elkins’ concern is that whilst much is written and researched about the meaning and context of art, relatively little is written about the practicalities of the media used. The alchemists revelled in their laboratories.

Recently, some art historians have become more interested in what paint can say. They suggest that since art history and criticism are so adept at thinking about what paint represents (that is, the stories and subjects, and the artists and their patrons), then it should also be possible to write something about the paint itself. What kinds of problems, and what kinds of meanings, happen in the paint? (pg 3).

‘Book-learning is a weak substitute for the stench and frustration of the laboratory, just as art history is a meager reading of pictures unless it is based on actual work in the studio. To a non-painter, oil paint is uninteresting and faintly unpleasant. To a painter, it is the life’s blood: a substance so utterly entrancing, infuriating, and ravishingly beautiful that it makes it worthwhile to go back into the studio every morning, year after year, for an entire lifetime‘. (pg 4)

I plan to bring these images to the Face to Face, and see what others think.