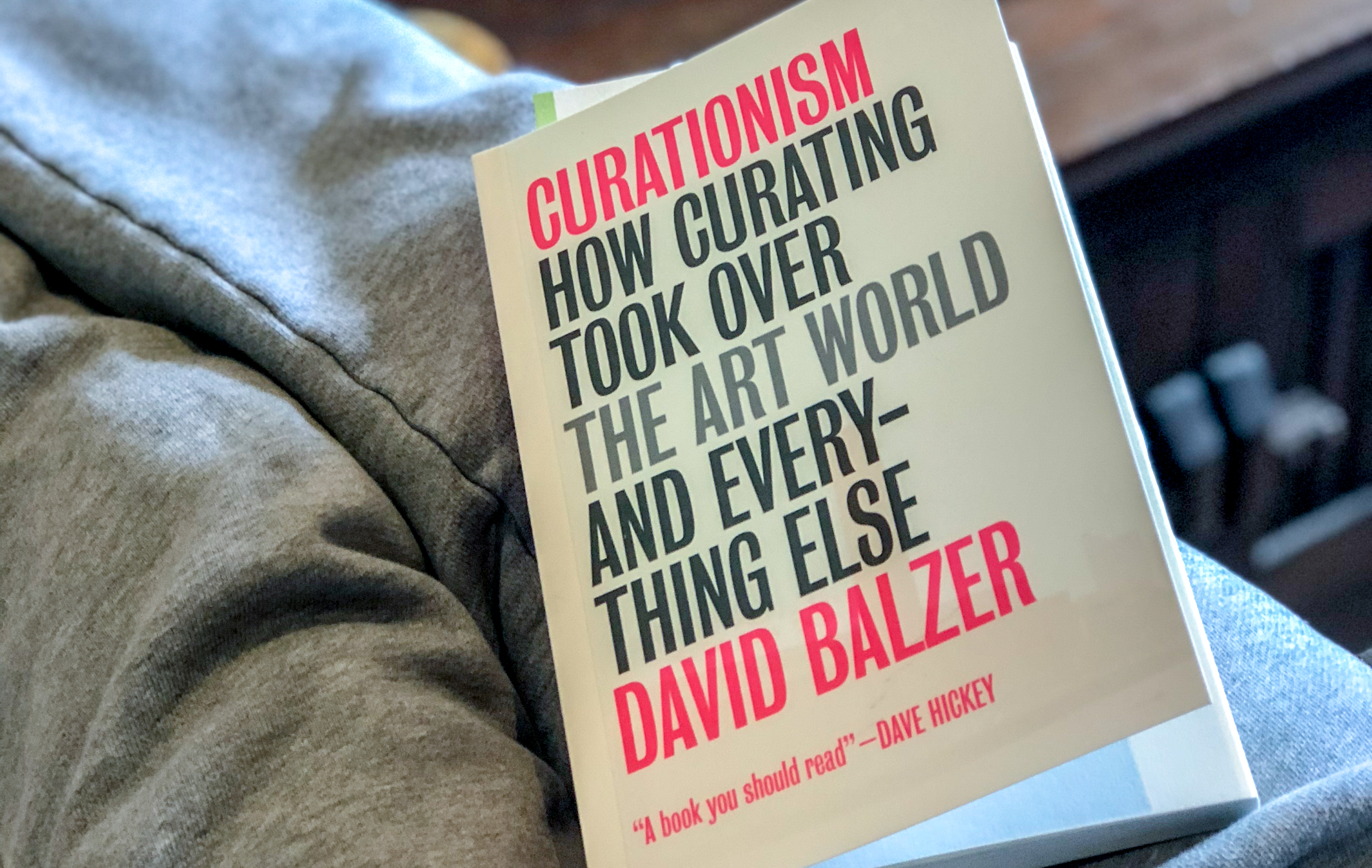 Notes from David Balzer’s  How Curation took over the Art World and Everything Else.

He tracks the development of curation, both as an act and then as a profession. He suggests that curation is seen as a way to add value to art or indeed assets of any kind. And he goes on to talk about the work of curation – again, both in art and bringing it up to date with how we all curate our lives (and are curated).

‘Thus far our story of curationism has centred on value: how the inherent novelties of the avant-garde, under the translating influence of the curator (or, later, something like the curator), became assets’.

‘A contrarian, insouciant and critical attitude towards work is also essential to the avant-garde’s value imparting, and we have certainly seen this not only in radical artists but also in star curators, and dilettante celebrity curators, whose ‘labour’ lover the choices they make for a variety of exhibitions and product lines can seem either dubious or overarticulated’. (pg 91)

‘Relational Aesthetics’ .. the study and portrayal of human interactions. Is this what I am doing with etc Cambodia project?

Hans Ulrich Obrist. ‘ … his aggressive, paranoid commitment to defining his curational work as labour and to branding himself as hyper-industrial’. (pg 93)

‘.. Critical theory .. became trendy in the 1980s and colonised Universities in the 1990s .. allowing graduates of various humanities departments to specialise, and thus brand themselves [as professionals] ..’ (pg 94)

‘The avant-garde is intimately tied to capitalist practice’ (pg 95)

‘Mid 1990s .. artists were learning to create their own educations, and thereby to make themselves amenable to curators’ (pg 95)

Vancouver curator Karen Love, 2010, Curatorial Toolkit (pdf) … on the ground practice of putting on a show:

‘Obrist represents the new feudalism emerging in cultural work, in which a select deskilled few from older generations .. maintain their illustrious positions, leaving only scant vacancies … accessible only to the very wealthy’ (pg 108)

‘.. the title of Curator is itself inherently and inevitably curatorial, a way of imparting value to activities as exclusive and specialised work’ (pg 114)

Airbnb as curator of properties…

Twitter, Google and Facebook simply use [old fashioned] categories … the constant curation goes back to the basic notions of [consumerist] identity: who we are is expressed by what we like and collect’ (pg 126)

Balzer, David. 2015. How Curation took over the Art World and Everything Else. London: Pluto Books. 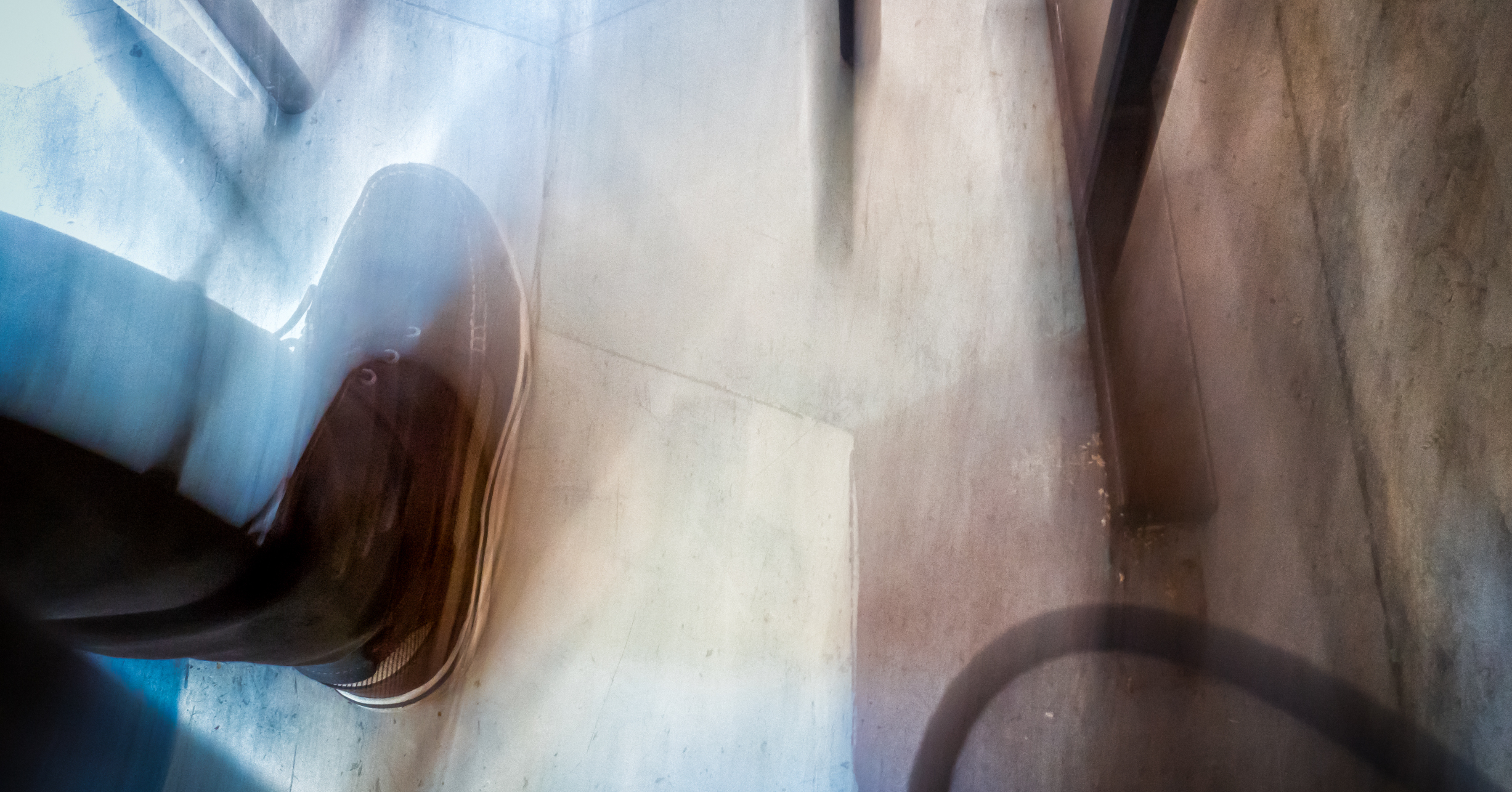 Well, the grades are in for the Project Proposal and the Work in Progress portfolio. I think it’s fair to say that I have mixed feelings. Happy, relieved and perplexed.

On the one hand, I am extremely pleased with the grades for the Oral Presentation and the Project Proposal – both just at distinction level which is a pleasant surprise at this stage in the course. From Jesse’s feedback, the good news:

‘This is a very strong proposal – well done. The historical context presented was succinct and clear. … There is a concern that the project may have too narrow a focus at times and be limited by what can only be achieved while in Cambodia. … Overall, the proposal was informed and engaging with some good use of illustrations to set the tone. … The project is clearly one of personal and historical importance and we look forward to seeing how it progresses.”

It’s probably not really a surprise that I know how to write – having spent literally decades writing proposals on a multitude of issues and to many different audiences. Still, it’s pleasing to see that translated into an academic context in a field that I have never written proposals in – photography. That said, it’s clear that I have a ways to go before being totally clear on what I am trying to do.

Jesse’s warning that I may be restricting myself with the Cambodian project (which includes the relatively short amount of time I can be there, taking photographs) is a warning well taken. The clear action step is that I need to be taking more photographs, more often. After all, I started this program to improve may imagery, not improve my writing.

In that regard, Jesse’s comments on my practice (and the definition of same) are telling:

‘Describing your work as telling “unfinished stories” is a very good mindset to start with, but it is important to say more about this because all images are arguably open-ended, and how that is a characteristic of ‘your’ work needs pinning down. You also note that it is your “best pictures” which do this, but we don’t get a sense of what ‘best’ means to you, or what you mean by ‘picture’ (when ‘image’ could just as easily be used).”

Very easy to agree with this critique – a basis for action and improvement going forward.

On the other hand, I need to do more on my Portfolio. Lower grades, though frankly I did expect that, as I wasn’t totally convinced myself that I have found the aesthetic(s) that I am looking for. Jesse, again:

‘This set of images gives the confidence that you are able to deliver visually on the proposed project. It is normal at this stage for new work to seem embryonic and the images here indicate that the right method/approach is yet to appear. There are instances where the images are saying something clear albeit quite a little heavy handed (e.g. the survivor holding his book), but other images look to be a little ambiguous (e.g. the social media image).’

Easy to agree, once more, and food for future action.

Where I am struggling though is how best to move forward. How can I do a ‘documentary’, telling Sarath’s story, in a fairly factual way, whilst really opening up my creativity and pushing myself forward? in other posts, I mention the idea of ‘traces’, using aftermath and rephotography to tell the story of the genocide as it relates to Sarath’s story – and hopefully in new ways.

Yet Jesse quite rightly points out that:

‘The result though is similar to watching frames from a documentary film and a more direct approach to the subject (perhaps photograph Sarath’s face before and after talking with people) may be required to wrangle attention from ageing atrocity narratives already woven’.

‘The [traces] images from Tuol Sleng were in some ways the most problematic, as there could be inferred a lot of similarity to the kinds of images holiday makers or travellers might share. One would assume your desire to distance yourself from this kind of ‘dark tourism’ which is criticised for the reductive experience of sites of atrocities. In which case, exploring visual methods that counter this in some way is necessary’.

It’s also clear I need to put more thought into how to present my work .. being seen as a ‘blog’ won’t work!

I admit to having been pretty distracted the past three weeks, moving house, unpacking an endless collection of boxes, and with family sickness. Still, that can’t be an excuse! My resolutions from all of this are fourfold:

All in all, a great use of Beginner’s Mind.