I have had the Leica Q since it was first on sale in the UK, June 2015. An amazingly long time ago in digital camera years, as it is still my ‘go-to’ camera. But, after a period of procrastination, I decided to go for a Q2. This is a higher resolution, all around upgrade, in essentially the same but now weatherproof body, and with the same excellent Summilux F/1.7 28mm lens. The Q was 24mp, the Q2 is 47mp. The Q2 has built-in cropping at 35mm, 50mm and 75mm equivalent. It also has faster processing, better EVF, video etc.

Thanks to Jono Slack for the table below on crop sizes, and John Kot at dPReview for calculating effective aperture.

I got the camera on Friday, from Ivor at the excellent Red Dot Cameras. In the image above, the Q2 is ‘clothed’ in an Angelo Pelle Italian leather half case (my favourite for the Leicas) with an Artisan & Artist Japanese silk strap.

Whilst it is hard to properly show resolution performance on a blog, I have tried a ‘real world’ examination, taken on a local bridle path in deep shadow. The image colours are exactly as shot, with just minor adjustment for dynamic range. No extra sharpening or fiddling. All images have been resized to 2400 for this blog – click on each one to see it bigger.

The photograph was taken in regular (non-macro) mode, at 1/80th sec, F/4.0, manual focus. First, I will show the original, and then various size crops. Cropping was all done out of camera on the DNG original. When  you crop in camera, the Q2 simply adds a frame which is imported into Lightroom on top of the (still full size) DNG file. 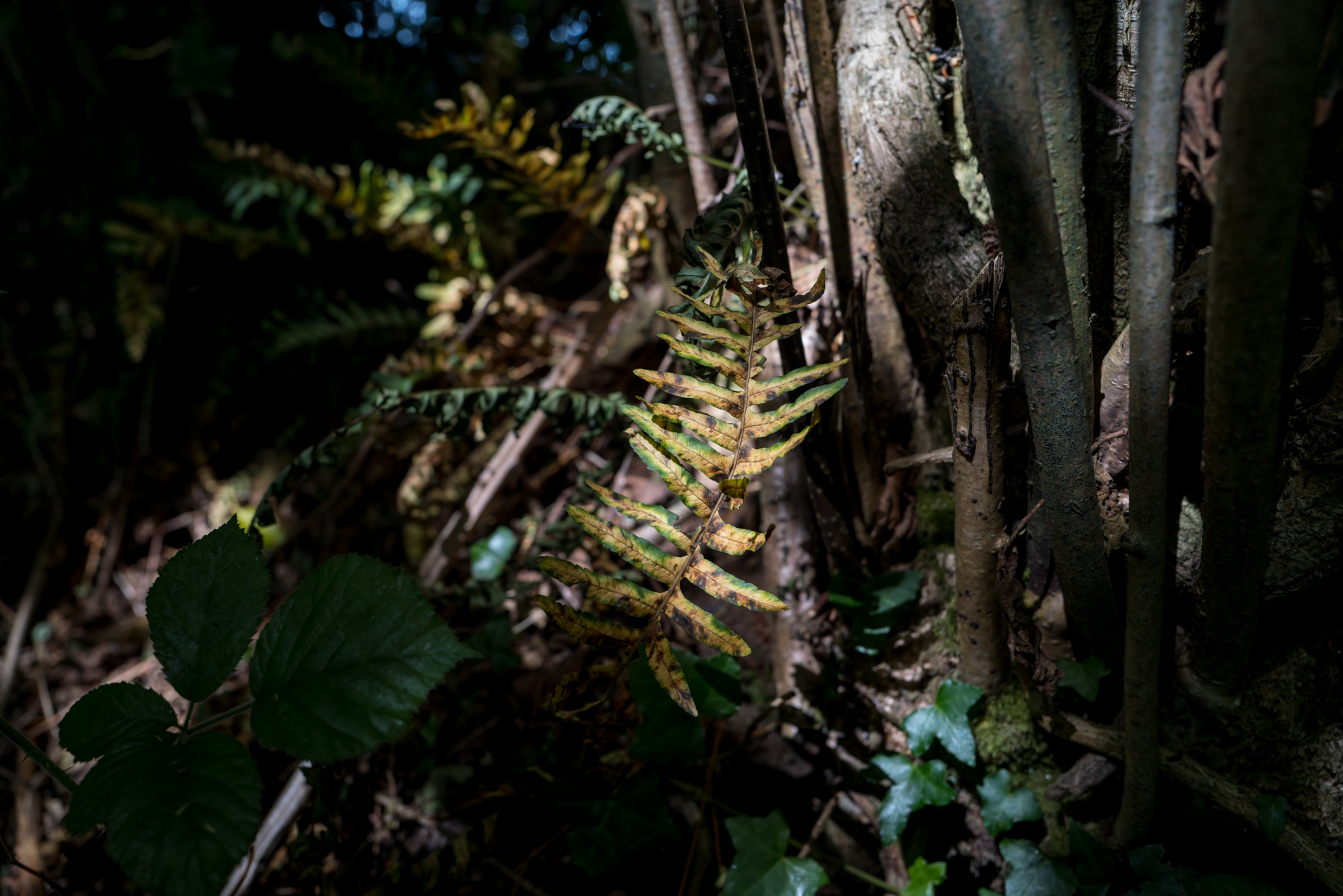 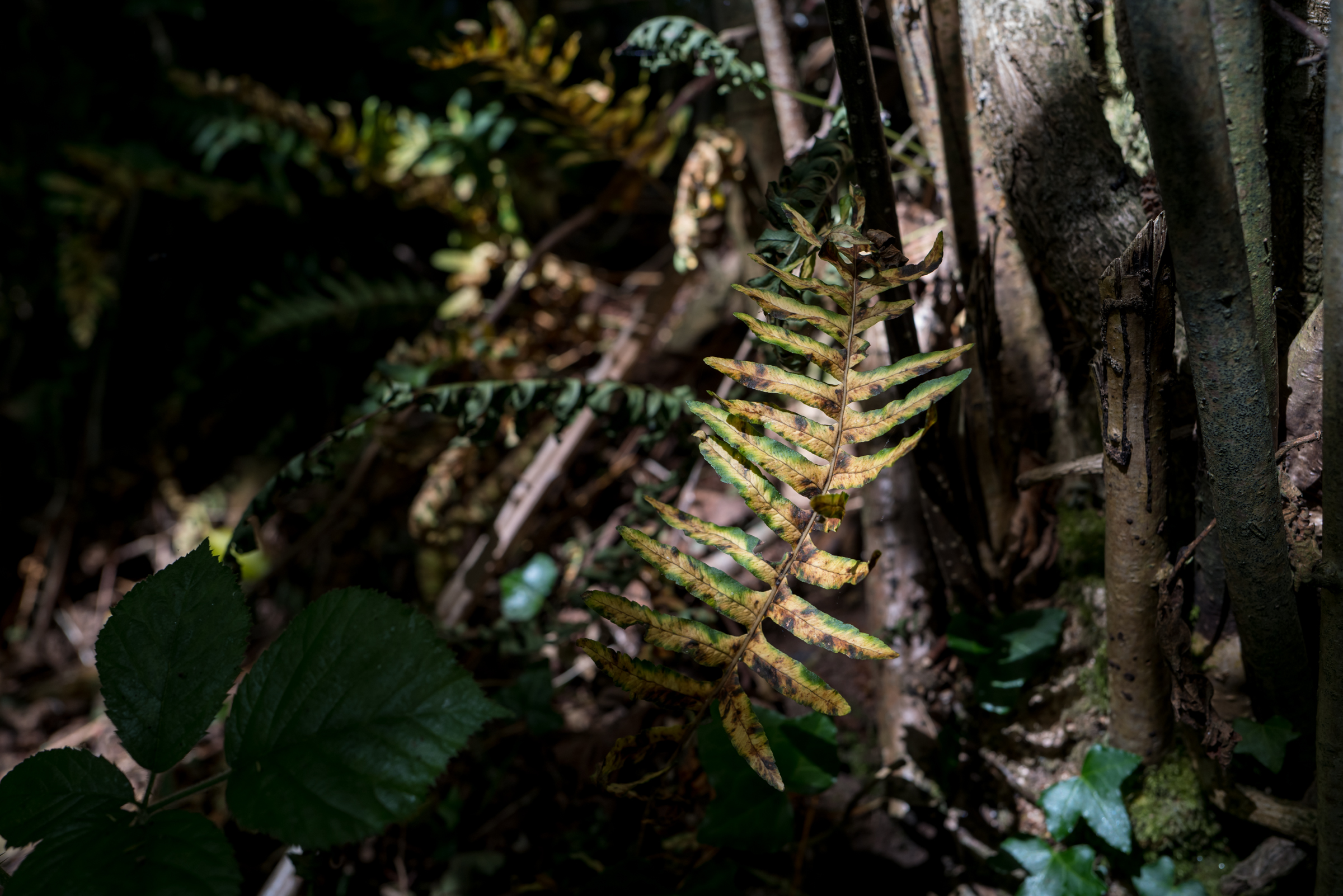 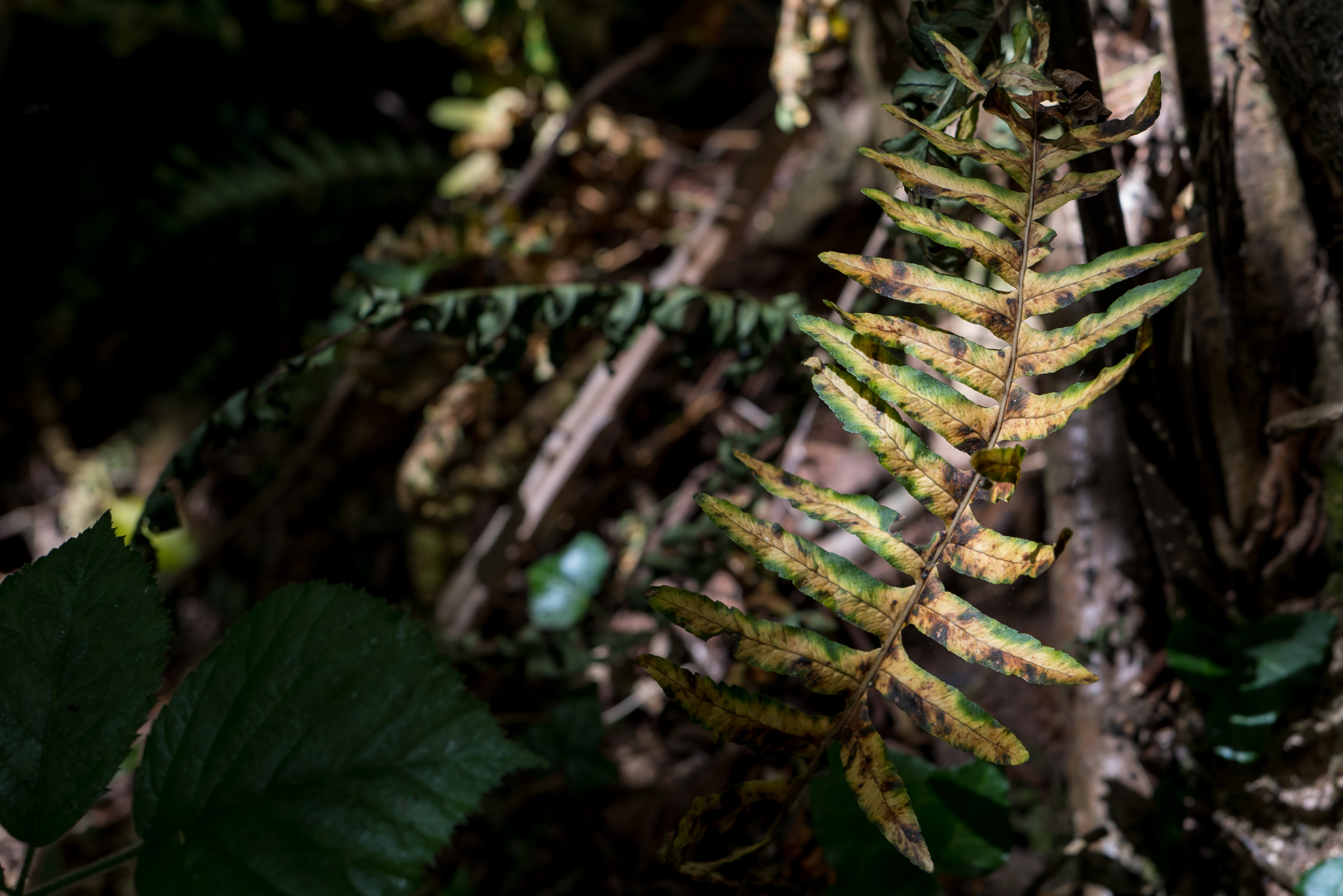 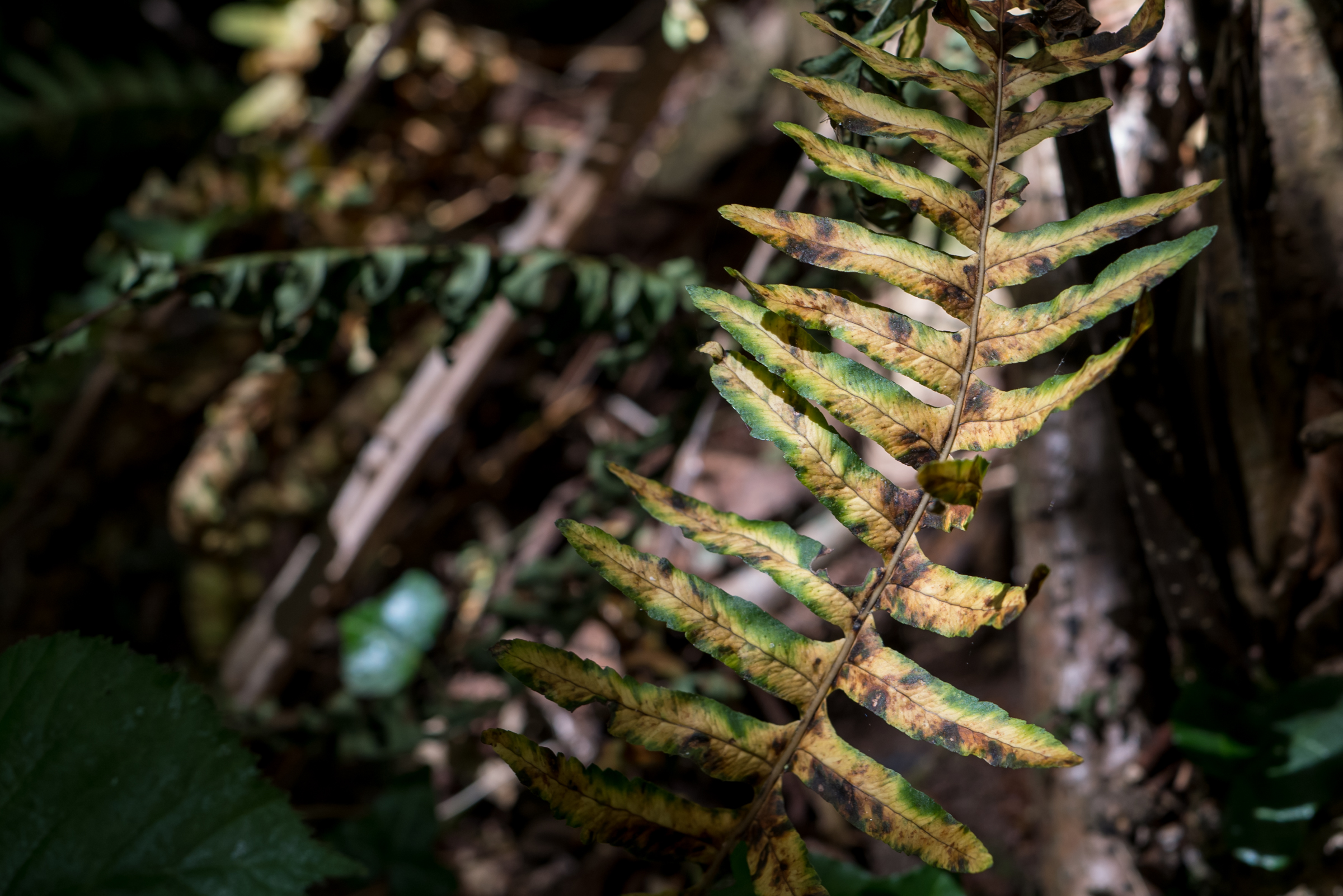 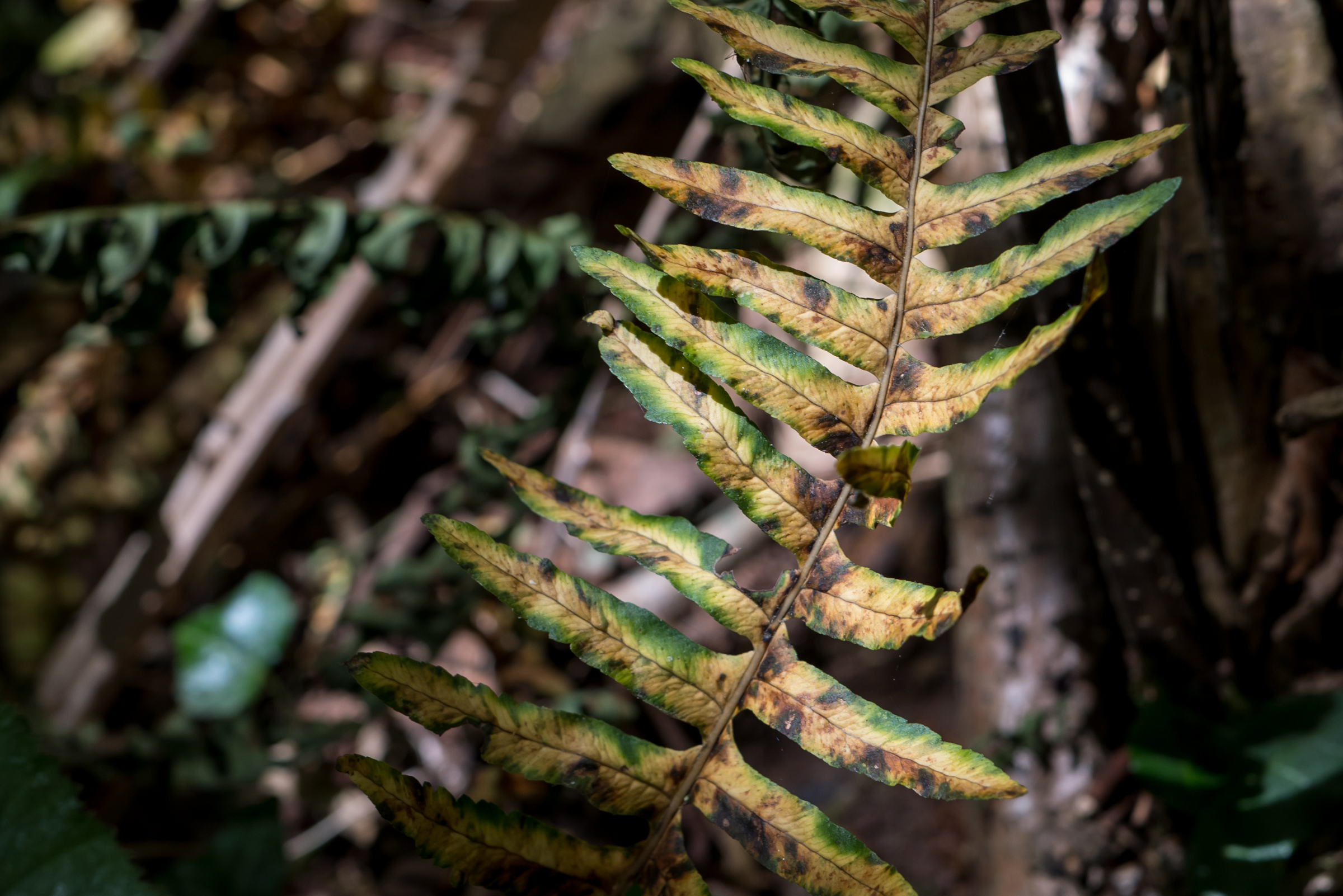 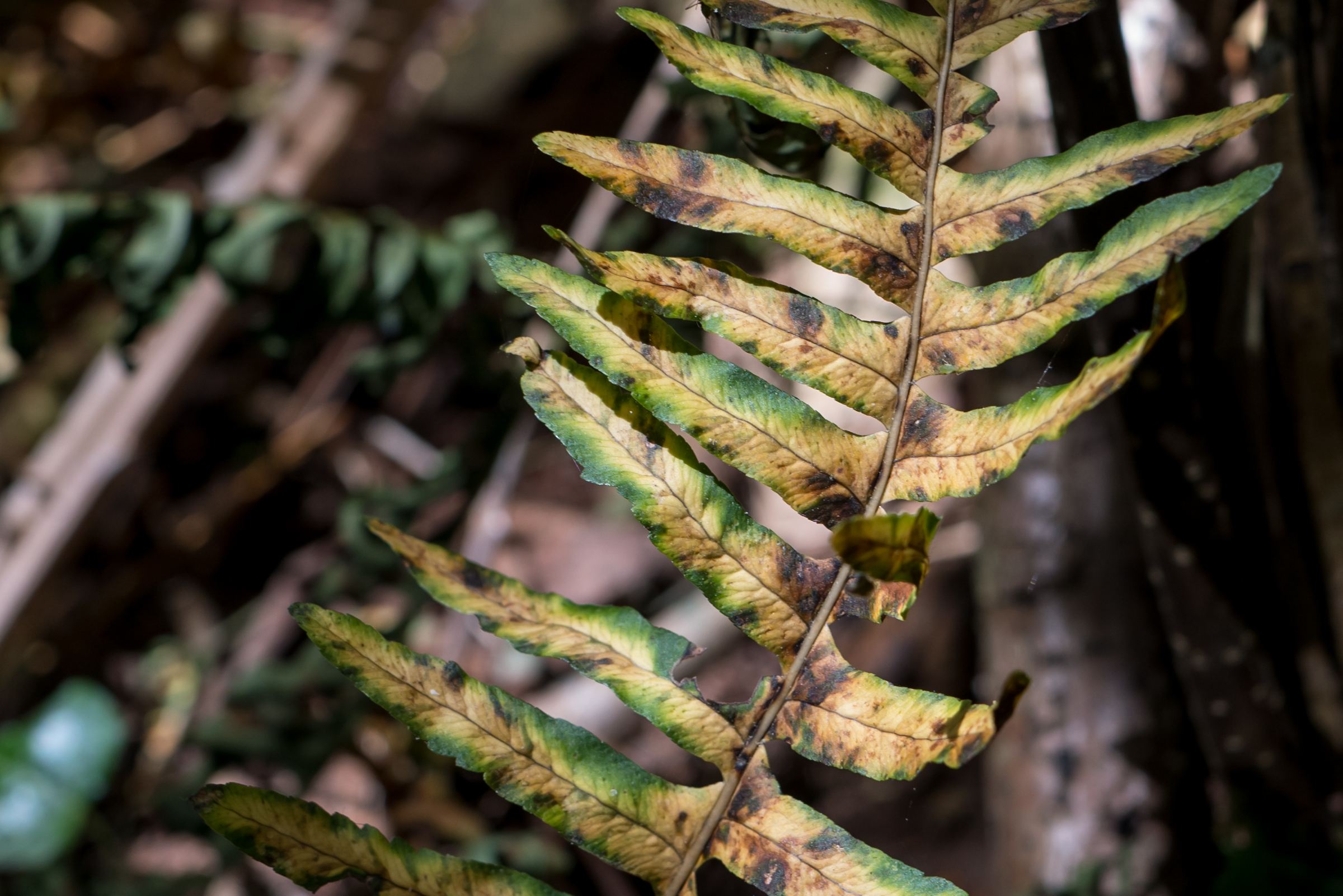 You can see the spider-web detail in this last crop, despite its relatively tiny file size.

I am not posting this as some kind of scientific test – go to DxO Mark if you want that. Neither am I saying that resolution is the be-all and end-all of photography. But the artistic possibilities opened up when Q2 images are cropped are inspiring. It is of course not just the sensor or camera software at work here – it is also that quite extraordinary Summilux F/1.7 lens. 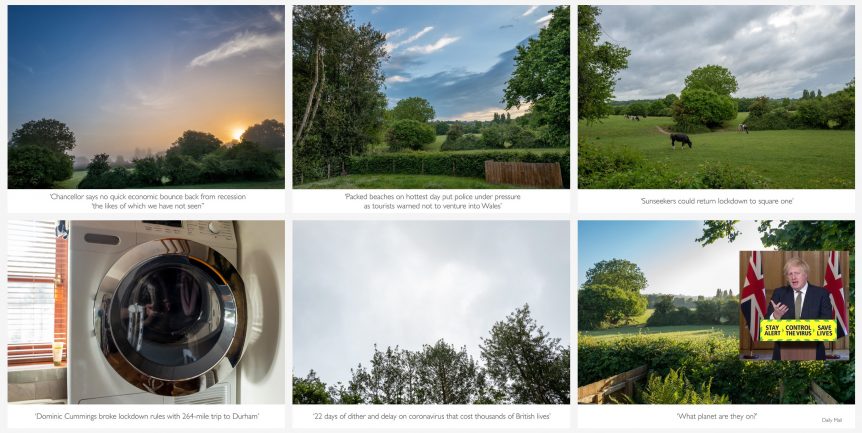 As the Daily Coronavirus project has continued, I have found myself reading more and more headlines. When the pandemic first hit the UK, there was a lot of ‘solidarity’ in the general population, and the headlines across the political spectrum were quite similar. But as the death toll worsened, more data appeared about the government’s approach – and the Cummings scandal broke, solidarity started to fragment. This has meant picking the headline has become rather more difficult.

I have taken to recording several headlines in my small database, now around 80 days long, I do not always post the resultant image on social media, but when I do I have now found myself involved in online debate – usually friendly, but still clearly showing partisan divides. 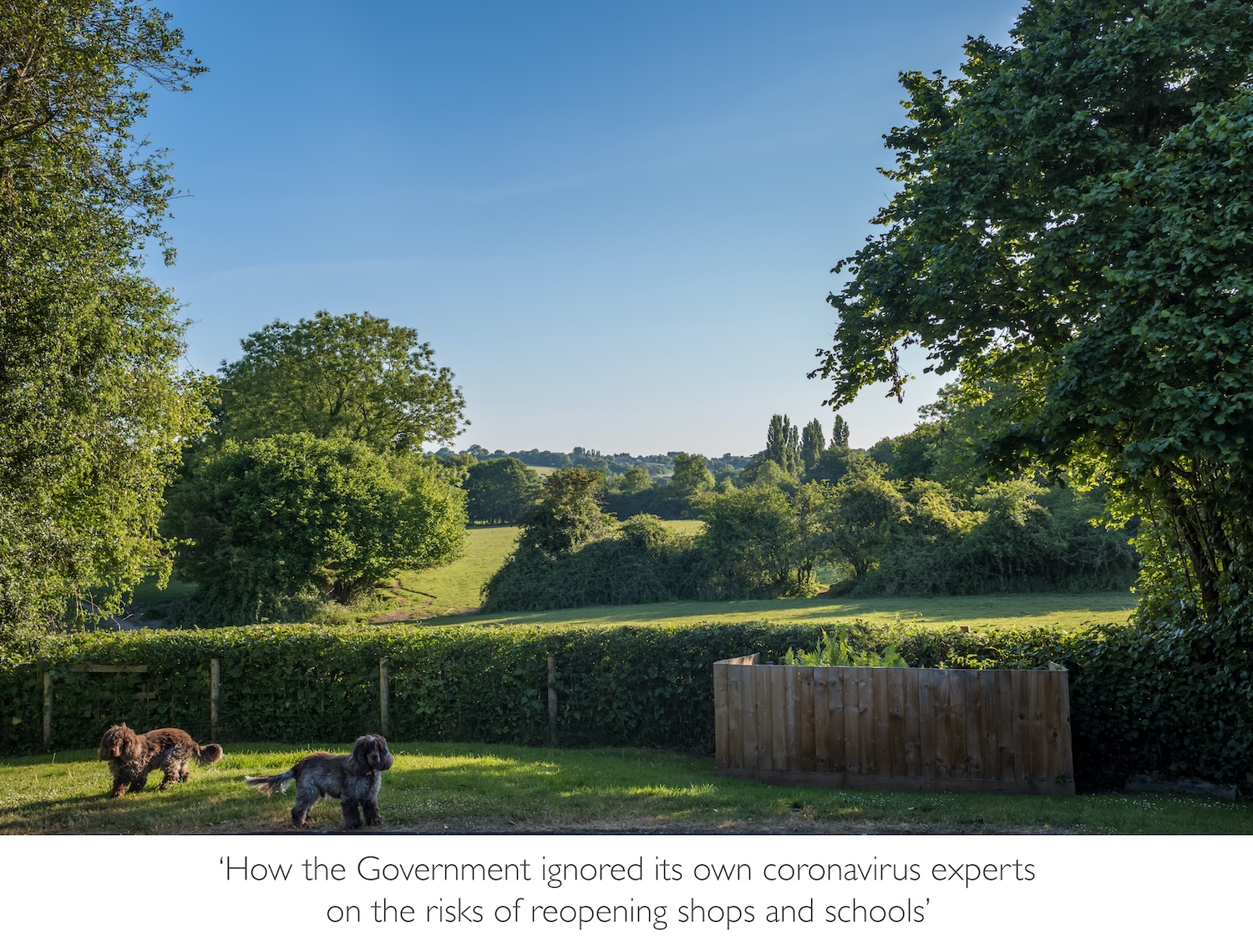 For example, around Day 76 (May 30th) I was hearing that the UK would be doing ‘better’ in the pandemic if it wasn’t for people breaking the rules.

Possibly, but this led me to write a response on facebook, recorded here:

First, it should be noted that initially Govt & Scientists were surprised how well people stuck to ‘Stay at Home’ over the past two months – better than expected in the models. We heard that a lot at press conferences, backed with mobility data. Second, over 40% of deaths seem to relate to Care Homes where people were hardly breaking the rules (though they now, it seems, were not properly supported by Govt). Third, we are all sadly now familiar with PPE issues and lack of testing capability.

So, it would seem very hard to pin much of the UK excess death toll on ‘people doing wrong’ – especially as it tends to be young people getting the blame yet deaths skew older. Personally, I find the logic wrong.

Now, of course, we have the Cummings fiasco. He is a senior Govt figure who should lead by example. He didn’t – we did not even get an apology. Cummings’ press conference, and Johnson’s unequivocal backing of his crass story led directly to a huge drop in public trust (see the polls). We can’t blame the media for a massive government own-goal (or series of them, I should say).

Today’s message is fuzzy, Ministerial press conferences have been a mess (Sunak being the exception). And reports from all ‘sides’ in the media about government not fully following science advice make it worse.

Everyone wanted the Govt to succeed on our behalf. Public Health is like that. But it will hardly be a surprise if people ‘break’ the rules, now.

The death toll is a very sad result for a country that should have done better given the warnings, time advantage and our economic and scientific strength.

Addition: at 5pm on the 30th .. Prof Jonathan Van-Tam’s mic drop on the rules and the situation we all face.

Addition: 7:30pm on the 30th .. the Purbeck Police post. Rules being shattered on Dorset beach, made worse as police had to land helicopters to rescue people hurt in jumping from cliffs at Durdle Door. 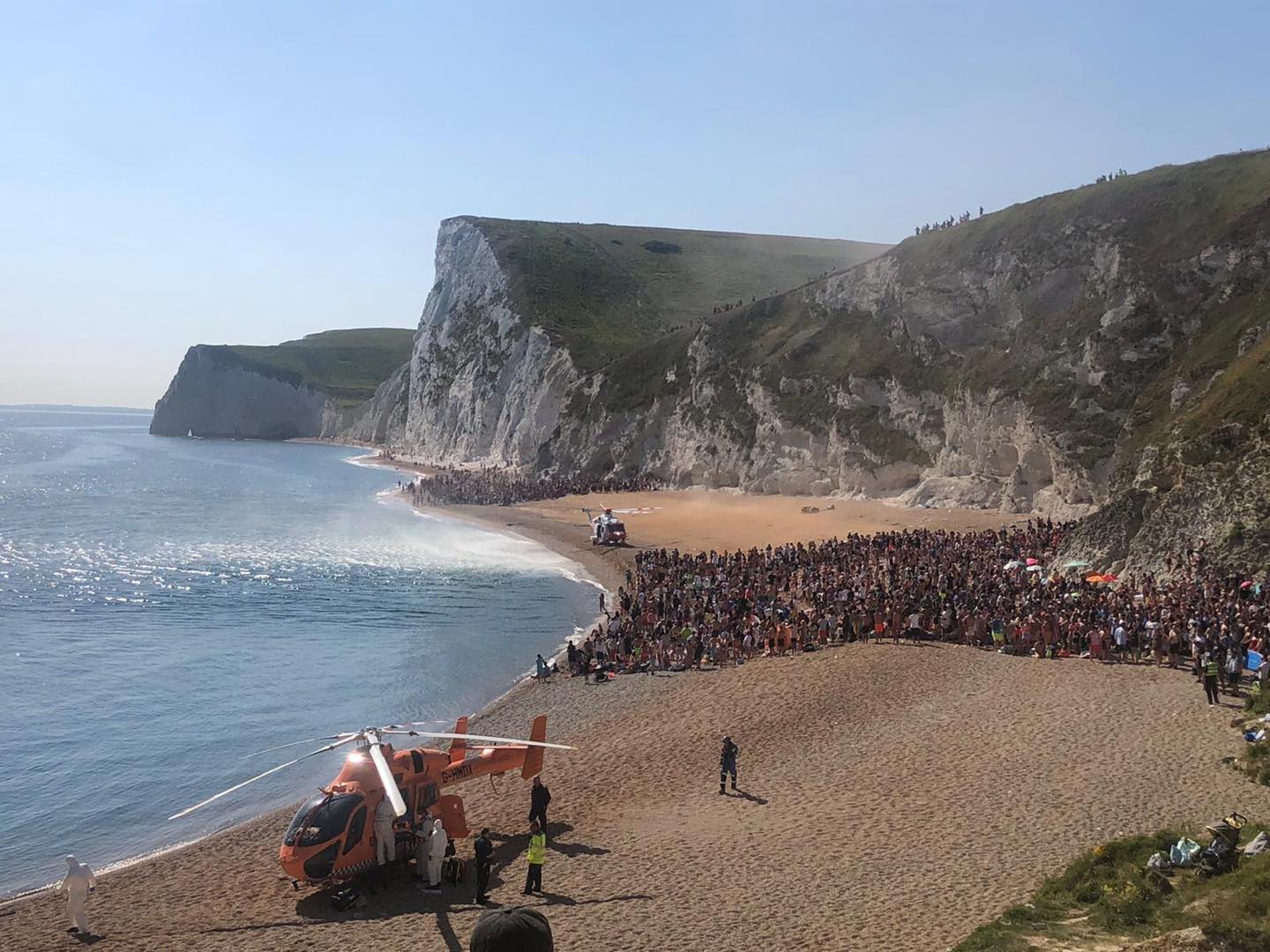 As  the Government no longer provides comparisons with other countries, I find the Financial Times is an excellent data resource. Here is the latest data, both in total number of deaths and deaths per million. 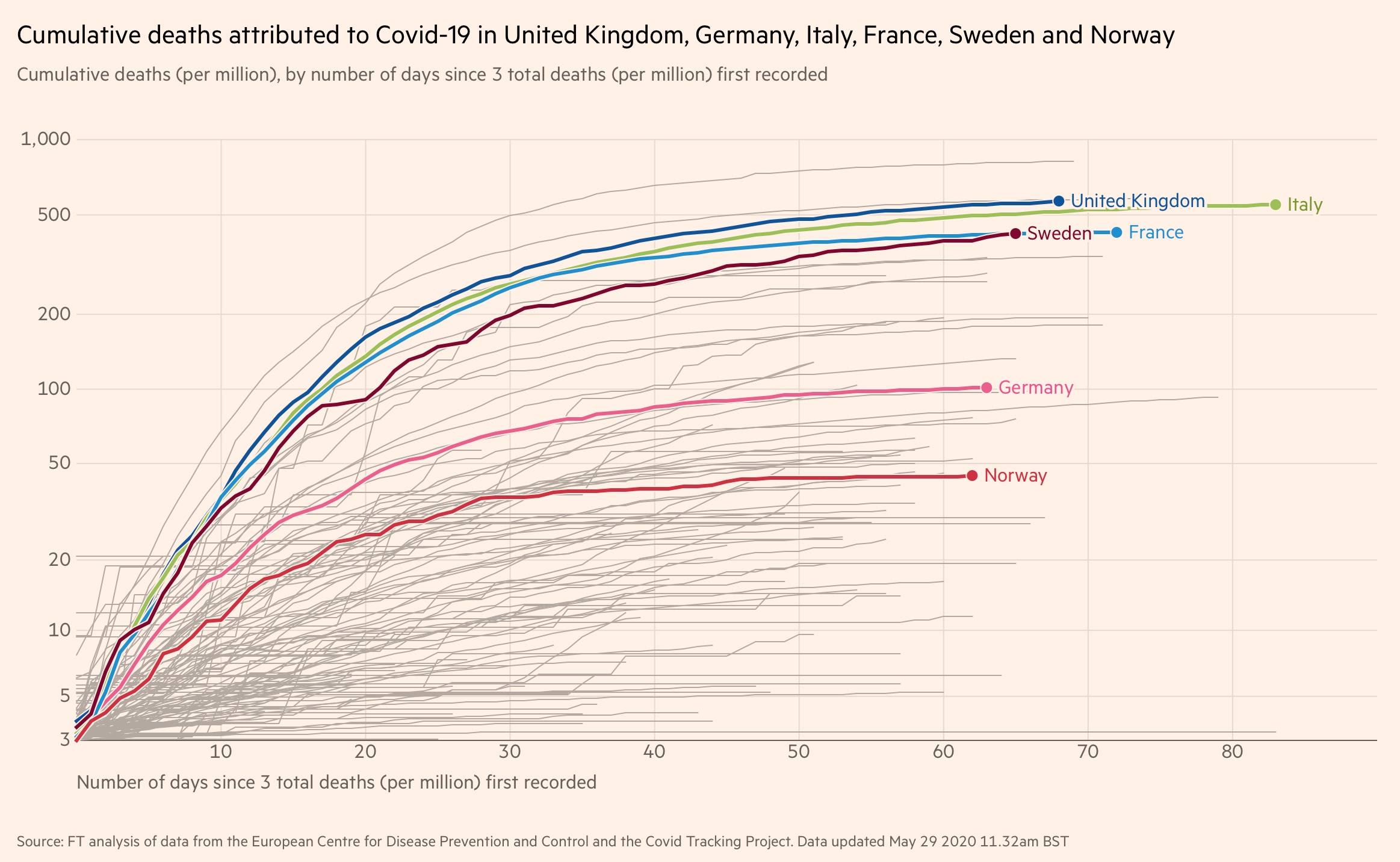 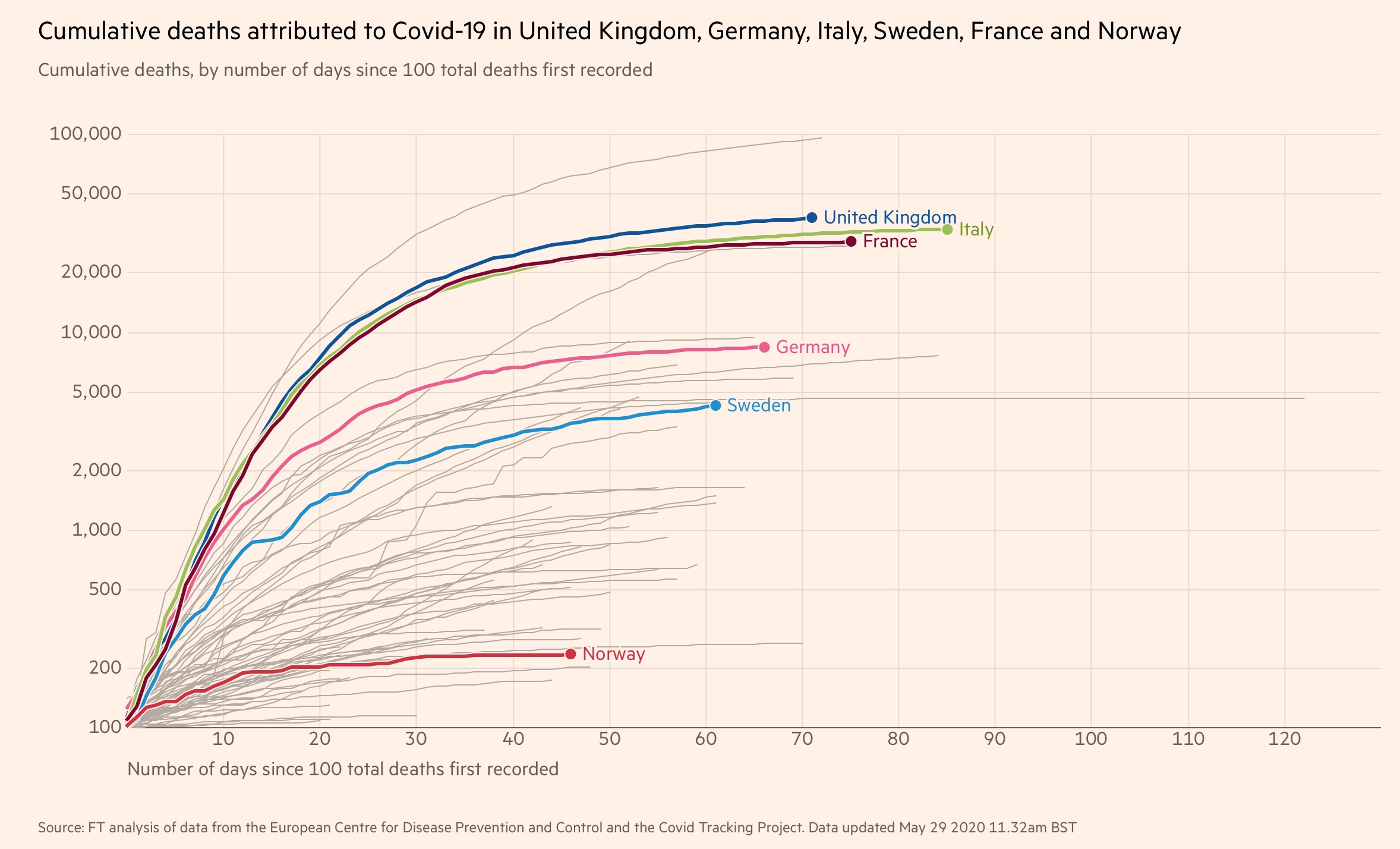 Super Saturday in Frome . 'Raise your glass but r

'We're all going on a summer holiday No more worki

‘How 100 days of coronavirus lockdown have chang

'Kicking around on a piece of ground in your home

'These excuses how they've served me so well They'

'We climbed towards the sun We turned and cursed a