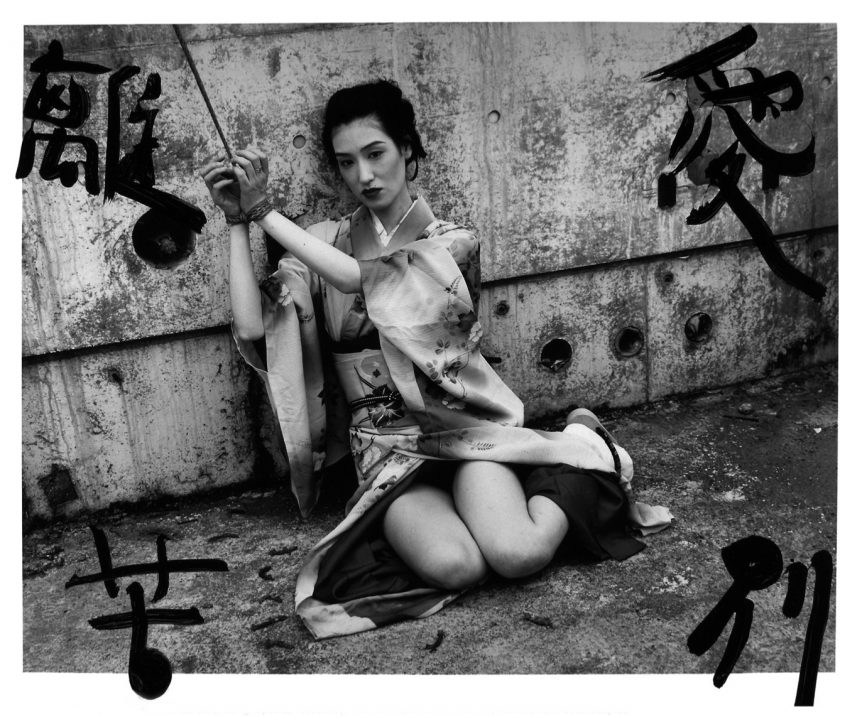 Almost all of this MA program to date uses a European / American ‘gaze’, in its choice of reading and referenced photographers – even the exercises.

This is not unusual. For example, the volume that is a self described ‘bible’ on street photography, Bystander, considers itself as a comprehensive history – yet has almost no references outside of the Western sphere. Even in its lauded second edition, the sparse references to Japan look at that thriving photographic culture from the viewpoint of Western (male) photographers who visited that country. This is perilously close to choosing an ‘imperial gaze’, despite the undoubted credentials of the authors, Westerbeck and Meyerowitz.

Joan Fontcuberta’s volume, Photography – Crisis of History, examines the point that most histories of photography are ‘western centric’, and also focused on ‘iconic images’ rather than social, historical and cultural context. Within that work, many essayists, including Teresa Siza, in Uncomfortable Reflections, note that the digital world helps open up the global conversation:

‘It is quite clear that photography articulates history, but history not only informs the photographer, it also clarifies the understanding of the photographic image and of its history.

‘Photographers representing minorities, whether ethnic or social, have overcome through the value of their work the obstacles that always seem to beset difference.The great innovation of the information highways – and digital television will make the circulation of the world’s stock of information still more accessible – is precisely the irruption, the presence. of minorities of every kind, of representations of what is still known as the Third World or disadvantaged or awkward groups, such as AIDS sufferers.’

‘A history of images with an archaeological basis will have to take into account the ideological vision and ‘the gaze of the other’ in exactly the same way that anthropology has to do’.  (Fontcuberta, 2002: 127).

Even so, whilst the authors of the essays in Fontcuberta’s book urge examination of cultural, technological, political and historical context, most still assume a ‘western gaze’. Even Siza’s comment about the ‘disadvantaged’ could be considered in that light.

An exception is Joan Naranjo, who comments:

‘There is no error in leaving out what one in not aware of, but the majority of histories of photography have deliberately omitted the photographic output of almost the entire planet. There may be many but perhaps the most important reasons for this that for a long time cultural colonialism weighed heavily in the composition of these studies: in addition to the cultural colonialism and the aesthetic elitism which has tyrannised the process of selecting images carried out by some historians, political conditions have also acted as important filters’. (Fontcuberta, 2002: 139).

Michel Frizot’s imposing yet hugely educational work, A New History of Photography, is lauded in Fontcuberta’s book. Frizot takes a refreshingly multi-dimensional approach to the issue, examining broad themes and cultural influences. And he notably includes a section on Japanese Photography with that in mind. Unfortunately this is one of few references with a ‘non-Western’ gaze.

Clarke’s The Photograph: A Visual and Cultural History is even less satisfying, to the point I suspect that ‘cultural’ was shoe-horned into the title well after writing the book. For example, he mentions Japan in the context of building great cameras and a visit by Marc Riboud.

Marien’s volume, Photography: A Cultural History, is a very worthy yet oddly unsatisfying attempt to create a comprehensive cultural history of photography. There are interesting spotlight articles on photography and photographers from around the world – I particularly enjoyed the one on Shomei Tomatsu, noting that he was a leader in the ‘subjective documentary’ approach post the drop of the atom bomb on Japan. Japanese photographers rejected the notion that there was a clear distinction between ‘art’ photography and documentary, preferring instead to combine these ideas, particular as they explored Japanese post-war identity.

Marien also correctly places the connection between Yukio Mishima, fascinated to the point of suicide with ancestral Japanese culture, and photographers such as Eikoh Hosoe. Yet the development of new forms of photography – or of photography prior to the bomb – is scantly mentioned. In the chapter on Culture Wars, for example, Araki is noted as being influenced by pornography rather than Japanese sexual culture.

Beyond Japan, as Marian herself notes in the China entry, that country’s photographic history has yet to be written. That seems to apply to many countries and cultures. Artists such as Lukas Birk are gradually correcting this, with his series on Burmese photography.

Perhaps the best global and culturally sensitive work currently available is Martin Parr and Gerry Badgers’s The Photobook: A History, parts 1,2 and 3.  In fact, from the viewpoint of the photo-book, it would be impossible to execute such a project without including Japanese photography. As the authors note, Japanese photo-book authors are undeniably publication oriented, with Araki and Moriyama almost the prolific in the world. They also note the books by Ken Domon (Hiroshima), Shomei Tomatsu and Ken Domon (Hiroshima-Nagasaki Document, 1961) and Shomei Tomatsu (11.02 Nagasaki), and go on to write:

These three key books, along with Kikuji Kawada’s symbolic reportage in Chizu (The Map, 1965), constitute photography’s most significant memorials to the defining event in twentieth-century Japanese history. They also illustrate a clear progression towards truly world-class Japanese photographic expression. That Japanese photographers should be reaching out towards the world is clearly important in this case, for the ‘world’ – in the shape of Japanese Imperial expansion, and the inevitable reaction to it – was responsible for the terrible events graphically recorded in these three volumes. (Parr and Badger, 2004: 274).

Still, the definitive truly global work covering all aspects of photography (beyond the book form) and analysed from the technological, historical and cultural perspective is still unavailable. That would be a truly ambitious project! In the meantime, I believe it beholds all photographers to work hard and move past their own ‘local’ gaze.

Having spent a great deal of my professional life living and working in various countries on all continents across the world, I have often sought ways to consider how best to understand culture. One of the most helpful models has been Gerry Johnson’s Culture Web, in Exploring Corporate Strategy. Whilst intended as an organising tool to review corporate organizations and institutions, there are ideas here to consider in looking at photography, Western or otherwise – cultural routine, myths, power structures and symbols perhaps being perhaps the critical items to photography. 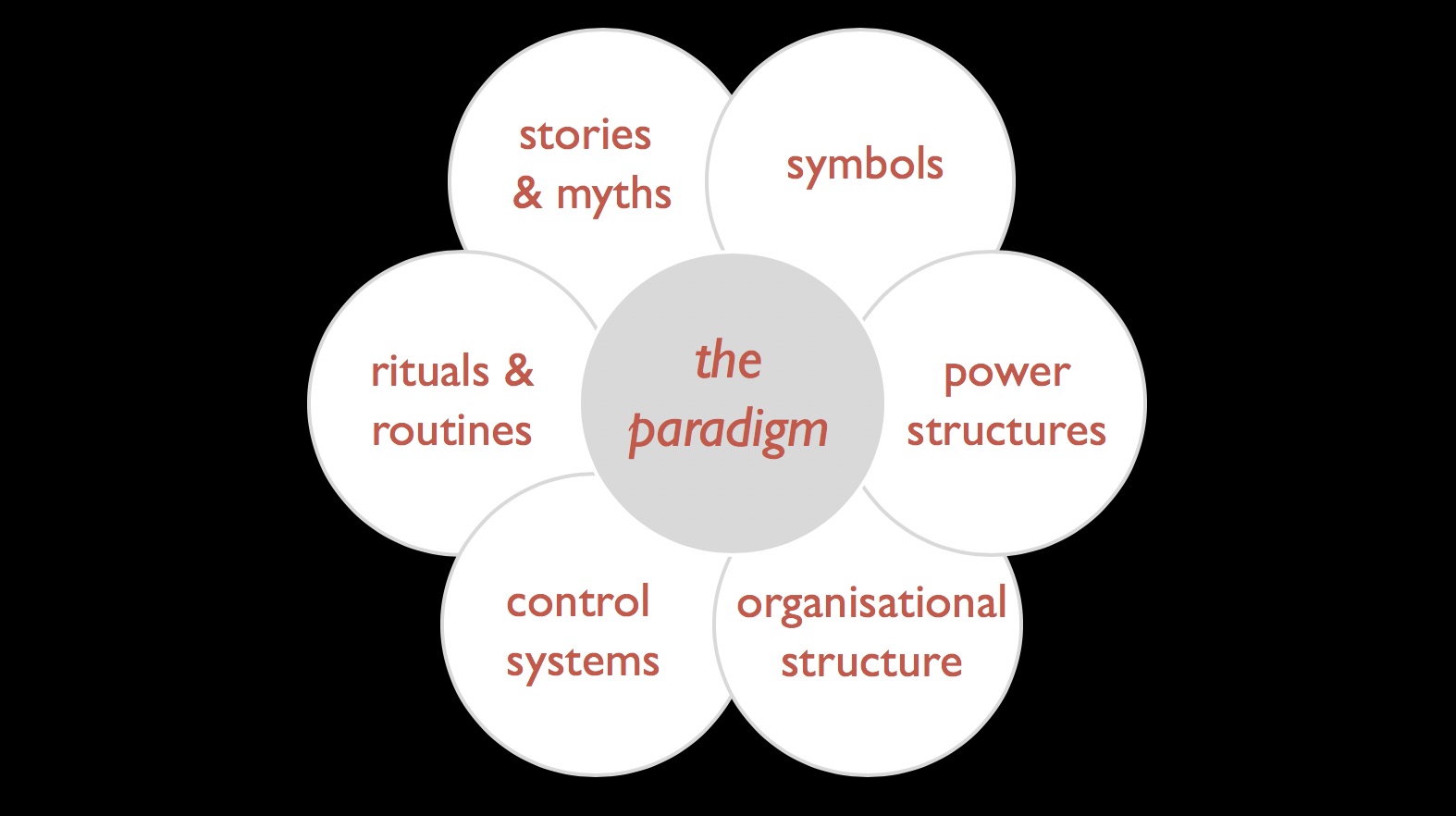 This could be a helpful organiser for a global history.

Less ambitiously, it has significant bearing on my Cambodian project, where from the outset I stated that I wanted to view things from the perspective of the people whose stories I am telling. But, stepping back from the work I have produced, I feel I have a long way to go in understanding and portraying cultural context. I have studied the history extensively, and spoken with many local people over the years, on both sides of the war. I also posted previously on Cambodian Photography, part one and part two. Still, somehow, this seems like just scratching the surface.

On my next visit, I will be meeting with Cambodian photographers to discuss this very point, and consider whether a more collaborative approach to my project is feasible.

I also hope that we can explore the cultural issue in Informing Contexts.