Dad was in Egypt just after the end of World War II, 1946 – 1947. Some of his photographs were in an album, and others kept neatly in Craven ‘A’ cigarette tins.

I am not sure what camera he was using, but the negatives that remain were 120 film.

Sorting through his work, one of his areas of interest was the people around him in the GHQ camp outside of Cairo. He had a good eye for composition, and his exposures were generally very accurate.

He had contact prints made, and in almost every case wrote about the photograph on the back of each.

There are many possible projects here – his photographs of Cairo, the army camp where he was based, the Naafi ‘Lone Palm’ recreational camp, or the portraits. There are probably two-three hundred photographs to sort through and scan. Most are in excellent condition, although some are deteriorating and on the edge of reproducibility.

Here is one of the first – a portrait of Dad at the Nile Delta Barrage, taken by another soldier, Gordon ‘Dicky’ Bird, in 1946. Dicky was obviously a friend of Dad’s as he features in several other photographs. 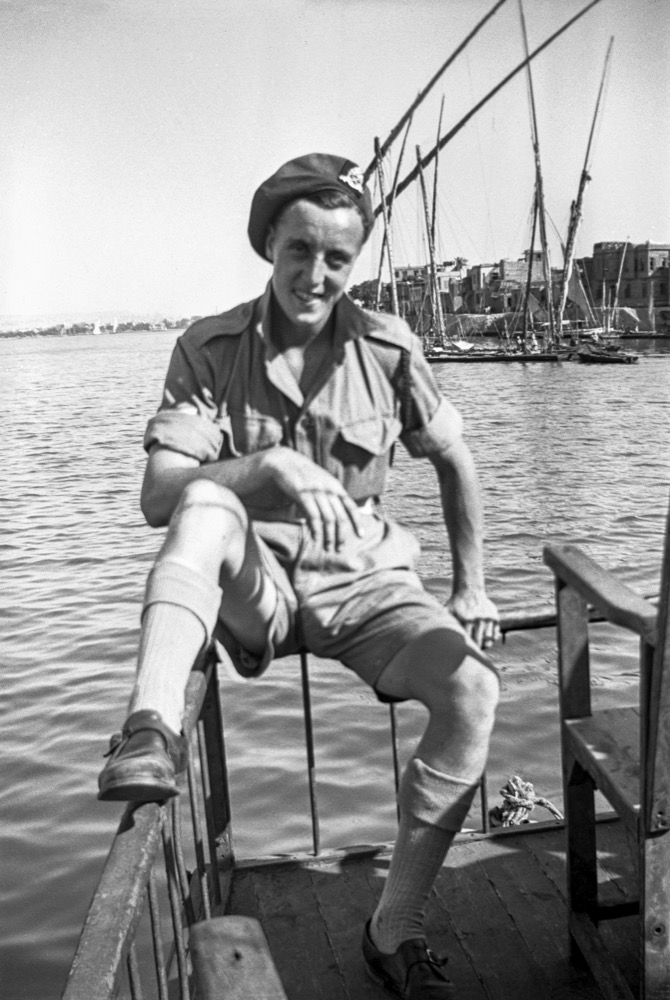