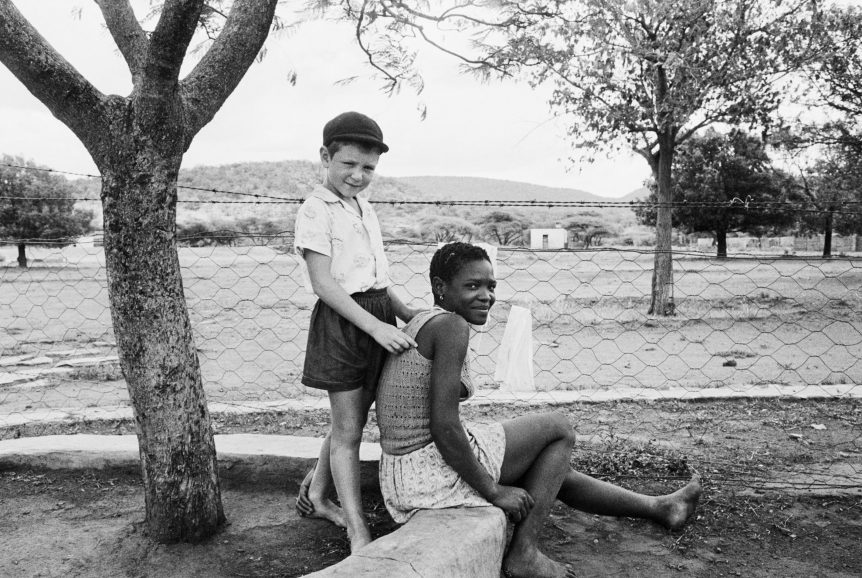 ‘I suppose at best, I had hoped we might see ourselves revealed, as it were, by a mirror held up to ourselves’

I was aware of some of David Goldblatt’s work, as I recall reading his obituary in the BJP last year. But my knowledge was superficial. Michelle suggested I look in more detail, particularly at his early work. Perhaps by coincidence, there is currently a major retrospective of his work at the MCA, Sydney, and an accompanying book is being released in the next couple of weeks.

Goldblatt (29 November 1930 – 25 June 2018) was a South African photographer who portrayed his country during the Apartheid era. More recently he was concerned with landscapes, although with a ‘social’ mission. He clearly felt offended by Apartheid from his youth, and in that sense virtually all of his work is ‘political’. 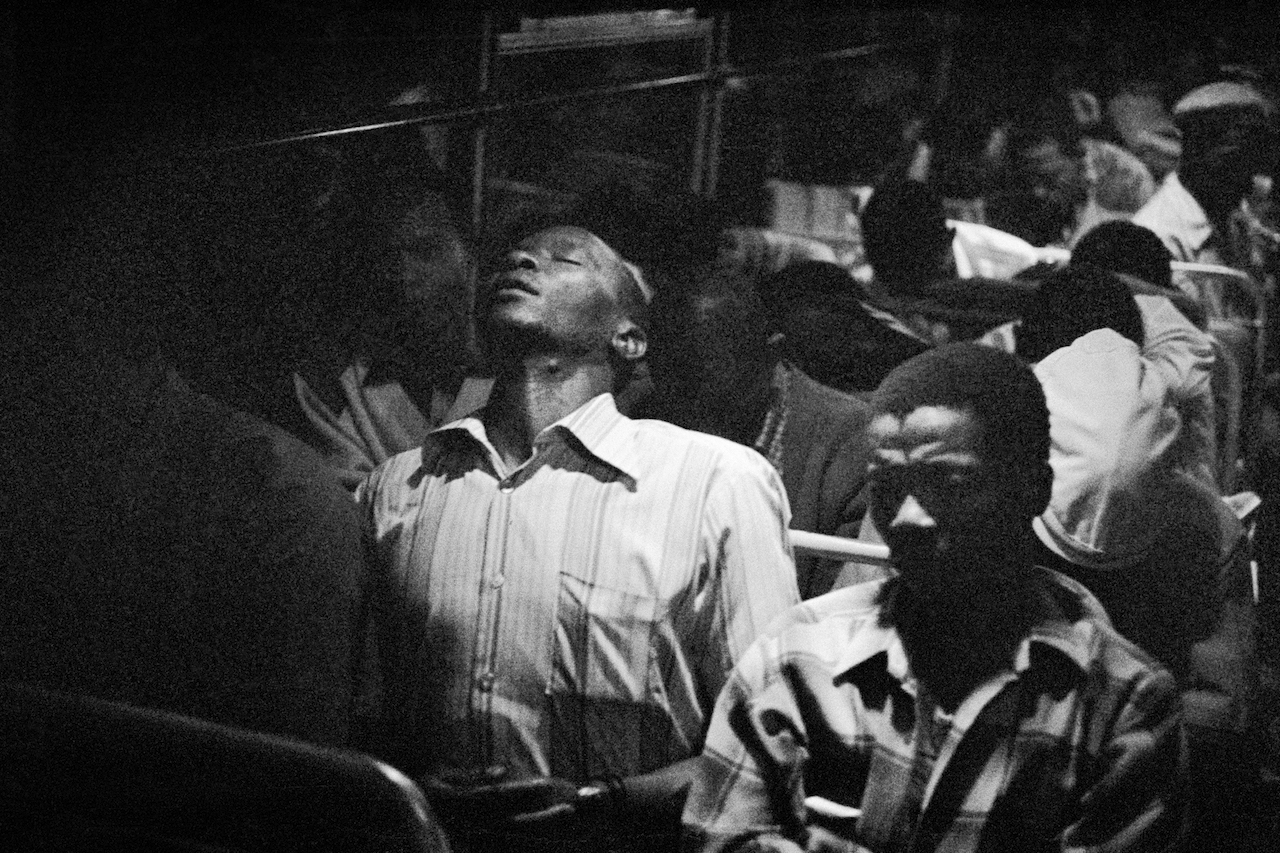 Whilst his images are compelling, often his work required a title or context to really strike home. His documentary style was to let the images tell a story without an aggressive ‘protest’ narrative or newsworthy splash. Goldblatt also returned to his titles, to update them or add detail, such as the names of the subjects.

His work recalls Frank’s Americans which, with its acute yet unorthodox chronicling of racism was initially rejected by critics. Goldblatt however seems to take a more traditional approach to composition, with well-constructed frames and self-contained stories – as opposed for some of Frank’s more radical pictures. 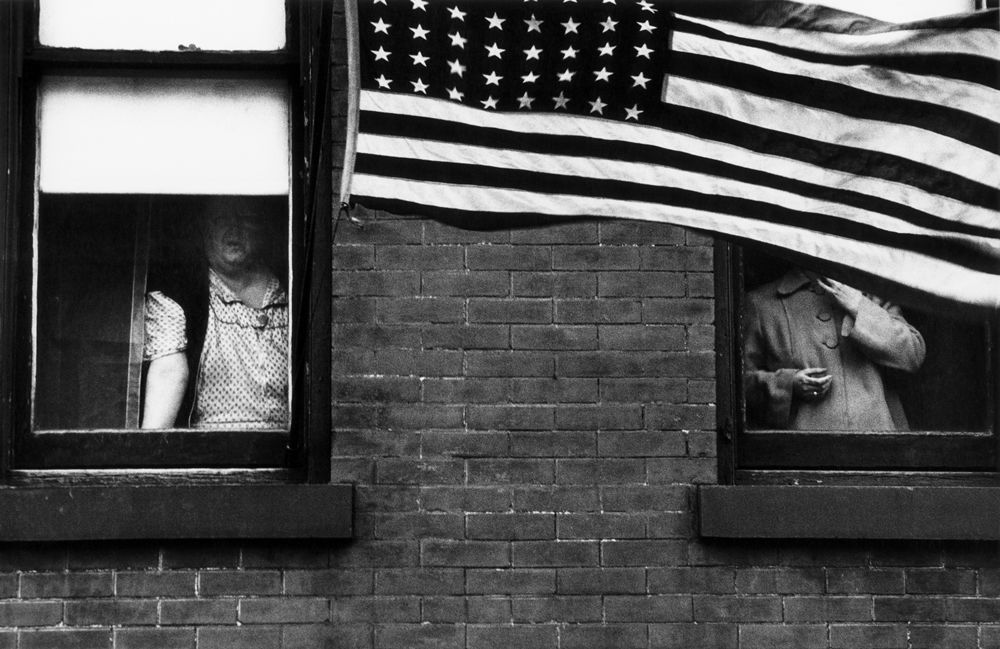 ‘I was never interested in making propaganda for anybody and didn’t allow my photos to be used that way. I tried [instead] to penetrate to the values of the people I photographed, or the situations’.

He thus never joined an agency, preferring the freedom to create work his own way. Intrinsic to Goldblatt’s work was capturing all sides of the Apartheid narrative.

‘He also photographed white South Africa, taking the same dispassionate look at white nationalists, the comfortably wealthy, and the poor and disenfranchised he found among them. In Boksburg, published in 1982, was a fly-on-the-wall look at a white-only town on the edge of Johannesburg heavily dependent on black labour; initially commissioned by Optima, the story was rejected by the magazine for its quiet but damning depiction of privilege’.

In the header, there is clearly a tender relationship between the boy and his carer – but his position standing above her, and his posture,  speaks volumes about who is really in charge.

The Afrikaans family below has seemingly better living conditions than most Blacks, yet there is clearly pain at the table. The body language is tense, the tableau composition puts distance between the family members, with little intimacy, and it seems clear that, whilst white and privileged, they are not doing particularly well. His equal-handed portrayal of black and white poverty caused much debate at the time the images were first published. Editors that disked his work saw it as overly blatant images of both oppression and privilege. 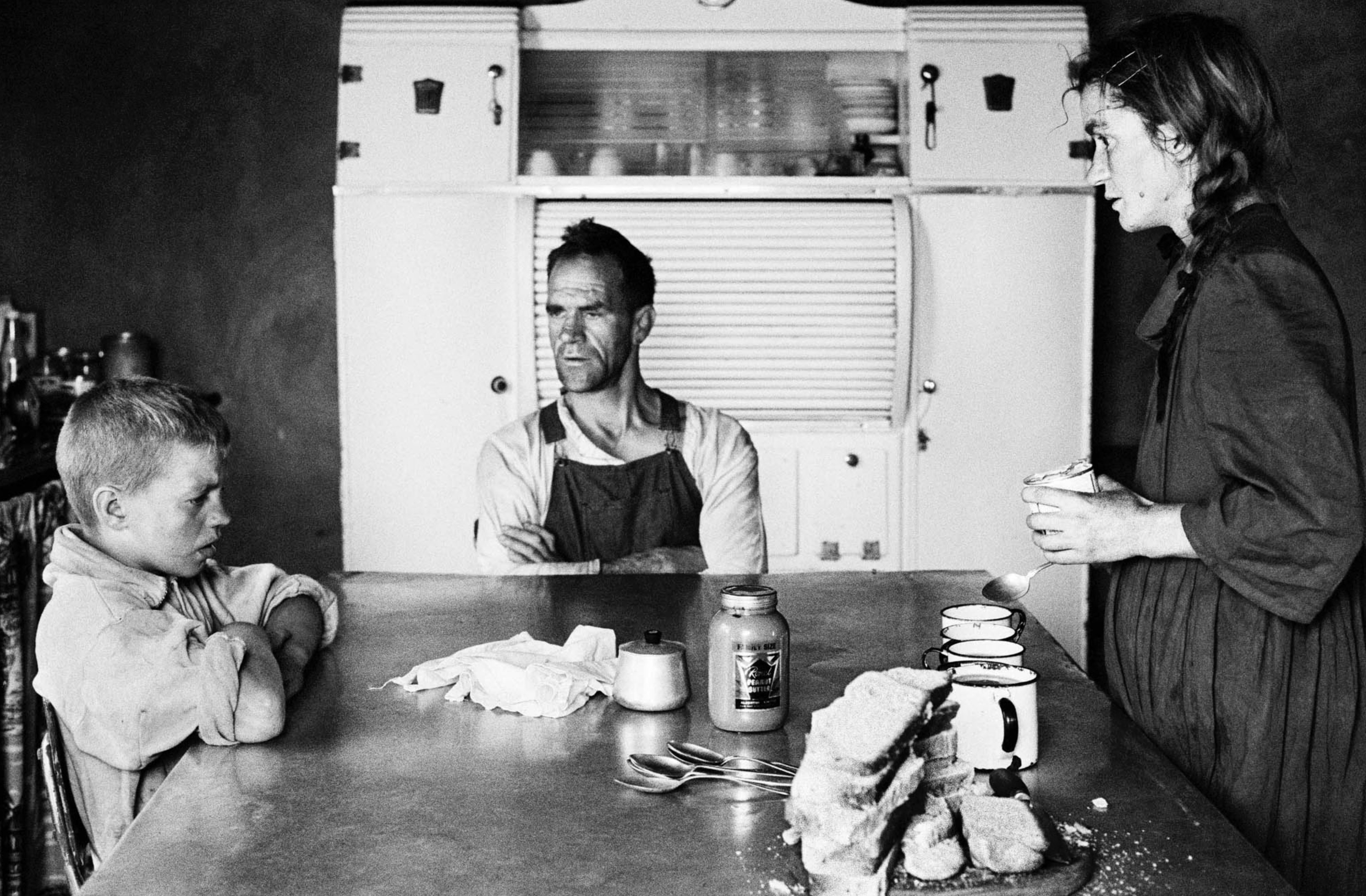 David Goldblatt. 1962. A Plot Holder, His wife and their Eldest Son at Lunch.

On the other hand, the sheer arrogance on display from these commandos, accompanying National Party Leader Hendrik Verwoerd is unmistakable. 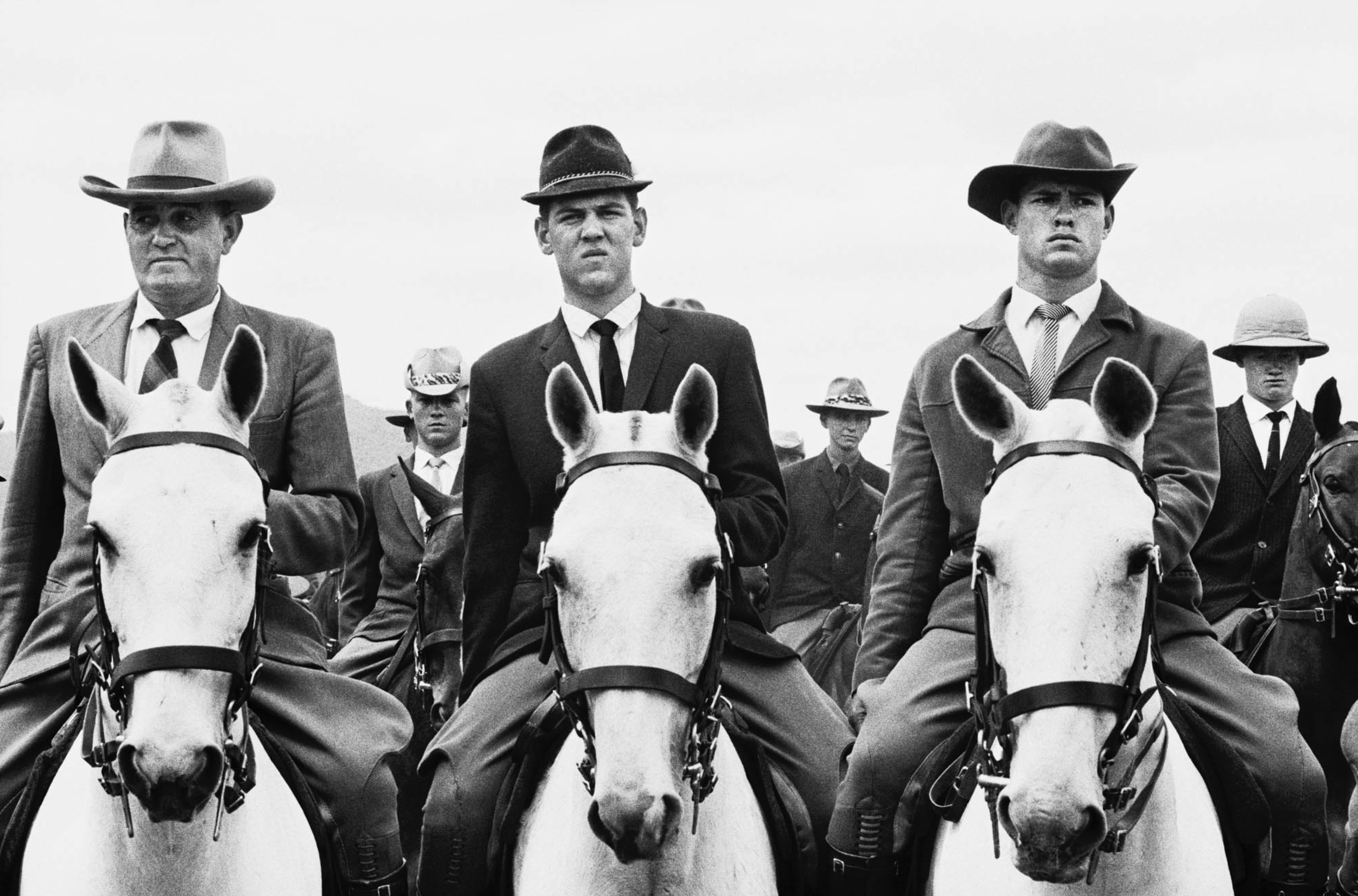 In these images, Goldblatt lets his subjects do their own talking.

He was quoted in the Fred Ritchin article in the Design Observer:

‘The camera was not a machine-gun … and … photographers shouldn’t confuse their response to the politics of the country with their role as photographers’. 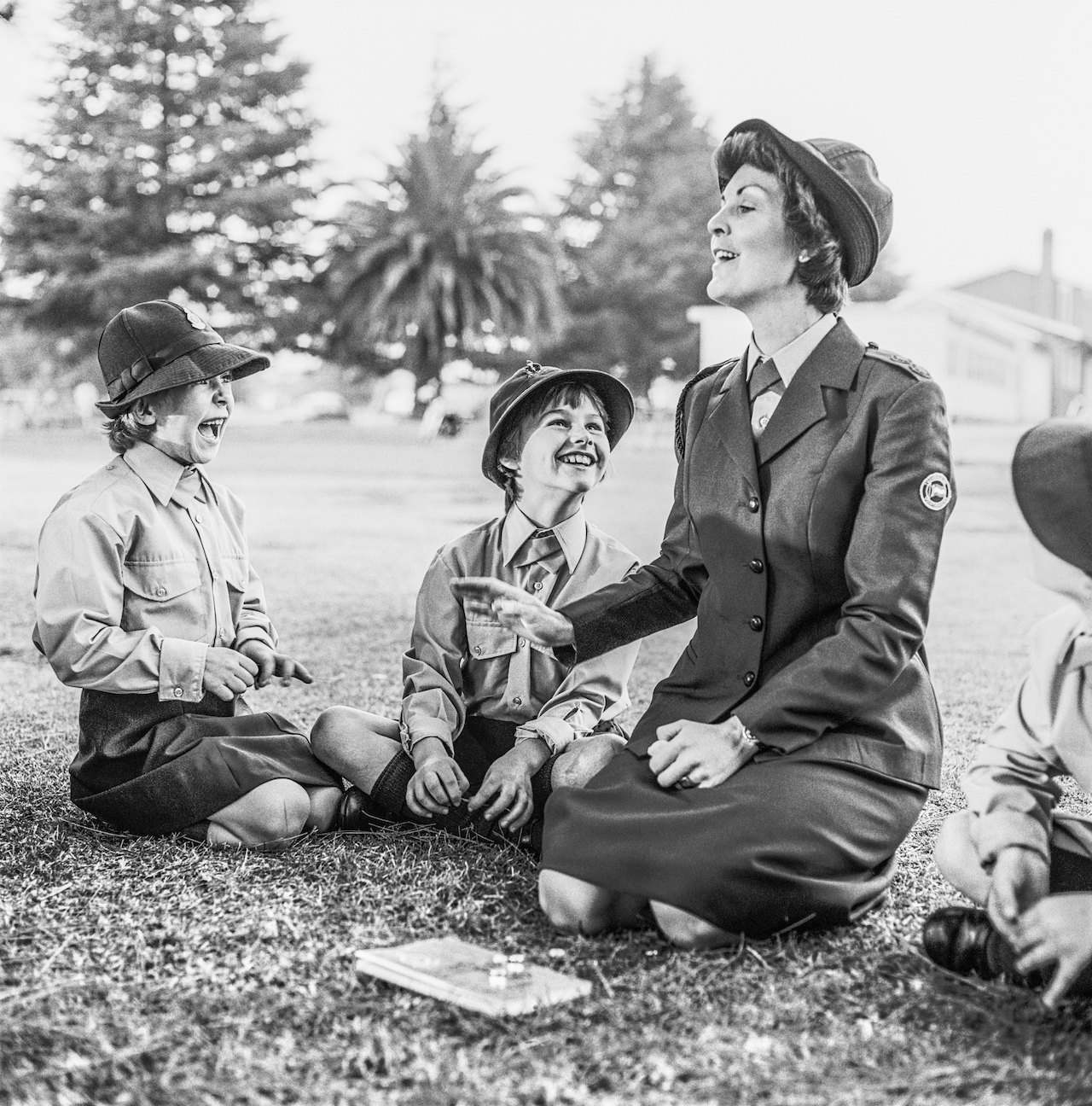 David Goldblatt. 1980. At a meeting of the Voortrekkers in the suburb of Whitfield, Boksburg.

In much of his portrait work, Goldblatt preferred to maintain eye contact, rather than peer through his viewfinder. There is thus a real sense of intimacy in his portraits, connecting photographer, viewer and subject.

His portrait work is reminiscent of Walker Evans, or perhaps Paul Strand, both acute observers of the human condition, letting those portrayed communicate through their lenses with minimal editorialising from the photographer. 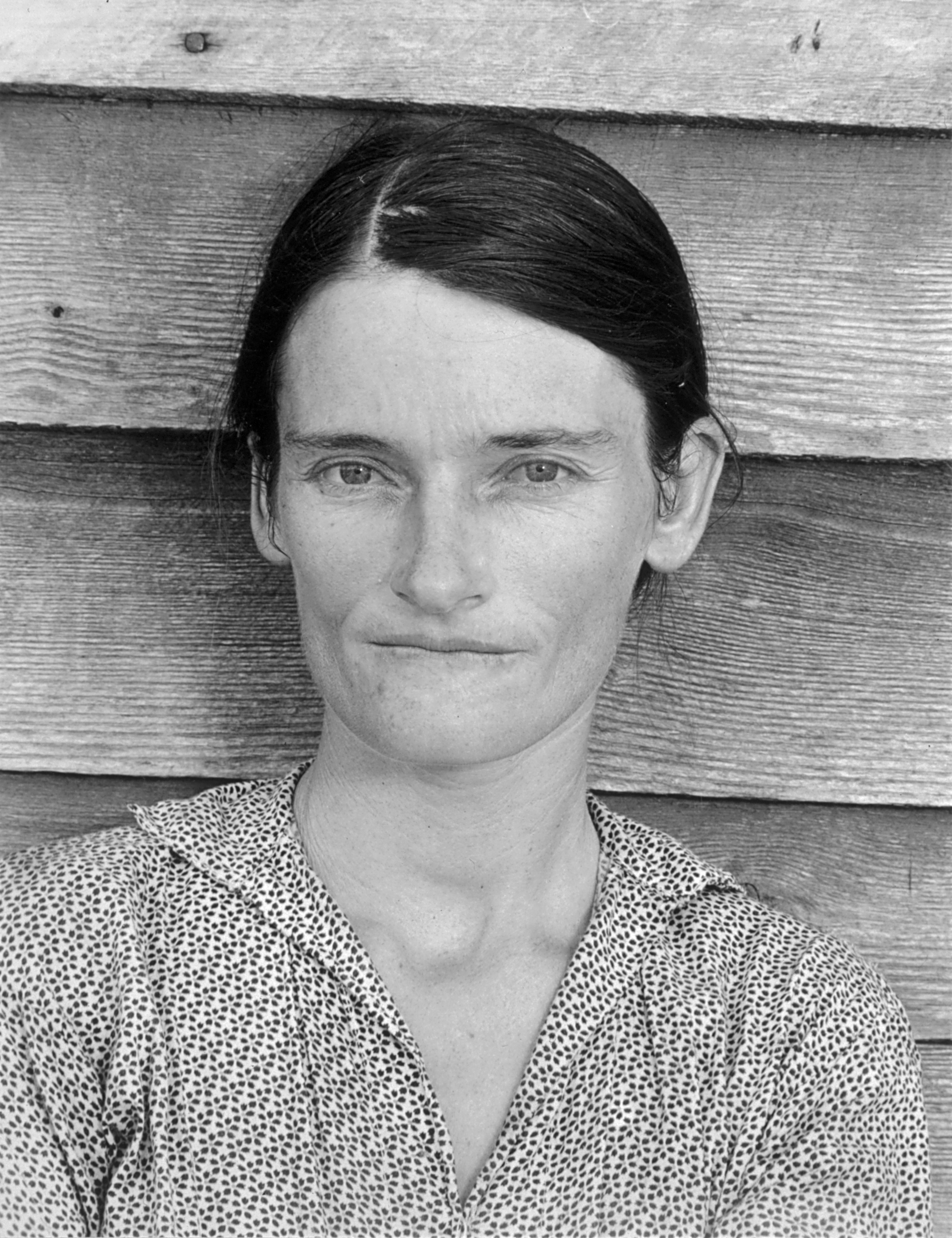 In sum, his thoughtful, contemplative and superficially objective images have a quiet eloquence, bearing witness to events rather than trying to shape a viewers response. Whilst never really dispassionate, Goldblatt seems less sentimental than many other ‘concerned’ documentarians. Dorothea Lange comes to mind, an inspiration that Goldblatt himself has noted.

‘David wanted to remove his judgement from his photography. He always said that if a photograph serves a certain idea, even if it’s a good idea, the idea always takes precedence and the photography then contains a judgement’. (Ziebinska-Lewandowska, 2018).

He also had an eye for detail, encouraging the viewer to explore the image, for context and coding about its meaning. 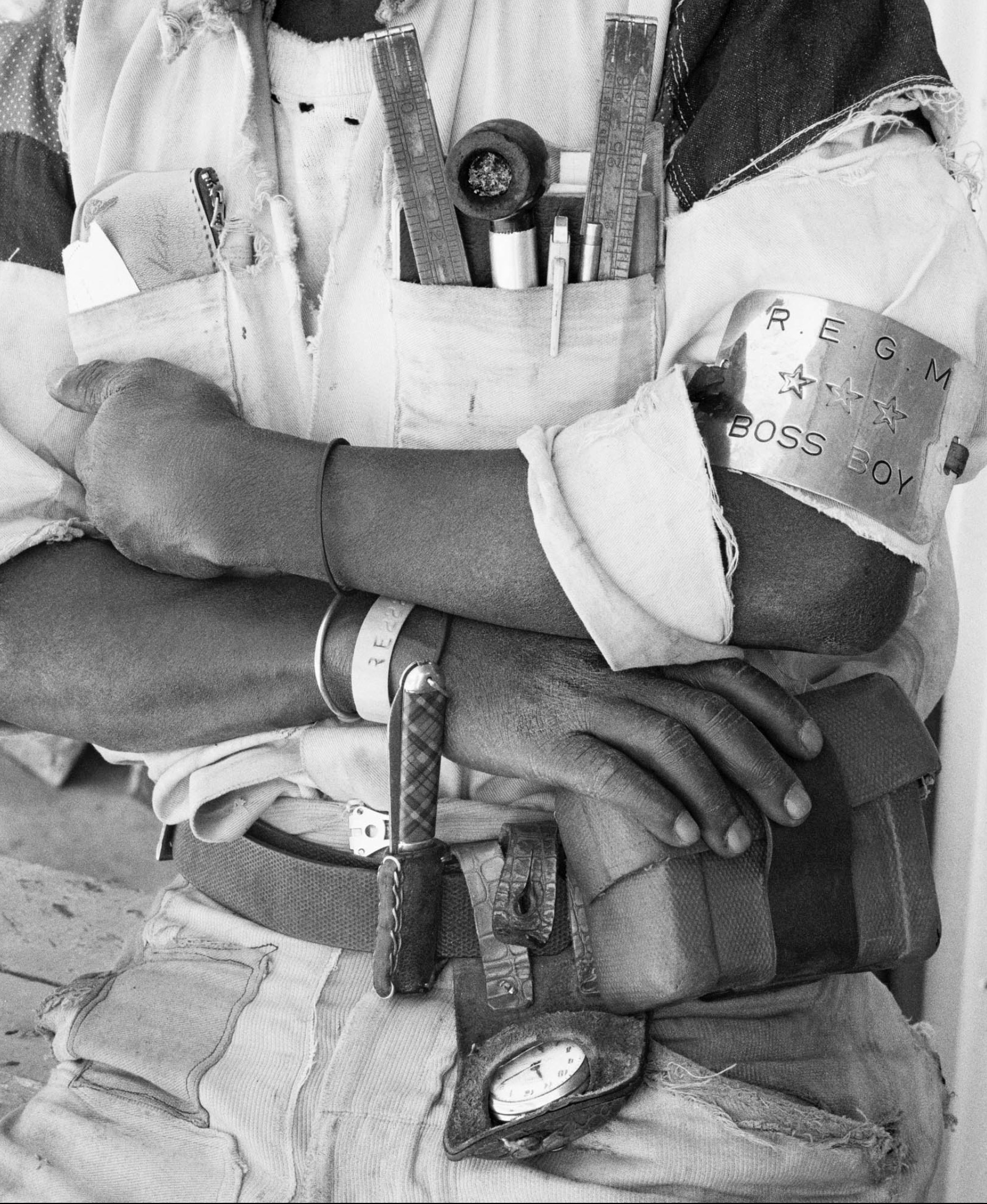 I find this instructive for my Cambodian work. In telling the personal stories of survivors, I want the images to be their voice, not some sentimental (judgmental?) work that overpowers the real story. My job as a photographer is to give voice to the survivors, not interpret their meaning. I also strive for intimacy, something which often eludes me, as I over-concentrate on the frame and under concentrate on the subject.

Goldblatt also used landscape and people-free images to add context to his narrative. This photograph of shovels bears quiet testimony to the wealth extracted over the hard, brutal work of black miners. Still, its power only really shines through when titled and put into context with other images, again perhaps reminiscent of Robert Frank or Walker Evans. 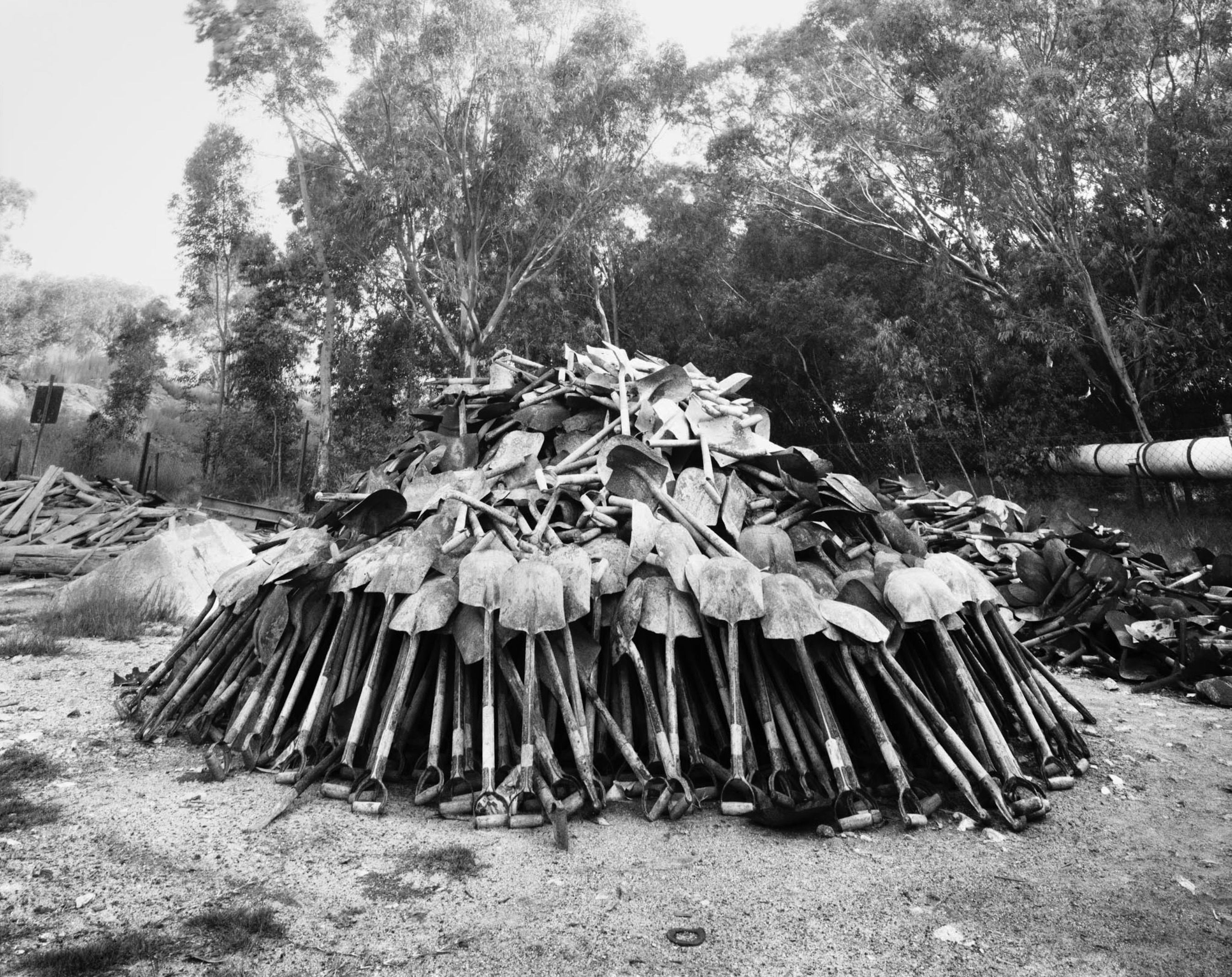 In developing the Cambodian project, I have put attention against the use of landscape and urban imagery. Unlike the holocaust, most of the remaining sites of the genocide are hidden or even absorbed into the landscape.

From the beginning of this MA, I have thus looked at differing approaches to the issue of ‘aftermath’. Landscape and Context was an early post, exploring the work of Paul Seawright, Willie Doherty and others. More recently, I have compared the Soviet photographic response to liberation from the Nazis, with the prevailing Western view.

Probably the biggest influence on my work has been Sophie Ristelhueber, starting with her aftermath coverage of Iraq. Adam Broomberg and Olivier Chanarin’s work also helped me refine the idea of traces – implications of the genocide, avoiding some of the pitfalls of dark Tourism.

Interestingly, some of Goldblatt’s more recent work has similarity with Ristelhueber – almost forensic in character. 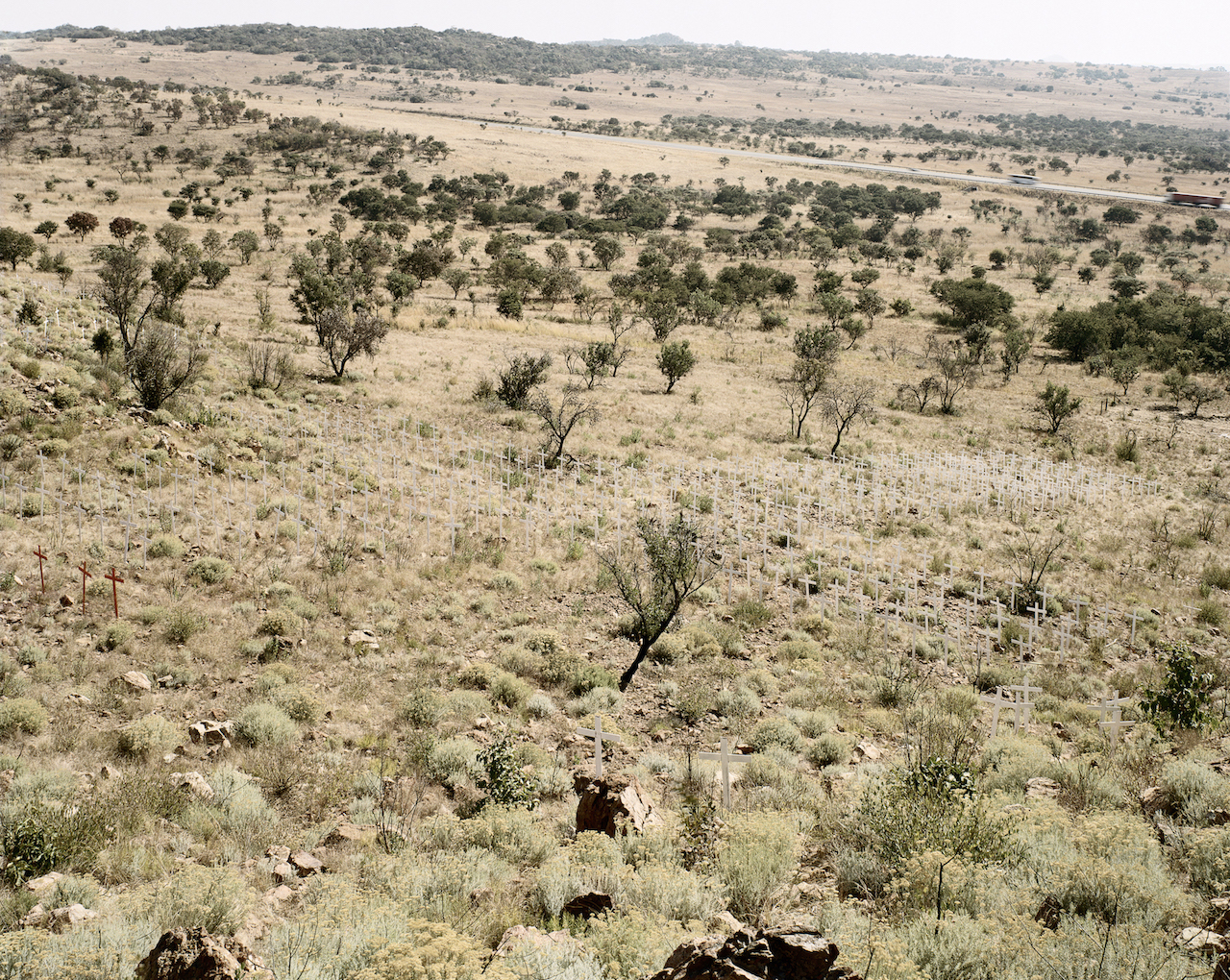 David Goldblatt. 2004. In commemoration of and protest against farm murders, Rietvlei, on the N1 near Polokwane.

One clear difference between David Goldblatt’s early work and my own is that he was witnessing events as they happened. He was also a privileged member of South African society, working from the inside. His sensitivity to the culture allowed his ‘subjective documentary‘ to be finally tuned.

I cannot ‘be’ in the work, as Goldblatt was, but I have 25 years of experience with (and research on) Cambodia and its people. I hope to be able to represent, authentically, my longstanding friends. This project is theirs, not, hopefully, the observations of a foreigner.

Thus, whilst Goldblatt’s work is instructive on so many levels, my position as both outsider and latecomer requires some alternate strategies. I will explore his ‘aftermath’ landscape work further with this in mind.

Header image: David Goldblatt. 1962. A Farmers’s Son with his Nursemaid.