As part of the FMP Installation, I intend to have a section on the history of the Khmer Rouge. The Documentation Centre of Cambodia (DC-Cam), founded by Youk Chhang has offered to let me access their archives, which is the largest in the world about the Khmer Rouge times. DC-Cam provided much of the information for the UN-Cambodian Genocide Tribunal.

Here are some example entries from their online encyclopaedia, with the original captions translated from the Khmer. 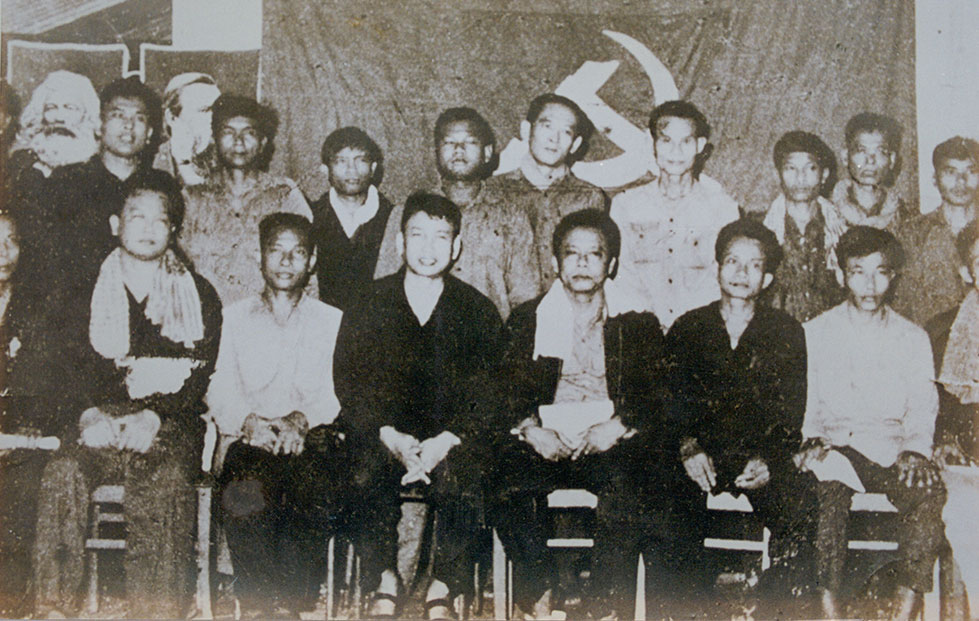 Members of the Communist Party of Kampuchea in Ratanakiri province in the 1960s. Pol Pot sat in front, 4th from the left.
Source: Archives of the Documentation Center of Cambodia

For more information, see A History of Democratic Kampuchea (1975-1979), Chapter 2, and Genocide and Democracy in Cambodia. by Ben Kiernan. 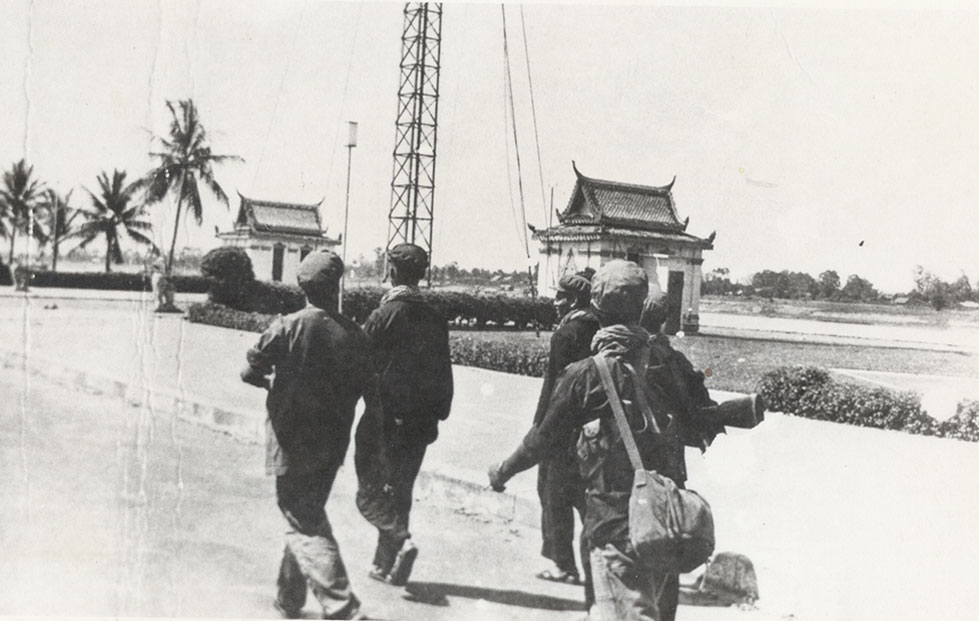 The Khmer Rouge entered Phnom Penh walking alongside large trucks and tanks. Initially the troops were welcomed by people in the city who were tired of war. But not long after arriving in Phnom Penh, Khmer Rouge cadres began to evacuate 2 million people. This was a large-scale forced eviction of Cambodia’s history. Phnom Penh was a ghost town. 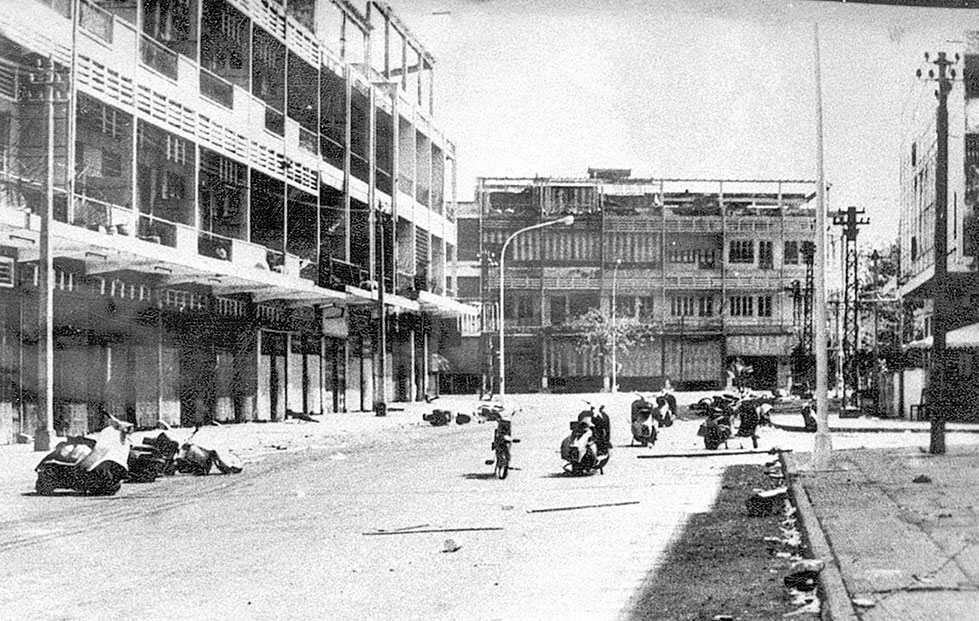 The Khmer Rouge forced nearly 2 million residents of Phnom Penh to flee their homes, falsely claiming that the US were about to bomb the city. Evacuation was without exception; even older people, patients and pregnant women were required to leave. The Khmer Rouge separated children from their parents, and thousands of people died during the forced evacuation because of the lack of proper medical care and  food. Urban residents were moved to remote areas for farming. People living in other towns controlled by the Khmer Republic regime were also evacuated. For the Khmer Rouge, the city was a bad place, and Phnom Penh became a ghost city, with only 3 to 4,000 Khmer Rouge cadres and workers living there. 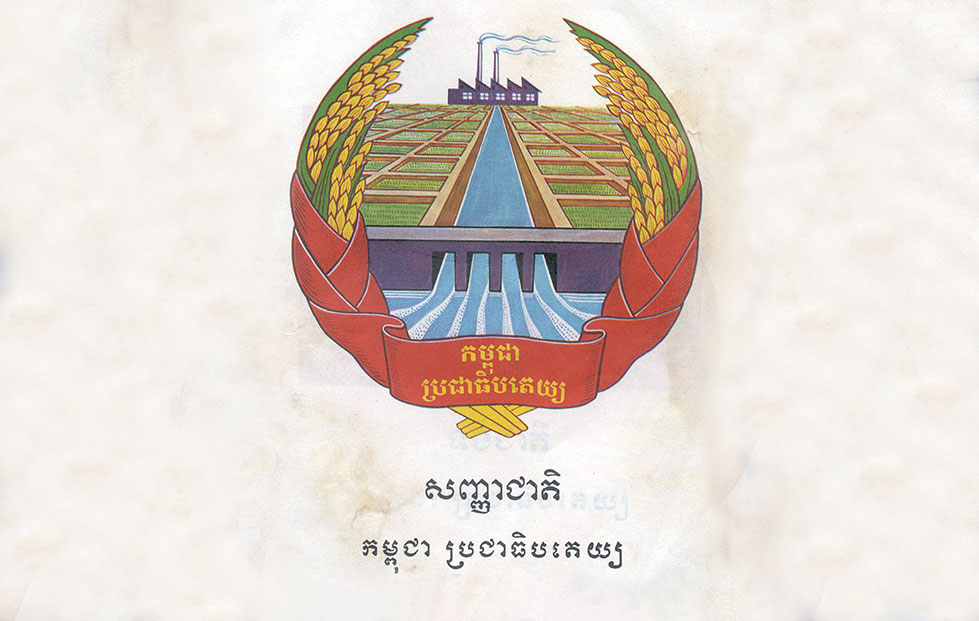 The symbol of Democratic Kampuchea.
Source: Archives of the Documentation Center of Cambodia

For more information please see Genocide and Democracy in Cambodia, by Ben Kiernan. 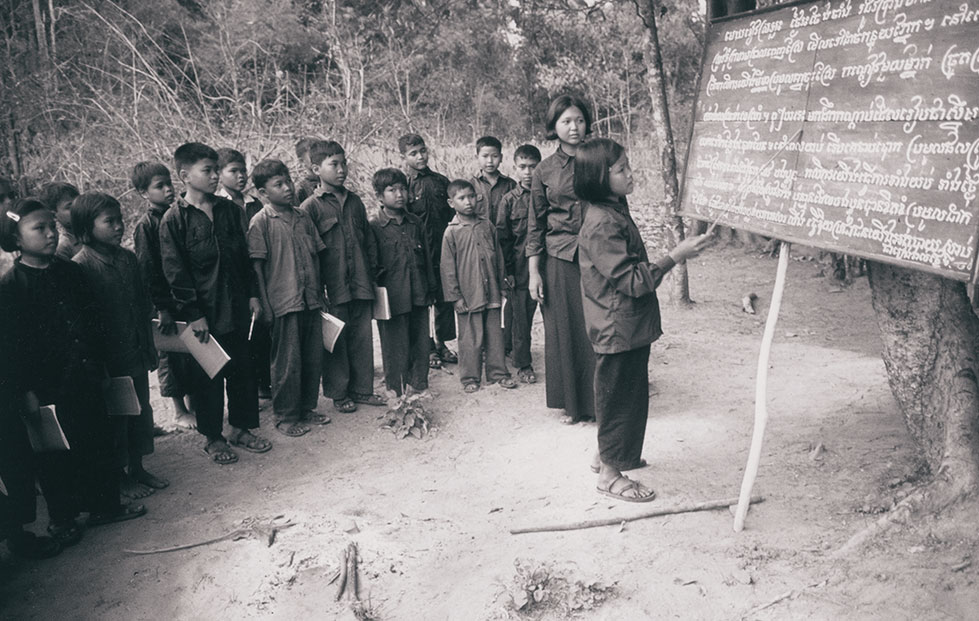 The Khmer Rouge officially abolished the education sector. So all education was done outside of school or in the home. Teachers were farmers with little formal knowledge. Khmer Rouge slogans said: “Studying is not important. What’s important is work and revolution”. Most of the schooling was political education and training. The Khmer Rouge wanted children to work rather than to learn. They always separated children from their families and put them in the infantry to work, sometimes armed for the battlefield. 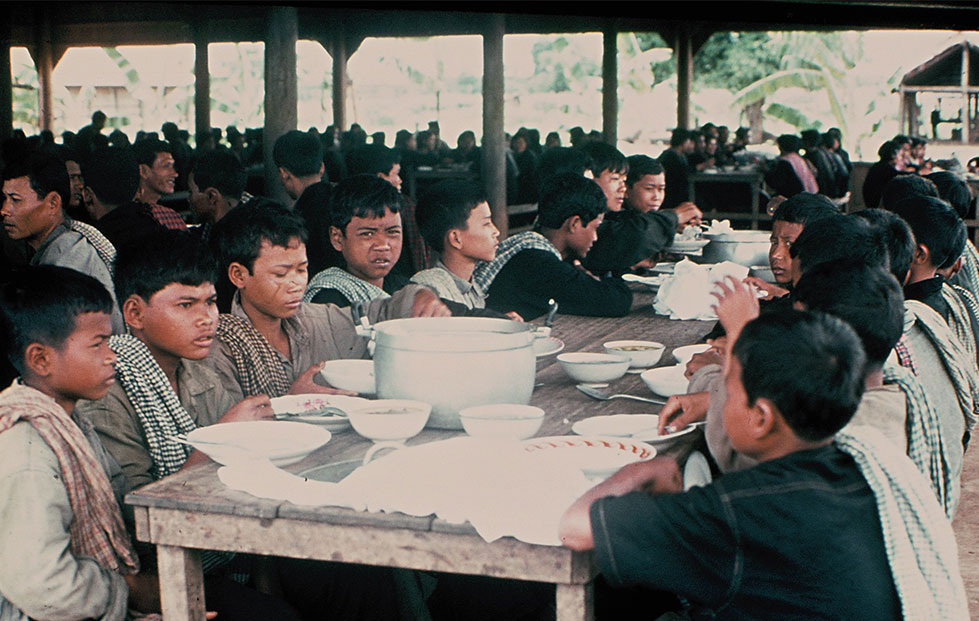 A kitchen in 1978, while the Swedish delegation visited. Guna Beckstrom.
Source: Archives of the Documentation Center of Cambodia

The Khmer Rouge strongly criticised family relationships and demanded that everyone listened to and respected the organization because “Angkar are the real parents of all people”. Khmer Rouge cadres taught children to believe in the extreme movement as they did not have any pre-conceptions, influenced by family and capitalism. Such persuasion was often successful, and children monitored their parents’ activities and reported them to the Khmer Rouge. Children benefitted when their parents were killed. 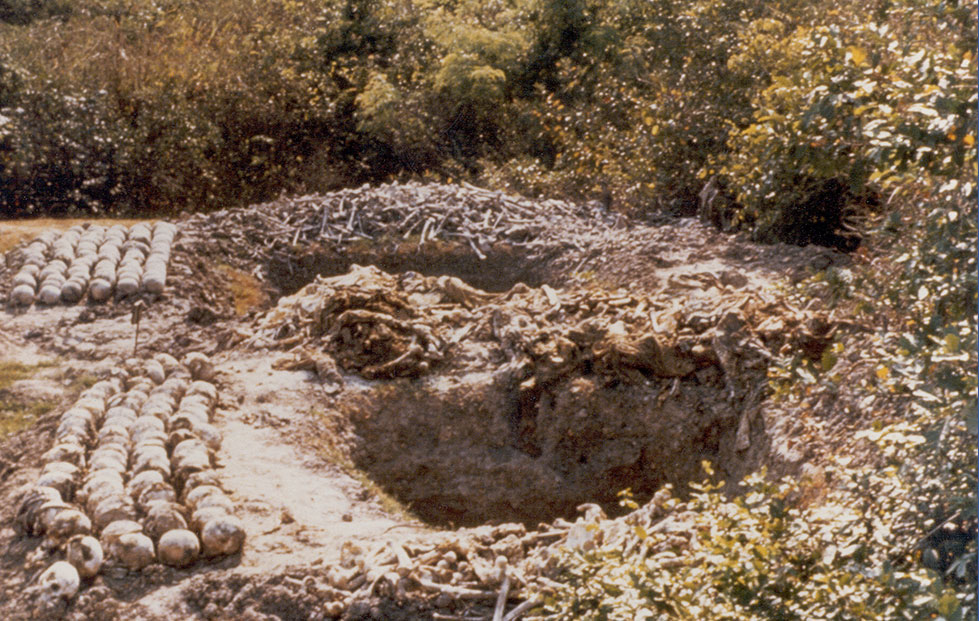 The remains. At least one million seven hundred thousand people died and were killed during the Khmer Rouge period.
Source: Archives of the Documentation Center of Cambodia

Data on the number of victims who died during the Khmer Rouge regime is mixed. Some data show that the number of victims was 2 million or more. other experts have estimated that some 1.7 million people died between 1975 and 1979, about 21 percent of all Cambodians. The victims died of disease and hunger, killings and overworked health services.