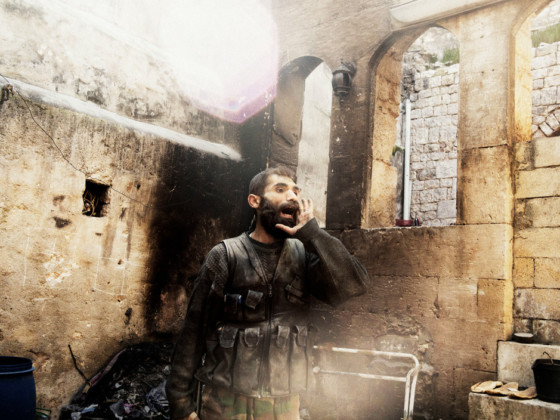 Moises Saman is an American / Spanish photojournalist, and a member of Magnum. I just got a copy of his 2016 book, Discordia. It is perhaps the most beautiful and inspiring book that I have bought this year.

Thank you to Paul Clements for pointing me towards the book.

Saman’s book is an extended photo-easy, about the Arab Spring. It is a heavy book, on lovely art paper, and printed by the specialist Italian firm Grafiche Antiga. I am lucky enough to have a signed copy. It covers the period 2011-2014, and Discordia won the 2016 Anamorphosis Prize. The book mixes colour and black and white images, although the muted colour allows the blend to work well. It also includes photo collages, created by the Dutch-Iranian artist Daria Birang from Saman’s photographs. These are grainy cut-outs. EGYPT. Birqash. April 22, 2011. Camels at a camel market located inside a school in the village of Birqash, on the outskirts of Cairo.

There is a series of short essays by Saman at the end of the book, portraying snippets of his 4 years working across Libya, Egypt, Iraq, Turkey and Syria. Each is an intensely personal story, meticulously detailed. Yet each is quite short. EGYPT. Cairo. November, 2011. A young man holds the head of a slaughtered sheep during Eid celebrations in the Shobra district of Cairo.

There is also an index of the images, with captions, at the end of the book.

Studying these pages is a bit like looking at a series of contact sheets, except, of course, it is a carefully edited sequence. LIBYA. Zawiyah. 2011. A Qaddafi supporter holds a portrait of the Libyan leader during a celebration staged for
a group of visiting foreign journalists after regime forces re-took the city from rebels.

The book wanders around in its story telling – it is not linear. But it is all the more thought provoking because of that. Why does this image follow that, and where’s the thread of the story?

“These photographs were taken while I was working as a photojournalist in multiple countries in the region for publications such as The New York Times, The New Yorker, and TIME magazine. Over these years, the many revolutions overlapped and in my mind became one blur, one story in itself.

In order to tell this story the way I experienced it, I felt the need to transcend a linear journalistic language, and instead create a new narrative that combined the multitude of voices, emotions, and the lasting uncertainty I felt.”(Discordia Website) “The editing process for an assignment is very different than that when I’m editing a longer narrative. A book in particular needs rhythm, and, as such, I felt that Discordia had to incorporate the quieter pictures that offer more context, the photographs that sometimes are overlooked in the editorial process because they capture moments just before or after the main event.

With the collages, the aim was to literally cut out the subject from the context of the photograph and focus on the theatrical body language and expression of the protesters during clashes, rather than opt for the best single image that captured the action.” (Magnum Website) SYRIA. Aleppo. 2013. A makeshift swing made with a plastic chair found inside a mosque that was occupied by Syrian Army soldiers on the
Salahaddin front line in Aleppo.

Saman manages to be both objective and personal with this book. Objective, flowing his journalistic calling to seek out and portray the facts. He was trained as a sociologist, and that sparked his interest in photography.

Yet, it is all very personal, in that the totality of the book, rather than any one image, shows his feelings about what happened.

A sense of sadness and inevitability pervades. TUNISIA. Gafsa. 2013. Bags caught on a tree along a desert road on the outskirts of Gafsa, Western Tunisia.

There is much to ponder here, in how Saman has chosen to tell the story, and how it is physically presented.

A book I will return to.