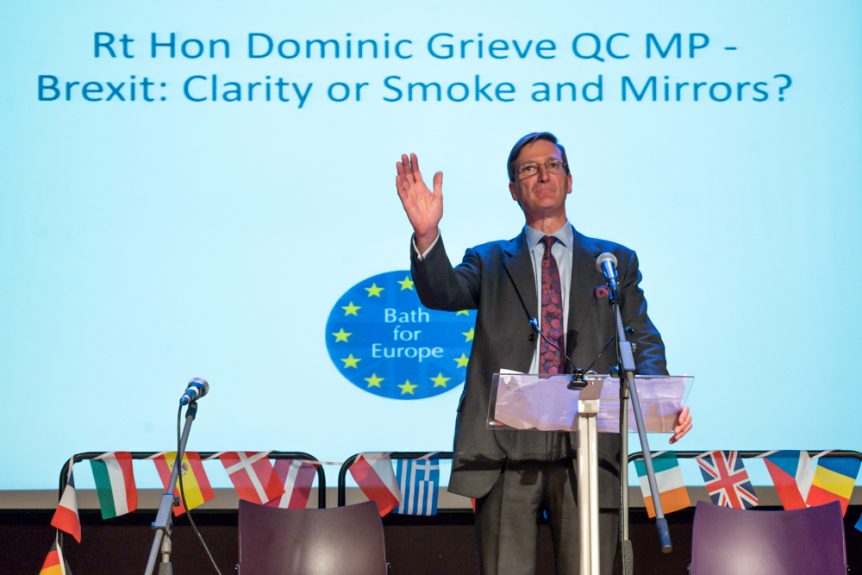 As mentioned elsewhere, I do quite a lot of event photography in the local area. It is essentially reportage work, for use in local news and social media. The latest was at a talk given by the ‘rebel’ MP, Dominic Grieve, an ex Attorney General in the Cameron Government, a QC, Privy Council member – and a  proponent of a ‘People’s Vote’ on the EU Deal. This is not a political blog, but I am conscious of now considering these events a little differently.

Firstly, in recent work I did shooting Gina Miller‘s book signing, I noted that I stuck too much to the ‘rules of engagement’ with the venue, rather than sought out the best angles for pictures. The series, I think, of Dominic shows the event to better advantage. I am conscious that the clients is looking for ‘record shots’, and branding, so images such as the one in the header are pre-requisites. But there was a lot more to ‘play’ with, simply by using my feet. Second, I feel my work needs more intimacy, meaning rapport with the subject and understanding of the context portrayed in the imagery.

So I used the shoot also as an opportunity to create a series of mini-portraits of the audience members.

For cation and follow up purposes, I was  more careful in taking notes as I went along, though I still take too many pictures – which has the downside of longer editing hours, as well as less deliberation in the moment of pressing the shutter on the camera.

The results were generally in a good direction, I think, with character and animation.