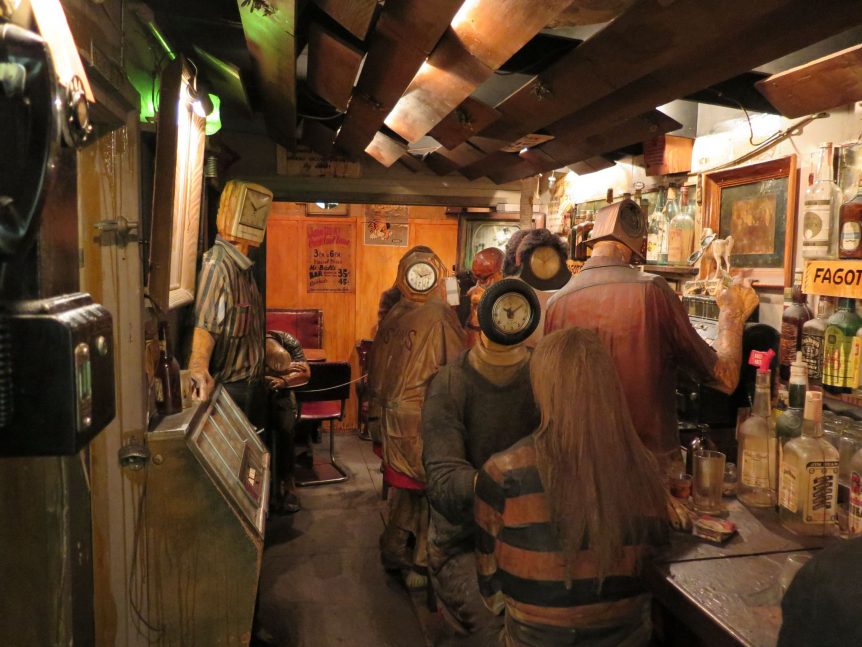 Edward Kienholz (1927-1994) is one of my favourite artists, any media. The Beanery is a life size, walk-in assemblage, and it is often considered his masterwork. It copies the interior of a Los Angeles bar on Santa Monica Boulevard, Barney’s Beanery, and was first exhibited in the parking lot of that bar in October 1965. 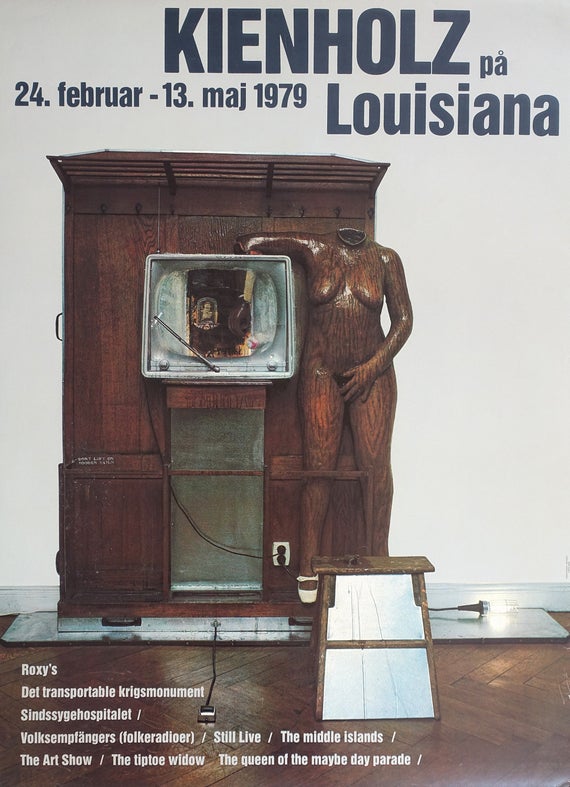 From 1972 onwards, Kienholz collaborated with his fifth wife, Nancy Reddin Kienholz, and all art was then exhibited in their joint names.

I first saw Kienholz at the Louisiana Museum of Modern Art, near Copenhagen, in 1979.

We first saw The Beanery at the Stedelijk Museum Amsterdam, in 1982, as part of their 60-80 retrospective exhibition, and it instantly became one of our favourite artworks. The Catalogue is still in our library.

The assemblage features the smells (to Kienholz’ recipes) and sounds of the bar. In fact, Kienholz recorded the sound of the original, and it has naturally now been digitised.

Except for Barney, the owner, all of the customers have clocks instead of faces, with the time set at 10:10. The work is about time – wasting it, enjoying it, loosing it.

The real Barney’s Beanery is still alive and well. From their website:

‘Barney’s Beanery was becoming a true outlet for counterculture freedom. The Pop Artists associated with the Ferus Gallery on La Cienega from the early to mid-sixties, inclusive of John Altoon, Billy Al Bengston, Robert Irwin, Mel Ramos, Dennis Hopper and Ed Ruscha, could be found at Barney’s Beanery regularly. This saw its most fully realized extension in the 1965 work by Ed Kienholz, The Beanery.

Life [Magazine] wrote “Kienholz began thinking about making his own Beanery around 1958, but he didn’t do anything about it until August 28, 1964. On that day, on the newsstand outside Barney’s door, he caught sight of a headline: ‘Children Kill Children in Vietnam Riots.’

‘It was that headline…  said Kienholz – the harsh contrast between the ‘real time’ symbolized by the newspaper and the ‘surrealist time’ of the escapists inside the bar – that got him going’.

The headline is from the Herald Examiner, and from starting in August 1964, Kienholz took six months to complete the assemblage. And note ‘faggots go home‘, behind the bar, most surely another sign of the times.

‘Voyeurism is a theme that runs throughout the Kienholzes’ work. The audience is put into the position of  peering in on scenes that you would otherwise not have access to, whether its Back Seat Dodge or the State Hospital. … While you’re a voyeur you’re also implicated in the piece’.

It used to be that the audience could enter the piece, one at a  time, although I am not sure how that works, today. Knowing his audience, and finding ways to engage and challenge them was central to all of Kienholz’ work – whether getting physically inside the piece, or being challenged by its content.

The Beanery was restored and exhibited again from 2012, after a 10 year process. The restoration was made complex because, amongst other things, Kienholz’ resins were not properly mixed. He coated everything in resins to suggest transience and decay.

We need to visit it again!

So, why am I writing about this work?

In this week’s video, Steph commented on Rirkrit Tiravanija’s 1992 work, Free. In this installation, the audience were invited inside the work, and served curry. This encouraged them to interact with other audience members, and discuss anything on their mind – art, included. 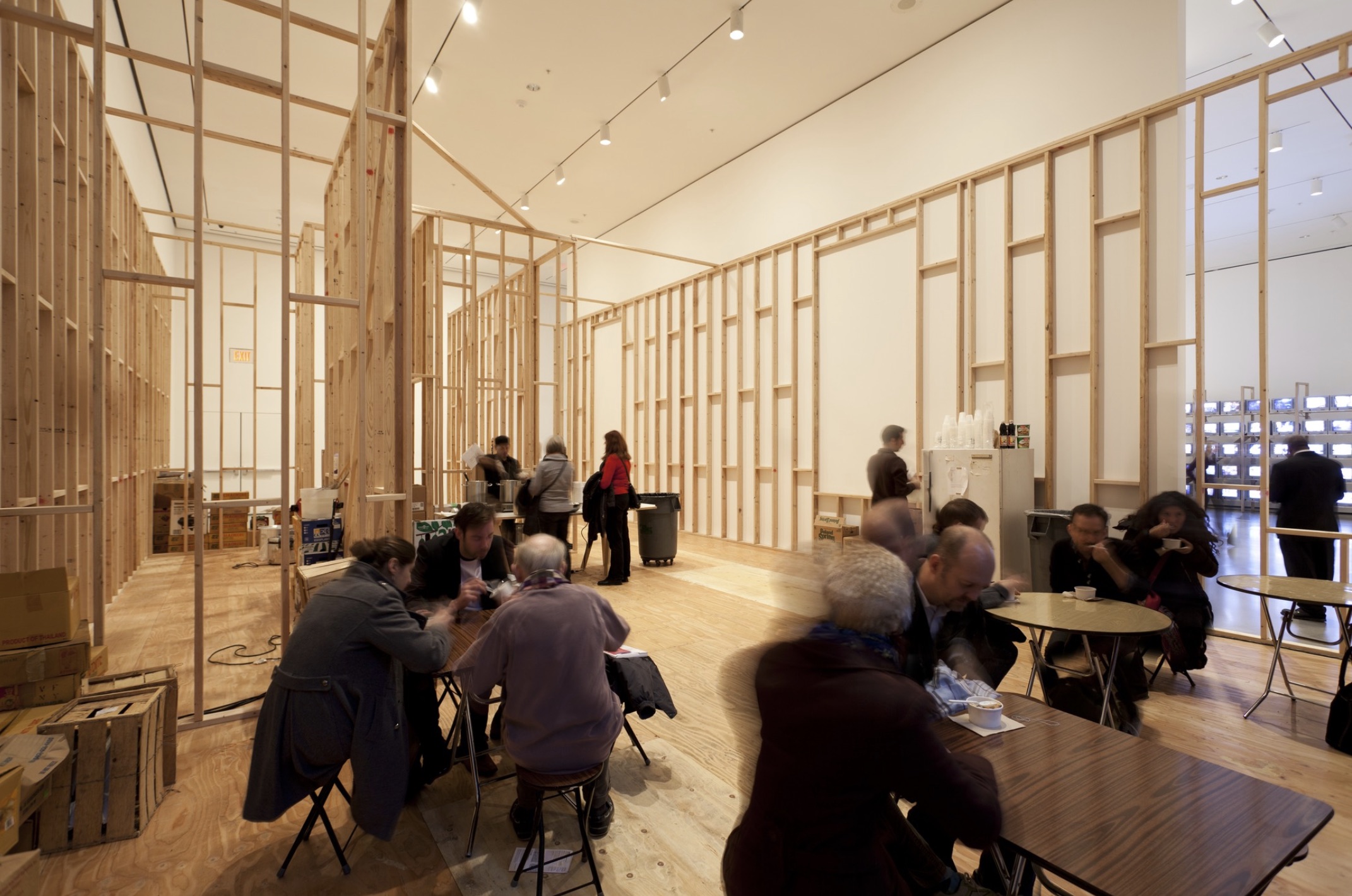 The piece also can be experienced by non-visitors via video, just as any work of art can, raising interesting questions about the power of photography to disseminate art, and possibly reduce its value and its aura (Benjamin).

In Surfaces and Strategies, I toyed with the idea of using installation to help my audience better understand (feel?) the Genocide. 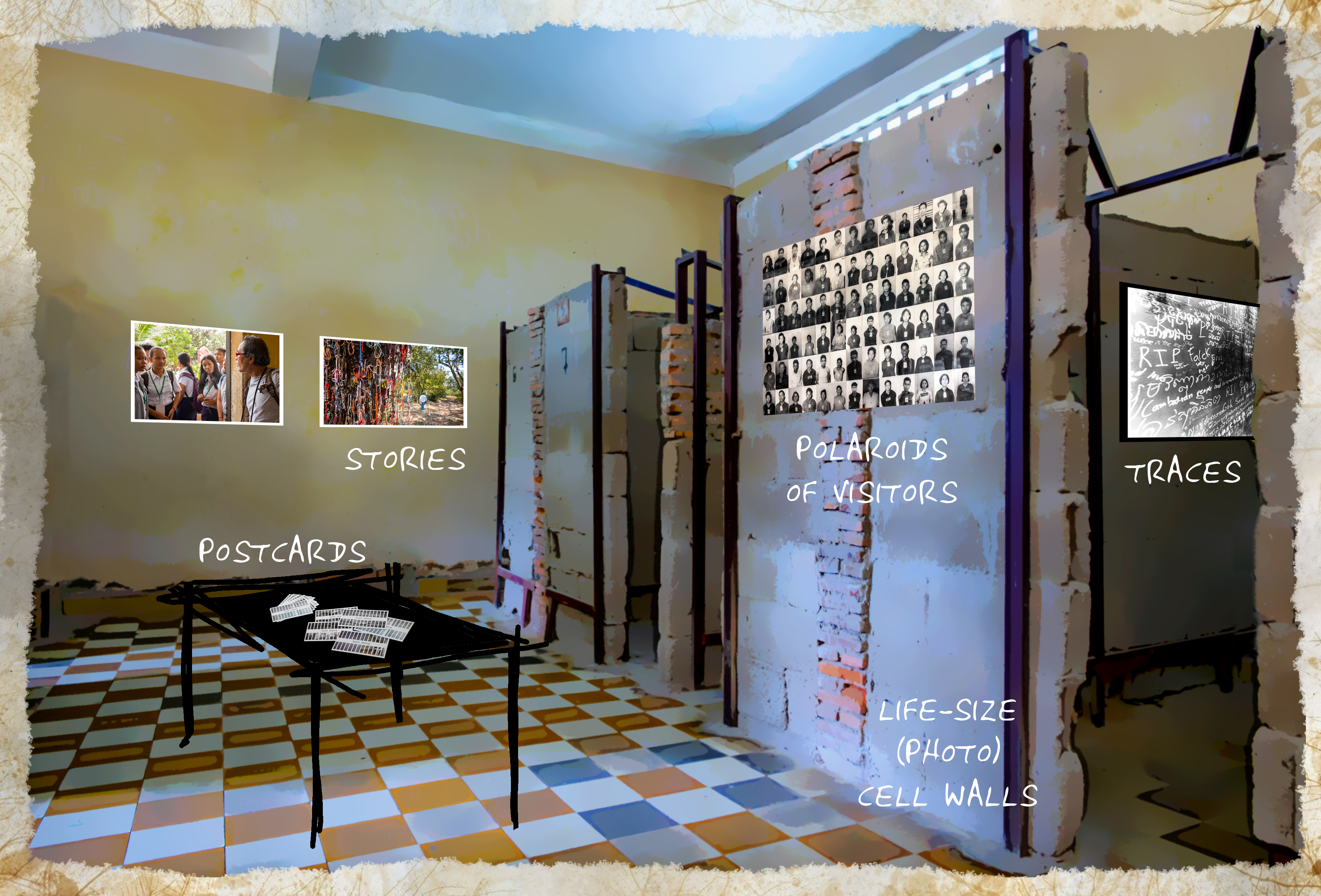 Whilst I think my work has become more subtle, and possibly therefore more suggestive of emotion, rather than hitting emotion head-on, I can still see power in the idea. The photography would be central, working with the personal stories. I have moved on, now, to combine the images and words, rather than having them as separate – but some of the original ideas (replicating the cells, mugshots and so forth), if executed with finesse might still be valuable.

Finding ways for the audience to interact with my work, in the way that Kienholz started doing, and Tiravanija took to an extreme, seems worthy of much further thought.

About the Beanery. Undated. Available at https://barneysbeanery.com/about/ (accessed 26/03/2019).