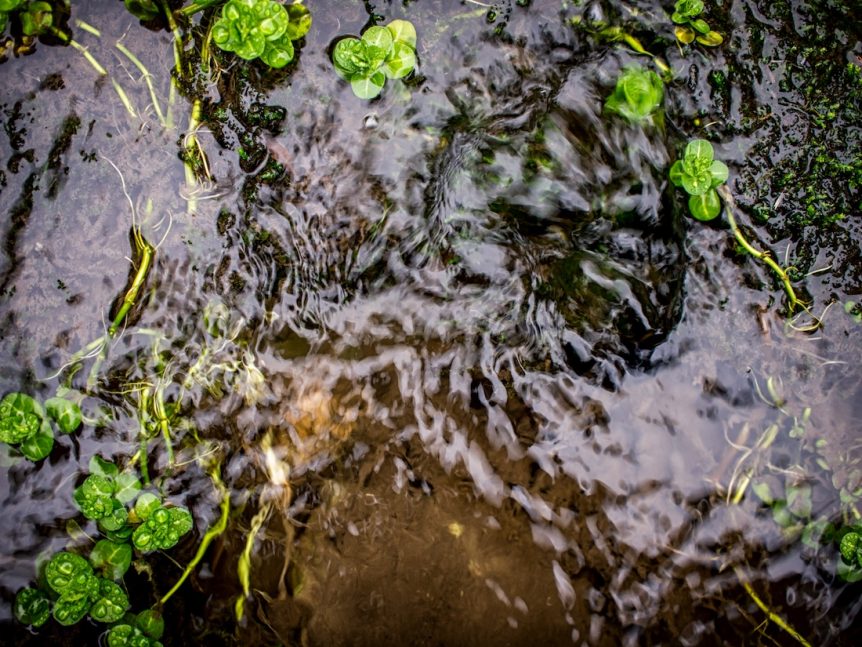 I posted a short item on Facebook, as follows: 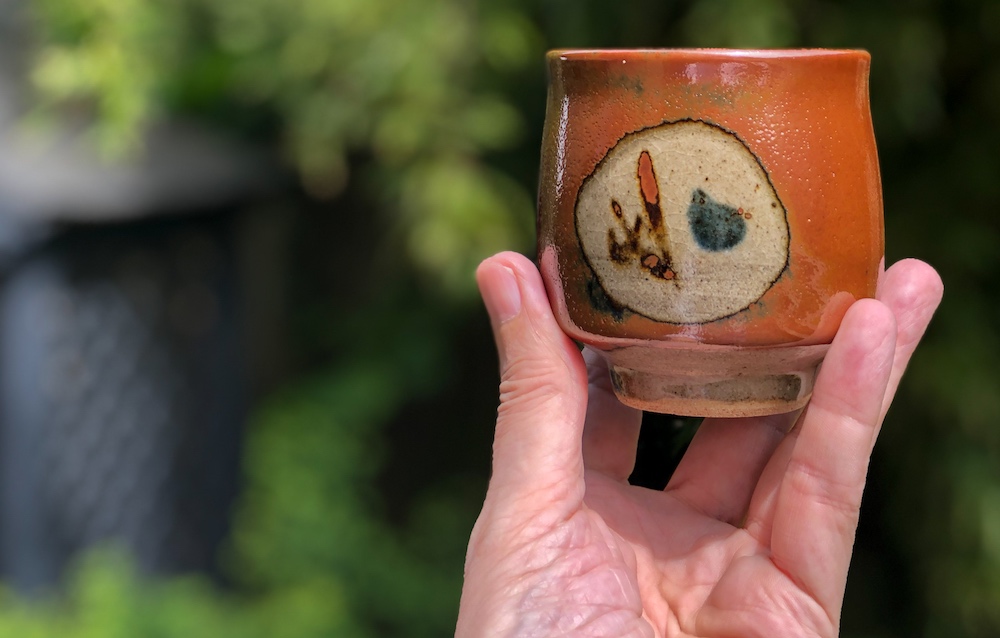 Okakura Kakuso, in his 1906 The Book of Tea, builds the case that a better understanding of each other’s philosophies would prevent much conflict in the world. He wrote that:

‘Teaism is a cult founded on the adoration of the beautiful amongst the sordid facts of everyday existence. It inculcates purity and harmony, the mystery of mutual charity, the romanticism of the social order’.

In other words, the aesthetic dimension has ethical implications. Harmony with nature is a concept which does not contradict ‘Western logic’ but adds to it.

This was included in my post on What is ‘Good’?

It prompted an interesting exchange of ideas with David Norfolk, reposted here with his permission.

Nice idea. But isn’t ‘truth is beauty, beauty is truth’ the basis of much Western ethics already?

Which raises some issues – the Devil in Milton is ‘beautiful’ but not ethical; a deformed human may be ‘ugly’ but entirely ethical in beliefs and behaviour. So we move into ‘inner beauty’.

Humans often conflate the beautiful with the ethical, it seems to me. Christ loses his middle-eastern characteristics and becomes a beautiful blue-eyed blond aryan; the SS are dressed by Hugo Boss; we take the Kardashians seriously as life coaches (obviously, I’m being a bit cynical about the definition of ‘beautiful’ here); beautiful children are punished less often.

Conversely, Iago, Shylock, Sauron etc. personify evil. Perhaps they were driven to evil by being punished more than more attractive children, by being expected to be evil? And why is Shylock depicted as ugly – usually by exaggerating perfectly acceptable racial characteristics?

So, is the pursuit of the beautiful really so nice? Beauty is very subjective anyway. I have no problem with worshipping Beauty, whatever that means in one’s personal context. But conflating Beauty with “good” or “ethical” strikes me as being very dangerous.

Interesting, David, and worthy of a good debate over a beer (or three). It all depends on how you use the word ‘beauty’. I specifically used the interpretation as ‘aesthetic’.

The word ‘aesthetics’ only appeared in the English language in the 18th century – predates David Hume I think. And when Kant was writing about beauty, it was clearly in the aesthetic not ethical sense.

Mathematicians of course talk of ‘beautiful equations’ although I suspect that in a sense of simplicity, relief and appreciation of completeness.

I do not disagree at all that appearances of beauty and non-beauty can be used to personify good and evil. But much as I am not a fan of e.g. the Kardashians, they have a right to dress as they please, as do others to mimic them. I don’t take that as an ethical concern, other than in Baudrillard’s sense of the power of simulacra.

But that is not at all the sense I am using here, in considering harmony with nature. There is of course a long tradition with Daoism, Confucianism et al in this regard, and, at least since the Enlightenment, much less of that tradition in the West.

Oxford dictionary definition for aesthetics: Concerned with beauty or the appreciation of beauty.

Late 18th century (in the sense ‘relating to perception by the senses’) from the Greek aisthētikos, from aisthēta ‘perceptible things’, from aisthesthai ‘perceive’. The sense ‘concerned with beauty’ was coined in German in the mid 18th century and adopted into English in the early 19th century, but its use was controversial until much later in the century.

But, although aesthetics also covers notions of the sublime etc., your Teaism quote specifically mentions ‘beautiful’. I agree that ‘the aesthetic dimension has ethical implications’ but that usually (perhaps not for you) sort of implies ‘if aesthetic then good’ which I see as misleading. I think a coal power station, belching pollution (which, incidentally, may help to suppress hurricanes), could well be described as both ‘sublime’ (exciting thoughts and emotions beyond ordinary experience) and ethically bad (pace the hurricanes).

I think this paper is probably relevant to your point:

‘C encompasses eight expressions with the capital C, namely Chinese culture, Confucianism, Continuity of being, Creating life, Compassion, Cheng Hao, Community, and Cultural evils. The chapter defines ecoaesthetics as the theory of ecological aesthetic appreciation based on ecosophy C, and then goes on to analyze some classic Chinese poems as samples of ecocriticism based on ecoaesthetics. By this exploration, the author hopes to attract more attention to the aesthetic dimension of ecological literature and arts, and to promote the aesthetic research for ecocriticism, which is proposed to be called ‘aesthetic ecocriticism’ compared with other forms of ecocriticism such as ‘cultural ecocriticism’ and ‘material ecocriticism.’

David, really interesting – and will check that paper. Baumgarten coined the word Aesthetics from the Greek.

I can see why that beauty quote on teaism is causing questions, though I am trying to read it more broadly.

As I read the aesthetics as a philosophical issue, beauty is but one aspect. Oxford is being sloppy in its definition. Aesthetics can encompass art and non art, epistemology, metaphysics, psychology, phenomenology and so on.

David Hume said that Beauty is a matter of taste (without his actually knowing the word aesthetics).

Immanuel Kant said that we project beauty onto external objects. Kant argued that natural beauty was ‘superior to that of art and that it complemented the best habits of mind’ (Stanford Encyclopedia of Philosophy). He also separated the beautiful (a matter of understanding) and the sublime (a matter of reason).

Burke noted that the sublime can cause pain and fear. Belching power stations could do that, I think.

Today, ofc, we question whether it is right to say something is ‘beautiful/good’ if the artist’s intentions were bad – the intentional fallacy. Leni Riefenstahl comes to mind. But before the 20th C this seemed less of a concern.

The main point I am making is that for the majority of Western philosophical history the idea of an aesthetic (ethical?) harmony with nature plays second fiddle (at best) to the discussion of works of human art. That is not so in the Eastern traditions, where it has always been embraced.

I’d suggest that Feng Shui e.g. is more than mystical practice – it is a systematic method of arranging environments (domestic and landscape) in an effort to actually create such harmonies with nature.

I’m thinking that ‘harmony with nature’ (which links with what I understand by Daoism) provides an objective basis for aesthetics generally – and sometimes nature is destructive. So, I think that allowing the sea to overwhelm sea defenses and recreate salt marshes is a more aesthetic – beautiful – solution to the issues of global warming.

And, I am minded that there is such a thing as ‘a terrible beauty’ …

BURKE, Edmund.1757. A Philosophical Inquiry into the Origin of Our Ideas of the Sublime and the Beautiful. Oxford: Oxford Paperbacks. Also available at: https://ebooks.adelaide.edu.au/b/burke/edmund/sublime/index.html (accessed 24/05/2019).