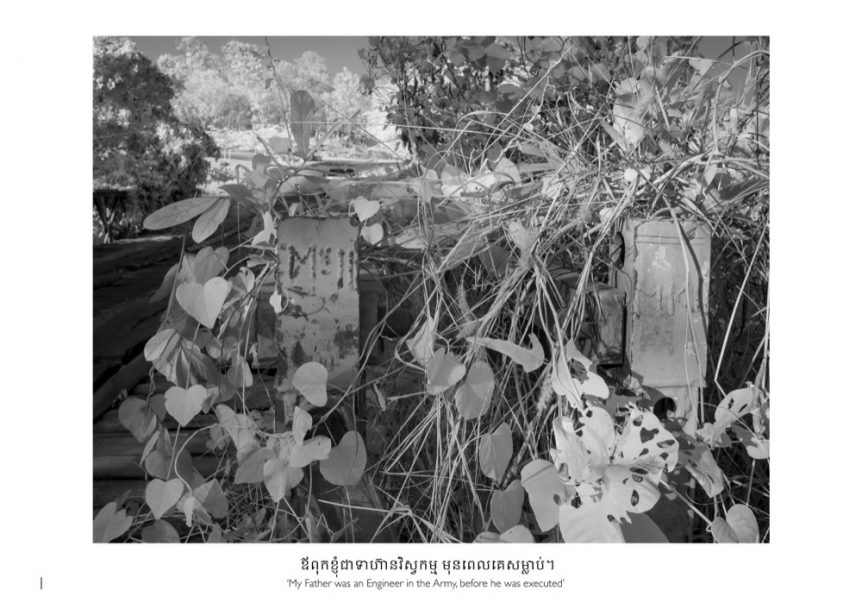 As previously noted, thanks to input from both Gem and Richard Young (a fellow member of the PhotoBath collective), I think I had a bit of a breakthrough on the exhibition images. That is, to use Khmer text for the quotes, with a small English translation underneath.

I believe that this makes the image intrinsically more interesting (maybe Barthes ‘punctum’ for some viewers?). It also clearly anchors the place to Cambodia, and in so doing creates to some extent an ‘ethically safe space’ for the work.

I shared the idea with Sarath & Simeth in Cambodia, Paul, Krishna and the Cromarty group, and some of the PhotoBath collective – and got a favourable response from all. Danny went so far as to comment that:

I think it looks good and hold full respect for the people and subject matter. It stands out because an imperial or colonial way of acting would not put the local language first in the case of work shown at home. It’s very respectful, and I like it a lot.

Paul suggested a book by Hannah Darabi which explored the use of photographs, text and slogans during the Iranian revolution. It’s on order!

I have spent quite some time creating a set of 30 images with Khmer text, using Photoshop. Layouts have been spaced to create a good overall aesthetic. Most but not all of these images are being used in the book.

A Gallery with the images is here.

Firstly, all photographs have been resized to A1 to allow best possible print reproduction.

Secondly, the Khmer text has been double-checked by Sarath and Simeth.

Thirdly, as these are very large files, I have a series of 5 Photoshop files at the 2GB maximum with layers for 6 of the images. All layers have been renumbered to create an easy-to-handle sequence.

Fourthly, each image has a number on it. Whilst this will be removed for production, my intention is to get feedback on a ‘top 10’ from various parties – including tutors and Cromarty. At this point the BRLSI show should have 10-12 A1 images. 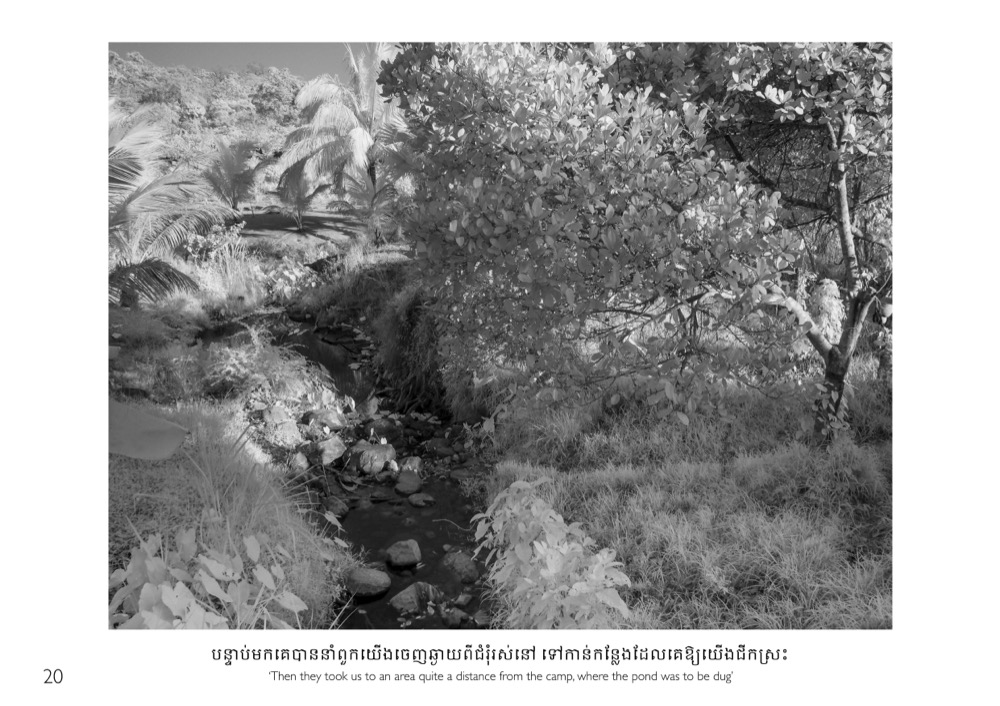 So far, feedback has been very positive. I will report later on choices.

A Gallery with the images is here.