Florence Henri (1893 – 1982) was born in New York, although she left the USA when she was two years old following her mother’s death. She lived with relatives in Silesia (part of Germany at that time). Her childhood seemed to have been spent on the move – she attended convent school in Paris, and frequently visited family homes in England (London and the Isle of Wight). Clearly she was in a well-connected and quite wealthy family. She trained as a pianist and studied music with Ferruccio Busoni in Rome. It was there that she became acquainted with Italian Futurists.

During World War I she lived in Berlin, working briefly as a pianist for silent films. But she soon left her musical career to pursue painting. In 1924, having been denied entry into France, and declared ‘stateless’, Florence became a Swiss citizen through a marriage to a Swiss domestic servant. With that passport, she was able to go to Paris (in 1925) and began studying painting with André Lhote and Fernand Léger, adopting a cubist style. 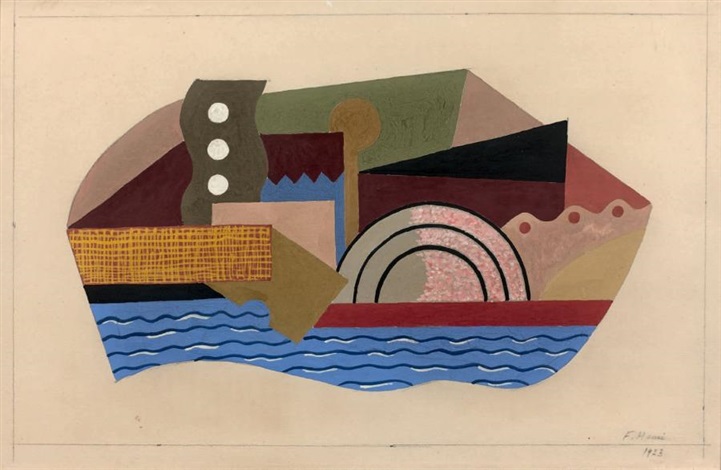 In 1927, Florence enrolled as a non-matriculating student at the Bauhaus in Dessau. She took classes with Paul Klee and Vassily Kandinsky, and studied photography with László Moholy-Nagy. Florence also became good friends with Lucia Moholy. Her photography was adventurous and used mirrors, prisms, and other reflective objects to frame her subjects, blurring the lines between what is real in the photograph and what is a reflection. 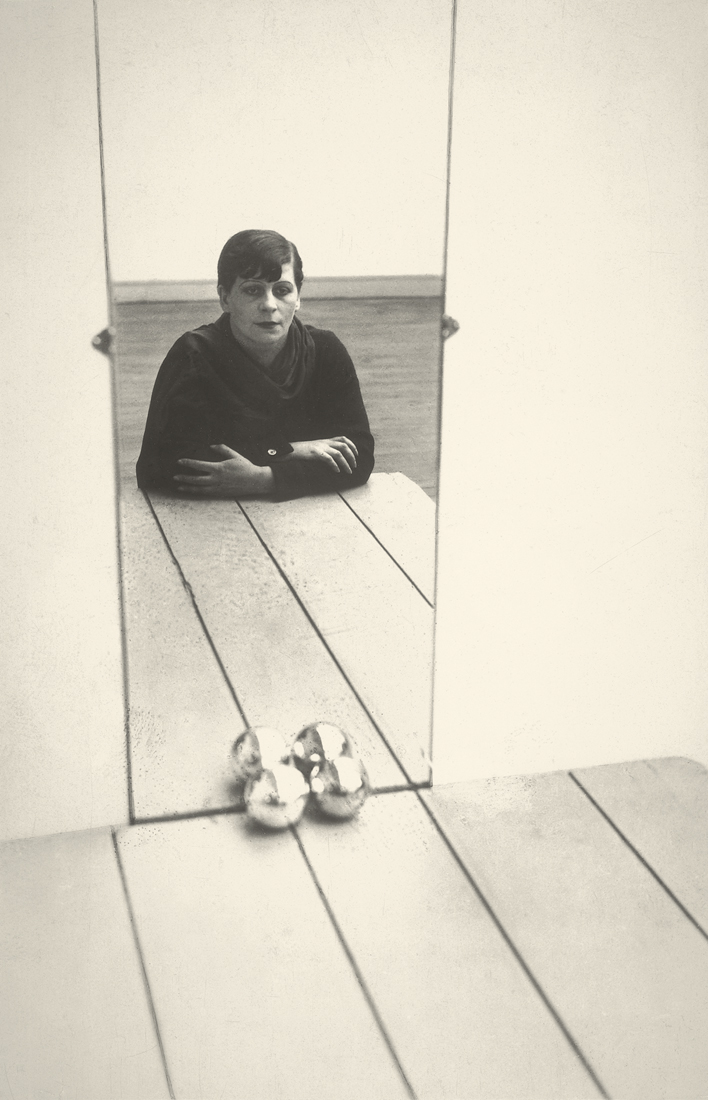 Some of her most creative work came from that period, when she began to also play with photomontage, multiple exposures, negatives and photogram printing. Florence’s photographs were in many breakthrough exhibitions, such as Fotografie der Gegenwart (1929), Film Ind Foto (Fifo – 1929) and Das Lichtbild (1931), all of which showed new photographic concepts and broke with tradition. Fifo was the height of the Neues Sehen (New Vision) movement which included László Moholy-Nagy, and Das Lichtbild celebrated Neue Sachlichkeit (New Objectivity), whose leading exponent was Albert Renger-Patzsch. 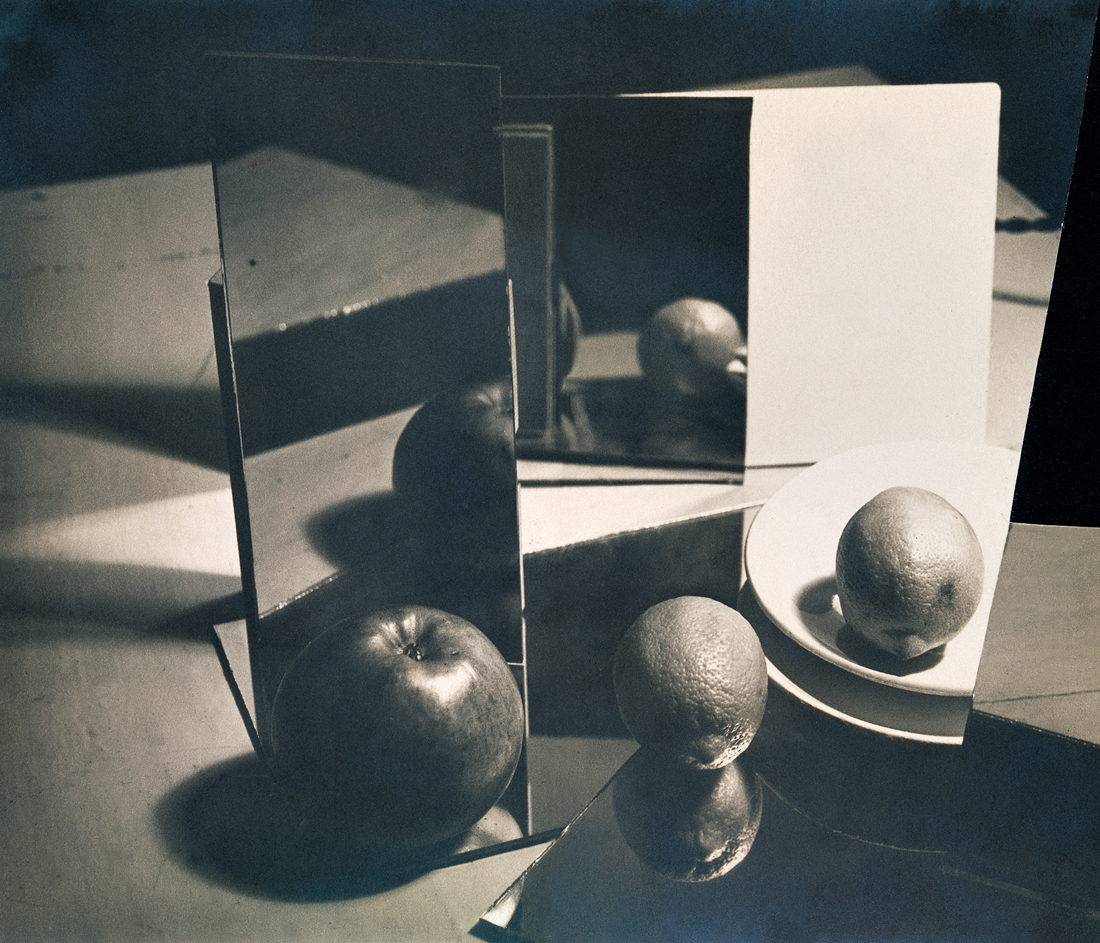 László Moholy-Nagy commented on her work:

‘With Florence Henri’s photos, photographic practice enters a new phase, the scope of which would have been unimaginable before today. Above and beyond the precise and exact documentary composition of these highly defined photos, research into the effects of light is tackled not only through abstract photograms, but also in photos of real-life subjects. The entire problem of manual painting is taken onboard by the photographic process and is manifestly given a whole new depth thanks to this new optical instrument. Reflections and spatial relationships, superposition and intersections are just some of the areas explored from a totally new perspective and viewpoint’. (i10, 1928). 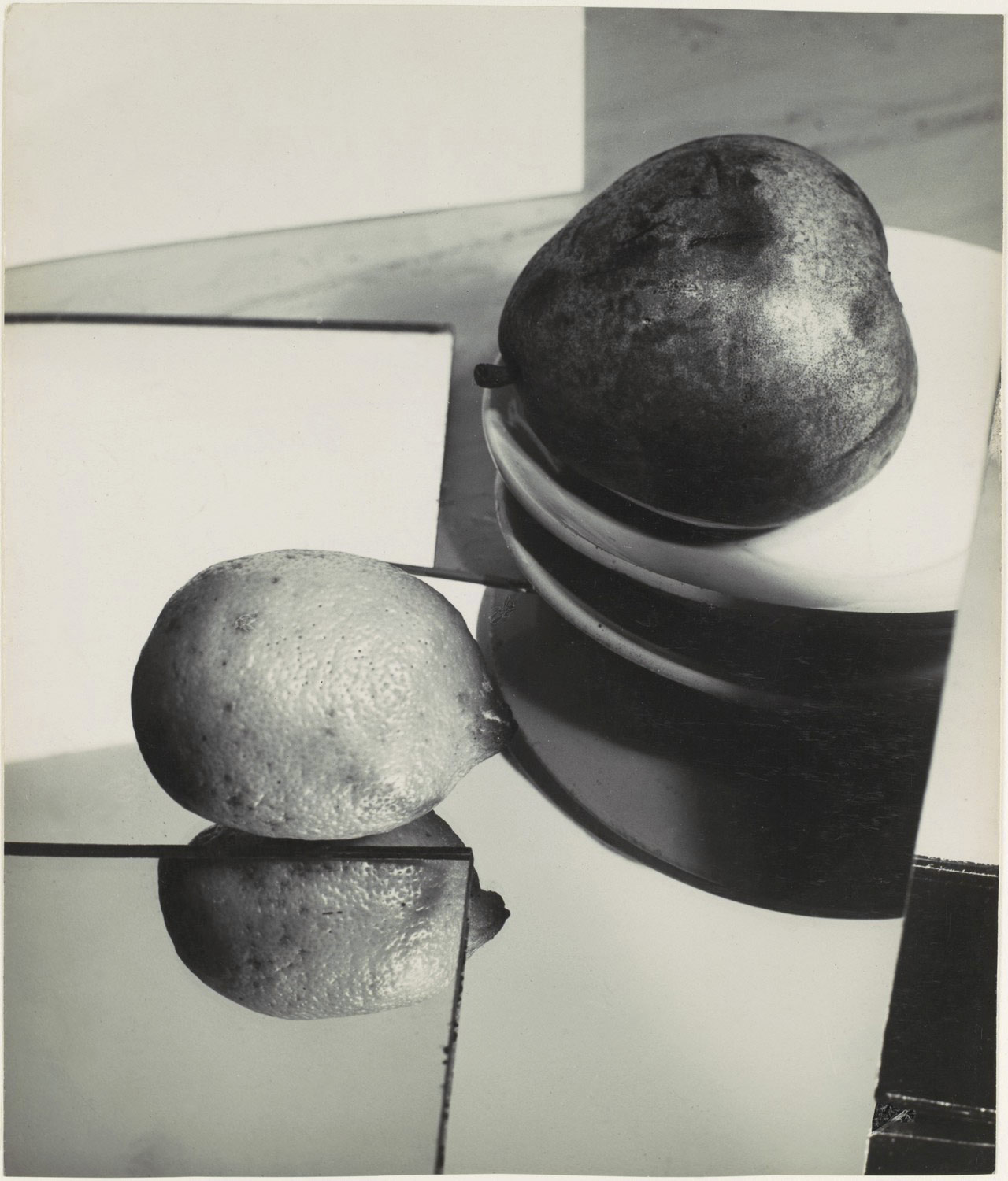 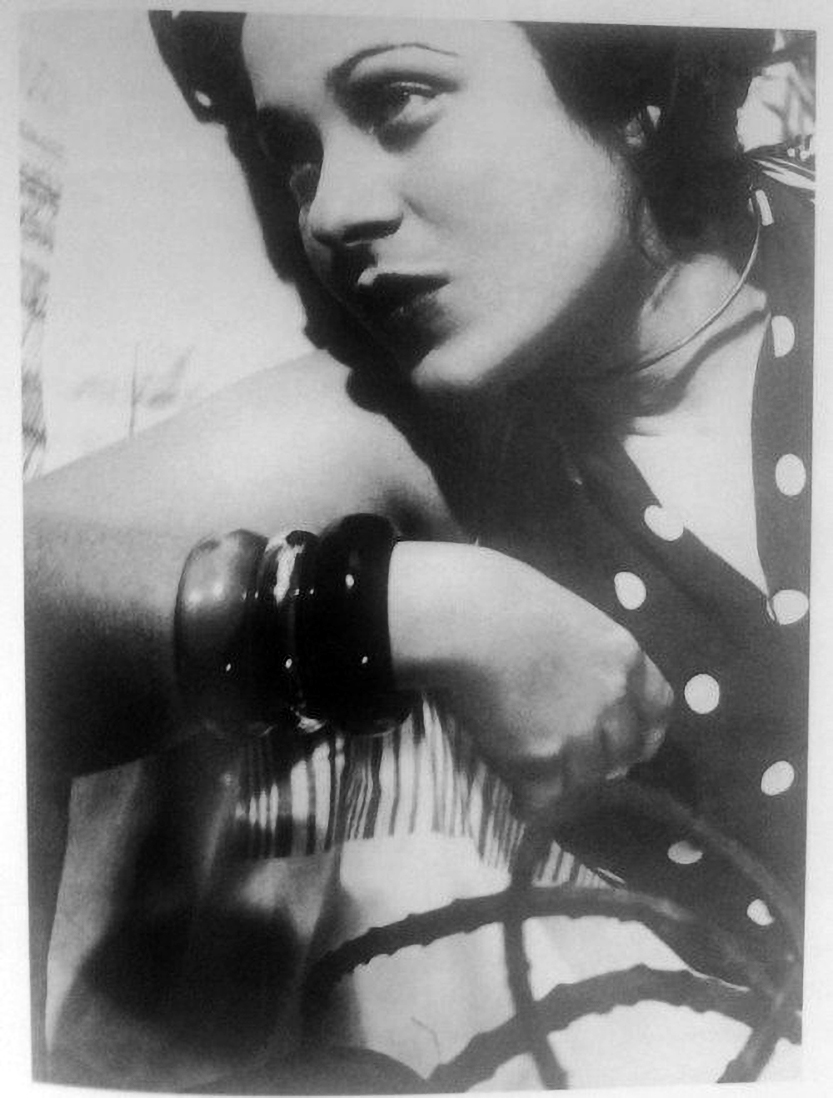 Florence blended Bauhaus with Surrealism, and her fame spread broadly. To quote the International Center of Photography:

‘The spatial and psychological ambiguity produced by Henri’s complex and disorienting compositions accounts not only for their status as virtuosic examples of the formal and technical experimentation of New Vision photography at the Bauhaus, but also for the currency of her work within discussions of Surrealism’. 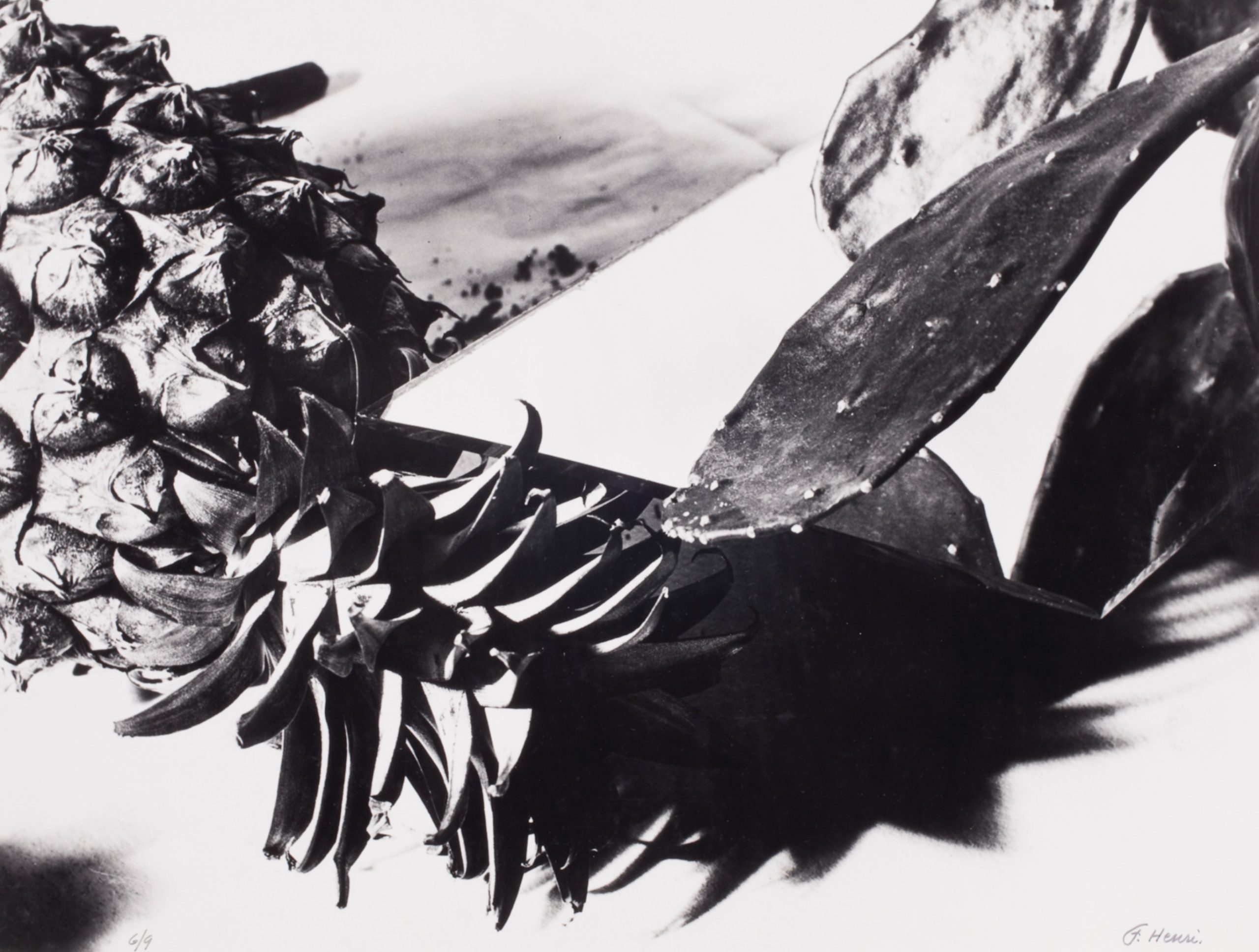 Florence thus took up a central place in the world of the avant-garde in the late 1920s and 1930s. She became a member of the Cercle et Carré in 1929. This group staged an exhibition in 1930 in Paris, which included Hans Arp, Wassily Kandinsky, Le Corbusier, Fernand Léger, Piet Mondrian, Kurt Schwitters, and Fernand Léger. 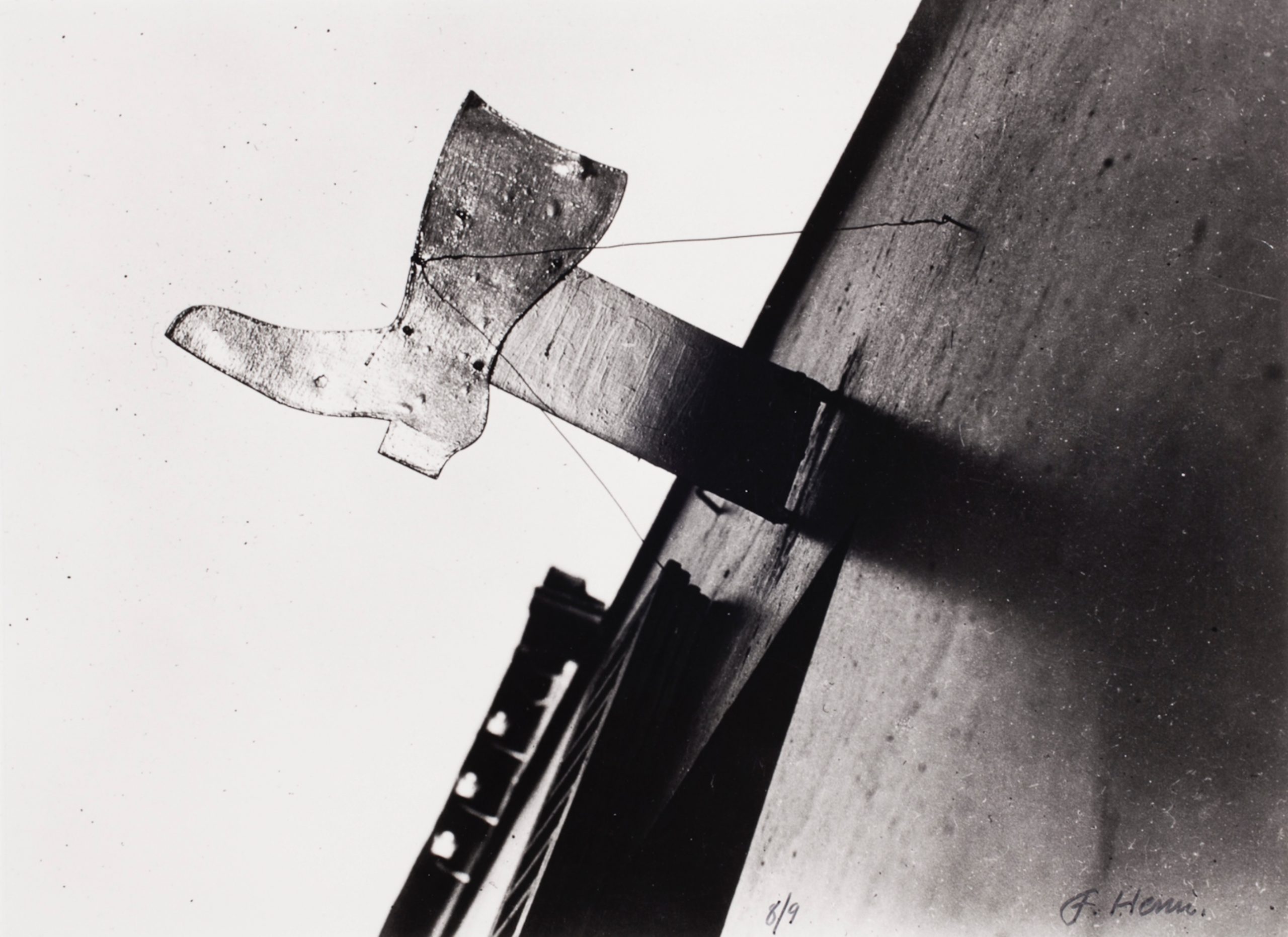 The work that Florence made between 1928 and the late 1930s does feature in some recent histories of photography, although interestingly in Clara Bouveresse’s recent Women Photographers she is viewed as a pioneer rather than a revolutionary. Personally, I’d change that grouping. It seems to me that Florence was consistently breaking new ground, not least as she crossed fluidly between ‘fine art’, personal exploration and commercial work.

Like many women artists she was largely ‘forgotten’ until a resurgence of interest by feminist scholars in the 1970s onwards. There was a small solo exhibition of her work in 1974, the first for four decades. 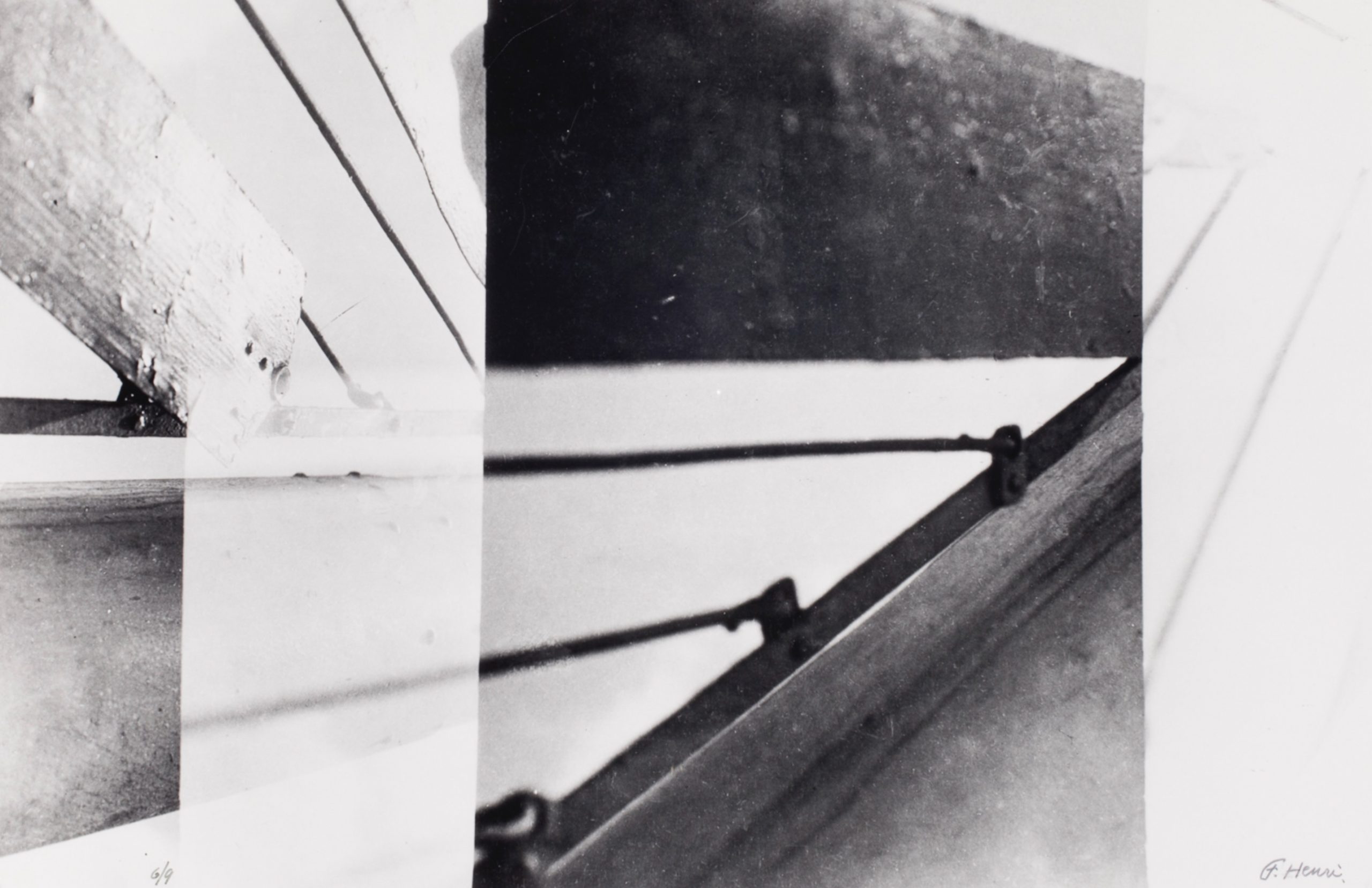 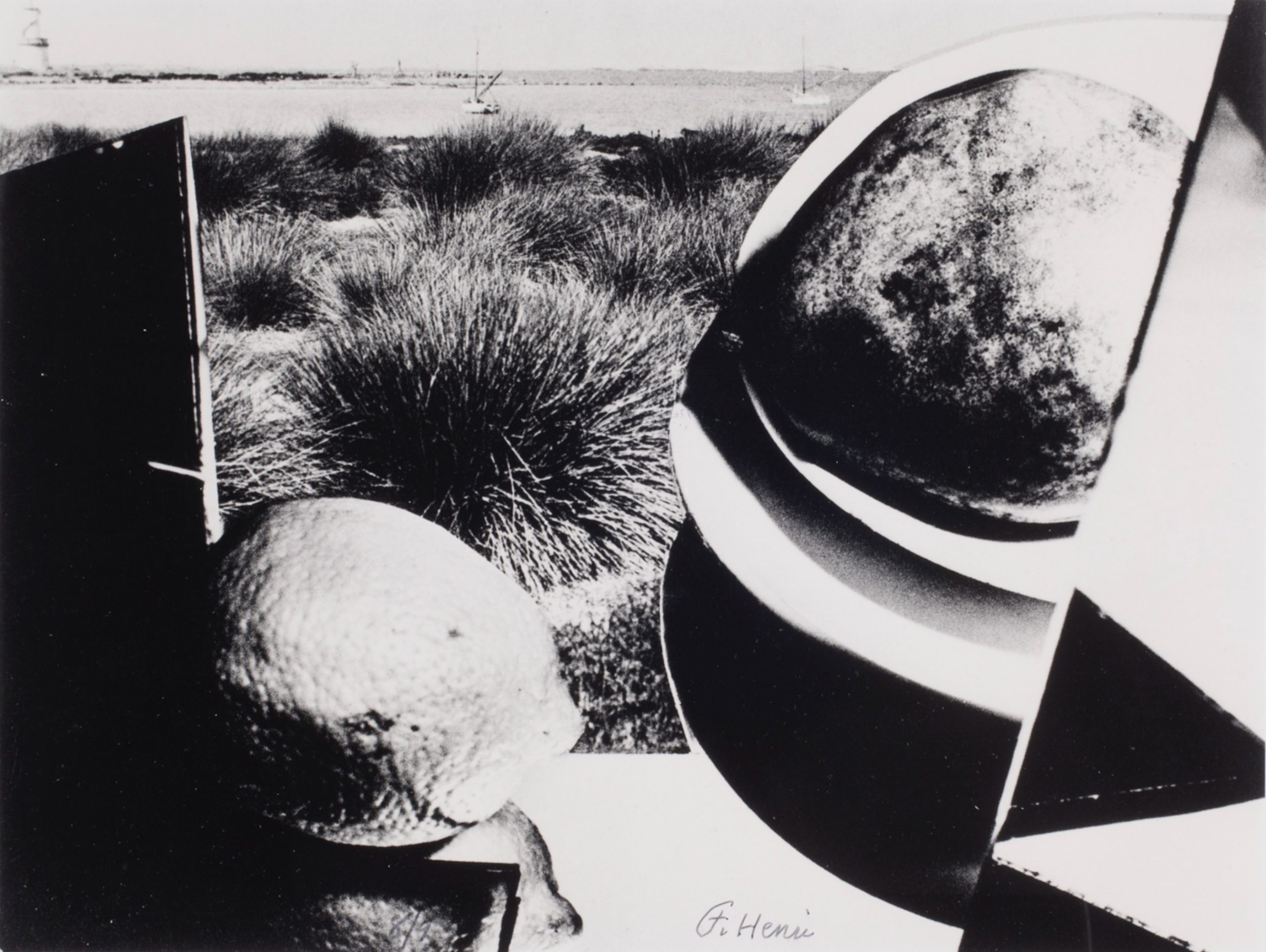 Florence opened a studio in Paris in 1928, and it soon rivalled that of Man Ray. By 1930 she was teaching classes which included future stars such as Gisèle Freund and Lisette Model. Gisèle Freund recalls being advised by Florence to learn better retouching skills as her worked lacked artistry!

Her work was included in Arts et Métiers and Lilliput, and she had assignments for Vogue, Art et Decoration and The New York Herald. Florence was commissioned for fashion, advertising and portrait photography, and her commercial work featured many of her avant-garde ideas, often using unusual perspectives and cropping. 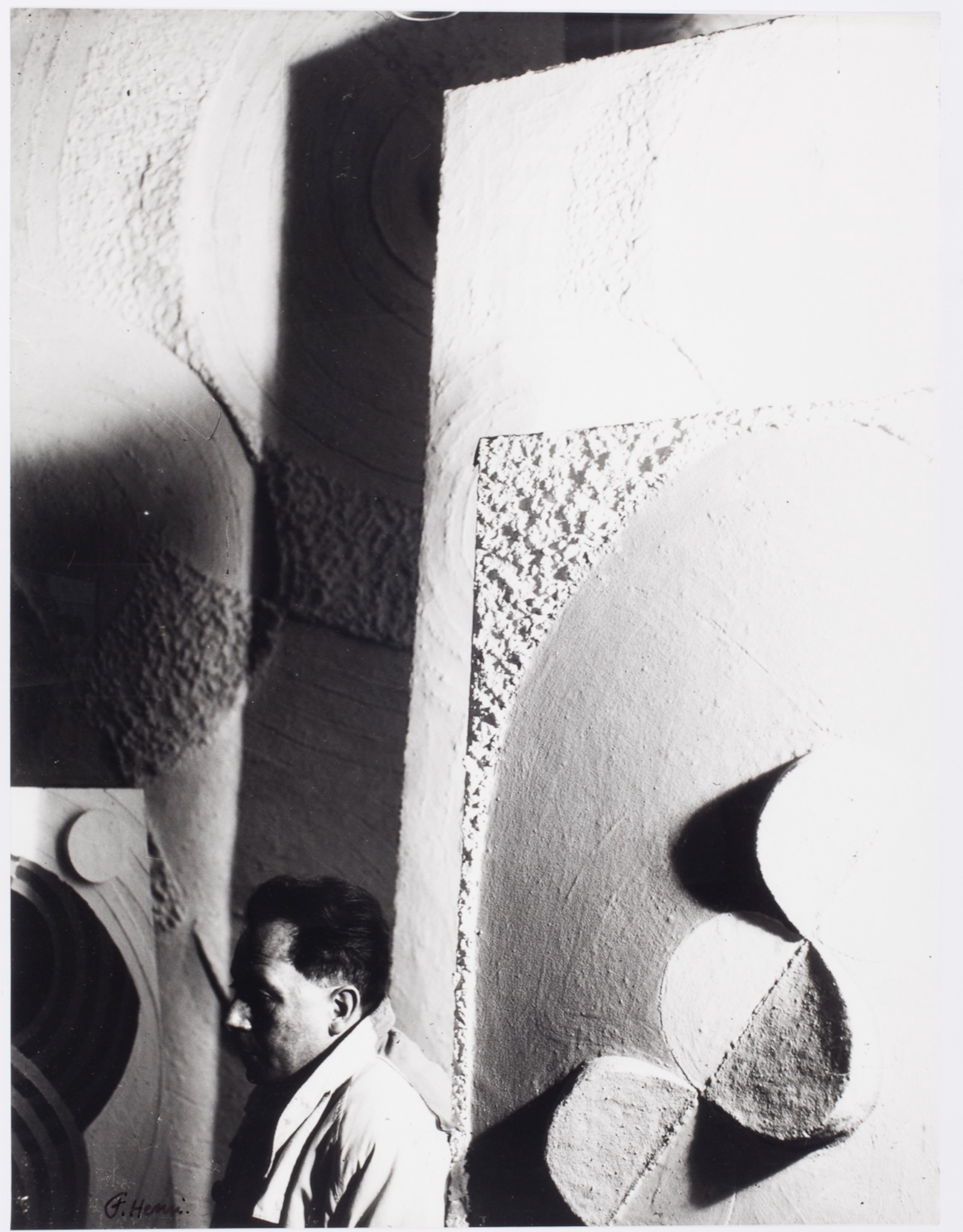 As a portraitist, Florence became acquainted with many famous artists and photographers of that time, including Robert Delaunay, Germaine Krull, André Kertész and Maurice Tabard. The photograph above of Delaunay is one of my favourites. 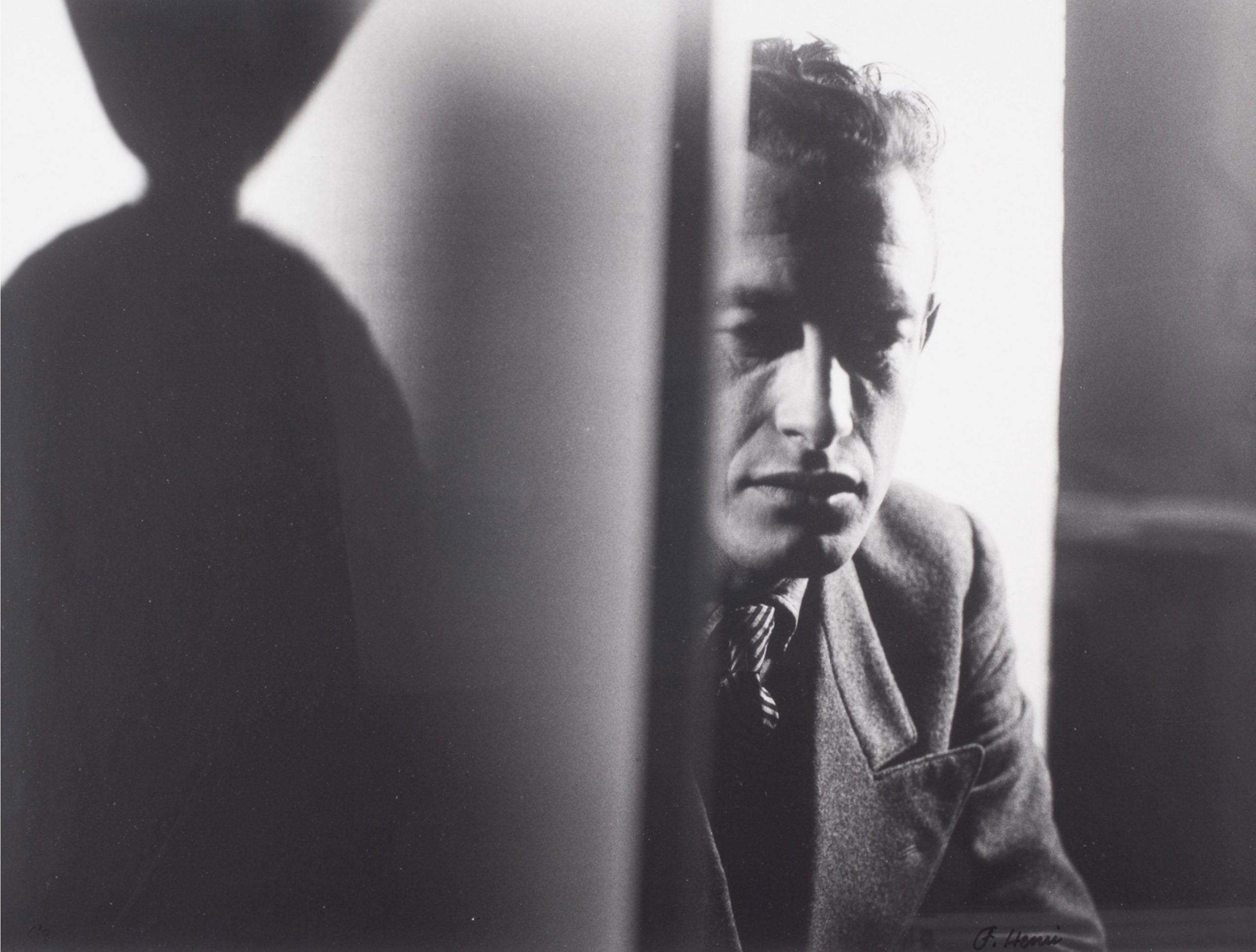 Even with this commercial success, Florence retained an acute interest in researching structure and composition, with images of architecture, photomontage and the exploration of space. 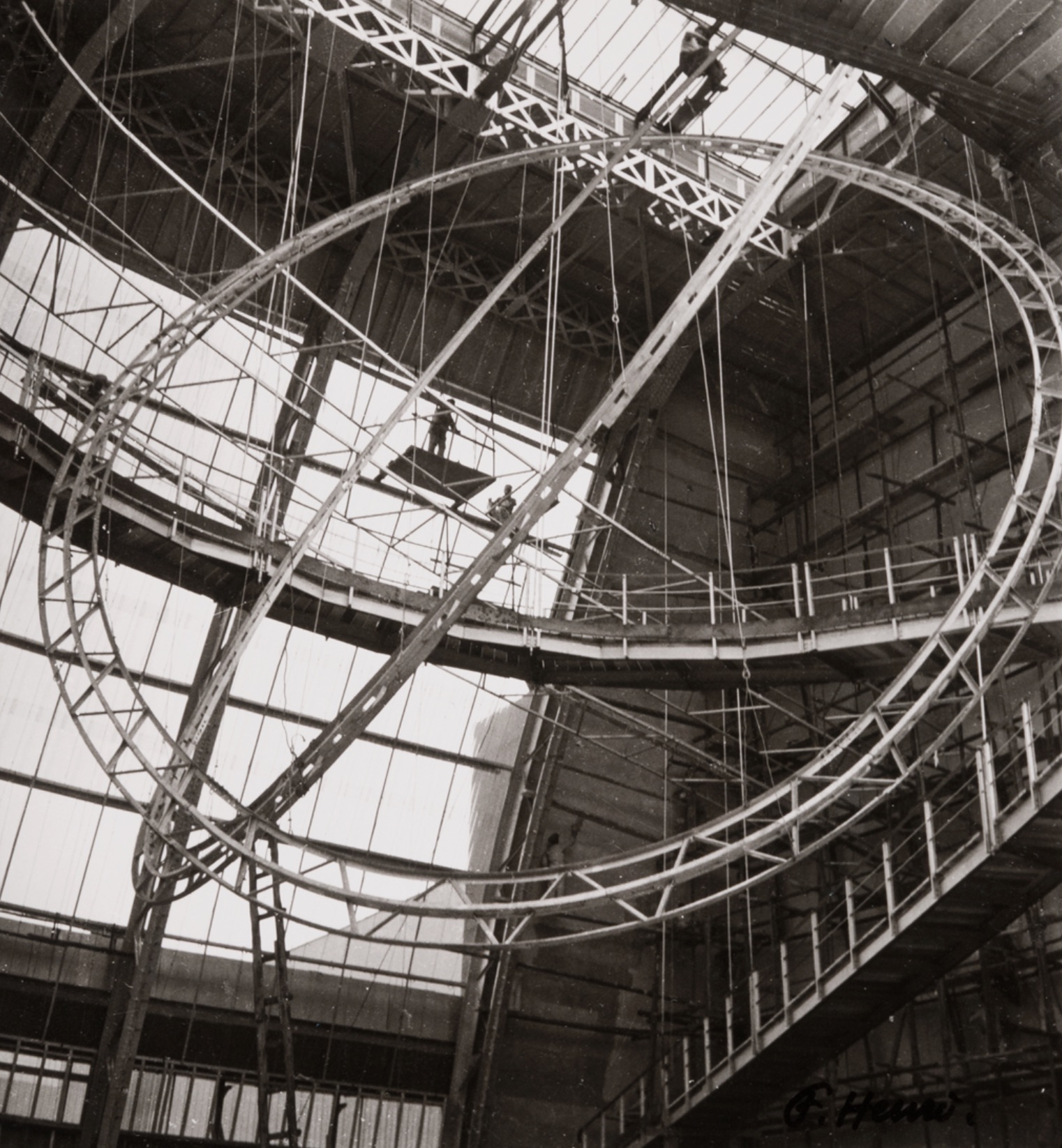 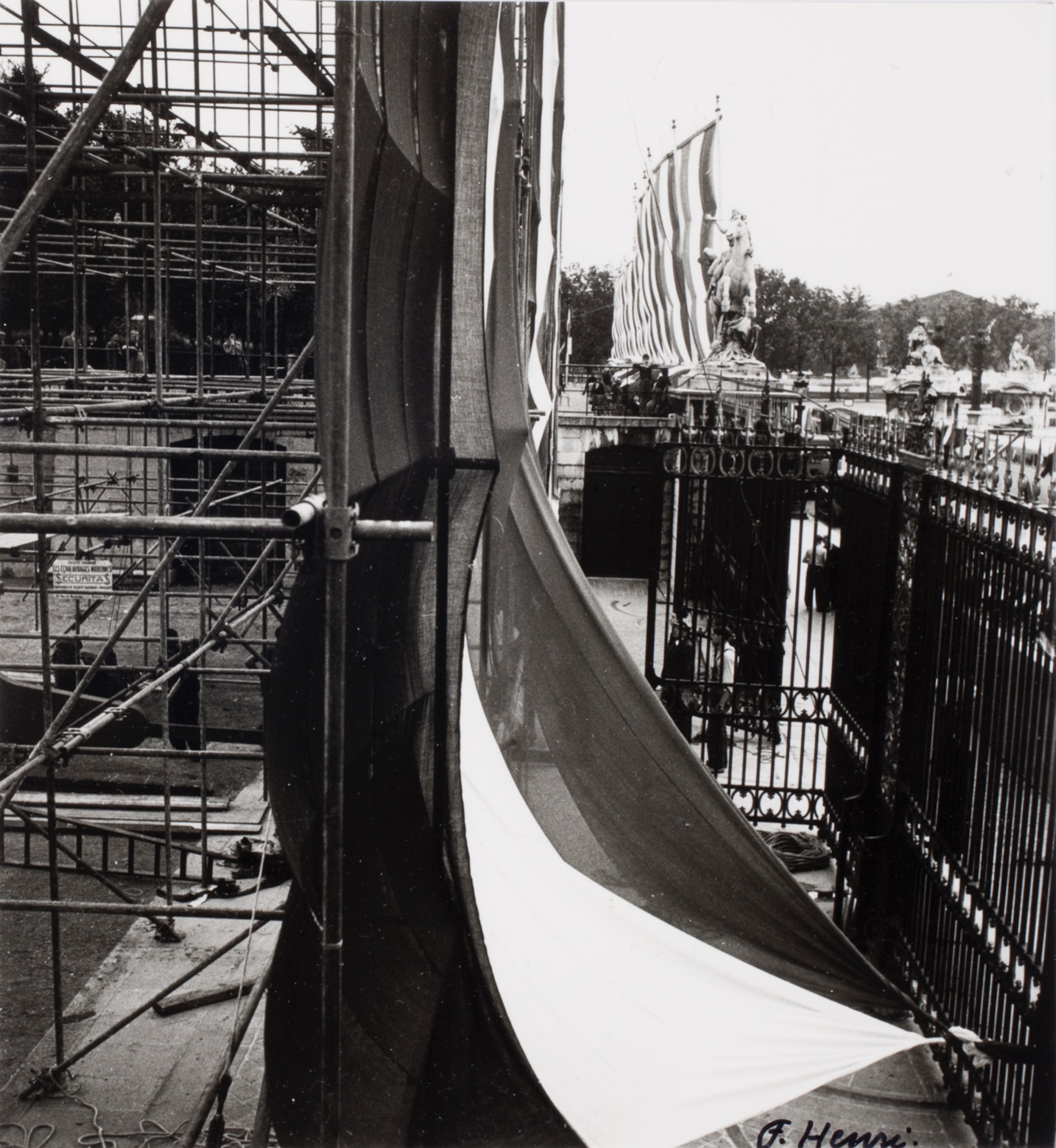 As the second World War approached, Florence’s photographic output reduced. Her art would not have been looked kindly upon, and there was a shortage of  photographic materials. She gradually turned back to abstract painting, and essentially gave up photography all together in 1963 when she moved to Picardie. Florence died in Compiègne on July 24, 1982.

I admit that I had heard very little about Florence’s work until I started this mini-research project – shame on me – but I now find both her restless artistic exploration and her fine output inspirational. Her photography crosses styles and genres, yet is inimitably her own. There is a strength and directness in her work which, when combined with her clever use of reflection and surrealist composition makes it utterly captivating. Each image is worth study in its own right.