Ingrid and I just finished watching the third episode of Peter Jackson’s ‘Get Back’. During the first episode at times we just wanted Paul to chill the f*** out and let the others do their thing. Still, we forgive him as all he wanted was for the Beatles to succeed and to keep going – but how? It was compelling documentary footage, superbly restored and edited. It also features some great stills photography by Ethan A Russell and Linda McCartney. 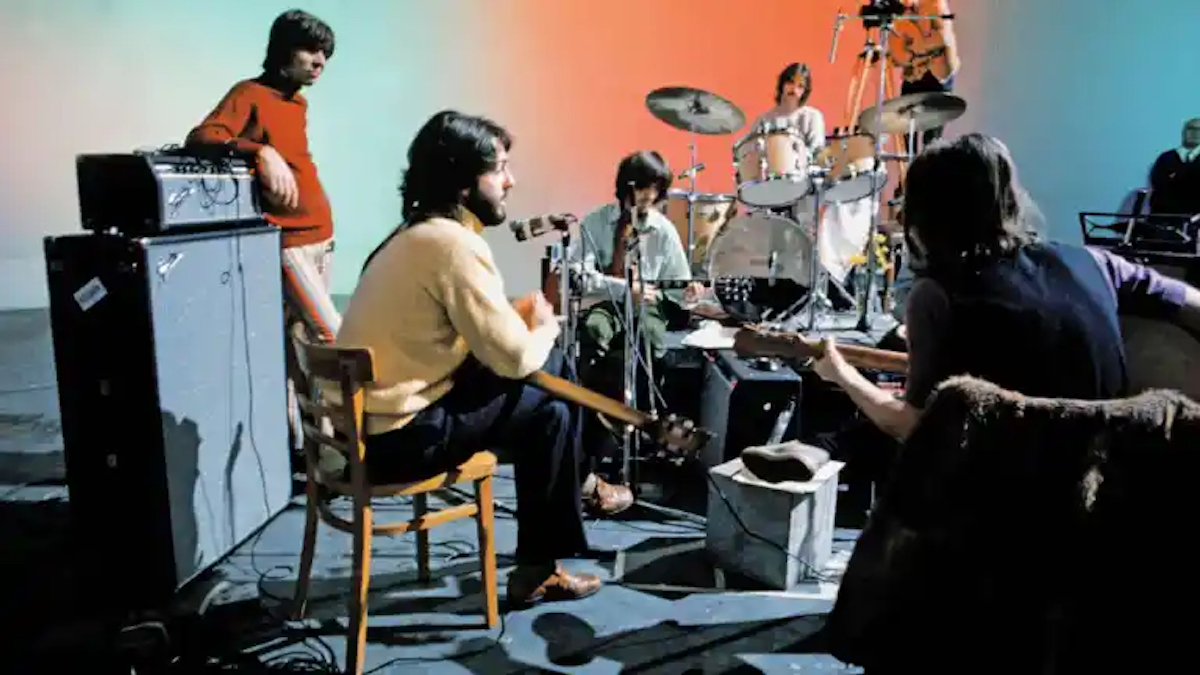 Well, fortunately we stuck with it. In the second episode, the story became clearer. There wasn’t some evil bad person that split things up. It was just that so much had been achieved in such an insanely short period of time, and yet every member of the band still had much to do in their own, very different ways. George wasn’t given enough voice at the time, but he was still writing ‘All Things Must Pass’ …

Oh, and the brilliant Billy Preston came into focus as being so essential to the sound of the ‘Let it Be’ album. 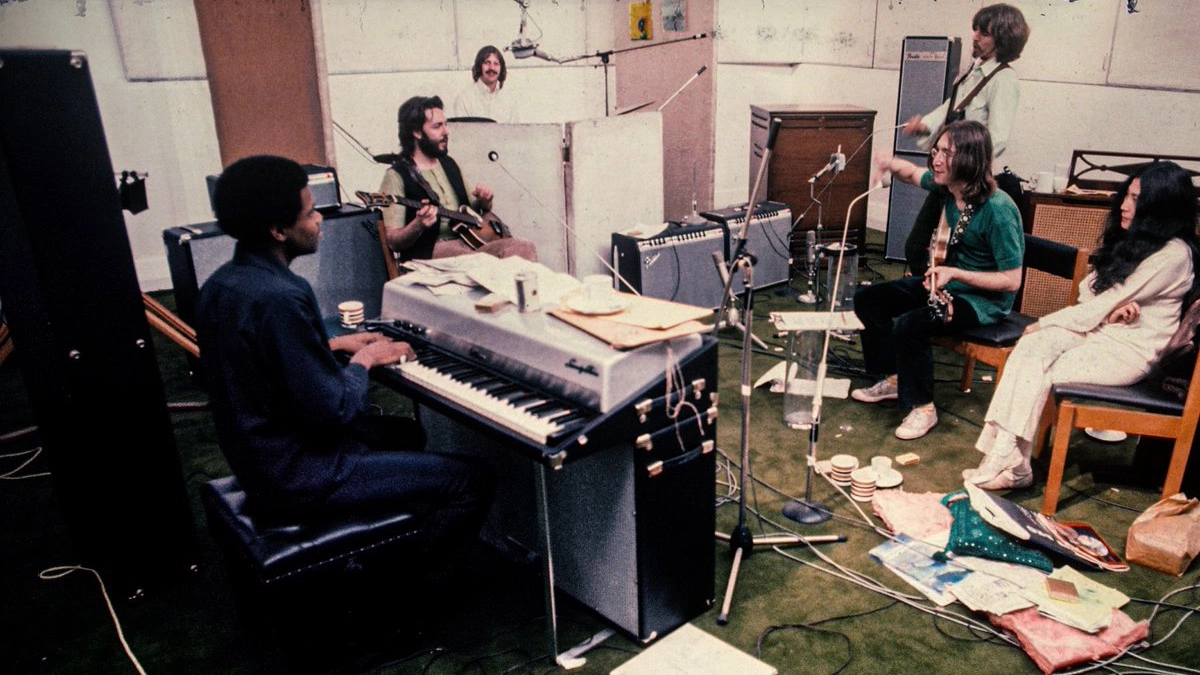 In the third and final episode, we simply enjoyed seeing a band having fun, doing what they did best, creating and playing great music. Just watching the process with it’s back and forth was captivating. Paul on drums, Ringo on piano, John on lead guitar on ‘Get Back’. George explaining chord progressions. We’d defy anyone not to laugh at John’s sense of humour, or to sing along with music that we all know.

The concert on the roof was magic – and we have to pity those coppers who made themselves look like history’s fools by complaining about the noise! 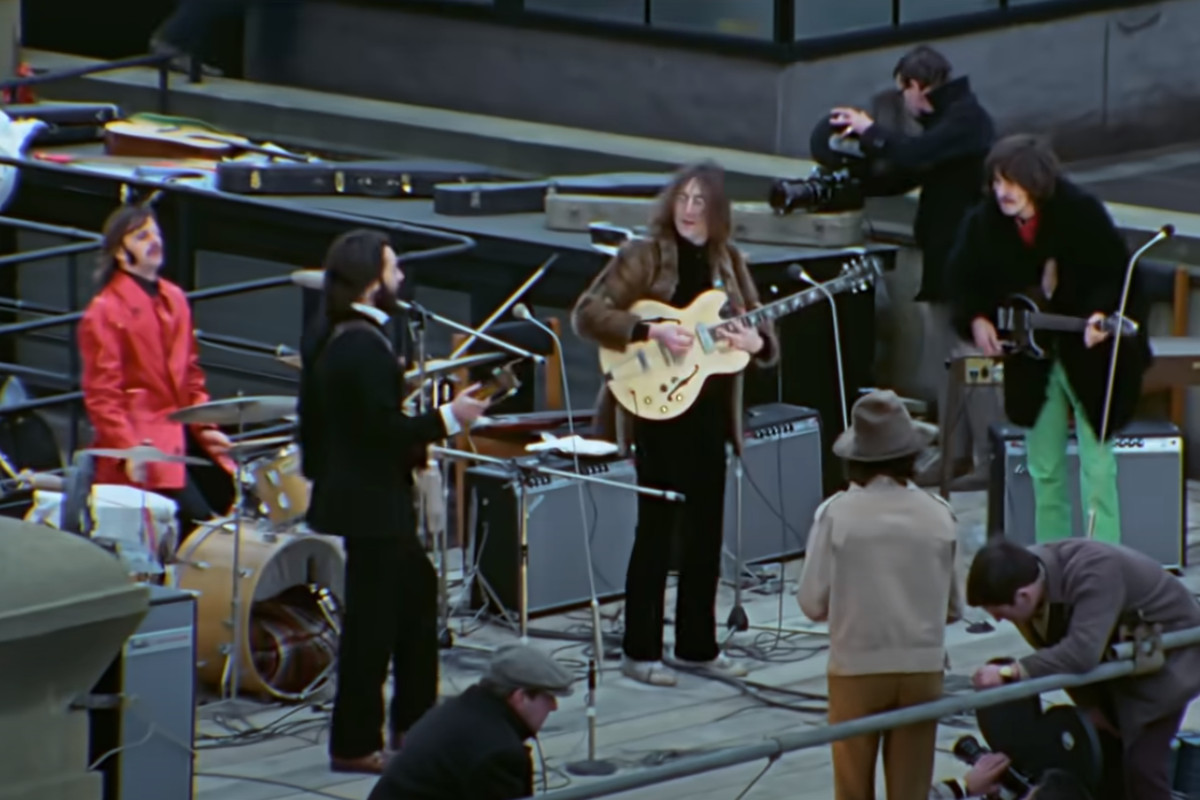 On the Roof at Saville Row

Was it worth investing the time? I was a huge Beatles fan in the 60s, and like many others wondered what happened after the White Album. Having finished the three episodes, we really believe that this documentary needed to be made and seen, to tell the real story. It rekindles the magic in the Beatles music and their power as a group working together, whilst showing the four of them in their own individual light. So talented, but together they were awesome.

So, yes, invest the time.

Here is a very thorough review by Tony Sokol which goes into a lot more detail and which I think gets things spot-on.

And here is a more critical review of the docuseries by Rodrigo Perez, which dislikes the length and edit, yet still extolls the band’s virtues, separately and collectively.

’10 things we learnt’ by Andy Welch in the Guardian also seems to be right on.

From the viewpoint of creative process and what all teams can learn, Brittany Wong offers some great thoughts.

This clip of Peter Jackson talking to Stephen Colbert is also fun .. at least when Peter gets a word in …

And finally, Peter Jackson explains to Variety how the series was made – and why. The interview adds fascinating insight into the restoration process, including using machine learning to restore the sound.

Here’s that interview on video:

APPLE CORPS LTD. 2021. The Beatles Get Back. London: Apple Corps.