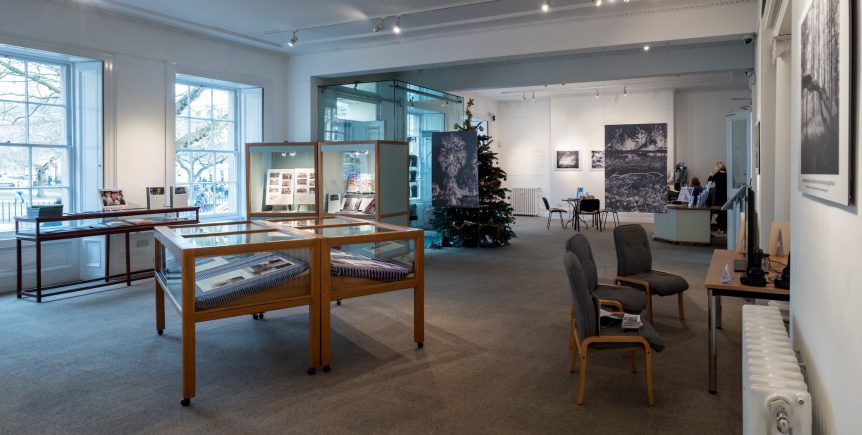 Saturday December 14th was last day of Week 24, or was it the first day post MA?

Unfinished Stories: From Genocide to Hope has been running for 9 days, with 4 more to go. In that time about 300 people have viewed the show, and I have given talks of introduction to about half of that number, in the Private Viewings and last evening’s BRLSI Member’s Christmas Party.

We have sold 36 books (selling out the first shipment) and have pre-orders for 15 more when the next batch comes from Phnom Penh. The book process has definitely had its (expensive) moments, and we all think we could do better on the black and white printed. But it is still a good product at its price point. I plan to use the book in 2020 to see if I can get interest in creating a second, ‘purer’ photo book of the final work, featuring the Khmer script. The current book is only in English, reflecting advice from my Cambodian book distributor, and deliberately showcases the unfinished stories rather than the images themselves.

Quantitatively, it all seems to be a success.

Qualitatively, the feedback has also been very positive. People have really engaged with the images, and the combination of photograph and text has been particularly well received. The Khmer script itself has also been fascinating to several visitors, with one asking Sarath to read the Khmer out to him on every image. Sarath’s video story, using the so-called ‘UN Style’ voiceover has also proven popular. Having the video on repeat, and using wireless headphones has kept the visual interest going in the exhibition space without being disruptive.

The display boards, timelines and postcards have also got a lot of attention. Perhaps the only thing I would have reconsidered would be the placement of the introductory project statement. Whilst it is an excellent statement and really helped visitors ‘get’ the show, in retrospect the placing could have been more prominent – maybe even on a standing board more obvious to visitors rather than on the first wall.

Comments in the visitor’s book contain words like ‘thought-provoking’, ‘courageous’, ‘sad’ and ‘beautiful’,  underlining the paradoxes inherent in the work. The BRLSI staff have also been very positive about the combination of professionalism in the show, and its educational nature.

Almost universally, visitors have some passing knowledge of ‘Pol Pot’, but very few know more than the names. One lady last evening, whose family were survivors of the Nazi camps, was particularly vocal about the need to make such terrible things visible, and ordered a copy of the book.

I have also found myself explaining the technical aspects of taking and using infrared imagery, and the detailed construction of the final exhibition images with their unique ‘metallic’ finish. It was perhaps a risky decision to use an unusual printing process (inspired partly by what we saw at Arles) but it has worked. To my total surprise I sold 5 of the images.

Encouragingly many visitors asked about other possible uses of the work in universities, museums and galleries across not just the UK but other parts of the world. That’s one of my 2020 projects.

One Bath resident is currently writing a book on Cambodia, and we plan to meet soon. Another visitor was involved in ethical, investigative and documentary journalism, and we will also meet. The show has definitely further extended my contact list. I feel much more confident ‘branding’ myself as a documentary photographer, now.

BRLSI asked me to focus on the ‘hope’ side of things in the Christmas Party talk, but only after I had covered the facts about the genocide and the project in general. I thus closed with Chinket Metta’s story. This is featured on the ‘Hope’ board in the show, and is in the book. Rephotography at work. 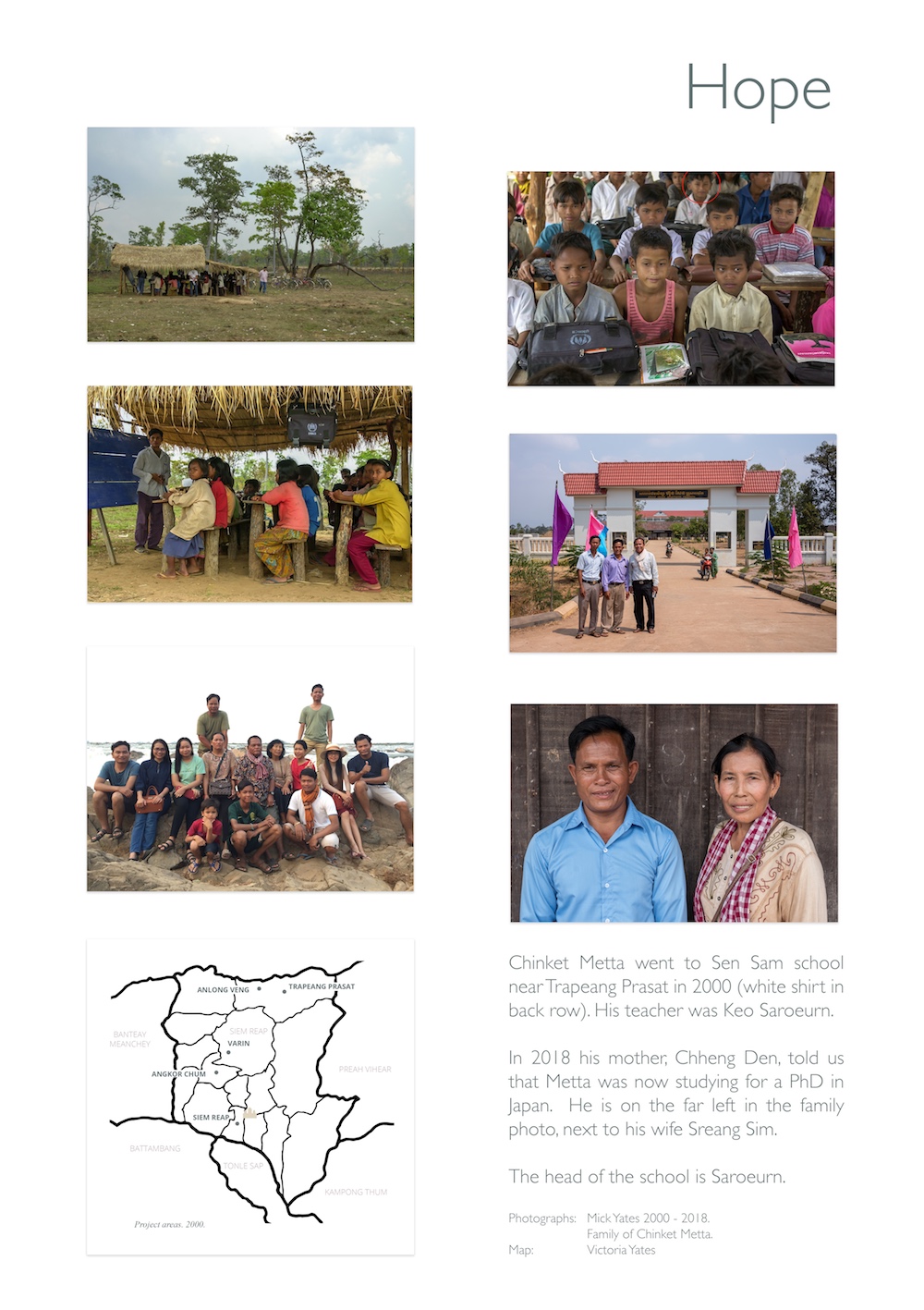 It has been an amazing last week of the MA.