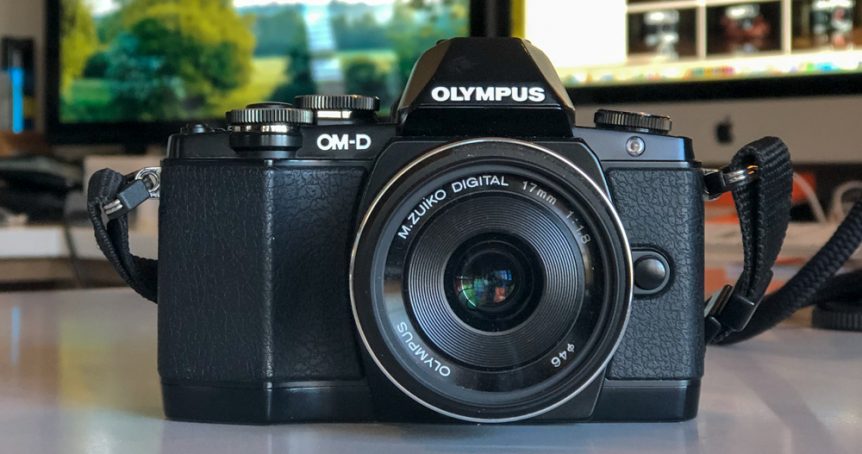 As referenced in my last Oral Presentation, I want to develop my ‘negative traces’ work using different photographic techniques. For the Sustainable Prospects Work in Progress, I used digital images converted to black and white negatives. These were quite well received in the grading process. I have previously noted the possibilities of using infrared, and why. In short, it could provide images which challenge traditional perceptions, and engage the audience in different ways in decoding my work.

Amongst other work that I have researched, Judy Glickman Lauder’s mix of traditional black and white, negatives and infrared is inspirational. 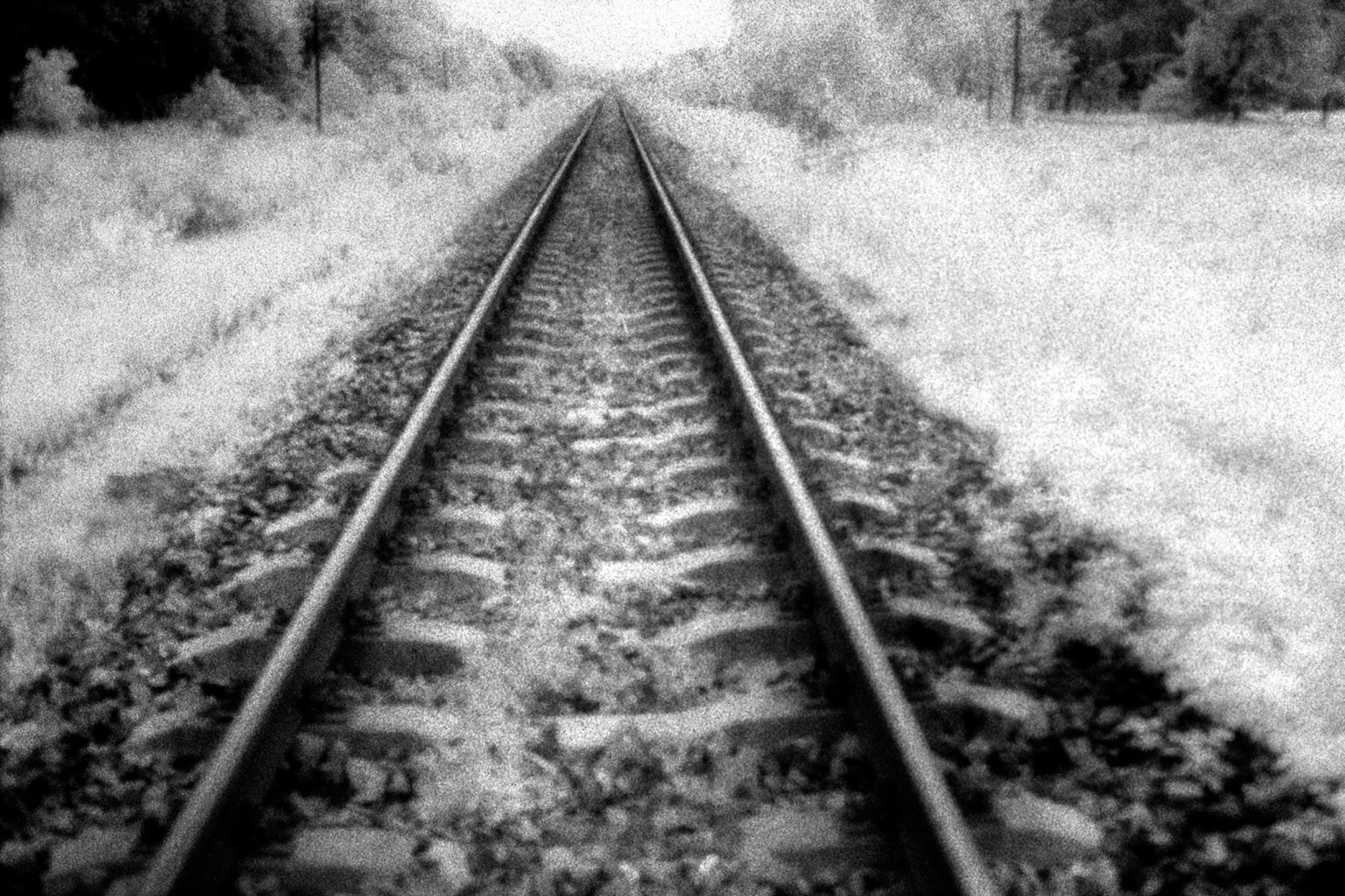 So, I have just requested a conversion of my Olympus OM-D system to infrared. 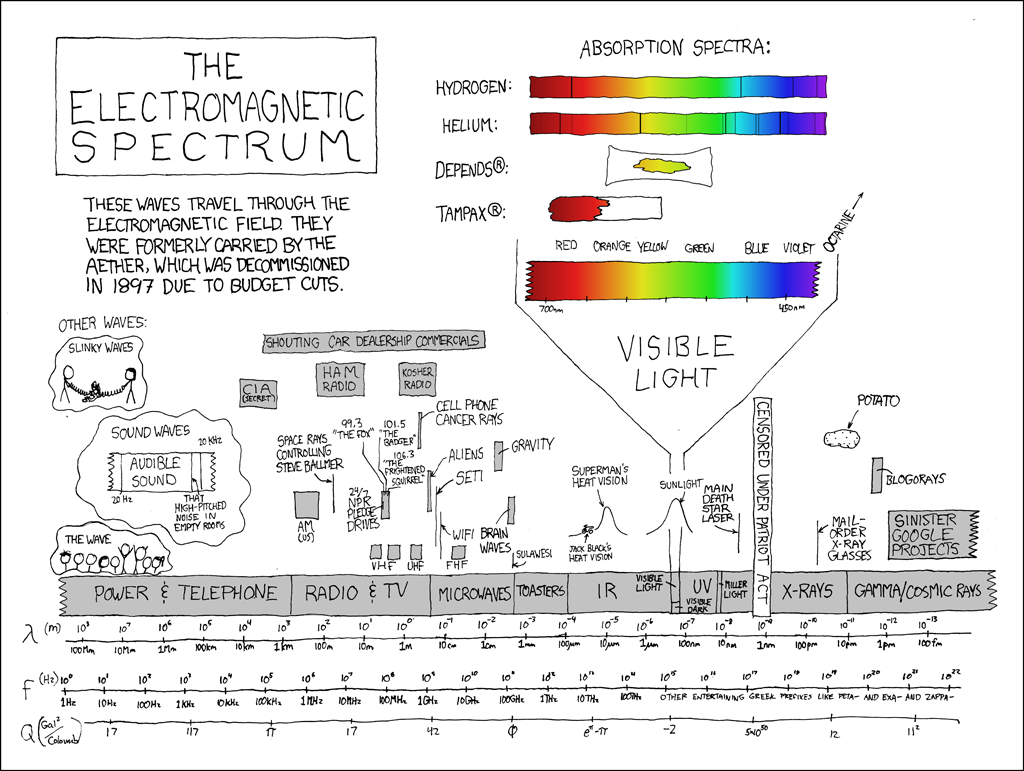 Digital camera sensors can access some infrared frequencies, but have filters to deliver just the ‘real’ visible colours. It is possible to get lens filters to counterbalance this, but then exposure times are massively increased. I did some experiments with this approach last year.

A full conversion allows the sensor to access a much broader frequency range. There are several ways to do this. ‘Full Spectrum’ effectively allows the camera to access both the visible and infrared frequencies, creating false colour images. It is possible to convert to sensor to specific frequencies – 590nm, 680nm, 720nm, 850nm being the most common. Infrared Camera Conversions illustrates the pros and cons. I have opted for 720nm conversion, which can deliver ‘false colour’ images, but which can easily be post-processed to black and white, giving images quite similar to black and white film. This seems the most appropriate digital solution to meet the project needs. 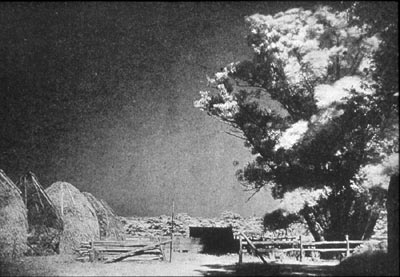 ‘The first photographs made by infrared radiation were made in the late 19th century with the first documented published infrared photograph in 1910 by Robert Williams Wood (1868-1955).  Wood was an American physicist and professor of optical physics. He had been fascinated by what he called “invisible rays” and was credited with the discovery of electromagnetic radiation beyond the visible spectrum. He developed photographic emulsions to capture this radiation and produced the first photographs of both infrared and ultraviolet radiation. The photographs exhibit the characteristic whitening of healthy foliage which became known as the “Wood Effect” and it remains one of the distinctive features of many infrared pictures.’ 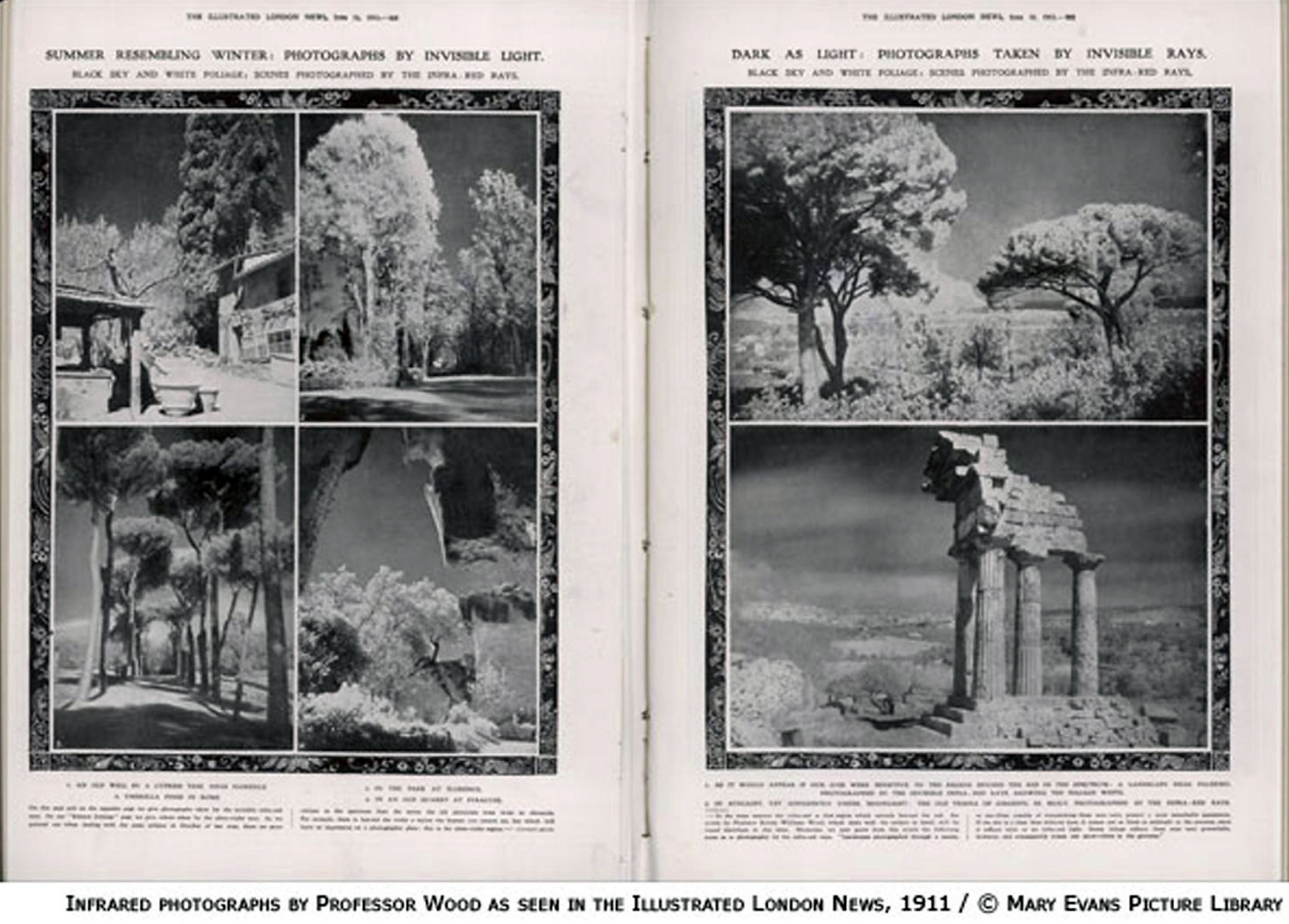 The chlorophyll in living cells absorbs blue and red visible light – reflecting to the human eye as green. Infrared light is strongly reflected by chlorophyll, so living greens are rendered as almost pure white in black and white images. 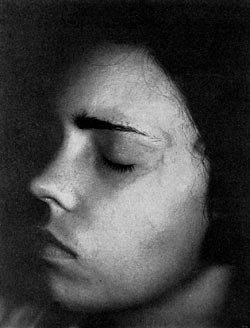 Walter Clark (1899–1991) published an article in 1934 in the Journal of the Biological Photographic Association, on ‘Infrared Photography’. This included an infrared photograph of a woman’s face, which is the first published picture of a person using that technique.

I am hoping to get the camera conversion back before my next Cambodia trip, mid February. Fingers crossed.