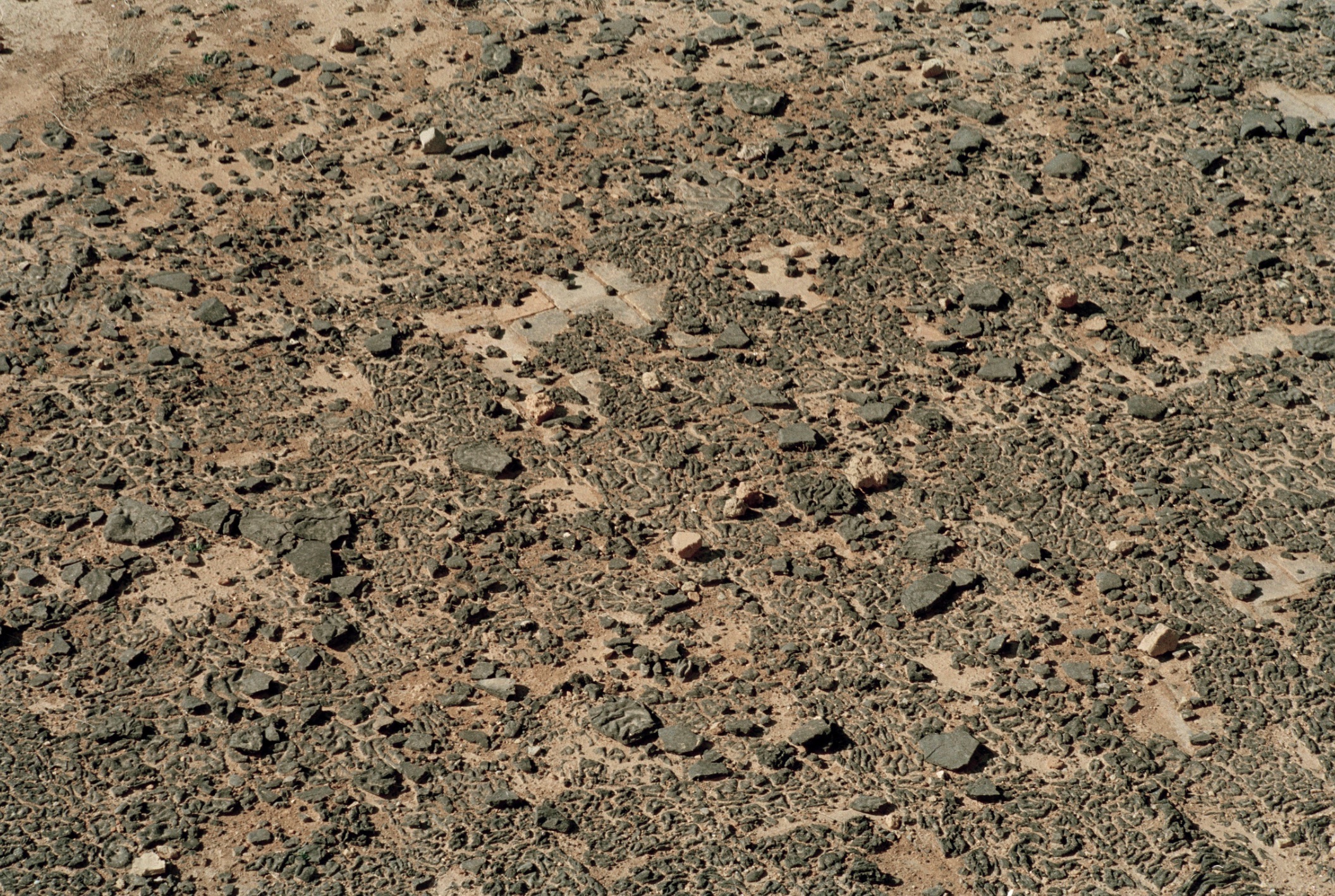 So, what have we here? A nicely constructed, painterly, abstracted image, technically well executed. In certain contexts, it could be seen fine art photography, perhaps? In Barthian terms, though, at first glance it is hard to see Punctum.

On the other hand, it is a image in a series of traces of conflict, by Sophie Ristelhueber (Babylon, 2016). In a collection of such traces, it is worth looking more deeply into the image. Why this trace? What is the action it is tracing? How did it happen? What people were involved? And what attracted the photographer to this scene – what else might she have photographed?

A definite case of an image having an ‘It’ and an “About”. Francis Hodgson (2012) made the point that people cannot always distinguish between a picture OF something compared with a  picture ABOUT something.

A picture might be ‘worth a thousand words’, but in this case a few words are undoubtedly required to understand the picture.

We had a debate at my local photo collective earlier this week about photo manipulation. The presenter suggested that all images are manipulation, so it’s all subjective. Yet, when Ansel photographed the moon over Hernandez, whilst he later changed how he processed the image – it was a picture of a moon that was actually there, above houses that really existed, and exposed using the zone system.

Again, some rather objective facts before the subjective manipulation (and viewers interpretation) happened?

Perhaps also worth noting that “Critical Theory” can be interpreted different ways. To quote Wikipedia:

‘Critical Theory is a school of thought that stresses the reflective assessment and critique of society and culture by applying knowledge from the social sciences and the humanities. As a term, Critical Theory has two meanings with different origins and histories: the first originated in sociology and the second originated in literary criticism, whereby it is used and applied as an umbrella term.’

Post-modern Critical Theory tends to be have influenced by philosophy of language, communication theory, semiotics etc which almost be definition makes it more ‘micro level’ analysis – and making it even more a jumble 🙂

Sophie Ristelhueber has continued a reflection on territory and its history for about thirty years, through a unique approach to the ruins and traces left by mankind in those places devastated by war or by natural and cultural upheaval. Far from the classical photo story, she strives to implement the bare act and the stamp of history on both the body and on the landscape, by rendering visible wounds and scars, veritable memories of the acts of history.

If she essentially turns to photography in her work, Sophie Ristelhueber utilizes her shooting to create full plastic works, playing with the material and the format of the image, its status, its framework and its installation in space.