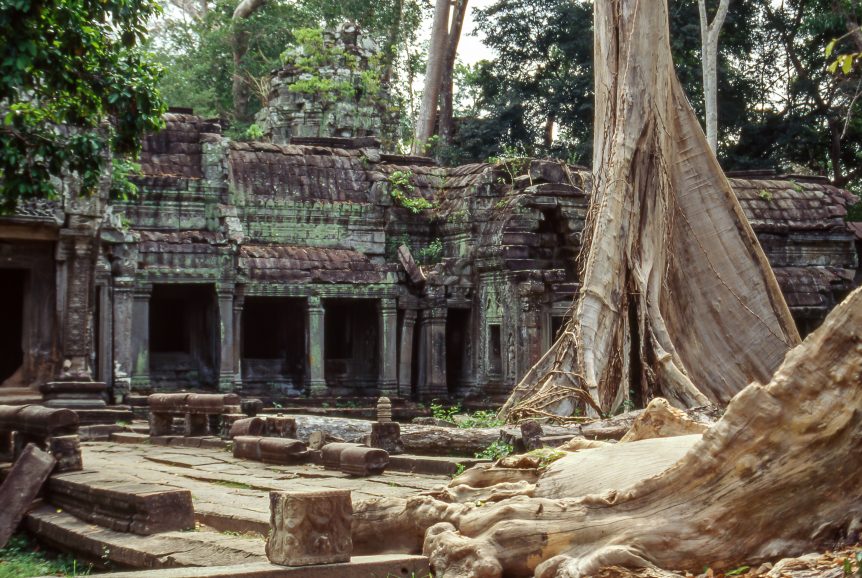 It has always been my intent to go back and re-imagine the journey that we took with Sarath, though I have, to now, seen that very much about telling ‘his side of the story’.

That is still valid, though Cemre raised the equally valid point that, as a photographer, it needs to be shown through my vision.

Cemre and others also suggested that, given our strongly-held family feelings about Cambodia, what role do other members of my family have in all of this? Ingrid is of course a partner in everything that happened, and that is happening today.

But all of our kids have been involved and know the country and the people well.

Stepping back, we all see much more in Cambodia than pain and Genocide.

We have had many happy days wandering around, exploring, meeting people. Maybe that sounds a bit touristy, but I think to a depth few casual tourists reach.

Angkor Wat, the beautiful complex close to Siem Reap, is a tourist ‘must’, of course.

Although Angkor Wat is the name of a specific temple, it also refers to the entire complex, which is the largest religious monument in the world. It was constructed as a Hindu temple dedicated to the god Vishnu for the Khmer Empire, gradually transforming into a Buddhist temple towards the end of the 12th century. It was all ‘re-discovered’ in the 19th century. From About Asia:

“The Angkor Wat Discovery is the somewhat controversial concept that refers to the visit of French naturalist Henri Mouhot to Angkor Wat in 1860 and the publication of his travel notes in 1863. These memoirs had an unprecedented reception in Europe, and Mouhot was credited with the discovery of the “lost city of Angkor”. However, the French explorer was not the first European to visit Angkor Wat nor the first one to write about it.

The earliest and most detailed account of Angkor was written by the Portuguese Diego de Couto in the mid 16th century and described how a Cambodian King came upon the ruins while hunting elephants. During the 15th and 16th centuries various Spanish missionaries traveled to the site and left written reports about their visits. In 1603 the Spaniard Gabriel Quiroga wrote “In 1507 a city was brought to light that had never been seen or heard of by the natives”.

Moreover, the 17th century brings us accounts of Japanese settlements at Angkor. An inscription with Japanese calligraphic characters found on a pillar on the second floor of Angkor Wat dating back to 1632 is good proof of it. Another Japanese man, Kenryo Shimano, is the author of the oldest known Angkor Wat plan. During his travels to Angkor some time between 1632 and 1636 he drew a very detailed map of the temple”.

One of our collectively favourite spots is the Ta Prohm temple in the Angkor Wat complex.

Ta Prohm was built in the Bayon style, in the late 12th and early 13th centuries. It was originally called Rajavihara and was founded by the Khmer King Jayavarman VII as a Buddhist Monastery and University. I have images going back to our first visit to Cambodia in 1994, and have already been scanned and organising the collection for future use as part of Sarath’s story and the history of the Genocide.

So today I decided to explore the archive from a broader, cultural view, starting with Ta Prohm.

I must say I am very happy with the quality. The photographs were shot with the Nikon F4s. That was my mainstay camera for a decade (I still have it and use it). Although the images needed a little colour correction due to age, the Ektachrome has held up very well.

All scanned using the Epson 850 flatbed. I will be visiting again in a few weeks, and will pass through the Angkor complex on the way north.

I’ll scan images of other visits, and will print some to take along. I will also have the archive on my iPhone.

Here’s a fuller gallery of Ta Prohm images from 1994.