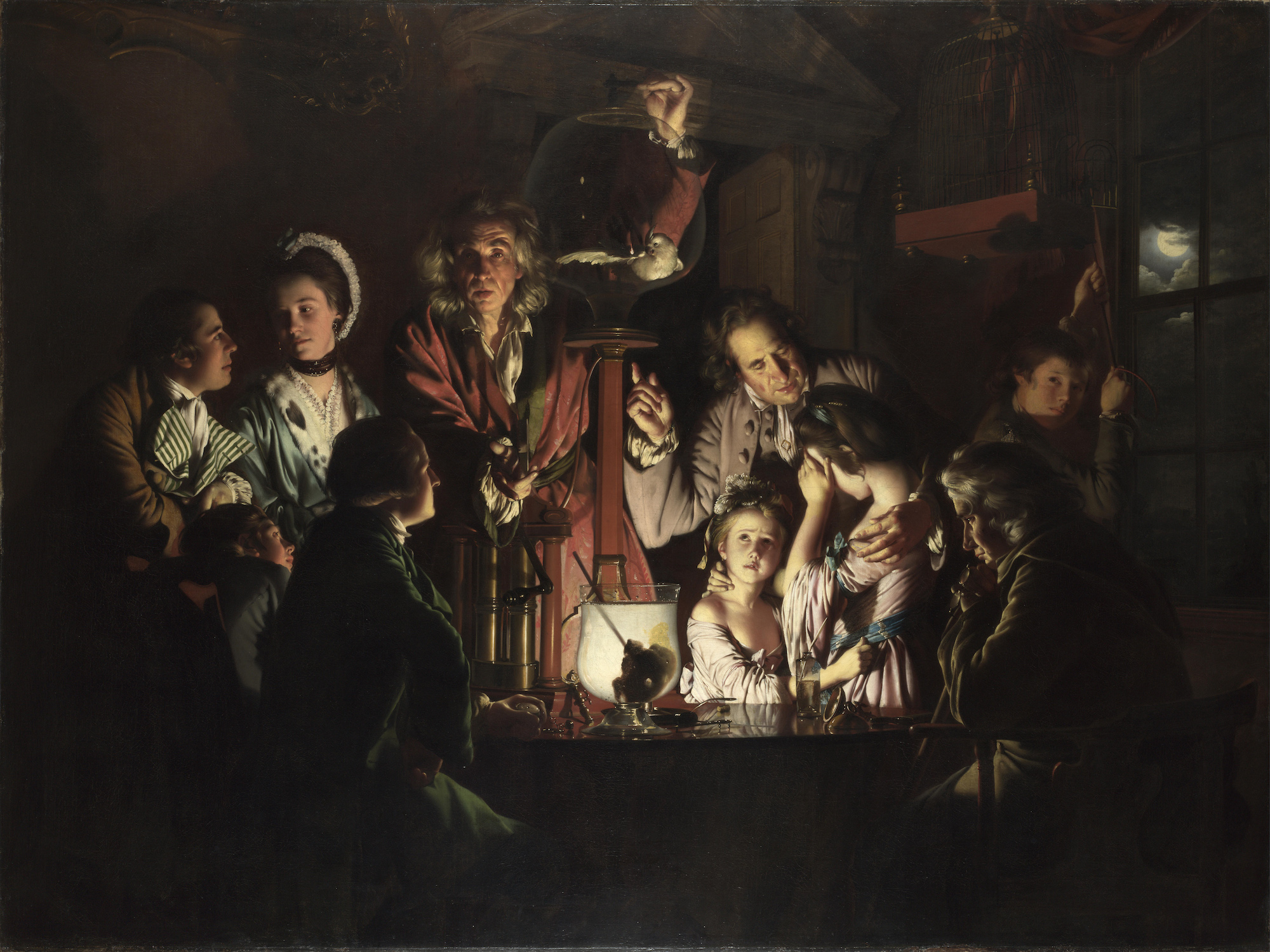 Several of my fellow students have noted painters such as Caravaggio and Rembrandt as inspirations, with their mastery of both light and compositions, delivering works of great beauty and power.

Since I was a kid, growing up near Derby, I was always fascinated by Joseph Wright of Derby, wondering ‘how did he paint that’.

I don’t think his work has the same power as the two Masters, but there seems almost a domestic simplicity to his composition. As a photographer, I have no idea how to ‘do that’ with light – Danny and Gail both do – but I think I should consider my lighting more, to add  to my ways of seeing portraits. So  much inspiration already on the course!

Joseph Wright (1734 – 1797), styled Joseph Wright of Derby, was an English landscape and portrait painter. He has been acclaimed as “the first professional painter to express the spirit of the Industrial Revolution.

Wright is notable for his use of chiaroscuro, which emphasises the contrast of light and dark, and, for his paintings of candle-lit subjects. His paintings of the birth of science out of alchemy, often based on the meetings of the Lunar Society, a group of scientists and industrialists living in the English Midlands, are a significant record of the struggle of science against religious values in the period known as the Age of Enlightenment.

Many of Wright’s paintings and drawings are owned by Derby City Council, and are on display at the Derby Museum and Art Gallery.

Image: Joseph Wright of Derby An Experiment on a Bird in the Air Pump (1768) © National Gallery