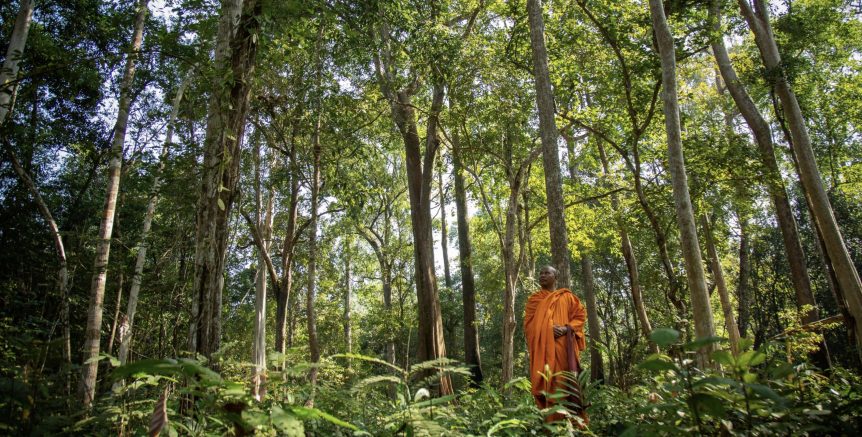 Jungle Guard, directed by Makara Ouch, in his work with the Cambodian Sleuk Rith Institute (founded by Youk Chhang, of DC-Cam), will be released in 2019.

But looking at the still images, I have a question. Makara is a very talented Cambodian photographer and film maker. I know from personal experience that he has a deep sense of feeling for the Cambodian people, their sad history, though always has an eye to the truth, and a hope for the future. Below are some of his images for the movie’s pre-release publicity.

Without this context, I have to wonder whether the same images, shot by a Western photographer, would fall foul of that ‘National Geographic‘ attack? Rather, I have to think that any sensitive photographer, who spends enough time to understand cultural, social and historic perspective would do good work, even if not the same as Makara’s.

Makara uses the latest technology – which in many ways is an ‘equaliser’. Does technology act as a mask or an enhancer for cultural sensitivity?

I also wonder whether the movie itself might suffer a ‘Hollywood critique’, bearing in mind this technology – similar to Angelina Jolie’s recent Cambodian movie, First they Killed my Father?

I look forward to watching the movie, and thus being better able to discuss this.

The details from the film’s website are copied below, to be sure any reader of this blog starts from the same point.

JUNGLE GUARD​ is a documentary film:

‘...that portrays the life of a unique Buddhist monk community that has voluntarily assumed the role of protector of a large parcel of natural forest and its indigenous wildlife, fish and related resources. The forest, known as the Monk Commune Forest, is located in Anlong Veng district, the last stronghold of the Khmer Rouge rebel army and its surviving leaders, in Cambodia’s Oddar Meanchey province.

Venerable Bun Saluth, founder of the Monk Commune Forest and film protagonist, founded the forest with a former Khmer Rouge soldier and friend after the monk expressed his dream to protect the environment. This forest was a battlefield between the Khmer Rouge and the Cambodian Government until a peace agreement for Anlong Veng was reached in late 1998. The friend urged the monk to act on his dream to protect and conserve the forest. Attracted to the forest and its rich animal and other resources that were under threat, Venerable Bun Saluth committed his life’s work to protect and preserve it‘. 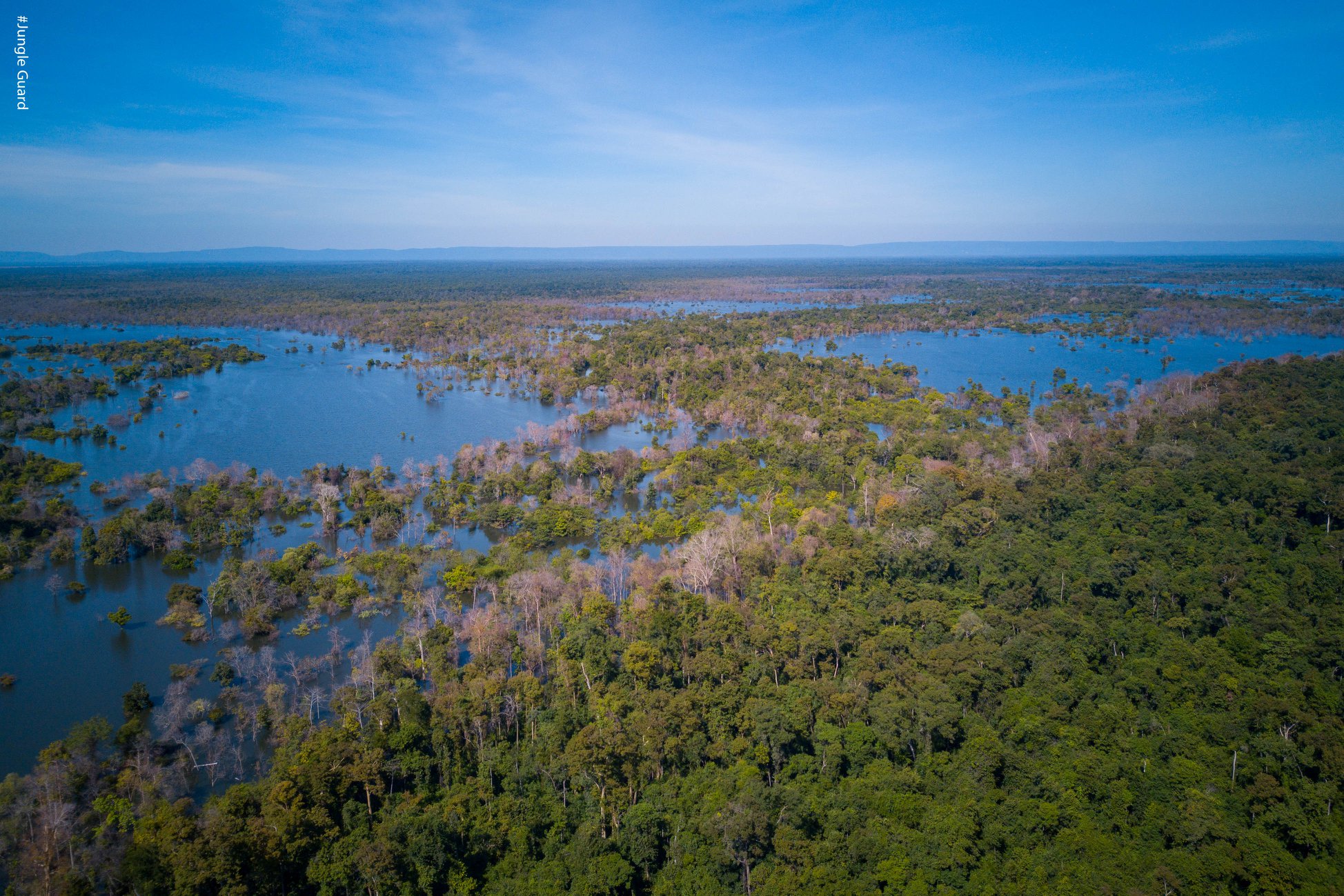 ‘This documentary film was patiently filmed using a movement camera and drone to illustrate the natural beauty of the forest, its rich resource base, and the daily life of the monk in how he interacts with and protects it. The film’s narrative relies in large part on moving images that trace the start of the conservation effort, illustrate the protections the monk has instituted, and describe the challenges and aspirations he and his community foresee for ensuring the future of the forest and securing a better life for the indigenous villagers.

It is my hope that this film can serve as a role model for others to study and learn from the monk’s effort and commitment. In particular, I anticipate that it will appeal to and inspire the younger generation to proactively engage in efforts to raise awareness of and to protect Cambodia’s natural forests, wildlife and fish populations from those who would exploit and destroy them’. 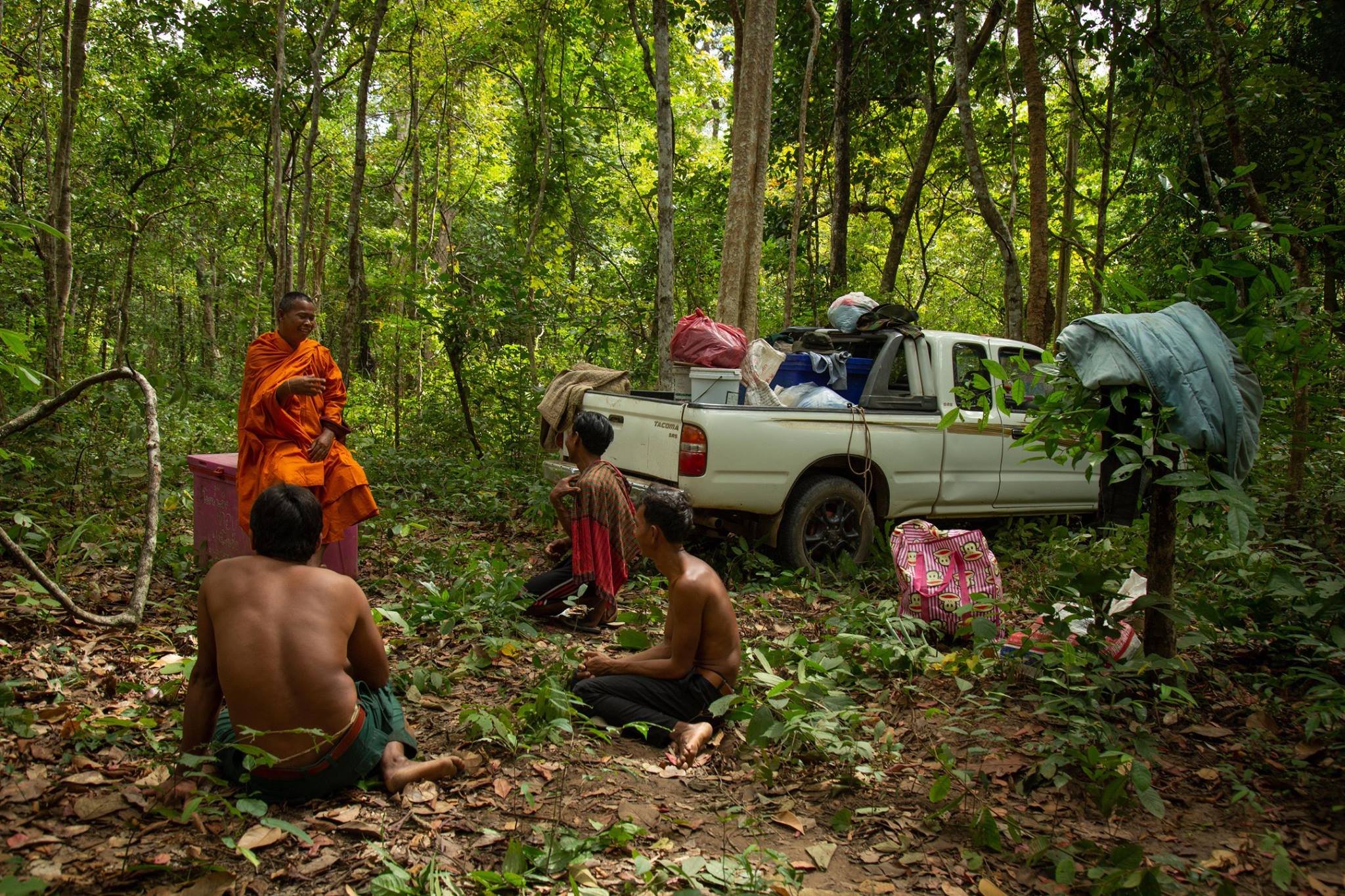 MAKARA OUCH is a Cambodian Filmmaker/Photographer.

‘He worked for the Khmer Mekong Films from 2006-2013. He made his own film with his colleagues entitled “Beautiful Heart”, production of which was completed in 2012. The feature was screened at that year’s Cambodia International Film Festival and received critical acclaim. He subsequently directed other short films, such as “ A Senior’s Love” and “KOH KER: The Lost Wonder” in 2013. Makara joined the Documentation Center of Cambodia (DC-Cam) as Film Director and Producer since late 2013. At DC-Cam, He has produced and directed several documentary films, such as “Anlong Veng”, “The Kingdom of Memory”, “Hope for the Future”, “Integrity”, “The Long Road to Education”; and a social spot “Sidewalk”, commissioned by Blue Media Cambodia and Phnom Penh City Hall. Most recently, he directed and produced a series of documentaries entitled “Village History”, “Pol Pot Home”, and Genocide Education in Cambodia for DC-Cam which is screened Cambodian high schools.

Makara was selected to be a photographer to photograph His Majesty Norodom Sihamoni, the King of Cambodia and the Queen Mother Norodom Monineath Sihanouk and all the Royal family for a book “ The Royal House of Cambodia”.

Makara completed his film training in South Korea, Thailand and Japan in the FilmLeader Incubator (FLY) Program and completed a regional AFS USASEAN film workshop of YSEALI program in Loung Prabang in 2017. Makara was awarded one of the 12 fellowships in a global competition sponsored by the University of Southern California’s School of Cinematic Arts to study film in the “American Film Showcase” program in 2018.

Makara also was awarded THE ROYAL ORDER OF CAMBODIA – THIPADEN from His Majesty King Norodom Sihamoni, the King of Cambodia in 2017′. 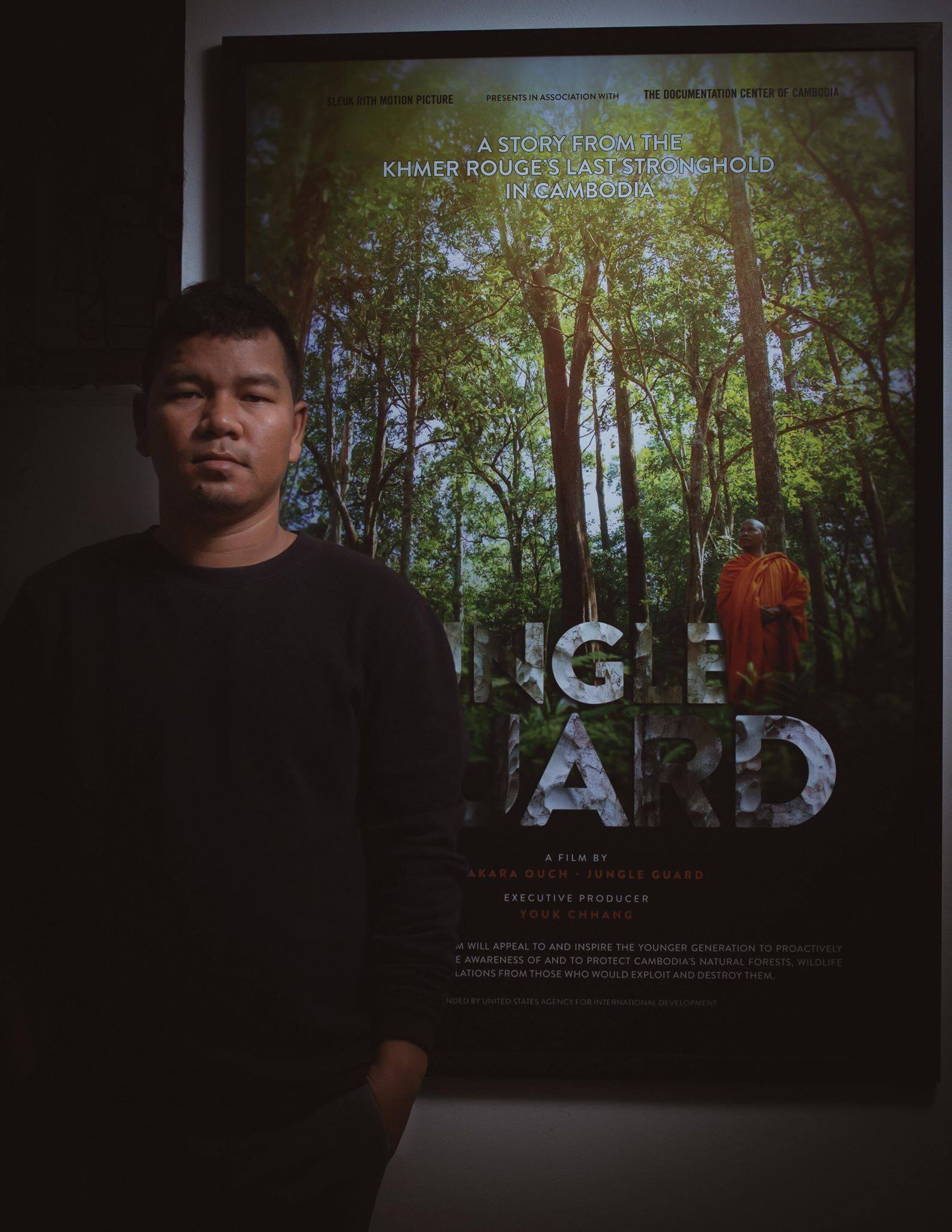