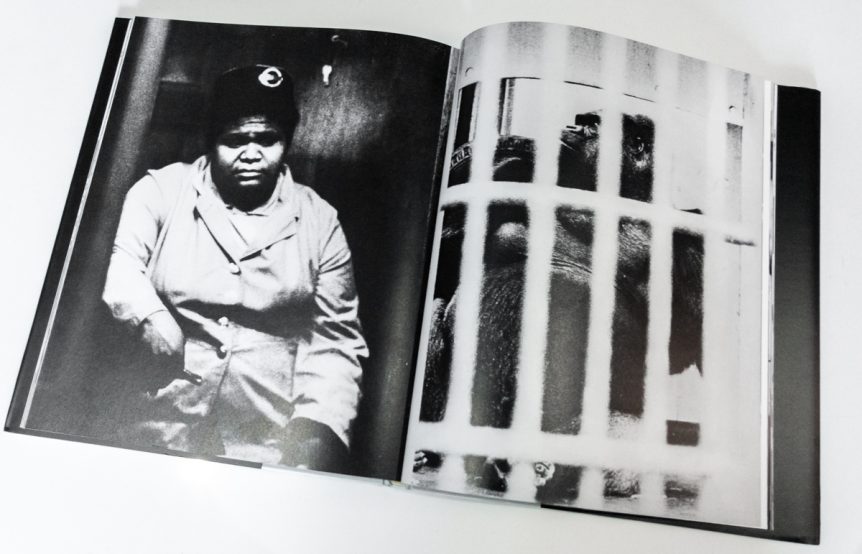 Gian Butturini (1935-2006) was an Italian graphic designer who travelled to London in 1969. He took photographs of what was happening in the ‘swinging sixties’, and these were published in a book London, also in 1969. 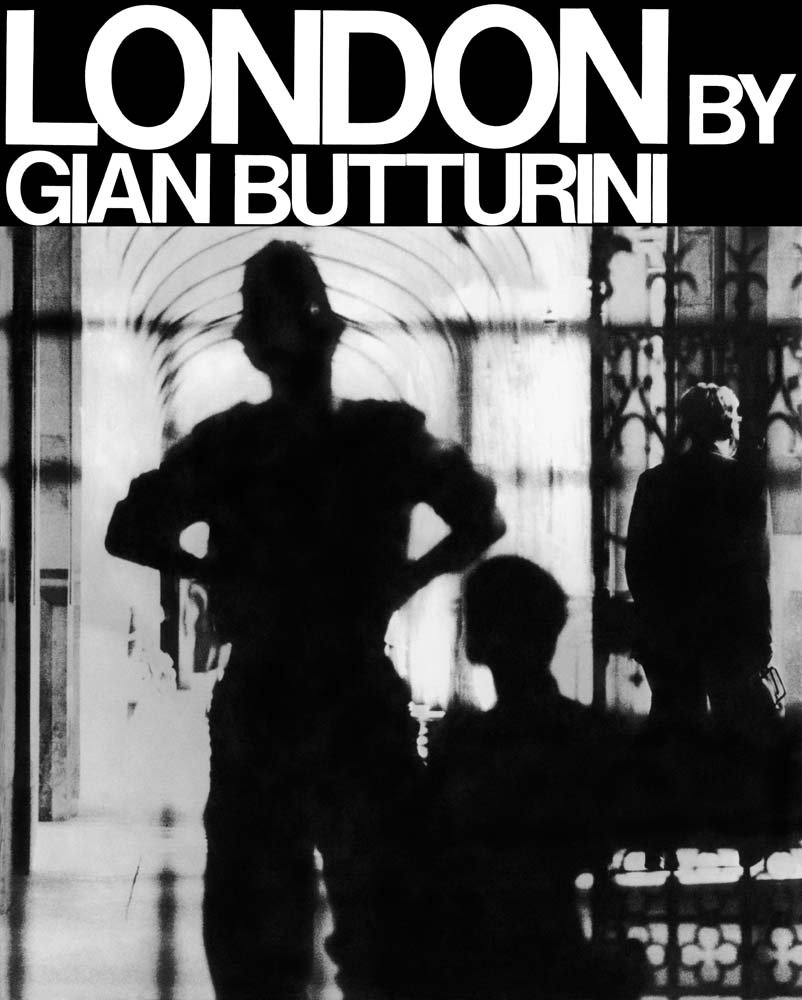 The photographs catch the energy of the city, in a grainy, blurry, dense street style – reminiscent of Provoke and Daido Moriyama.

This past week, Butturini has been causing a storm on social media, starting on Twitter and migrating to Facebook.

The reason is the picture in the header – a two page spread in the book which has a black woman sitting in some kind of pay booth (movies, perhaps) juxtaposed with a gorilla in a cage in London Zoo.

Whilst all the photographs are very much ‘of their time’ the rest of the book is more neutral in its observations and has nothing so obvious. 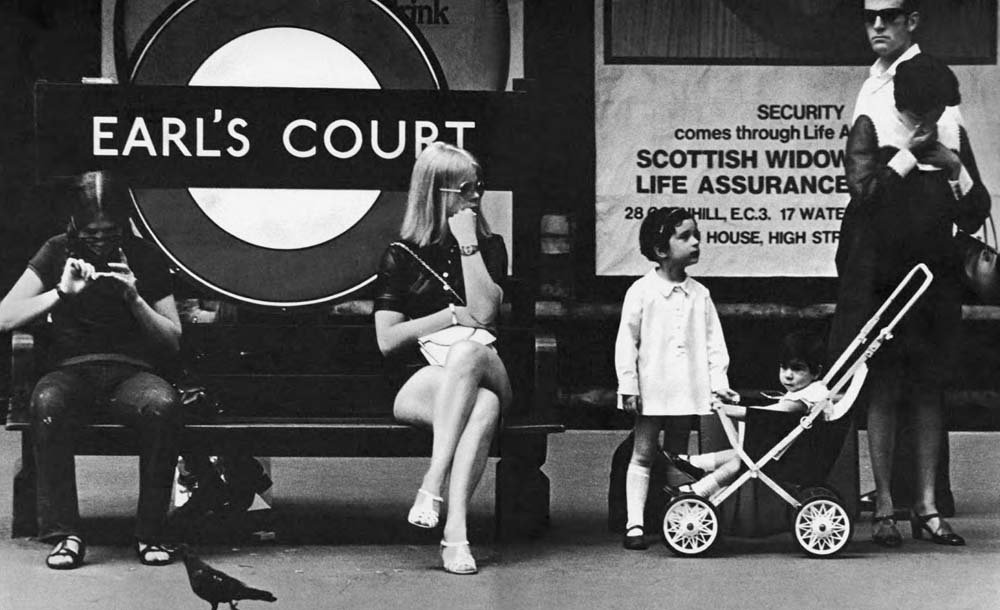 In itself, that juxtaposition would be cause for serious complaint today, and no editor would let such a thing pass. It is yet another artefact of the moments in history when racism was both overt and hidden at the same time.

But the storm has arisen mainly because of Martin Parr. By his own admission Parr was genuinely excited to find Butturini’s book, as most British photographers at the time in London seemed to be chasing the celebrity life of fashion and music, rather than the grittiness of real life. And, indeed, Butturini’s other work is well worth studying.

The problem however is that Parr championed a remake of the book, wrote a foreword, and is credited as editor – even though nothing (other than size) is changed from the original, now long out of print and a collector’s item.

Not a mention is made by Parr, or the publisher Damiani, about this two page spread. And not a word is said in the video of Parr launching the new edition.

An oversight? Perhaps. But when one claims to edit, then edit. And look properly. Parr has often pushed at social boundaries, but this is a step too far.

I bought the book. It is all made worse when one reads the book. In his original introduction, Butturini notes:

The words of an observer of ‘the other’, which only compounds the errors made by Parr and Damiani. I have gone through the book, but can see no other suggestions of Butturini’s views on race. The rest, written and photographic, seems focused on straight forward observations of daily life in the city. 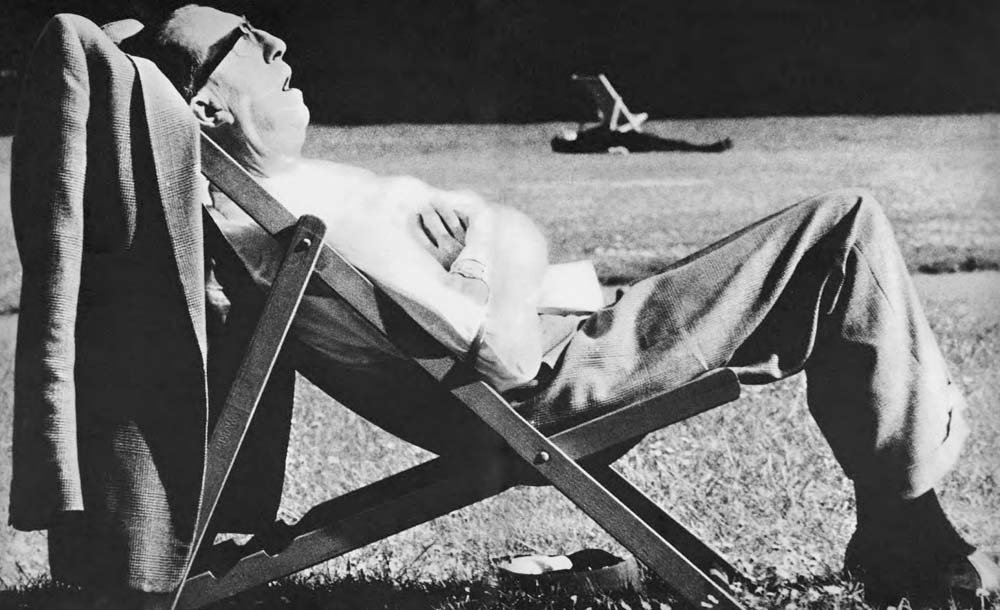 Was Butturini a racist, as some on social media suggest? I somehow doubt that, based on the rest of the evidence. But the two page spread does shows seriously bad judgement. A bad sign of the times indeed.

Had any editor, including Parr,  moved those photographs to other pages, I suspect even with Butturini’s own comments above, the issue would have attracted very little attention.

An interesting and rather sad case study about not actually looking, about not considering context and audience. And about editors not doing their job.