There is a lot of noise about Mastodon right now, given Elon Musk’s takeover of Twitter. Here’s my explainer.

First, look at https://fediverse.space/instance/mastodonapp.uk, an interactive tool to explore the Mastodon space.

In the first image, each dot is a server in the federated space (‘fediverse’) and the links show the strength of connections to other servers – also called ‘instances’. Each is independently owned and maintained. Some focus on geography, some on subjects (comics, art, politics, sex workers safe space etc.). It is entirely up to the users of the instance. I joined mastodonapp.uk which is generalist. 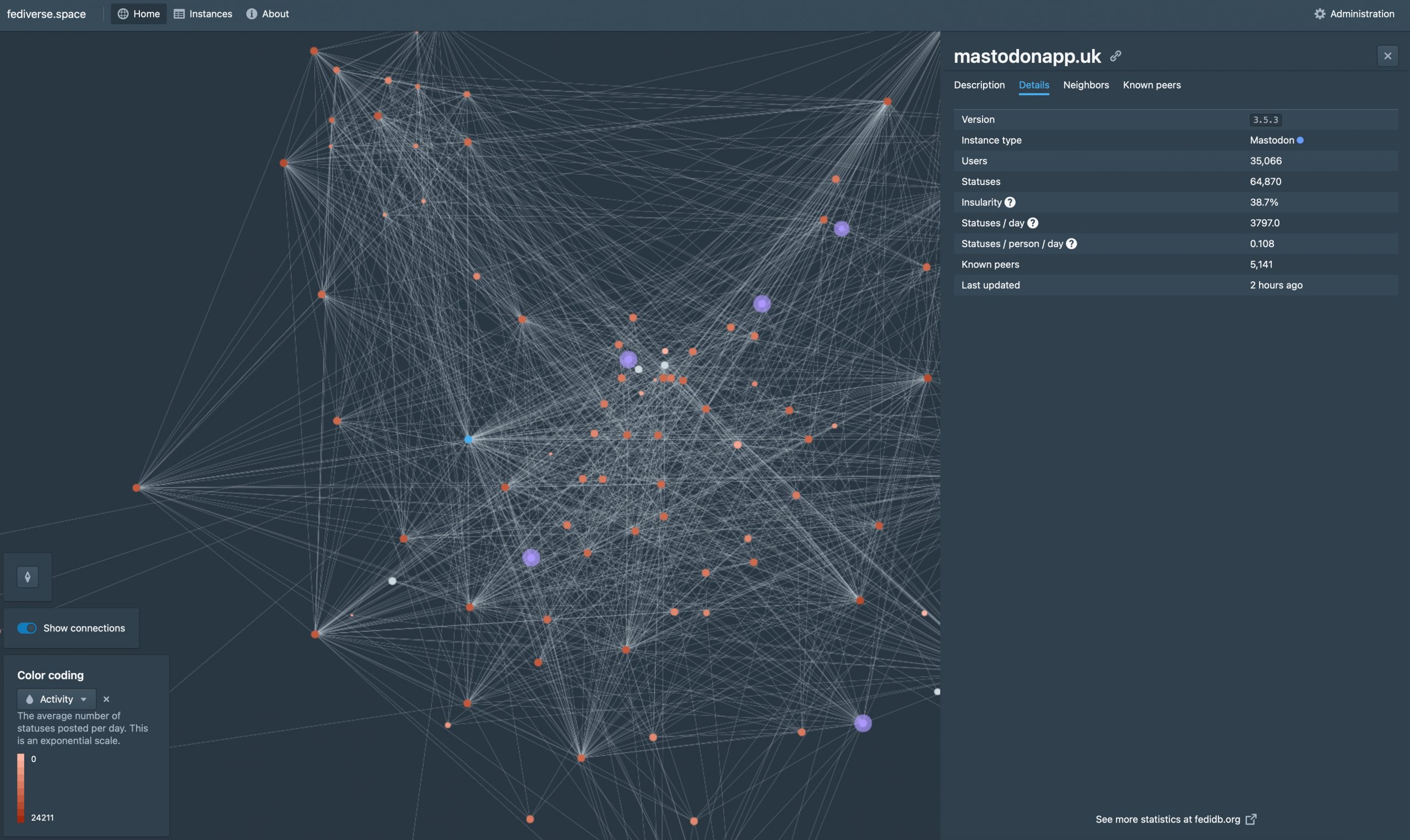 mastodonapp.uk is the blue dot near the centre of the first image. There are currently 35,000 users of this instance, including as of yesterday Stephen Fry. Users aren’t just stuck in this instance – you can connect with users of all of the instances others across the world. Hence Stephen already has 38,000 + followers.

The second image shows the nearest neighbours to mastodonapp.uk – i.e. the instances whose users have (so far) the strongest links with your own. The closest purple dot (just below the centre blue one) is an instance in Germany, for example. 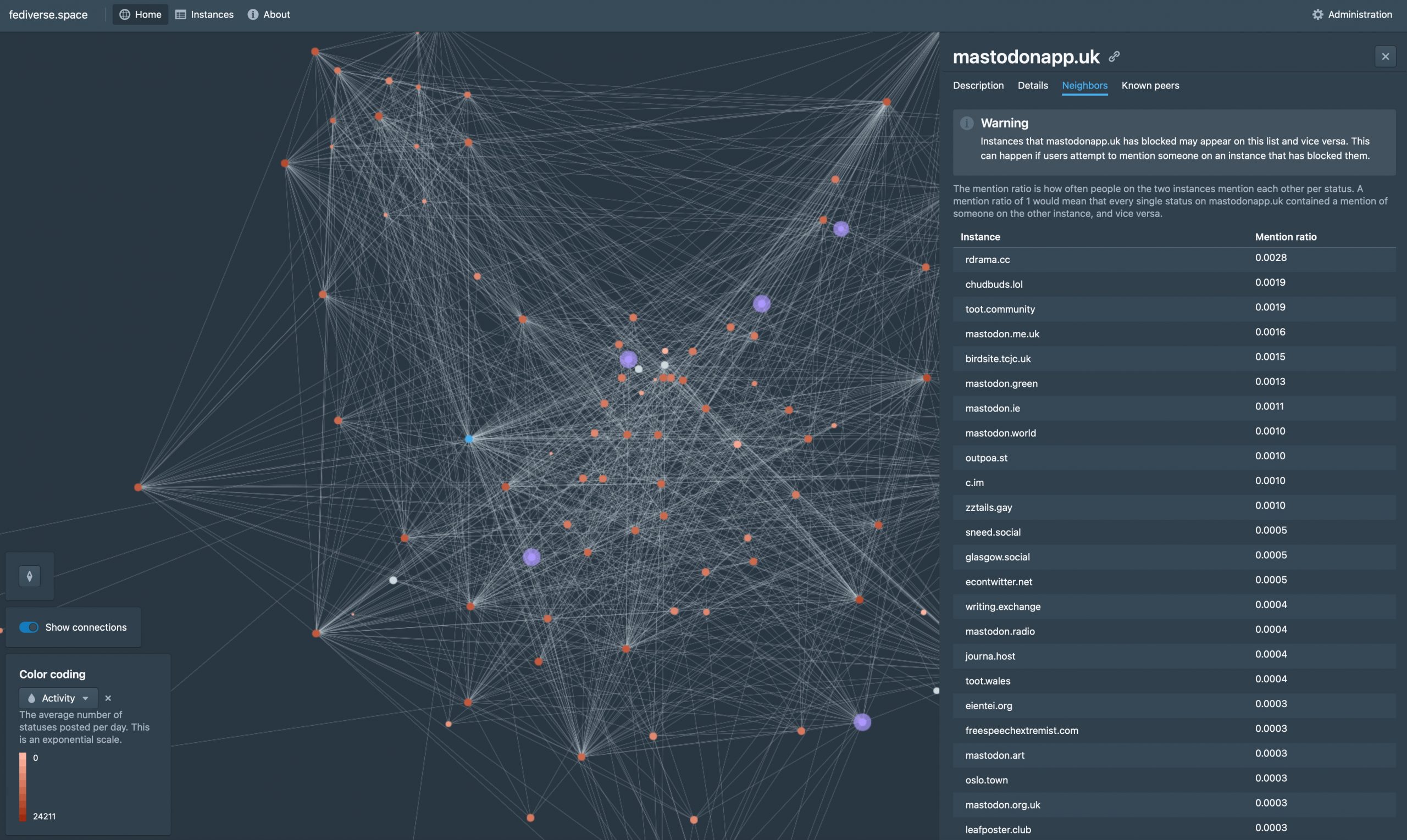 In other words, the fediverse is exactly like the structure of the internet (duh!) with interconnected servers. But the WWW serves to propagate the same information across the entire space through its servers. So, Google is Google and Twitter is Twitter. Unlike Twitter, though, each Mastodon instance can have their own rules as to what is allowed and what isn’t.

Also, so far, there are no algorithms to direct what you see. And there is no advertising, targeted or otherwise 😊 You can view your ‘home instance’, hashtags you choose, or the entire federated space, all in chronological order.

Oh, and you can self-verify for free by linking to a website that you own (i.e. can edit and add a short code to). You can see what that looks like in the header with two of my websites verified in green.

Disclaimer: I used to study and write about network theory.