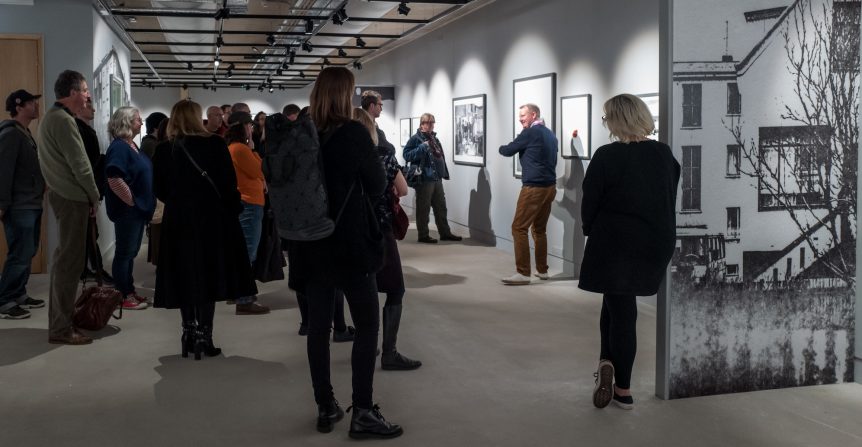 Jesse organised a really interesting ‘face to face’ yesterday, to see the work of Tony Ray-Jones and Jack Latham at the RPS, Paintworks, Bristol.

There was much to be interested in, but listening to Jack I could hear resonances between his project, Sugar Paper Theories, and mine, Unfinished Stories. Jack is exploring the false memories of people wrongly convicted of two crimes in Iceland in the 1970s. Through continual interrogation, using unscrupulous methods, the accused began to believe that they really had committed the crime. Jack used archive material (police records) and modern photography.

In the Cambodian context, it is not that people were given false memories, but that the prevailing ‘bad guys’ narrative obscures the truth, the depth of the problems. It also to some extent stops individuals coming to terms with what happened to them personally during the years of the Genocide, and around those years.

As a consequence, this morning I have decided to re-do and extend the opening statement for my upcoming installation, to make things clearer (it is clear in the book). Here is my statement:

Between 1975 and 1979 the Khmer Rouge killed 1.7 – 2.2 million people in their attempt to create an agrarian society cleansed of the urban intelligentsia. Forty years later the Genocide’s devastating impact on Cambodian society still resonates. What happened to the individuals that survived those horrific times has largely been left unspoken.

Our collective memory is driven by the images of mug shots of victims of the Tuol Sleng torture facility and skulls from the Choeung Ek Killing Fields. Yet there are almost 20,000 grave sites which go unnoticed and are mainly unmarked. Prince Sihanouk tried to keep Cambodia neutral, but he allowed Vietnamese supply lines to cross the country during the Vietnam War. US bombs killed tens of thousands of innocent Cambodians in a vain effort to disrupt these trails. This helped push the population towards the Khmer Rouge.

The story of the Genocide is buried in an anonymous landscape.

Until the death of Pol Pot in 1998, part of the country remained under Khmer Rouge control. In 1999, Ingrid and Mick Yates founded a primary school program in the Reconciliation Areas. Working in collaboration with Save the Children, the Ministry of Education and even some ex-Khmer Rouge, the partnership helped rebuild the local education system. Keo Sarath and Beng Simeth, despite personal traumas of the Genocide years, led the programs towards a more hopeful future for children.

Unfinished Stories uses photography, text and video to bring to light some of the previously unheard stories. The work uses first person accounts of the atrocities, with each photograph carrying a quote in Khmer from Sarath or Simeth describing the horror they lived through and anchoring the image in place. Infrared photography underscores the strange phenomenology of the now often beautiful landscape that witnessed the Genocide. Typefaces are clean and modern, reflecting the contemporary nature of the spoken words against memories of decades gone by.

The resultant series is complex, out of time and paradoxical. Individual images are calm, yet they are also intensely personal and horrific.

This also allows me to make the audience experience on entering the show both informative and more impactful. I will use an A1 sized introduction (Letraset on the walls is not feasible.

Thanks to Ash, Gem, Paul, Ingrid and Victoria for working through this. 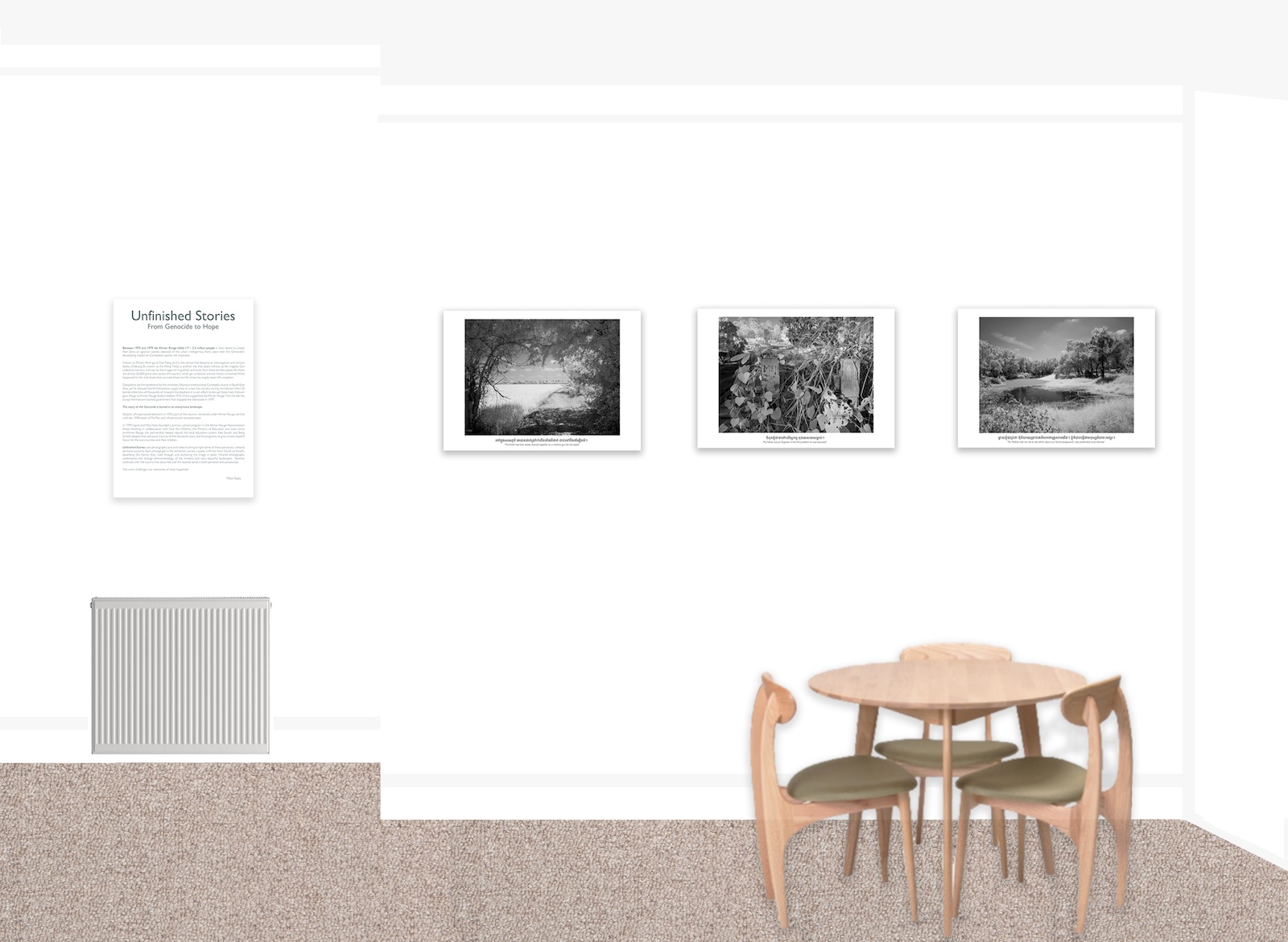