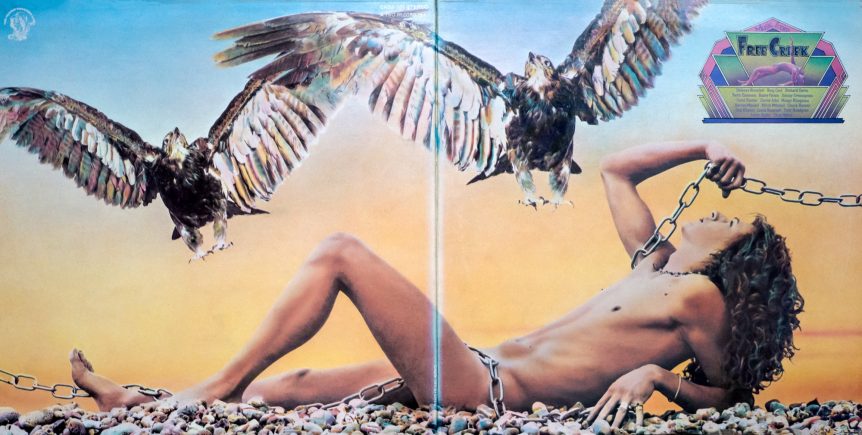 Unusually, this is a music post – although with many connections to photography – not least as I couldn’t find decent images of the album liner notes online (without a huge amount of fiddling about), so I took photographs of my copy of the vinyl record which I have had since its release in 1973.

The album Music From Free Creek is essentially one long series of jam sessions, featuring one of the first supergroups of artists, although recorded in sub groups at different times. Eric Clapton and Jeff Beck (named as King Cool and A.N. Other for contract reasons), Linda Ronstadt, Keith Emerson, Todd Rundgren, Dr John, Mitch Mitchell and many more all feature. The album is a double, released in 1973, although the music was recorded at The Record Plant, New York City from June – August 1969.

I am not a music critic, though it seems to me that the artists were having fun, jamming with each other, and the production is ‘neutral’, in the sense that the music flows through. It is a classic.  Naturally some tracks are better than others, though it’s hard not to like any of those featuring the names noted above. Cissy Strut, with Jeff Beck is brilliant. The recording sessions featuring the artists were spread across the album rather than laid down as blocks. I especially like the Linda Ronstadt tracks, which include ‘He Darked The Sun‘, and Keith Emerson’s virtuoso keyboard playing (without too much pretentiousness!).

This is also a post about the power and suggestive ability of social media. I went back to this album having been challenged to post 10 vinyl albums which most influenced my taste in music – has to be 60s and 70s I am afraid. It triggered my digging.

Then, this is an art and photography post. The album sleeve was designed by Hipgnosis, arguably the best and most successful album art group of all time. This British design firm was founded by Storm Thorgerson and Aubrey Powell.  Their first cover was Pink Floyd’s 1968 A Saucerful of Secrets and their last was Led Zeppelin’s Coda, 1982.

James Stafford has put together a nice page featuring all of the Hipgnosis album designs. There is also a great book ‘Total Records: Photography and the Art of the Album Cover‘, from Aperture (details below) which features some of Hipgnosis’ work, and many others.

The firm blended photography and painterly graphics in unusual ways, and photo-montage was their stock-in-trade. 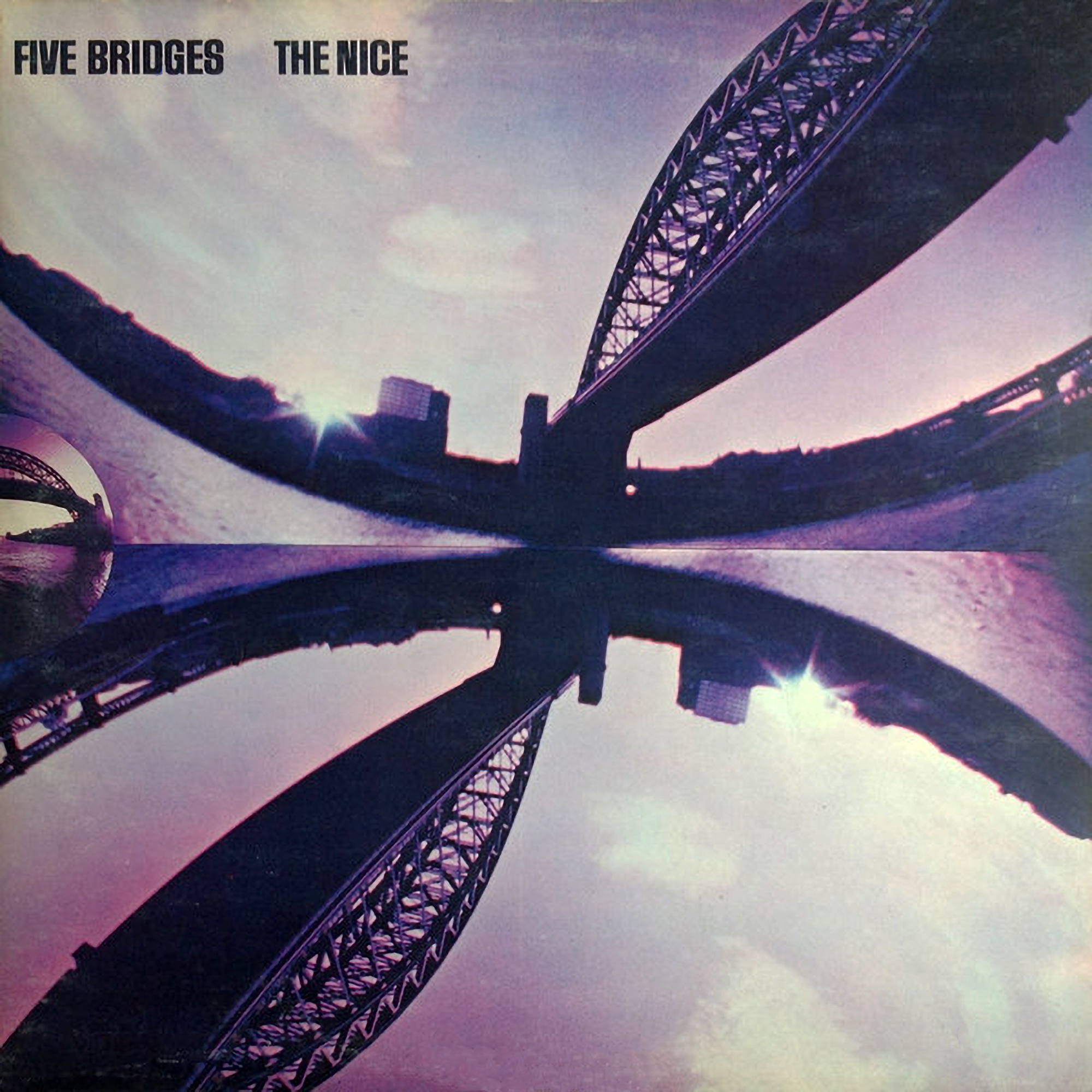 Hipgnosis designed all of Pink Floyd’s early album covers, with perhaps this being the most iconic, photographically. 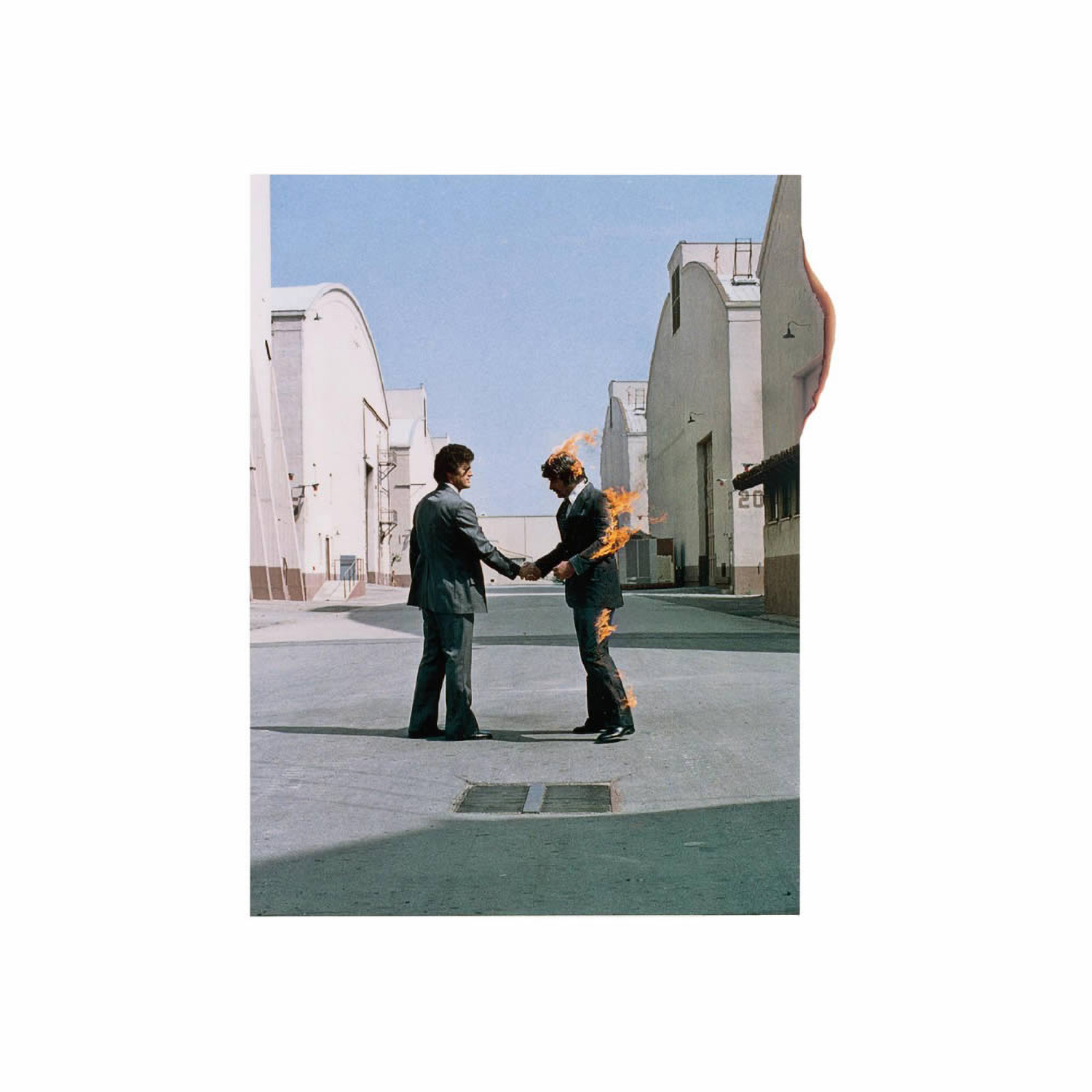 Pink Floyd. 1975. Wish You Were Here. Cover by © Hipgnosis. Photo by Aubrey Powell. 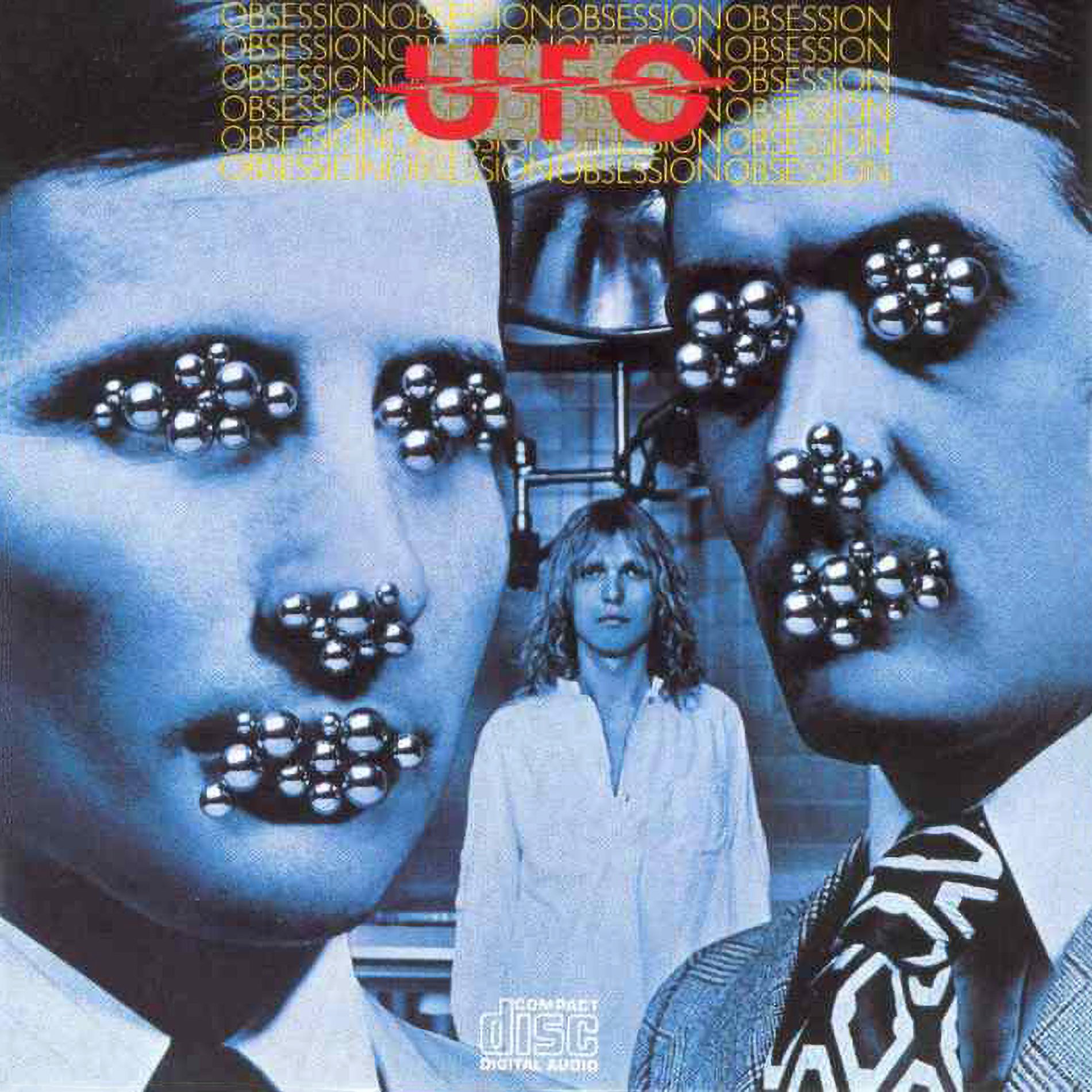 This artwork, for Led Zeppelin’s 1973 Houses of the Holy, remains controversial to this day, as it is featuring naked young children. 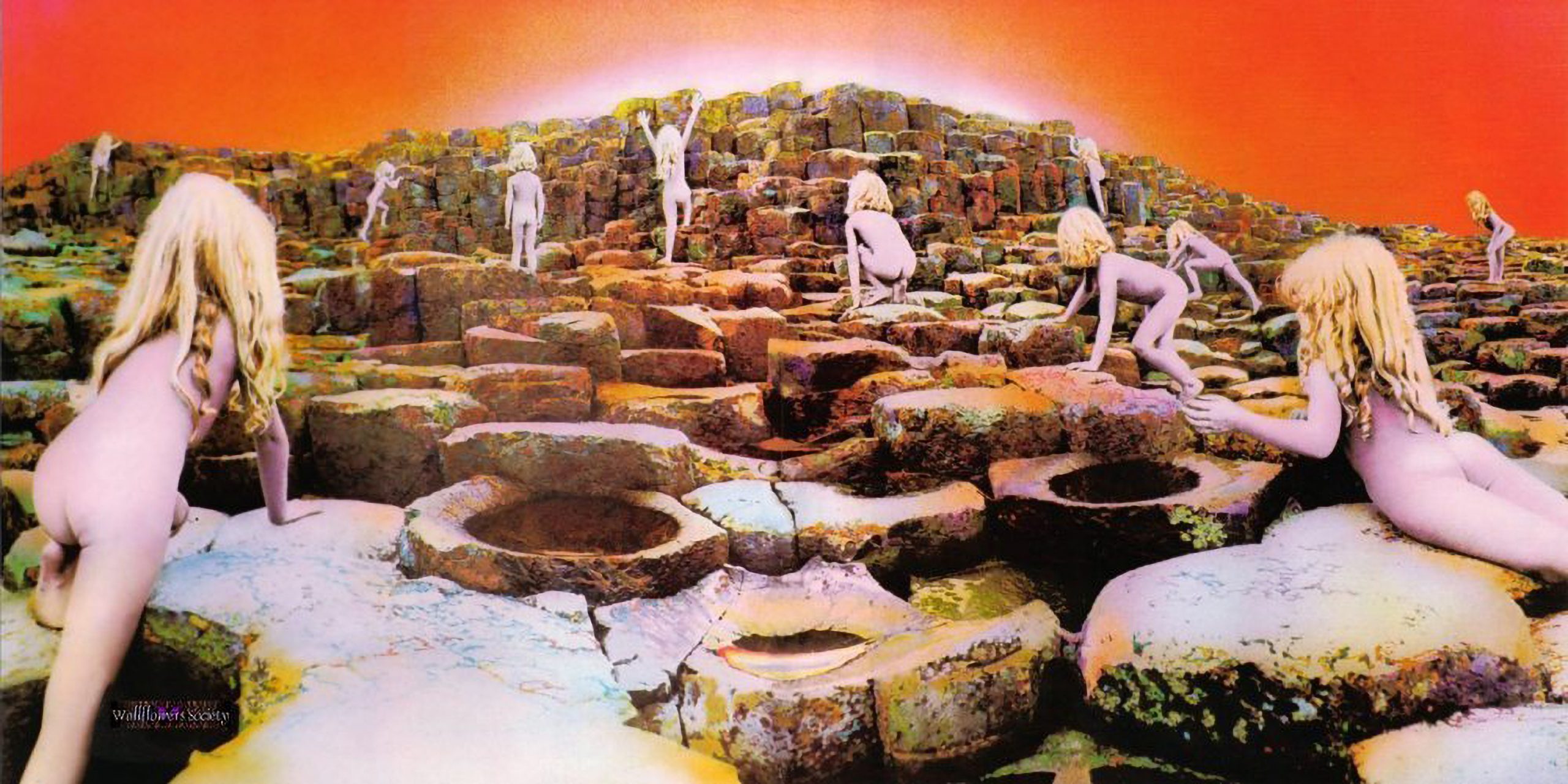 The photos, originally shot in black and white, featured two children, Stefan and Samantha Gates, and were subsequently collaged. Stefan was 5 at the time, and is now a TV personality.

Finally, the Free Creek album illustrates the power of narrative.

Two alternate universes are described as to how the album was made. One, with huge effort and planning – and repercussions.

‘I suppose if I told you that this album cost 1/4 of a million dollars to make … that practically all of it comes out of jamming, without any arrangements … that we made up most of the tunes on the spot off the top of our heads … that it took so long to get together that some of the stars playing on it became nobody, and some of the nobody’s became stars … that at least two major rock /n roll musicians asked to be on it after the fact, and we had to turn them down … that the work of over 300 people is embodied in the album, and only  3 won’t let us use their names … that LINDA RONSTADT is no long speaking to me …’

The other, by chance.

‘So okay … this is how it happened. One night, I think it was a Monday, and it was April, about 50 of us, including many of the world’s leading musicians, happened to bump into each other on the corner of 51st St and Park Avenue in New York City. We had nothing to do, and we all had our axes and the like with us, so we decided to go over to Madison Square Garden. Much to our surprise, Madison Square Garden was empty that night, so they invited us all in, and said why don’t you record a big super session album, seeing as the RECORD PLANT remote truck is still cleaning up, after recording the GRAND FUNK RAILROAD over two months ago …”

Judge for yourself the power of words and how they add to both images and music. Imagine the scenes when the music was recorded in each scenario.

Here are the full notes – click to read the words properly. 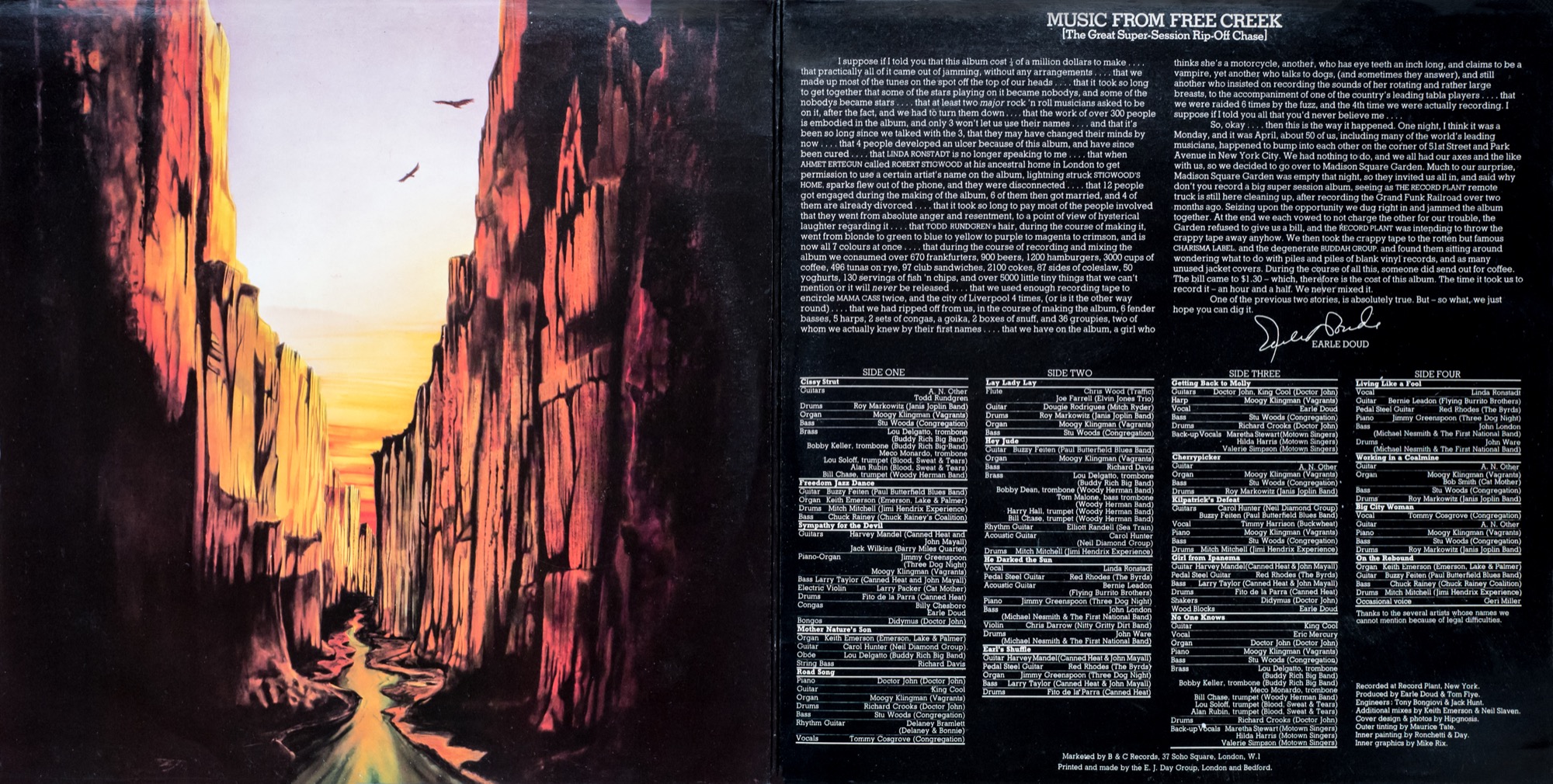 So, a fascinating conjunction and blending of music, photography, text, storytelling and graphic design. A slice of history.

Perhaps, though it all does underline the power many of us see in Vinyl records. Not just the sound, but the tactile quality of an album, and the physical ‘real estate’ which allows story telling and art to be properly developed. That’s not something one can experience the same way with streaming music, no matter how hi-fi the sound.

Here’s a good review from johnkatsmc5.

The recordings were made in 1969, and released in 1973 – in the UK by Charisma Records and in the U.S. by Buddah Records.

Released on CD by Lake Eerie Records in 2002, and re-released by the same company in 2006.

A1. Cissy Strut
A2. Freedom Jazz Dance
A3. Sympathy For The Devil
A4. Mother Nature’s Son
A5. Road Song

C10. Getting Back To Molly
C11. Cherrypicker
C12. Kilpatrick’s Disaster
C13. Girl From Ipanema
C14. No One Knows

Personnel, from Surfing the Odyssey:

3. Getting Back To Molly

4. Working in a Coalmine

1. Sympathy for the Devil

3. The Girl from Ipanema

2. He Darked the Sun