I’ve always quite enjoyed Grundberg, not least because of his rather dismissive views on Camera Lucida, and his early championing of Cindy Sherman. Ingrid and I first saw her work in ’82, at the Stedelijk in Amsterdam, and last in 2019 at the Tate.

We always found her interesting as her ‘film stills’ borrowed heavily from structured movie imagery (which in many ways had rules and which allow the viewer to ‘see’ what Cindy was doing). A ‘post-modernist’ for sure, but with a rather traditional photographic vocabulary. In an interview with Els Barents for the catalogue of the 1982 show, Sherman explained:

‘The black-and-white photographs were more fun to do. I think they were easy partly because throughout my childhood I had stored up so many images of role models. It was real easy to think of a different one in every scene. But they were so cliché that after three years I couldn’t do them anymore. I was really thinking about movies, the characters are almost typecast from the movies. For the woman standing in front of my studio door (plate22), I was thinking of a film with Sophia Loren called ‘Two Women’. She plays this Italian peasant. Her husband is killed and she and her daughter are both raped. She is this tough strong woman, but all beaten-up and dirty. I liked that combination of Sophia Loren looking very dirty and very strong. So that’s what l as thinking of. 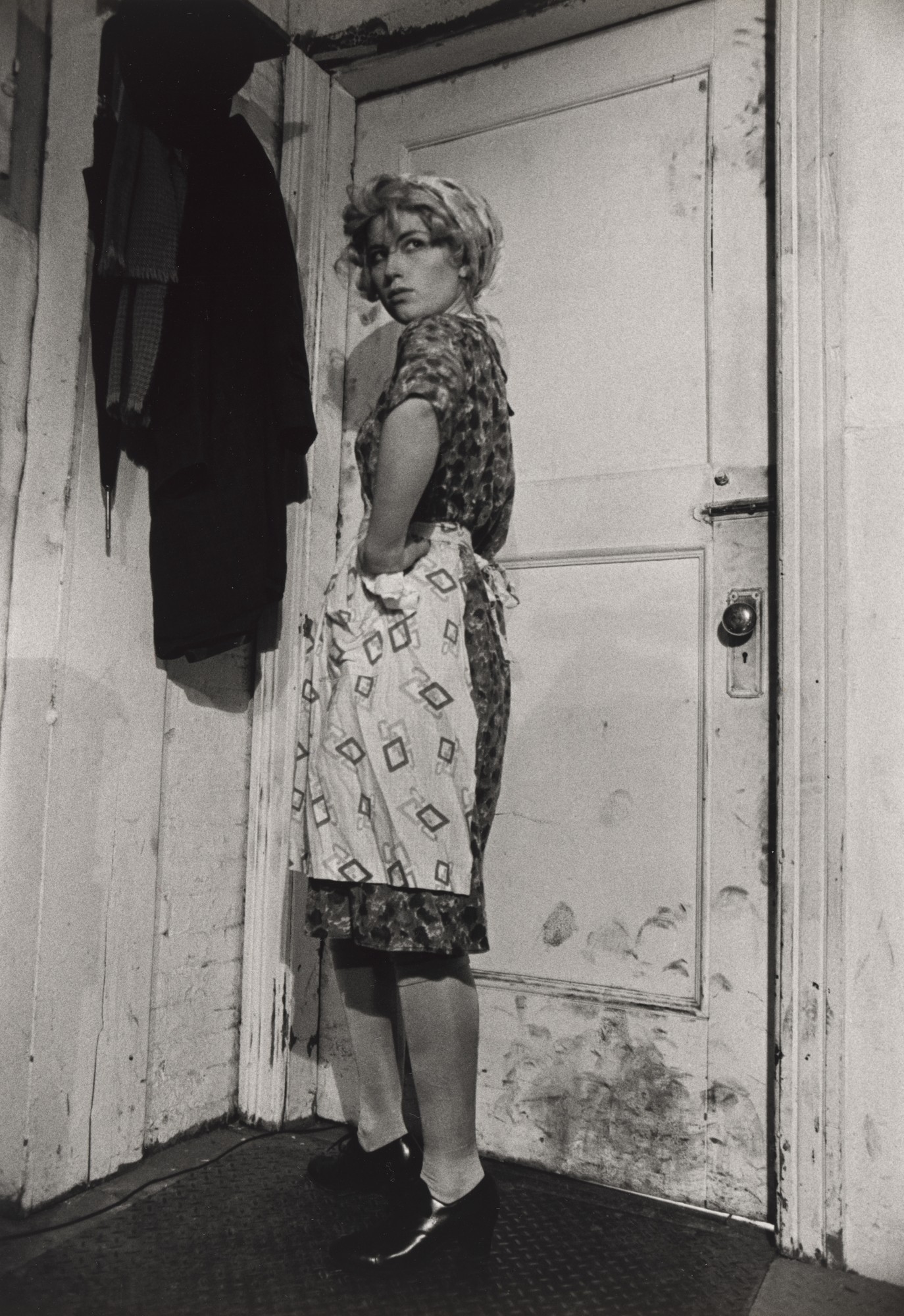 This book is a good read, and does a nice job of tracing the development of photography in the USA, moving from the New York Expressionists (Jackson Pollock et al), through Pop and into conceptualism / post-modernism, which is where Sherman was given a major role. The book closes with Neo-Expressionism – Julian Schnabel, David Salle and co – with the 80s ‘revival’ of painting and ‘figures on ground’ in reaction to conceptual art. Grundberg places photography as both central and indeed essential to these trends in art. But the book left me with an odd feeling of ‘missing some thing’ which is a bit bewildering. I think more than anything I had to read it as a biography rather than some new, cultural exposé, as, although Grundberg offers much detail,  most of the historical material is well travelled.

Two points stand out though. First, he correctly suggests that ‘isms’ are over, including post modernism. Creativity is ‘in’, in a myriad of forms, rules or not.

And second, for someone so steeped in NYC, I was struck by how he closed his book with the Tate’s ‘Cruel & Tender’ 2003 show – late to the party but on point, I think. It was a great show and a breakthrough in the sense that it celebrated ‘straight   photography, with Walker Evans and August Sander as historical exemplars, moving the art world past ‘conceptualism’, literally by going backwards.

My takeaway was that the book doesn’t really add a huge amount to what others have written about trends in art and photography, but it is a good read of about an exciting period in time in art, and a confirmation that personal connections count a lot.

DEXTER, Emma. 2003. Cruel and Tender: Photography and the Real: The Real in the Twentieth-Century Photograph. London: Tate.