I learnt photography shooting film, and quite often still use it today. I find it a restful, more mindful way of taking photographs.

Years ago I had shot 120 film, in my simple Kodak, but I have never stepped towards Medium Format. Thanks to the MA (and especially Danny North), my interest in other formats has increased. Two weeks ago I was at the Frome Wessex camera fair. Having promised Ingrid that I was simply there to support the club, I found an immaculate Bronica SQ-A, with the Zenzanon-S 80mm F/2.8 lens, from Cameraworld. Boxed and totally mint, even the manual was unused. I have to say that their service and guarantees are exemplary, so a big thank you to their Managing Director, Jason Mitchell, who explained the camera functions really well.

It was a pretty easy decision to pick up such a beautiful object. The Bronica felt lovely in the hand, and it is extremely well built and finished.

Kodak Portra 400 is my preferred film these days, as I love the colour, which is still virtually impossible to duplicate in digital, and the film scans nicely. Thanks to Falmouth (last year’s F2F), I had although at the last F2F I had checked my iPhone App against a Sekonic, and it was very accurate.

In first using the Bronica, it took me a few minutes to figure out how to load the film, but the rest was wonderfully simple. There is a most satisfying ‘clunk’ when you press the shutter.

It’s fair to say that I have been blown away with the results.

I no longer have a darkroom, though I thoroughly enjoyed going back in time at Falmouth. So, for film I have been using a local firm to develop and deliver a quick scan. This time, I decided to send the film to Metro Imaging in London, on the strength of their reputation (and Danny’s recommendation). I asked for simple scans, which came back as processed JPGs, roughly 3mb each. 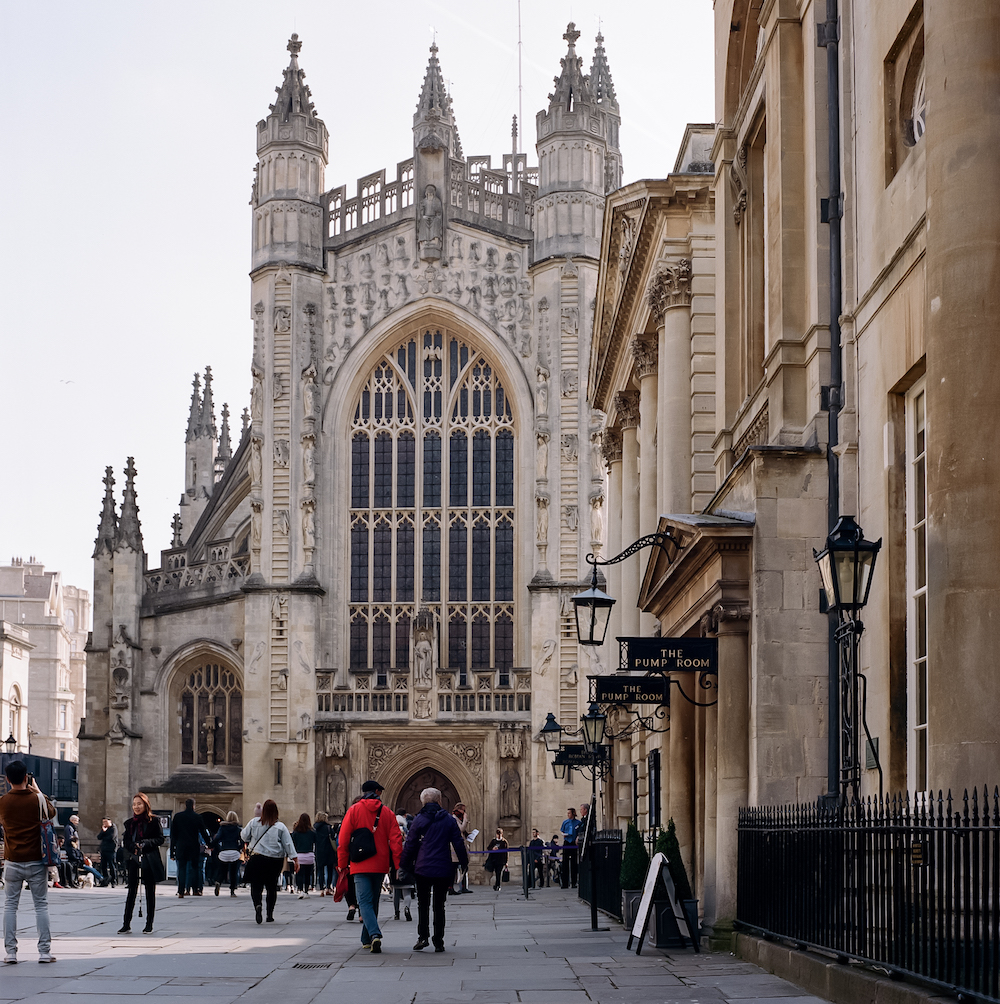 This image is exactly as I received from Metro. Very clean, nice colour, and  sharp. The original scan was 2000px square. The usual size I crop to is 3600px, and I found the scan enlarged beautifully in Lightroom, with no discernible loss in resolution. A useable image for social media.

However, I also scanned it, with a ‘flat’ setting, so that I could control the final result. I scanned to a  TIFF, 3600 resolution, which delivered a huge 300mb file. I finished the image in Lightroom for contrast, saturation and so forth. 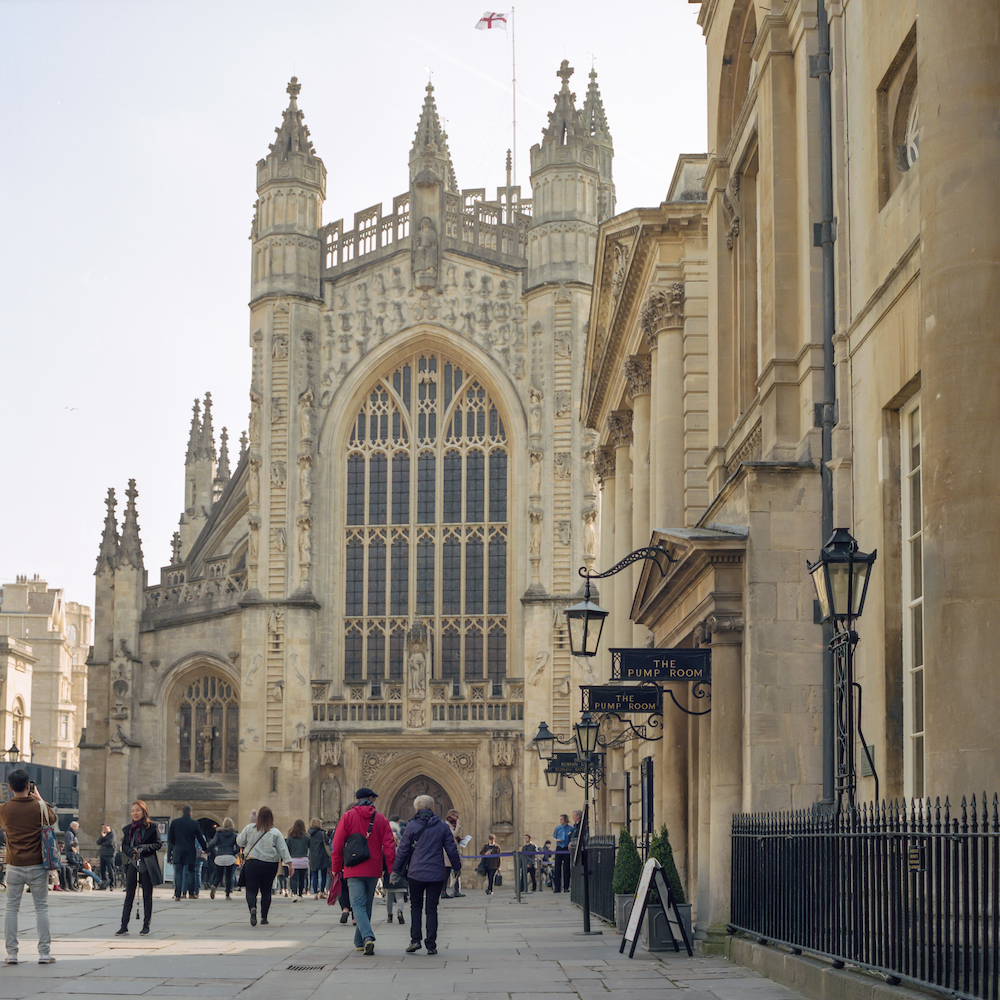 Next, I scanned to a JPG, rather than TIFF, which delivered a 5mb file. I processed it to get as close as possible to the TIFF image. 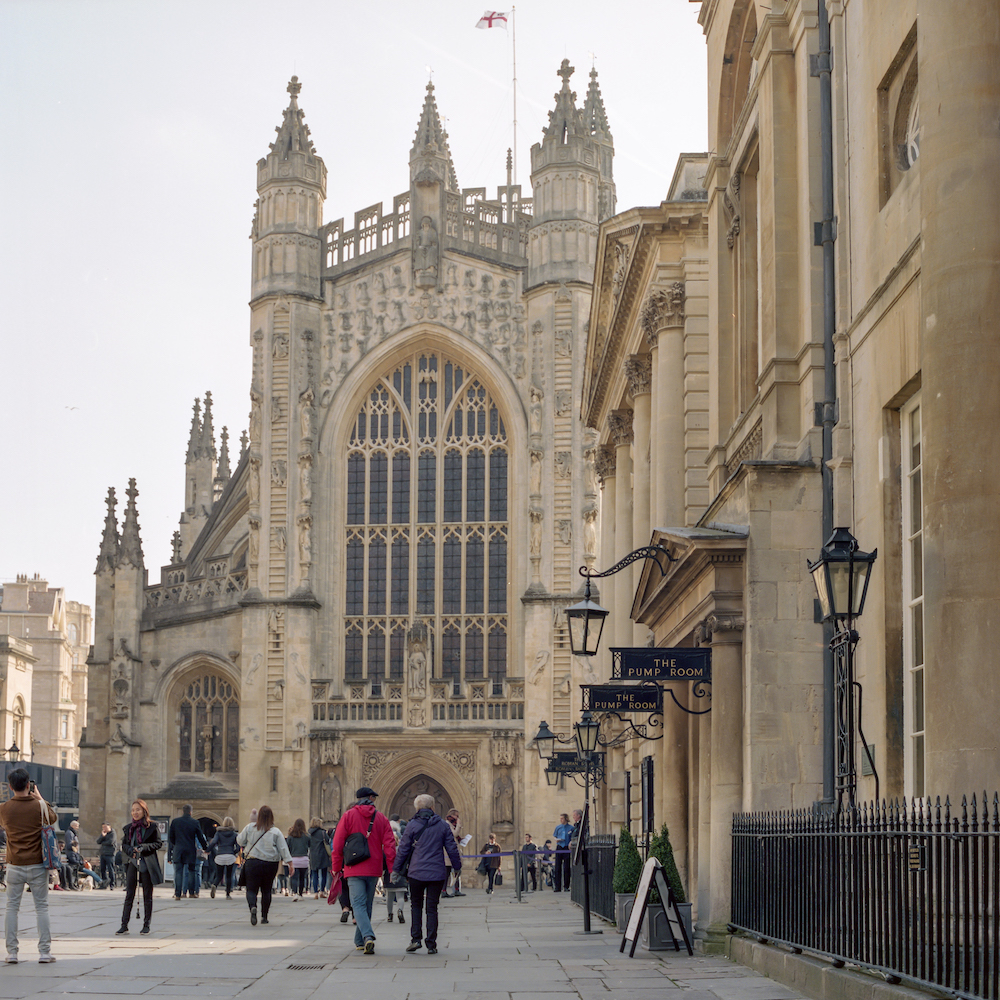 Another fine result, and whilst maybe not quite as subtle, there is obviously a very creditable trade off in storage space of 300mb versus 5mb.

In all I used 3 rolls of film, and I was very happy with the hit rate. The only errors were mine – mostly underestimating the shallow depth of field of the Zenzanon, but that is easy to watch-out for in future. Metering was good, and when I checked the images, nothing was more than a 1/2 stop ‘out’, so the photographs were very easy to post-process.

I created a series in the village.

As is to be expected, whilst some were better than others, the overall result for a first trial was most pleasing. I tried the Zenzanon near and far. 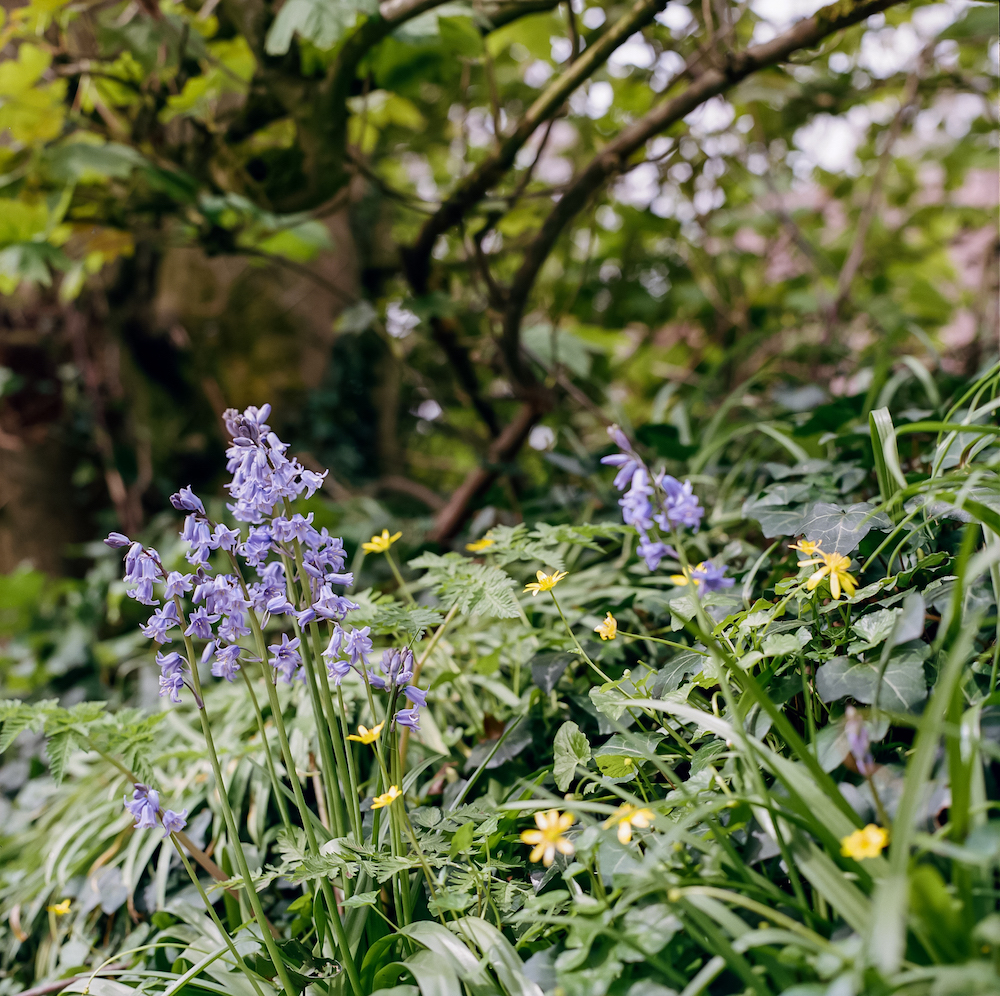 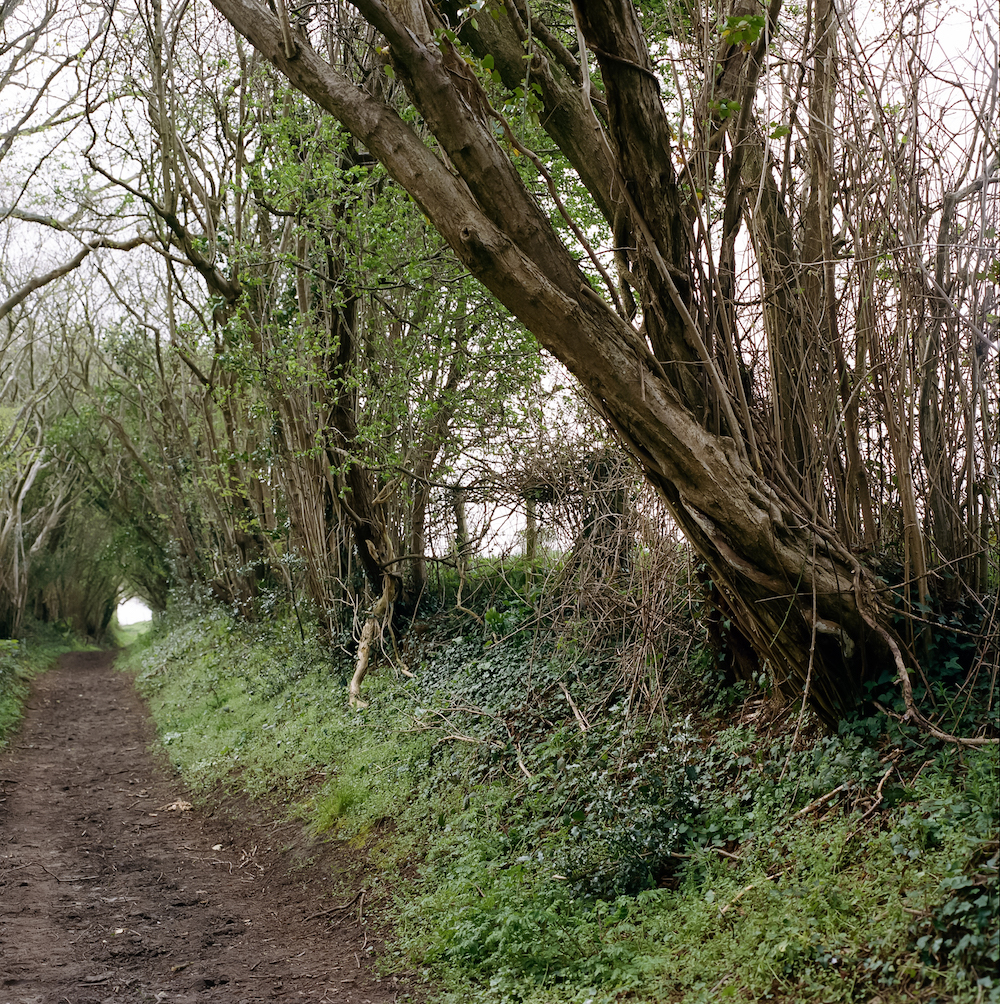 So what do I take from all of this?

Firstly, it is an excellent camera and lens choice. The Bronica is very easy to use, and the Zenzanon delivered first-class results, with a lovely, soft, circular bokeh. Shooting ‘square’ also took me happily back to my teenage years.

I have researched a little since buying, and I find it often referred to as ‘the Japanese Hasselblad’, or less kind, ‘the Poor Man’s Hasselblad’. I was also intrigued by the response I got to posting a couple of images online, as it resulted in a quite passionate discussion, with several people wishing they had not sold their kit.

Thirdly, why didn’t I do this before?

I really enjoy shooting film, and this offers some nice, new dimensions. I have added a 150mm F/3.5 to the collection, which, in mint condition, amazingly only cost £80. Now I am hunting for a 40mm F/4.

I am sure the Bronica will get a lot of use. In fact, I have already decided to bring it along to the Arles F2F.