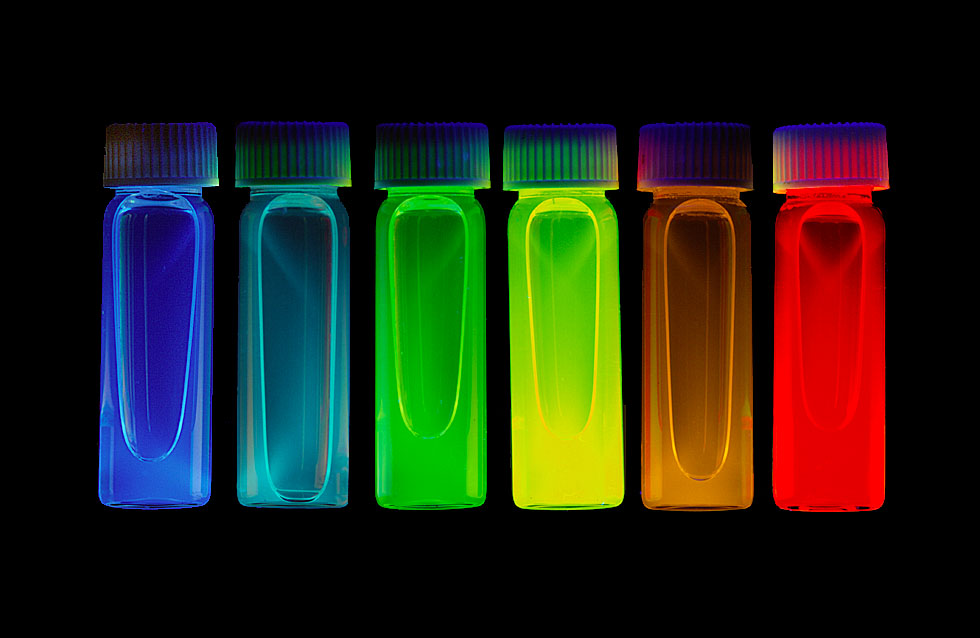 Coursework this week is to consider what discipline I feel photography of any kind has a particularly interesting or relevant relationship to.

I would like to look at photography’s relationship to scientific and engineering research, and perhaps even more importantly, to education in general, through the work of Felice Frankel.

When I first met Felice, almost 20 years ago, she was introduced as Artist in Residence at MIT. However, she better describes herself as a Research Scientist in the Materials Research Laboratory at MIT.

If you pick up Envisioning Science: The Design and Craft of the Science Image (MIT, 2002), every picture is superbly executed, informative – and just beautiful. The book is not just a compilation of her photographic work, but is built  as a teaching aid – for science photographers describing their research and findings, image makers to help grant proposals, designers and more. It is an interdisciplinary book, combining science, engineering, photography, teaching and writing. The book itself is beautifully crafted.

It is written from Felice’s role as both researcher and teacher. In the opening chapter, she suggests that she:

‘Photographing science is an act of discovery. It’s how I learn.’

There is a step-by step guide on Felice’ website on how she addresses projects at Learning as I photograph. The educator comes out when Felice notes in the chapter How to Use this Book:

This is not a book review, but even a casual look at it shows stunning imagery, macroscopic and microscopic. At each turn, Felice explains how she uses cameras and lighting, the science involved, as well as why she is creating the image.

Somehow she makes the images more than observations. In my opinion, they all have emotional impact, and draw the viewer into the subject matter, wanting to know more. Interestingly, Felice doesn’t want to be called an artist. From a New York Times interview (2007):

‘ When people call Felice Frankel an artist, she winces. In the first place, the photographs she makes don’t sell. She knows this, she says, because after she received a Guggenheim grant in 1995, she started taking her work to galleries. “Nobody wanted to bother looking,” she said. In the second place, her images are not full of emotion or ideology or any other kind of message. As she says, “My stuff is about phenomena.”

Phenomena like magnetism or the behavior of water molecules or how colonies of bacteria grow — phenomena of nature. “So I don’t call it art,” Ms. Frankel said. “When it’s art, it’s more about the creator, not necessarily the concept in the image.”

Her work is regularly featured on the covers of science journals such as Nature. In a recent MIT article about her, David Chandler writes:

‘Her latest work has involved combining a variety of photographic images into photo-illustrations that help to explain a process better than individual photos could. The latest journal covers have been examples of this approach’.

I will leave the last words to Felice, again from her website:

‘Making any representation, of any kind in science and engineering, is part of the process of understanding. I believe that creating visuals for the purpose of explanation should be part of the education agenda’.