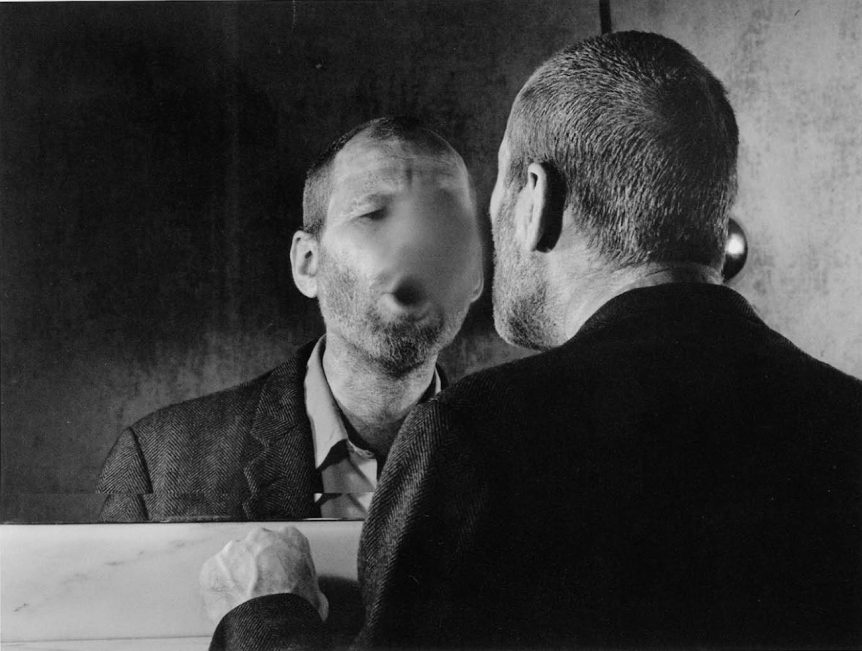 This week’s task: Post a brief commentary below that identifies the inherent characteristics and contexts of the ‘photographic’ nature of your own practice.

Specifically refer to at least one of this week’s case studies to critically contextualise your own work. For example: Demonstrate how your work emphasises the characteristics of a particular case study; Note how these case studies may not fully represent the full nature of the photograph within context; Demonstrate that certain characteristics are more / less important to your own practice within its intended context.

I believe photography to be a holistic enterprise, rather than an exercise solely in individual, newsworthy or ‘decisive’ images. Photography has also moved beyond a fixed, two-dimensional print, into the realm of moving pictures and networked images, propagated through time and space.

There is a triangle of subject-photographer-audience at work, whether in simple snapshots or complex photographic creations. And this triangle of necessity includes social and cultural context, making simple frameworks for critiquing images helpful but ultimately lacking. The same challenge exists with the critique of painting, of course.

That said, there is much power in Szarkowski’s and Shore’s frameworks, though less in Squiers, which, whilst ambitious on what is happening today in photography, seems to take a limited view of what it is.

John Berger, in Ways of Seeing, wrote that:

‘A reproduction, as well as making its own references to the image of its original, becomes itself the reference point for other images. The meaning of an image is changed according to what one sees immediately beside it or what comes immediately after it. Such authority as it retains, is distributed over the whole context in which it appears’. (Berger, 1972: 29)

And in the introduction to his William Eggleston’s Guide , Szarkowski noted:

‘Photography is a system of visual editing … it is a matter of choosing from among given possibilities, but in the case of photography the number of possibilities is not finite but infinite’. (Szarkowski, 1976).

Martika Sturken and Lisa Cartwright and extend this thinking to the viewer’s gaze:

‘The gaze, whether institutional or individual,  .. helps to establish relationships of power. The act of looking is commonly regarded as awarding more power to the person who is looking than to the person who is the object of the look’. (Sturken & Cartwright, 2009: 111)

In my documentary practice, creating and communicating a narrative is a focus. This requires the disciplines of a documentary strategy, image making, editing and so forth.

Beyond the images themselves, Berger also comments on the use (and value) of titles and descriptions, and Flusser considers the apparatus of photography to be fundamental – including social and cultural context, of subject, photographer and viewer.

I have noted elsewhere that understanding the cultural and social setting of the Cambodian Genocide is essential to create a respectful yet impactful narrative.

So, how does this all relate the Week 1 of Informing Contexts? Three frameworks were reviewed.

John Szarkowski, in The Photographer’s Eye offered five criteria to begin to analyse and critique a photograph. He commented on photography’s ubiquitousness and ease of execution, and he uses images since the invention of the medium to illustrate his point. In his preface, Szarkowski states:

‘These issues do not define discrete categories of work; on the contrary they should be regarded as interdependent aspects of a single problem’. (Szarkowski, 1966: 7).

I find all of these thoughts helpful, not just as I take pictures, but also as I critique and describe them. My Cambodian project relies heavily on documentary detail and framing, as well as editing to create a narrative.

Beyond the making of photographs, I also used Szarkowski’s framework in a recent group critique session. Having a mental model with which to both critique and explain is fundamental to teaching at all levels.

That said, I find that the five points could apply to painting as well. There does not seem to be anything unique to photography here, with the possible exception of timing, which is intrinsic to the physical action of a camera. So, Szarkowski’s Five Points are necessary but not sufficient.

I find Barthes idea of the punctum helpful, though that also could apply to paintings in many cases. For me, Rothko has a most profound punctum.

Barthes earlier work on the photogenic (Image Music Text) is perhaps more appropriate. He suggests that an image holds a potential paradox, as it contains the co-existence of denotation (a message with no code – its reality) and connotation (a rhetorical code within the image – its meaning). Barthes continues by explaining that photographers add meaning to their images by using what he calls ‘connotation procedures’, which he lists and which is (for him) a very practical framework.

It is also worth noting another post-modern thought process. From Boris Kossoy’s essay Reflections on the History of Photography, in Joan Fontcuberta’s Photography, Crisis of History:

‘So it is that Newhall, Gernsheim and other writers have all suffered from the same errors, in their failure to link the history of photography to the socio-historical context. What we do have are photographic facts decontextualized from their social reality.The result is that the images which illustrate their books are divorced from the conditions of production that gave rise to them’. (Fontcuberta, 2002: 102).

Stephen Shore, in The Nature of Photographs, builds on Szarkowski’s framework, extending the physical into the mental (and emotional).

Shore touches on flatness, a point not fully explored in Szarkowski, yet obvious when one mentions it.

However, in today’s networked and social world, images take on all kinds of lives, often finding new meanings as they propagate through the technological space, and as they do so over time. Shore does not explore this issue. Any photographer working today, especially in a documentary space, must have at least a perception as to the possibilities or implications of this fourth dimension.

In this, Shore is touching on how change processes work, through learning, assimilation, action and new learning. I find this a most refreshing attitude to photographic critique, given the rather introspective nature of some of the ‘greats’ such as Sontag.

Going back to my initial comment on the holistic nature of photography, I can see parallels here with my work over the years on leadership and change. 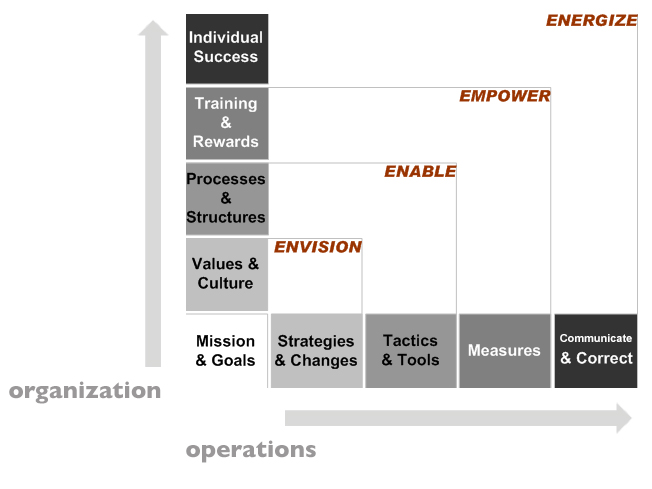 For quite some time I have used a model with two dimensions – the operational and the organisational. The technical and the human. Along each dimension, the activities of a leader move from vision – to strategies – to execution – and eventually to empowerment of the organisation at large.

This seems comfortably close to the idea that a photographer (and indeed any artist) follows a similar path – from vision, creative strategies, executional frameworks, and audience engagement. Not all consider both axes, of technical activity and audience involvement, however.

Still, none of this intrinsically gets at the nature of photography itself. Perhaps I am searching for some kind of ‘unified field theory’ for photography?

Carol Squiers curated the What is a Photograph? show at the International Centre of Photography in New York, in 2014. Of the three approaches reviewed, I find this the most lacking. Unless I am missing something, I cannot see a solid theoretical core to Squiers curatorial decisions, other than the desire to show how the photographic surface is in transition, and then in a rather incomplete fashion.

In an interview with Rachelle Sabourin (2104), Squiers commented:

‘I think the whole notion of technical standards within photography has flown out the window, and that’s part of what’s so interesting about what’s going on now. The digital has thrown everything up to question, and part of what the show looks at is how artists were doing that – even before the digital – and made this impact on photography. So it’s a kind of a continuity between people who are manipulating Polaroids, or painting on photos, or doing strange things with chemicals in the darkroom. Before the digital made this impact, it was always that ambition to open up the photo to different kinds of expression’.

That is of course partly true. Digital has impacted photography. But as Squiers intimates, photographic understanding and exploration has been in constant motion since the medium’s invention in the 1830s. She is thus picking on an important aspect of current development, but missing so much more.  For example, I do not understand why she says bluntly that ‘technical standards .. have flown out of the window’. For some photographers, this remains a very important issue. Constructed tableaus (Crewdson) or large scale work of social importance (Burtynsky, Gurtsky et al) all are executed to high technical standards.

And the debates on ethics in news photography show standards in the face of manipulation and dishonesty to be alive and well. This has bearing on my work, as I deal with Genocide, a subject too easily covered in a trite or insensitive fashion.

So, in summary, for my practice I find these frameworks helpful and instructive. But I view them as necessary and not sufficient.

I can see much research and thinking ahead in the coming months.

Header image: Dieter Appelt, 1977, The Mark on the Mirror That Breathing Makes. From Shore’s The Nature of Photography.

SABOURIN, Rachelle. 2014. Curator Carol Squiers Answers the Question “What Is a Photograph?”. Available at: https://www.complex.com/style/2014/01/curator-carol-squires-on-what-is-a-photograph-at-icp/ (accessed 30/01/2019)

SQUIERS, Carol (Ed.). 2014. What is a Photograph? New York: International Center of Photography.