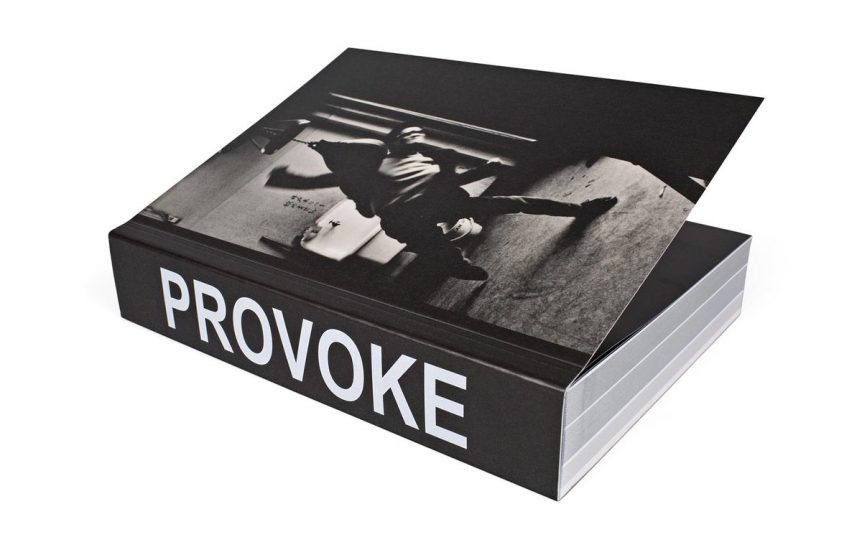 The Japanese photo magazine ‘Provoke’ only published three issues, in 1968 and 1969. It was a rejection of many of the then-prevailing ‘global’ photographic norms. And it uniquely caught the 1960’s era of protest against American military bases on Japanese soil, Tokyo’s Narita airport extension and more. It also reflected growing Japanese confidence and self-identification after WWII.

From the Provoke Manifesto, Issue 1:

‘Visual images are not ideological themselves. They cannot represent the totality of an idea, nor are they interchangeable like words. However, their irreversible materiality – fragments of reality snapped by the camera – belongs to the obverse side of the world of language. photographic images, therefore, often unexpectedly provoke language and ideas. Thus ethical photographic language can transcend itself and become an idea, resulting in a new language and new meanings.

Today, when words are torn from their material base – in other words, their reality – and seem suspended in space – a photographer’s eye can capture fragments of reality that cannot be expressed in language as it is. He can submit those images as documents to supplement language and ideology. This is why, brash as it may seem, Provoke has the subtitle, ‘provocative materials for thought.’

Provoke imagery was not just about a particular aesthetic. It was an attempt to reframe the use of photography to capture the ‘real’, rather than use it as a method of expressing personal feelings or interpretation of scenes in front of the photographer. It aimed to use the camera as an ‘automatic’ device to capture the scene and create a new aesthetic. Politically, it aimed to replace symbol-heavy capitalist imagery with the ‘scientific’ and objective. Provoke was thus about new ways of using photography to understand the world.

Philip Charrier considers that Taki was the prime mover, theoretically, and that he set out two ‘structuralist’ foundations.

‘The first of these concepts, kankyō (environment), was developed to theorise the process by which conventional photographic imagery is dominated and transformed by the broader ideological environment. According to Taki, ruling state and capitalist interests enjoyed hegemonic control over all public forms of material culture in Japan, with the result that the ‘meaning’ of any individual object or production is always co-opted to serve those interests. Linguistic signs thus automatically become messages that underwrite the status quo. Here kankyō shares important commonalities with the later notion of fūkei (landscape), which became the basis of the Japanese ‘landscape film’ (fūkei eiga), and ‘landscape discourse’ (fūkeiron).

The second of Taki’s foundational ideas is his Barthesian theorisation of a ‘deconnoted’ or ‘codeless’ photograph that transmits meaning sublinguistically.9 Such an image, Taki asserts, is plain and accidental. It is a product of surrendering creative action to the camera, and has the semiotic power to dispel the illusory reality shrouding elite manipulation of society. As will be shown, it was the expectation of producing ‘codeless’ photographic imagery that made Provoke such a deeply serious endeavour. Taki and Nakahira, in particular, regarded such photography as a kind of X-ray machine, a weapon that could unveil the ruling elite’s ‘invisible’ ideological domination of Japan’s socio-cultural circumstances’. (Charrier, 2017, Taki Kōji).

Arguably, and ironically though, it is the distinctive aesthetic of ‘are, bure, boke’ that sits in our modern memories. 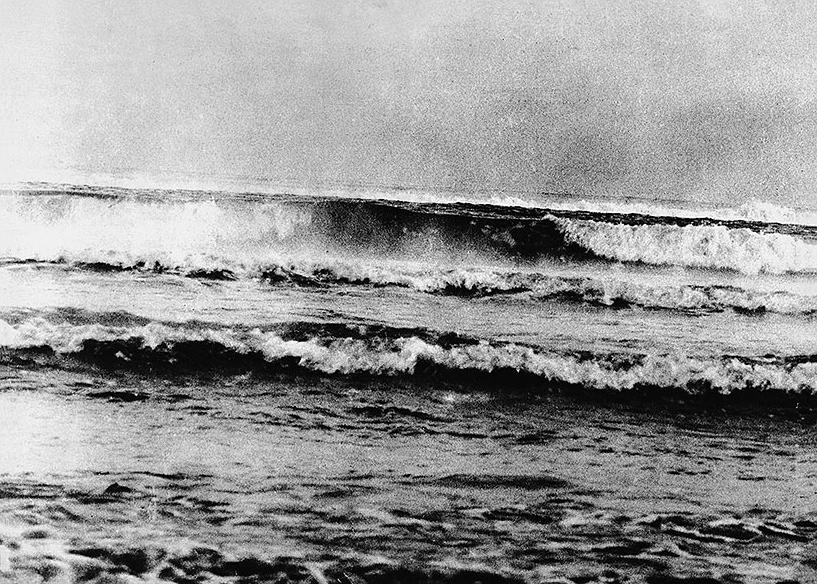 Takuma Nakahira. 1972. From A Language to Come.

This follows directly from the Japanese forbears of the Provoke movement, who were attempting to define Japanese photography during the nation’s struggle for post war / post atomic bomb self-identification. Japanese photographers rejected the notion that there was a clear distinction between ‘art’ photography and documentary, preferring instead to combine these ideas as they explored Japanese identity. Shomei Tomatsu, (1930-2012) was a leader in this ‘subjective documentary’.

Provoke is a photographic movement seeing photography as an action, a photographic experience rather than an objective documentation of the ‘real’. The movement also incorporated the power of performance – in Japan, performance is a central aesthetic and cultural value, witness the tea ceremony.

Many of  Japan’s most influential photographers – including Daidō Moriyama and Nobuyoshi Araki – were just getting started in the Provoke era. In fact, Tomatsu introduced  Moriyama to Takuma Nakahira, a co-founder of Provoke, in 1963.

From the Nitesha website, announcing a complete reprint of all three issues of Provoke (2018):

Provoke was first published in November 1968 as a dojin-shi, or self-published magazine. It was originally conceived by art critic Koji Taki (1928-2011) and photographer Takuma Nakahira (1938-2015), with poet Takahiko Okada (1939-1997) and photographer Yutaka Takanashi as dojin members. The subtitle for the magazine was ‘Provocative Materials for Thought’, and each issue was composed of photographs, essays and poems.

After releasing the second and third issue with Daido Moriyama as a subsequent member, the group broke up with their last publication ‘First, Abandon the World of Pseudo-Certainty’ – an overview edition of the three issues.

PROVOKE: Between PROTEST and PERFORMANCE (2017) is the catalogue from a travelling exhibition – and features all three copies of the Provoke magazine. It is a compelling work, almost 700 pages long.

Takuma Nakahira (1938-2015), to who the book is dedicated, was both a talented photographer and an acutely influential photography critic.

Whilst Szarkowski was re-framing Eugene Atget as an ‘artist’, in a modernist style, Takuma Nakahira, in many ways the political leader of Provoke, saw him as attempting to create images with personal transparency – almost non-style – just as Provoke was trying to do. As Gerry Badger notes, however:

‘The grain-and-blur offhandedness of the Provoke style was an attempt to get close to Atget, to produce a kind of automatic photography, drained of individual expression. But for many the Provoke ‘aesthetic’ was quite the opposite. It was a naturally expressive style, and furthermore, one redolent of the frenetic pace of contemporary Japanese metropolitan – that is, Tokyo life’. (Badger, 2019).

Provoke imagery was motion, instant, urban and diaristic. As I view the images, and the sequence of them, I can ‘smell’ the street – its energy, rawness and contradictions. 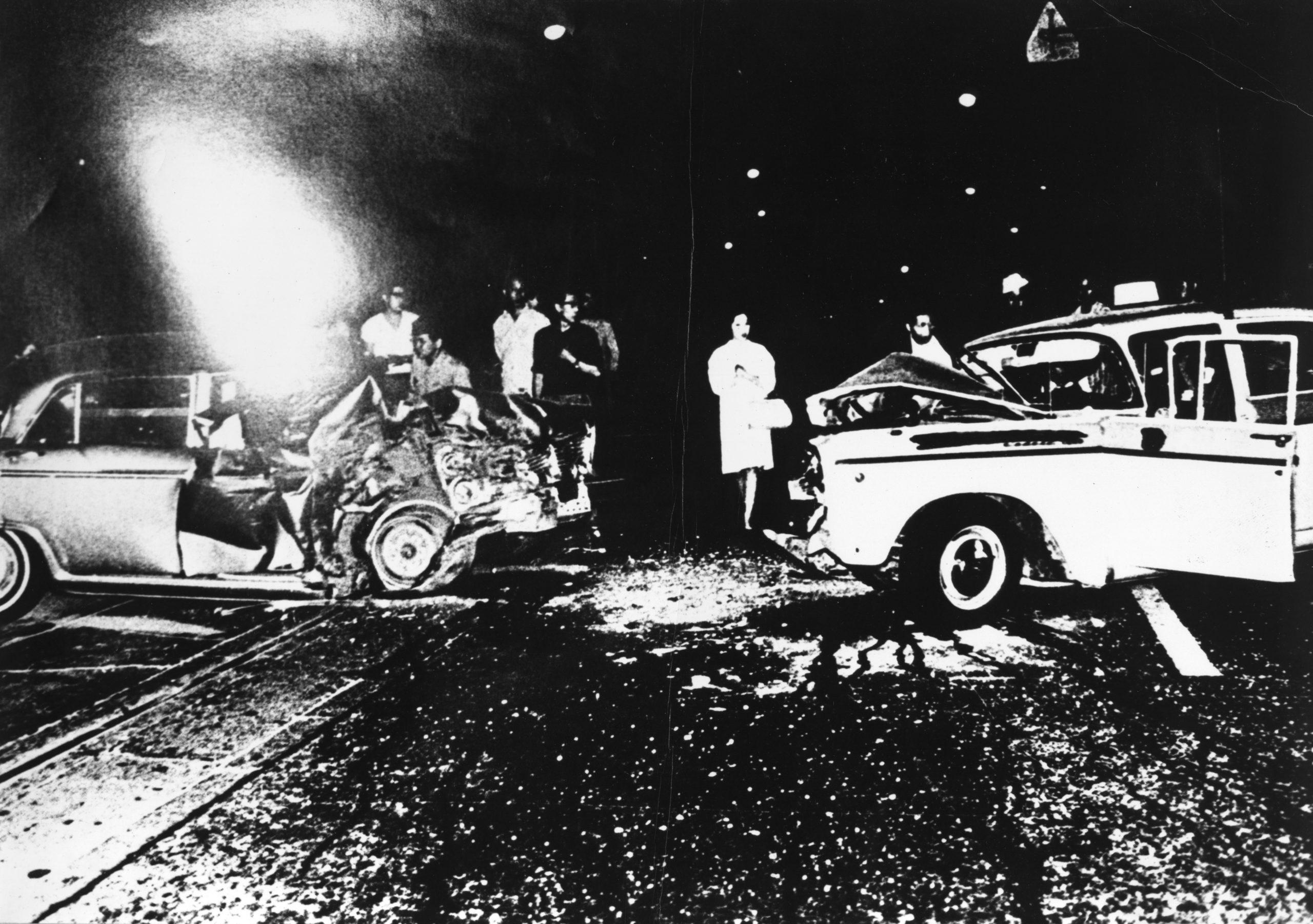 After being part of the Provoke group, between June 1972 and July 1973 Moriyama produced his own magazine, Kiroku. This was later referred to in English as Record, and is an ongoing diaristic journal of his work.

Ten years ago he was able to resume publication of Record, and to date he has published thirty seven issues.

In studying PROVOKE: Between PROTEST and PERFORMANCE, there is much to ponder. In fact, a first look seems chaotic and overpowering. Where is the story? What is the message? How are images, poetry and essays linked?

“… photographs deviate from actual objects. Taking advantage of this deviation, we are able to illuminate the hidden meanings of objects.

In other words we can strip away the veneer from objects and people. This paring down does not occur from mere gazing. It is made possible because photography operates as a mixture of human and machine, and consequently transcends human perception to reach level of consciousness.”

From ‘First, abandon the world of Pseudo-Certainty: Thoughts on photography and language’, edited by Köji Taki and Takuma Nakahira, p 211. 1970. Tokyo: Tabata Shoten.

“The [Provoke] group’s founder members (like the protesters) showed dissatisfaction with consumer capitalism, a society saturated with mass median and the uncontrolled transformation of urban space’.

‘Members of the group acted to take apart subjectivity and to keep photography, and language, in a  state of flux: words and images perpetually in formation – as a means to ‘provoke’ a world dominated by information’.

Essay in the book: Provoke: Photography up for discussion, by Matthew S. Witkoswky. 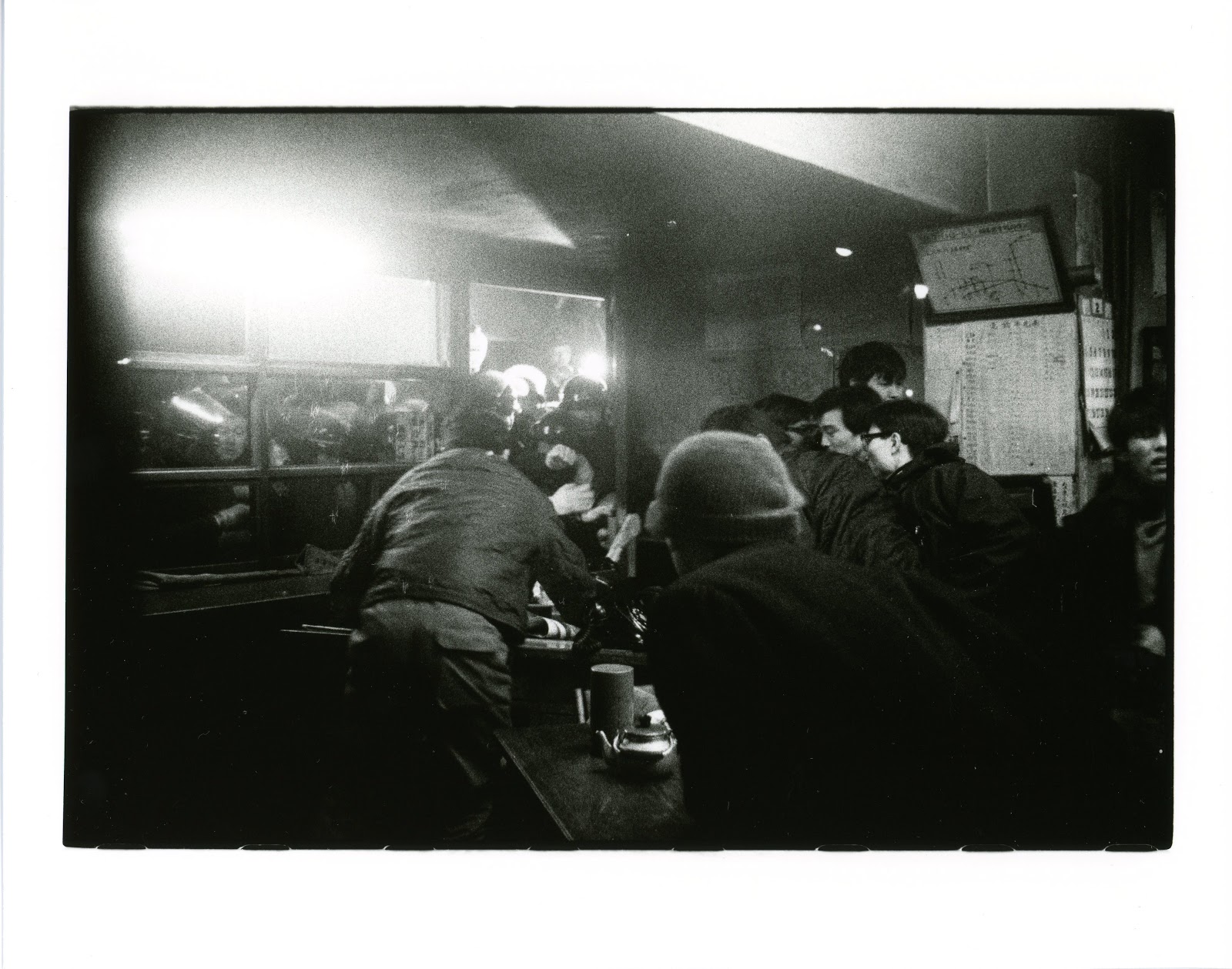 William Klein was a direct influence on Daido Moriyama, via by Klein’s book, Life is Good & Good for You in New York, first published in 1956. This first introduced the idea of grain, blur and movement to capture the energy of the city. Moriyama wrote an essay in 1980 after visiting Klein in Paris. It is titled ‘Finally I Meet William Klein, Whom I Can’t Get Out of My Head’.

“William Klein’s work [in New York, 1955] differs from that of Cartier-Bresson and Robert Frank in one key respect: Klein thinks of photography as a method of searching and recognising, as a plan for adventure in an endless world.

Cartier-Bresson and Frank think of it as a means of direct expression of a specific view on thc world or on life, such as the viewpoint that people are lonely and miserable”. 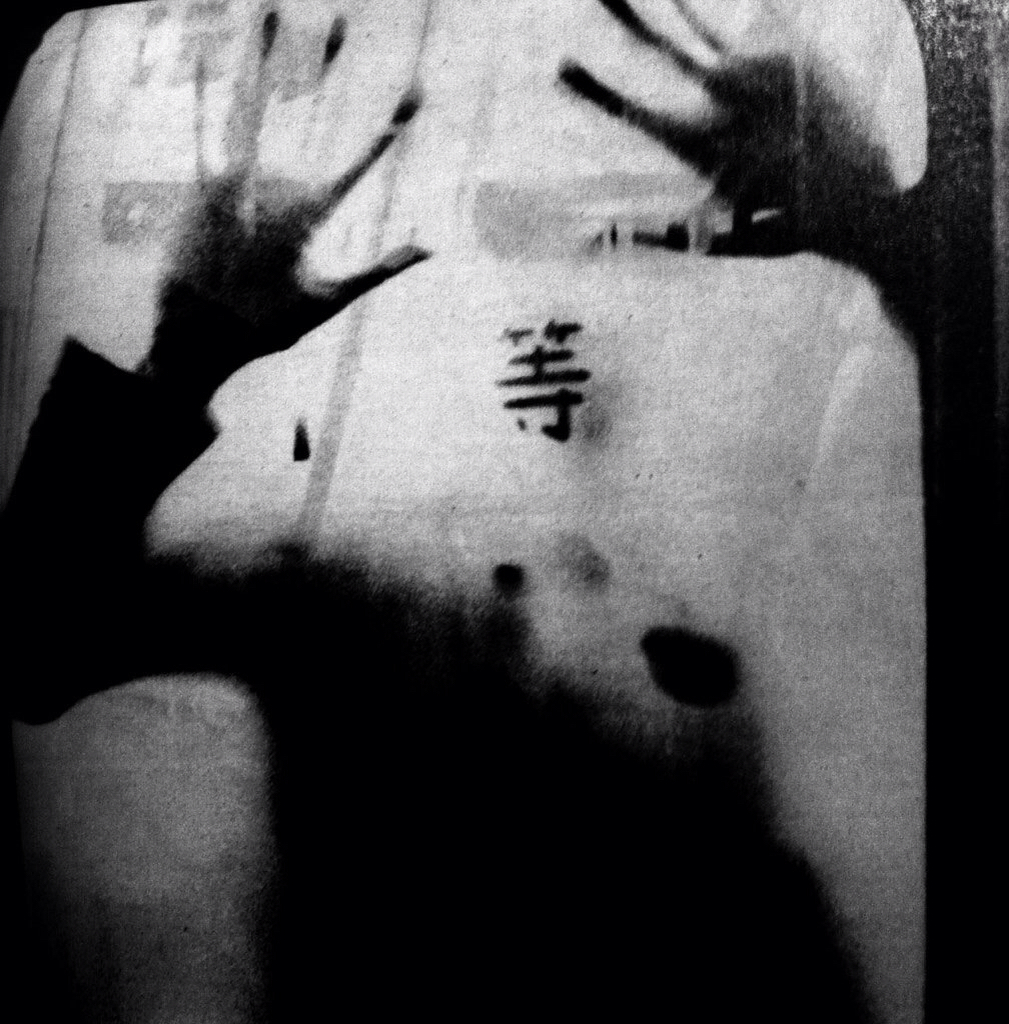 ‘Nakahira’s blurry images are not a simple disregard for the conventions of photography, but rather a conscious effort to reveal the unconscious as he takes the ingrained idea of what something is and turns it on its head’. (Lederman, 2012). 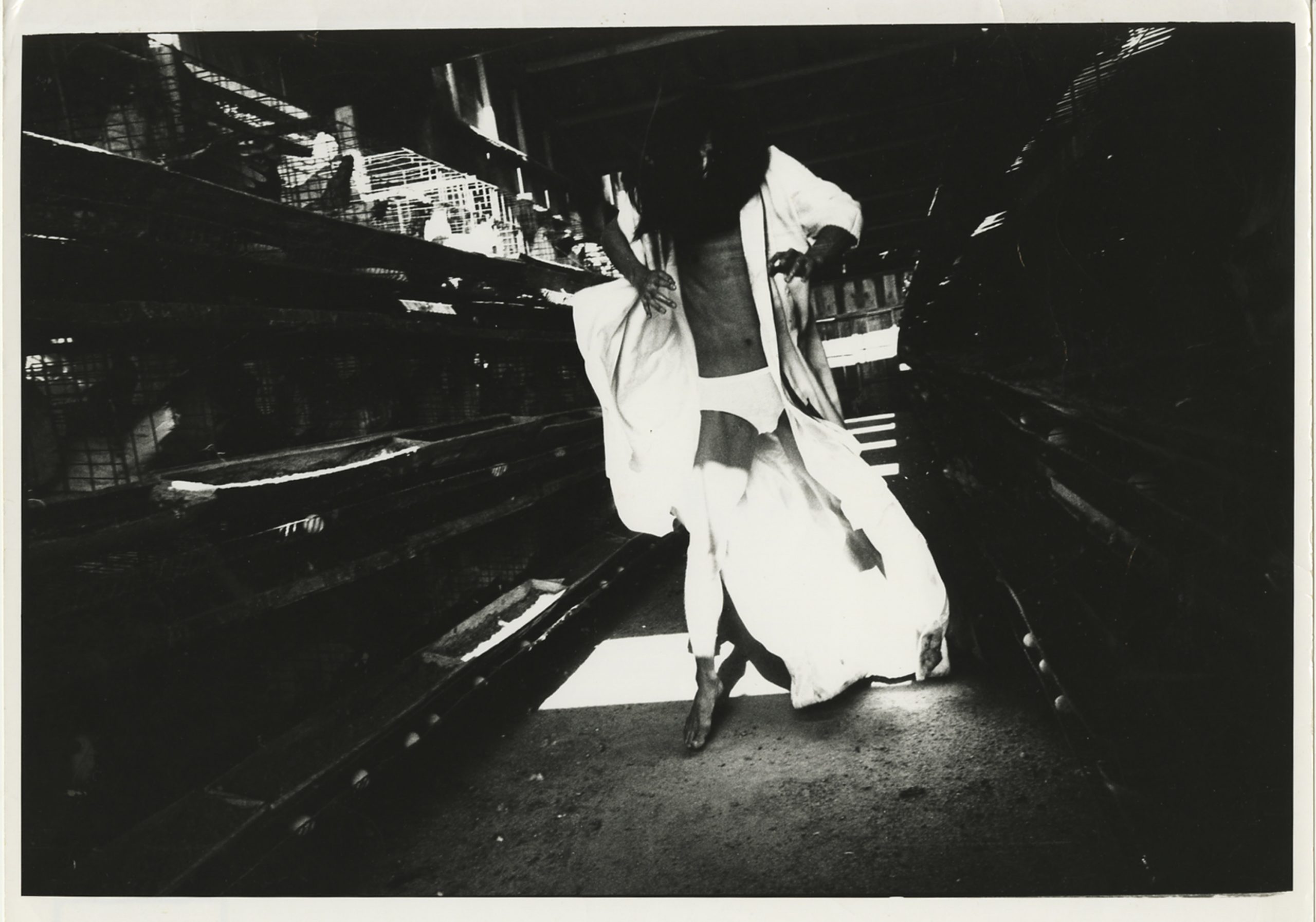 ‘The short-lived Japanese magazine Provoke is recognized as a major achievement in world photography of the postwar era, uniting the country’s most contentious examples of protest photography, vanguard fine art, and critical theory of the late 1960s and early 70s in only three issues overall.

The writing and images by Provoke’s members – critic Koji Taki, poet Takahiko Okada, photographers Takuma Nakahira, Yutaka Takanashi, Daido Moriyama – were suffused with the tactics developed in some Japanese protest books which made use of innovative graphic design and provocatively “poor” materials.

Recording live actions, photography in these years was also an expressive form suited to emphasize and critique the mythologies of modern life with a wide spectrum of performing artists such as Nobuyoshi Araki, Koji Enokura and Jiro Takamatsu.

This catalogue accompanies the first exhibition ever to be held about the magazine and its creators and focuses on its historical context’.

I will give the last word to Moriyama, from a 2017 interview with Bree Zucker in BOMB Magazine, which continues to underline the complexity in his work, and is instructive for anyone pursuing documentary work. For Moriyama, documentary is not just a depiction of ‘reality’, but a subjective activity:

‘For every single photo I take, some fragment of my memory has probably made its way in there. Then the viewer also projects his or her own memory onto it. Sometimes the photograph has more impact on the beholder than the taker.

To be clear, I believe the three elements of documentation [記録 kiroku], memory [記憶 kioku], and commemoration [記念 kinen] are the basis of photography’.

BADGER, Gerry. 2019. Fire And Water – Takuma Nakahira’s For a Language to Come. Available at: http://www.gerrybadger.com/fire-and-water-takuma-nakahiras-for-a-language-to-come/ (accessed 21/01/2019).

NOONAN, Patrick. 2017. Whither Politics? Photography and Protest in the “Provoke Era”. Available at https://modernismmodernity.org/forums/posts/whither-politics (accessed 21/01/2109).