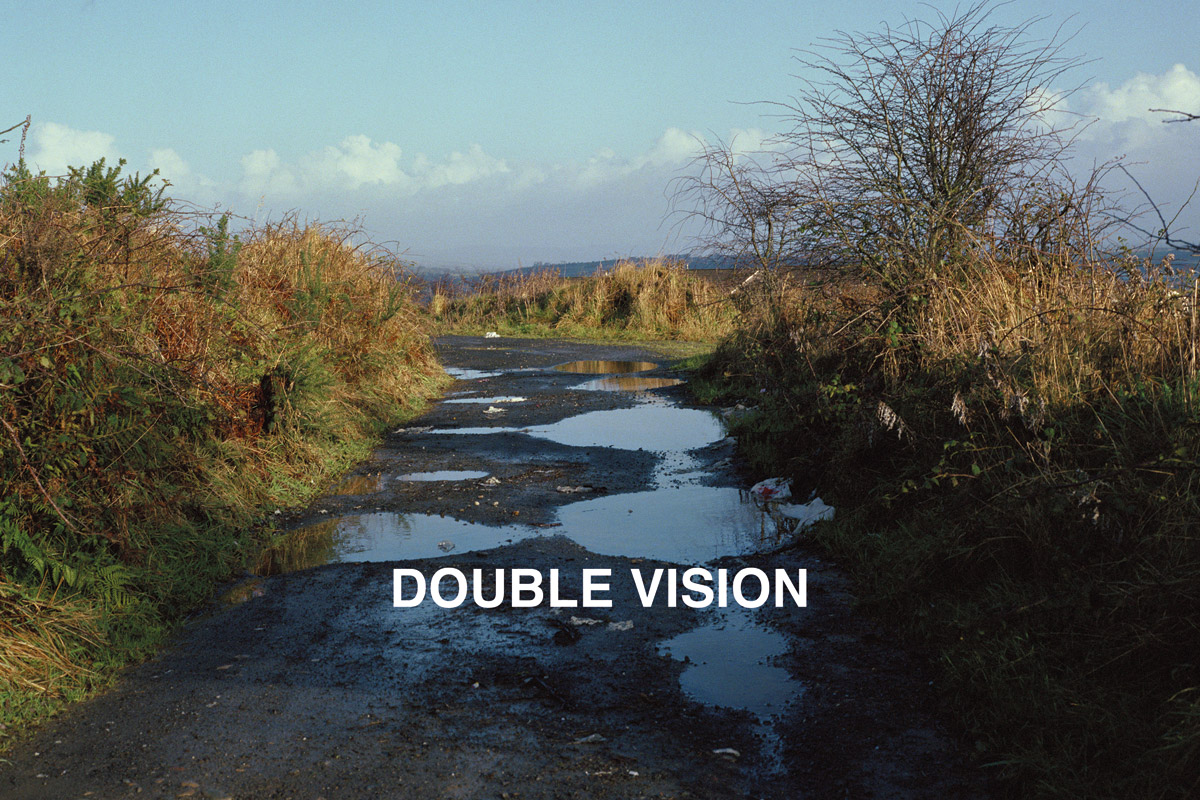 Q: What does the moving image tell you about the still photographic image?

The presentation did a great job in illustrating the similarities and differences of the two media.

Beyond the presentation, I was also struck by David Campany‘s ‘Safety in Numbness’.  The conversation around the evolution of photography to become a ‘post’ activity was eye opening.

By reading Campany, I found the work of Willie Doherty. Doherty uses stills, words and movies to great effect. I particularly like the sense of stillness in his work, using video to create a mood, almost of dread, which goes beyond his stills work. Video is allowing his ideas to breathe and expand, always working together with his documentary stills.

He also uses words, to punctuate or ask questions. The image in the header Ulster Will Fight / Ireland Unfree Shall Never Be At Peace (1992) is part of his examination of both sides of the Northern Ireland issues.

I think Campany hit the nail on the head when he noted:

‘The photograph can be an aid to memory, but it can also become an obstacle that blocks access to the understanding of the past. It can paralyse the personal and political ability to think beyond the image. … There is nothing like the ‘presentness’ of the moving image to emphasise the ‘pastness’ of the photograph it shows us’.

Q: How distinct do you see the still and the moving image nowadays?

I totally accept the ‘blurring’ that is going on (see below), yet I can equally see the strengths of stills. For example, the 2015 image taken by Nilüfer Demir of the body of Aylan Kurdi, documenting the Mediterranean refugee crisis, was very impactful in mass media. There has been considerable video coverage of the crisis, but I do believe this was a very powerful addition in the task of both reporting news and building public support for action. It was an emotional and visual ‘jolt’, different in kind to moving imagery surveying the scene.

On a more everyday level, I shoot a lot of events, which is an attempt in real-time to ‘fix’ a moment in the action to represent it to the world. Usually these images are utilised within news items or blogs, accompanied by words. I am always trying to craft a composition which represents some kind of ‘Decisive Moment’ in but unfolding storyline. Perhaps it’s time to shoot some video, too, but I cannot personally see shooting video only.

Q: Do the practical similarities outweigh the medium’s theoretical differences?

Yes, in terms of ether technologies. As noted in the presentation, both camera hardware and software can accommodate both stills and movies with ease, and to a very high quality.

What is different though is the craft. Movie making storyboarding, direction and editing is different to shooting and curating stills. The still process is focused on a moment in time, whilst the movie is all about expressing  period of time.

Q: And if you don’t already, how might you use moving image within your own practice?

I never shoot video seriously, with only the occasional iPhone clip to friends or family. This week has made me think twice about that.

As I reflect on my work, I continue to see still at its centre. Yet I can now imagine how I can use video to create more of a sense of place. For example, it is often hard to capture the majesty, breadth or impact of an urban or natural scene when shooting through the constraints of the viewfinder, however wide the lens.

I remember as a child how I used to lie on the lawn and look at the sky, watching teh planes fly over. Big Skies always give me a rather visceral jolt. Interestingly, some of my most liked Instagram images feature ‘big skies’.

If I look forward to my potential Cambodia project, I never captured, to my complete satisfaction, the nature of our travel through the jungle, or the total desolation of the Killing Fields.

I can see how video might help to do that. Better start to learn how to use that technology.

Also, I have often incorporated words or my poetry into my artwork, whether in original paintings or manipulated photographic images in Photoshop. That is also well worth re-examining in my current practice.