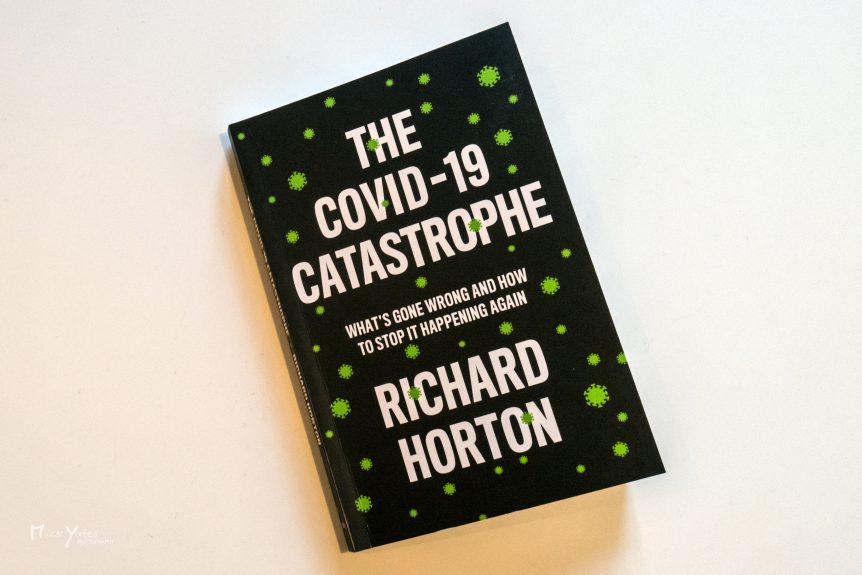 My photographic project on the pandemic and lockdown has also meant daily research and establishment of accurate medical facts, social statistics and news headlines. Today, I got a copy of Richard Horton’s book, The COVID-19 Catastrophe.

Horton has been the editor of the globally influential Lancet peer-review medical journal since 1995. A man not without controversy, but also someone not afraid to offer an opinion. In 1998 he published a (later discredited) paper by Andrew Wakefield and others which suggested that vaccines could cause autism. Horton did withdraw the paper, belatedly in 2010, though he did not regret publishing it, in the spirit of scientific progress. Clearly this helped encourage the ‘anti-vaxxers’ movement.  I write this to offer readers an objective chance to do their own research. Mine suggests that Horton is a man of integrity.

Horton is an outspoken critic of policies put in place against the coronavirus – in the UK, the US, WHO and elsewhere. Without doubt he is extremely well informed and highly connected and respected in global health circles. It is also on the public record that Horton has stage 4 melanoma, perhaps suggesting a certain fearlessness in his opinions.

His book is clearly ‘quick of the blocks’. and no doubt more time will lead to broader and possibly different conclusions. I have to say, though, that it is a page turner. It starts with the global timetable of events, beginning with the first cases in Wuhan and the scientific response. Whilst one could argue with a couple of his statements (did Johnson really suggest herd immunity as a strategy – maybe not, but certainly Vallance said it was a plausible strategy), Horton’s timetable and media summaries check with my own catalogue. 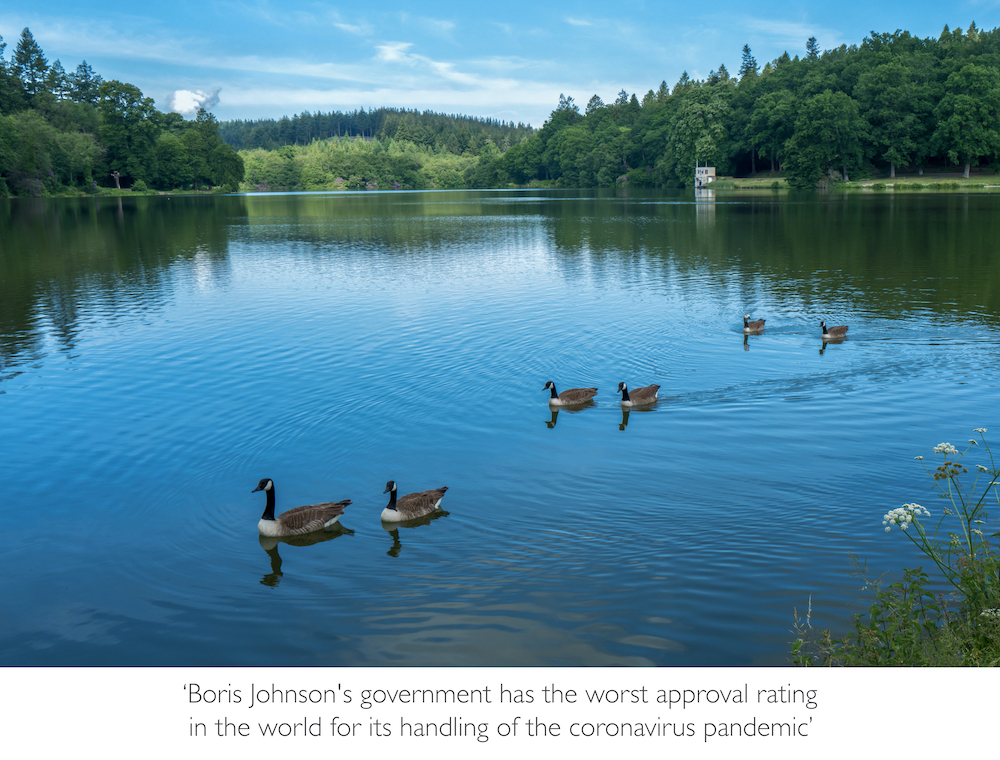 Horton is an equal opportunity critic – China, WHO, the UK Government and science establishment, and the Trump administration. I’ll leave it to readers to decide on their level of agreement. Certainly I find his summary of failings compelling, and particularly accurate for the UK.

First, cognitive bias. Many Governments saw this as an influenza, with therefore relatively understood implications. This affected both political and scientific judgement and slowed down the urgency in understanding the disease.

Second, ‘following the science’. Horton raises the legitimate point about separation of ‘church and state ‘ (my words). Both politicians and scientists have not only the right but the responsibility to test the views of the other party. To what extent did this happen?

Third, and this is a global point, how far did political leadership build trust with the public? In any crisis, publics initially trust Government. Yet to what extent were transparent, interdisciplinary teams created to offer the best advice on dealing with the virus? My interpretation of Horton’s point: linear leadership prevailed not a pooled resource of the best minds which learnt from other countries and disciplines.

We have all seen the exceptionalism. Early in the UK crisis, the Prime Minister and other Ministers stressed the country’s world beating capability to deal with this. Which leads to the next point.

Fourth, preparedness. Asian countries had learnt from the SARS disaster, but did the West? And many Governments were slow to react to Chinese warnings.

In the UK, the recommendations of the pandemic Exercise Cygnus in 2016 were essentially ignored.

Fifth, implementation. Even when the warnings were taken to heart, execution was at best mixed, from provision of essential PPE to testing.

Perhaps so far, nothing really new. However, what I find truly impressive about the book is Horton’s ability to step back and see a bigger picture. For example, he quotes Ulrich Beck, from The Risk Society, which stresses our belief that humanity and its science has conquered all. But that is in itself a problem.

‘… the sources of danger are no longer ignorance but knowledge; not a deficient but a perfected mastery over nature; not what eludes the human grasp but the systems of norms and objective constraints established with the industrial epoch’.

Our scientific cockiness (my words) get in the way. Risk is always out there, and we cannot eliminate it. But blind faith doesn’t work, either for or against science. We have to figure out how to coexist with risk at all levels.

Didier Fassin commented that ‘sickness sits at the meeting of biology and biography’. Our life includes how we are in the world, and how we deal with insecurities. It is about the ethics of life, which is not just physical or biological but political. How does society deal with inequality, for example? It is already well proven that certain groups have been hit much harder by COVID-19 than others more fortunate. The pandemic brings these inequality matters into very sharp relief.

Horton also quotes Michel Foucault, and his concept of ‘biopolitics’ – the politics of life. By this, Foucault meant:

Are we all ‘communists now’, as Slavoj Žižek suggests?

Whilst Žižek doesn’t believe that the pandemic will make us wiser, it is likely to have at least some positive consequences.

Good Government is not just politics, it is about the fundamental concerns of citizens. Horton suggests that it is likely that we will see a resurgence in the need for (and demands on) Government. This may challenge our views on privacy, for example, in the desire for safety. And indications are already there that the public are re-evaluating the role of ‘key workers’, and the fundamental need for comprehensive health systems.

In summary, I find this a timely and well-written work. It is brave of Horton to write this whilst we are still in the midst of the pandemic. But there is much food for thought.

Here is another review of Horton’s book by Mark Honigsbaum.