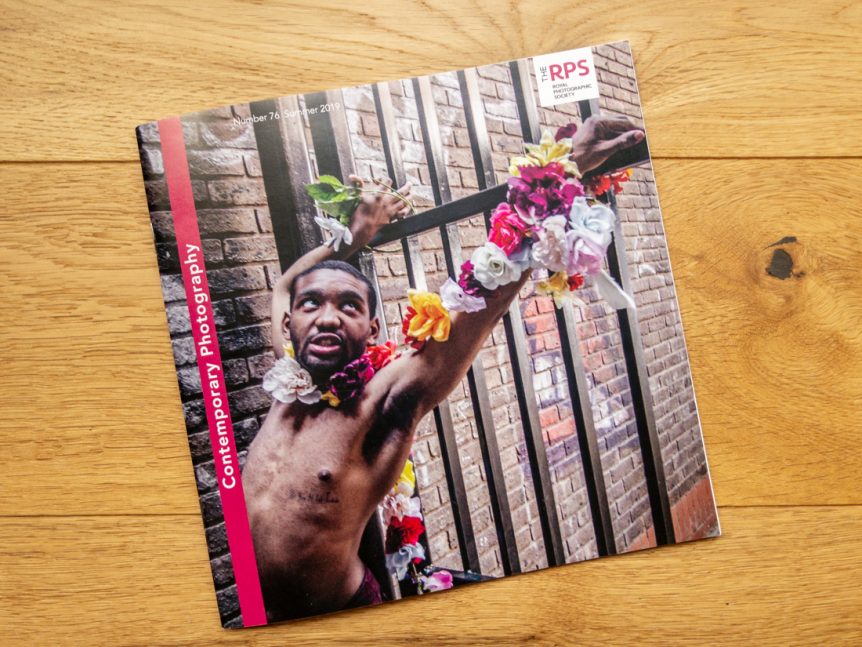 I had noted in May that the RPS Contemporary Group planned to publish some of my work. Well, on returning from Rencontres d’Arles and vacation, I received copies of the magazine in the post.

Here is a link to the magazine on Issuu.

I am very pleased with how it was all handled. It is a small but beautifully produced and carefully curated magazine form a very active RPS sub-group. 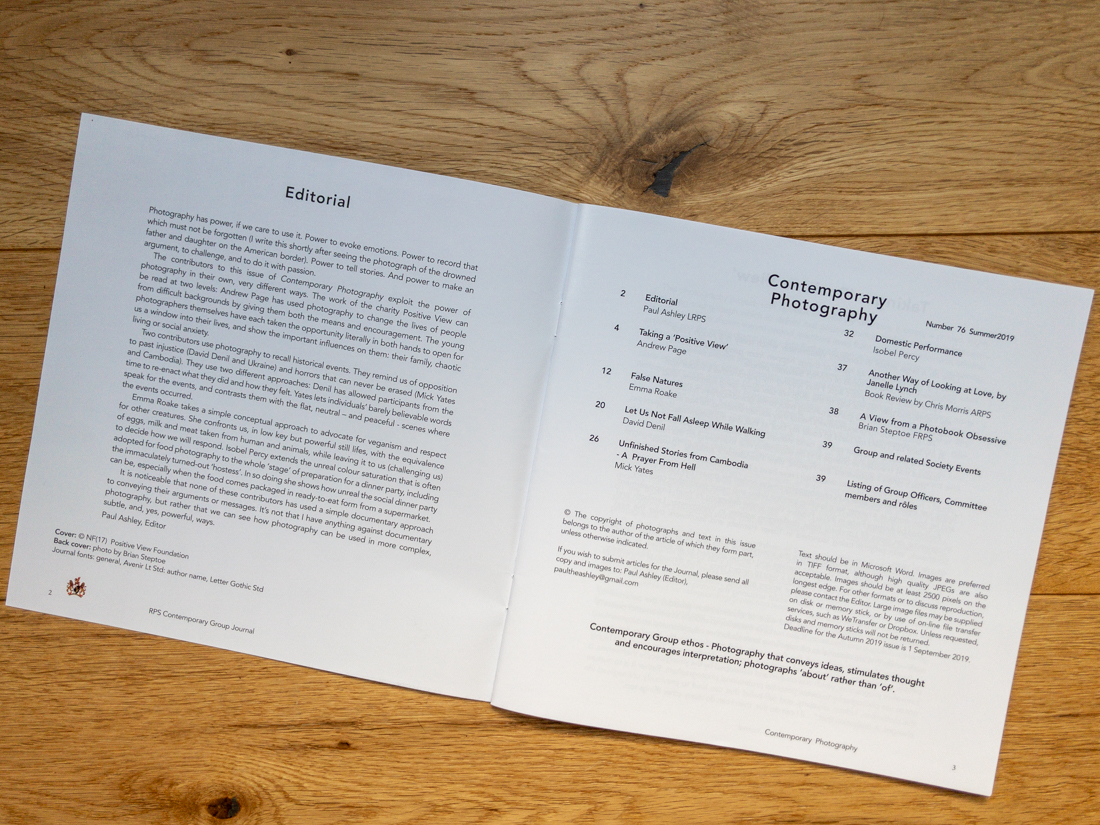 Paul Ashley’s introduction to the magazine did a very nice job of simply explaining what the work was about.

‘Yates lets individuals’ barely believable words speak for the events, and contrasts them with the flat, neutral – and peaceful – scenes where the events occurred‘. 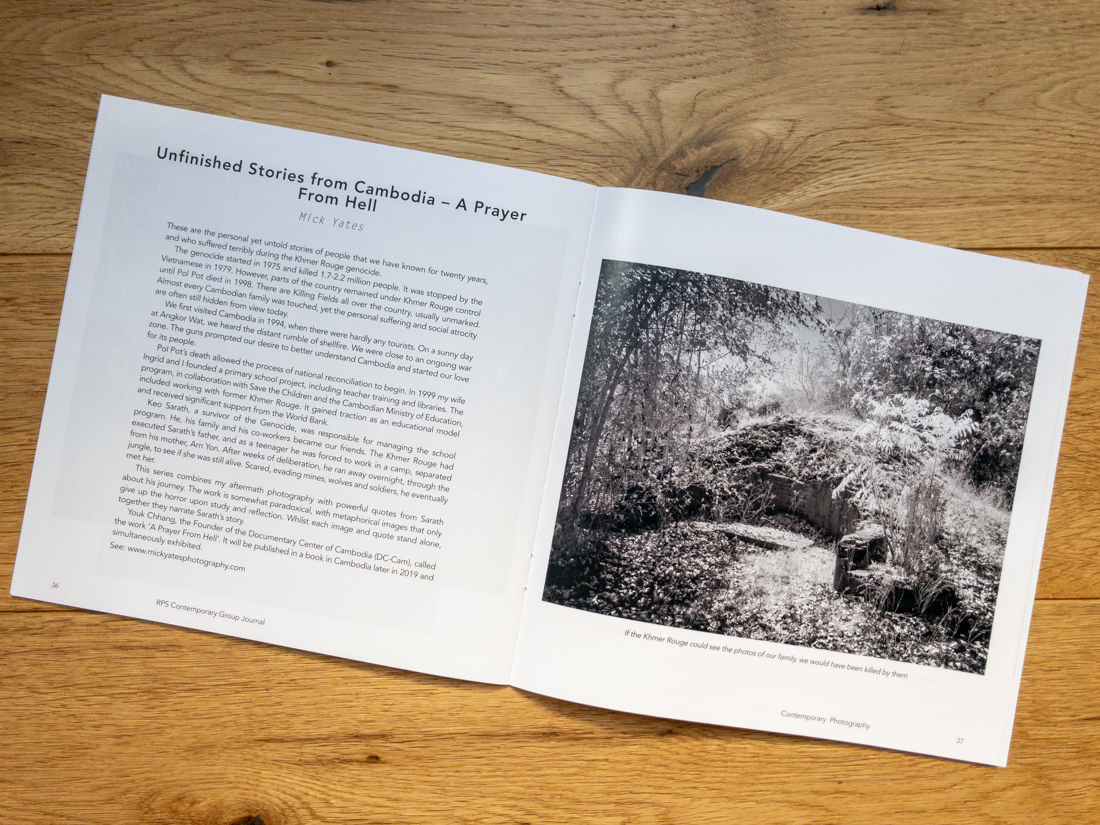 The article featured a statement on the work from me. Seeing it in print for the first time, I think it works all though I also can see that a simpler versions is needed for the installation. 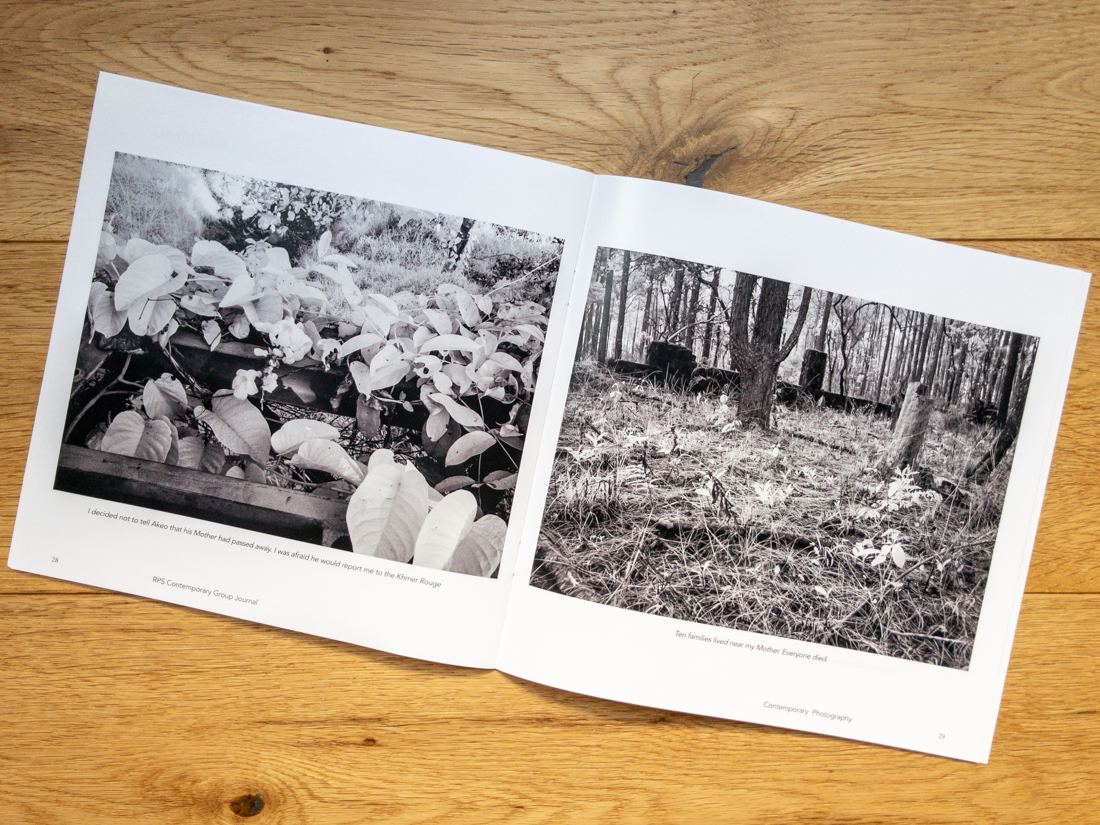 The choice of photographs was left to the editors from a selection that I offered, which gives some useful insight into how others see the work.

‘It is noticeable how none of the photographers has used a simple documentary approach to conveying their arguments or messages. It’s not that I have anything against documentary photography, but rather that we can see how photography can be used in more complex, subtle, and yes, more powerful ways‘. 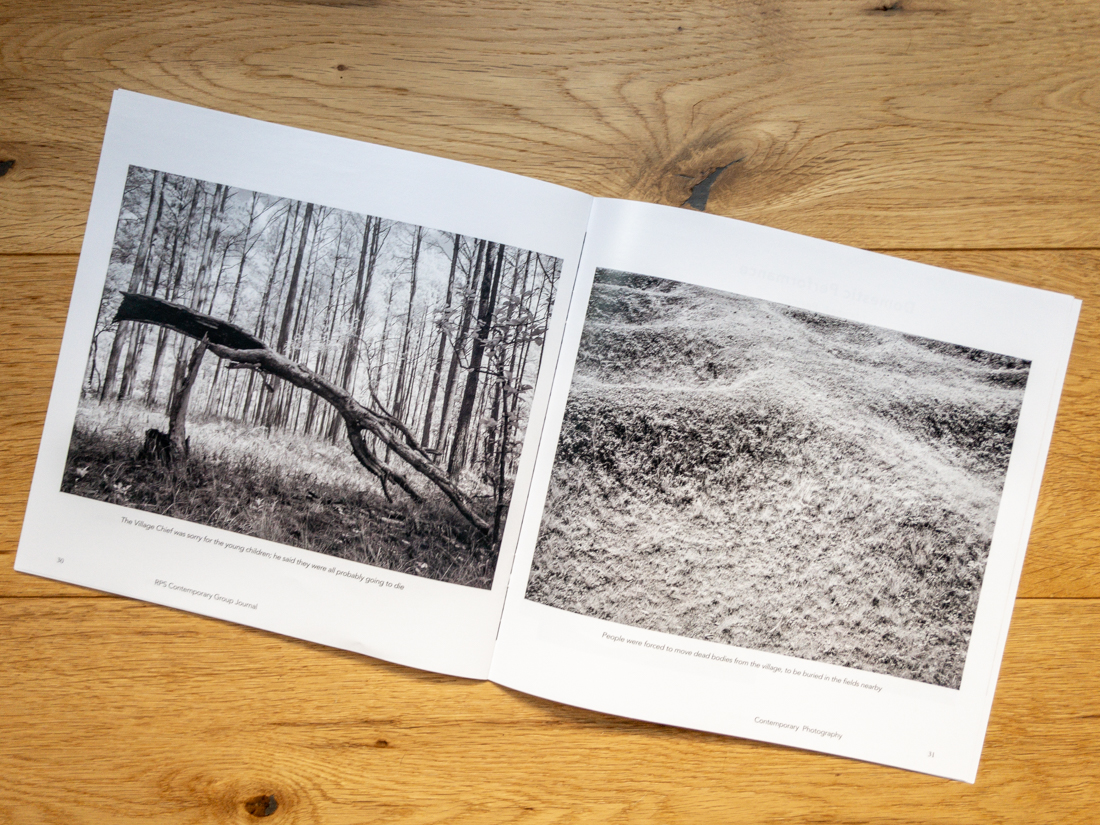 One final point on the layout. The images had single-line quotes in each case, much preferable to larger type, two line quotes. I plan on using that style going forward.

I posted the pages on Facebook, and was encouraged by the response. The idea of contrast and paradox between words and images was both readily recognised and well received.

Very encouraging for the book and installation.