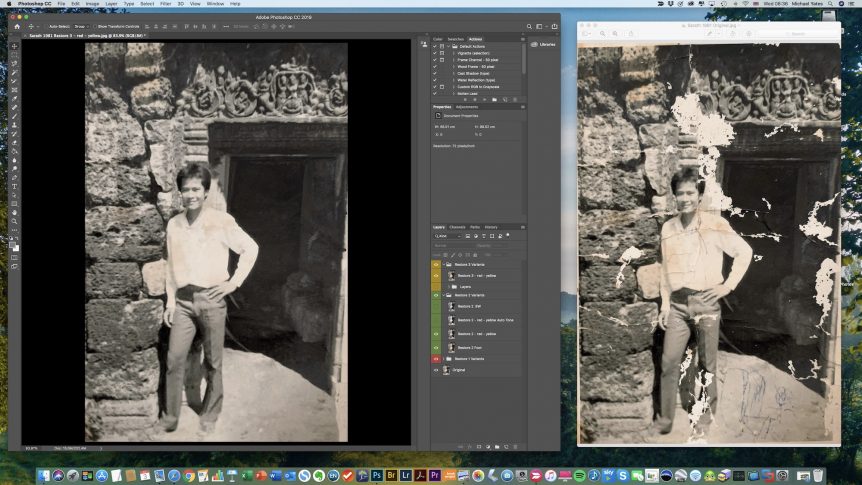 Sarath and his family destroyed any photographs they had during the Khmer Rouge years, for fear of being interrogated about their past. He has been trying to find the oldest pictures he has – and did not realise that his sister had a few.

This was taken when he was just starting out as a primary school teacher, probably 1981/1982, so he would be 21 years old. This is 2/3 years after the Vietnamese invaded Cambodia and stopped the Khmer Rouge. 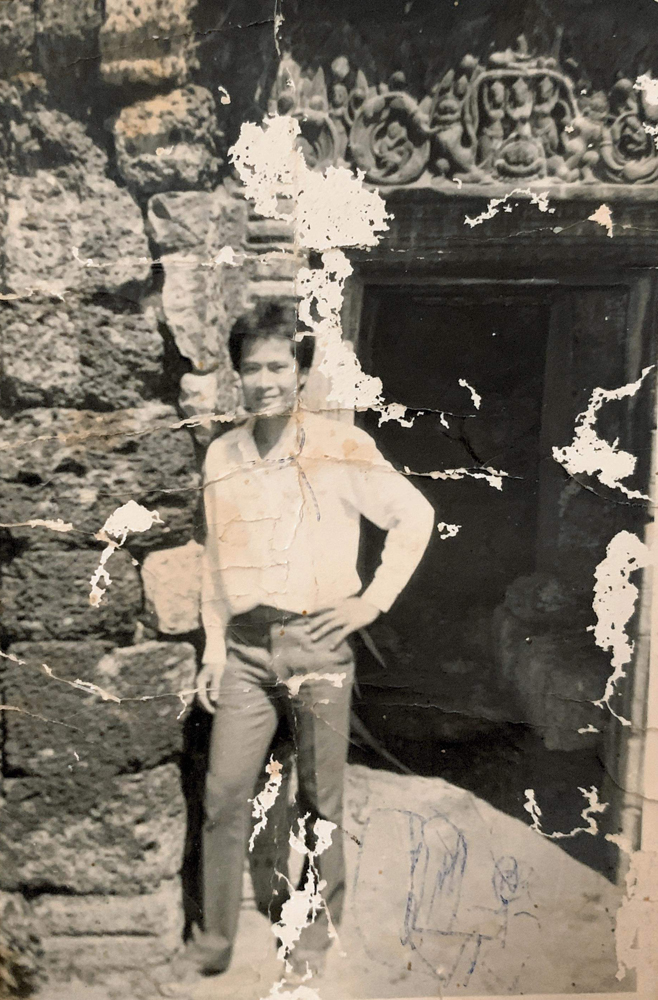 I decided to restore the photograph, using Photoshop.

This is the first stage, basically cleaning up the image. 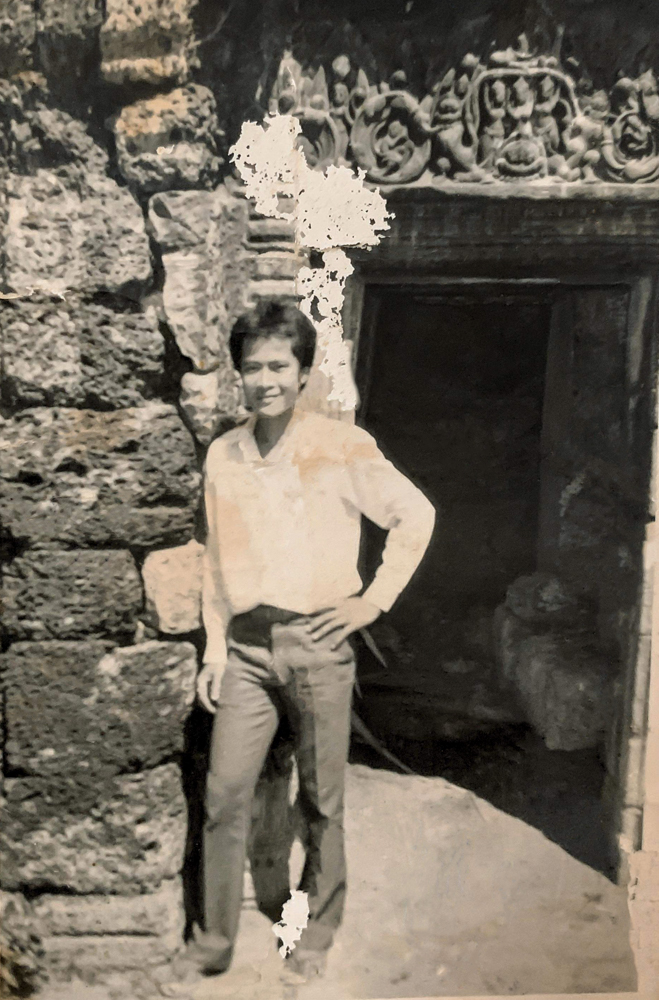 Fortunately, Sarath’s face was still in quite good repair, photographically speaking. Next, I tackled the background architecture, a far more difficult job, requiring painstakingly recreating the doorway. I also took down the red and yellow staining, but did not completely eliminate this, keeping the ‘antique’ look. 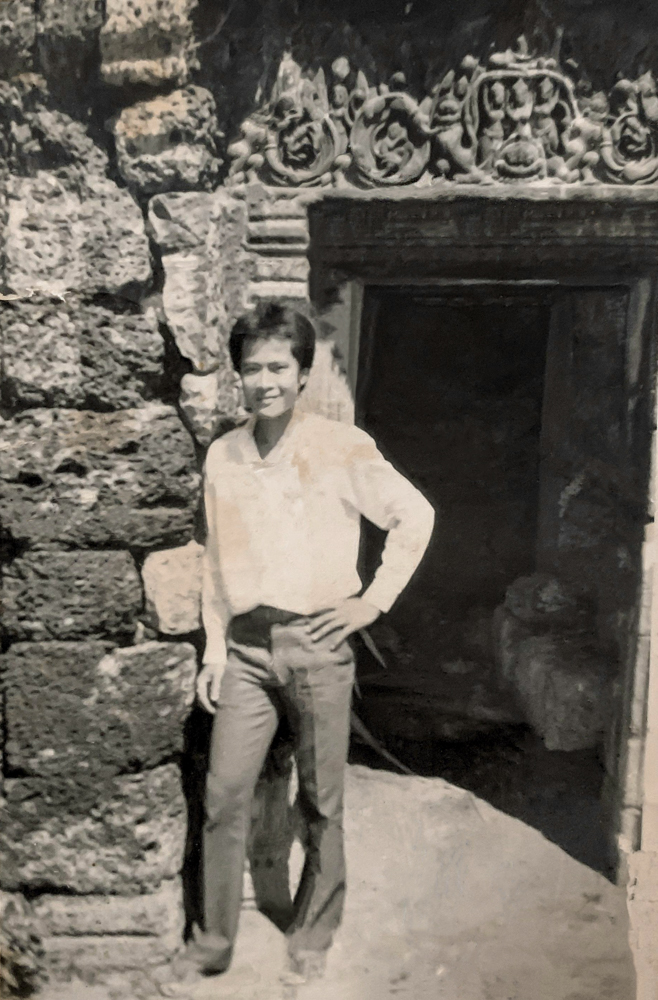 A straight forward conversion to black and white followed. In total, this was about three hours work. 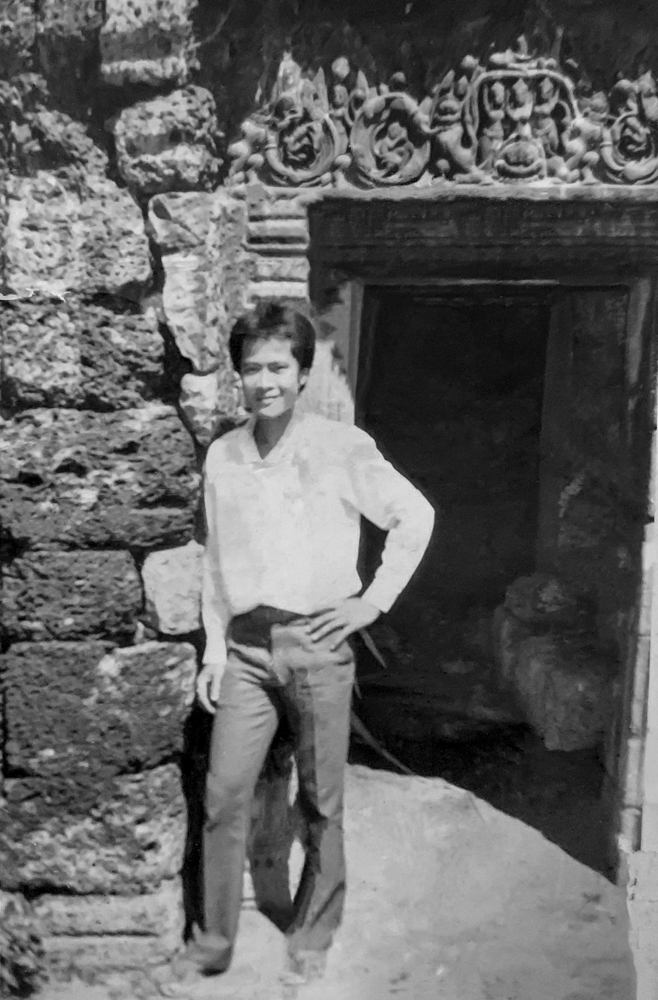 I asked the Cromarty group, and family, for comments. Everyone really liked (and preferred) the full B&W conversion.

I agree, and will include this in the book (and probably the installation) given its importance to the story (and to Sarath).