A couple of years ago, the PhotoBath collective, of which I am a member, mounted a successful exhibition of Sebastião Salgado’s work. It featured 8 platinum prints, produced by his local print maker.

Bluntly, I was not a particular fan of Salgado. There was something about the sheer ‘epicness’ and technical wizardry of the photographs that can detract from the serious subjects he is covering. But I cannot deny his audience and his influence. Neither can I deny his good intentions or personal aesthetic choices.

One of the criticisms of Salgado’s portraits is that they are:

‘ …  too much in the service of illustrating his various themes and notions to be allowed either to stand forth as individuals or to represent millions. He’s a symbolist more than a portraitist­, the people in his pictures remain strang­ers‘. (Sischy, 1991).

In other words, perhaps Salgado is too much an aestheticist rather a ‘concerned’ documentarian? I am taking photographers such as Lewis Hine, the Farm Security Administration group, W. Eugene Smith, Robert Frank and the like as references for modernist social documentarians.

Here is one of the Salgado photographs that we exhibited.

Setting myself up, here is a photograph that I took in the same Highlands, 14 years earlier. 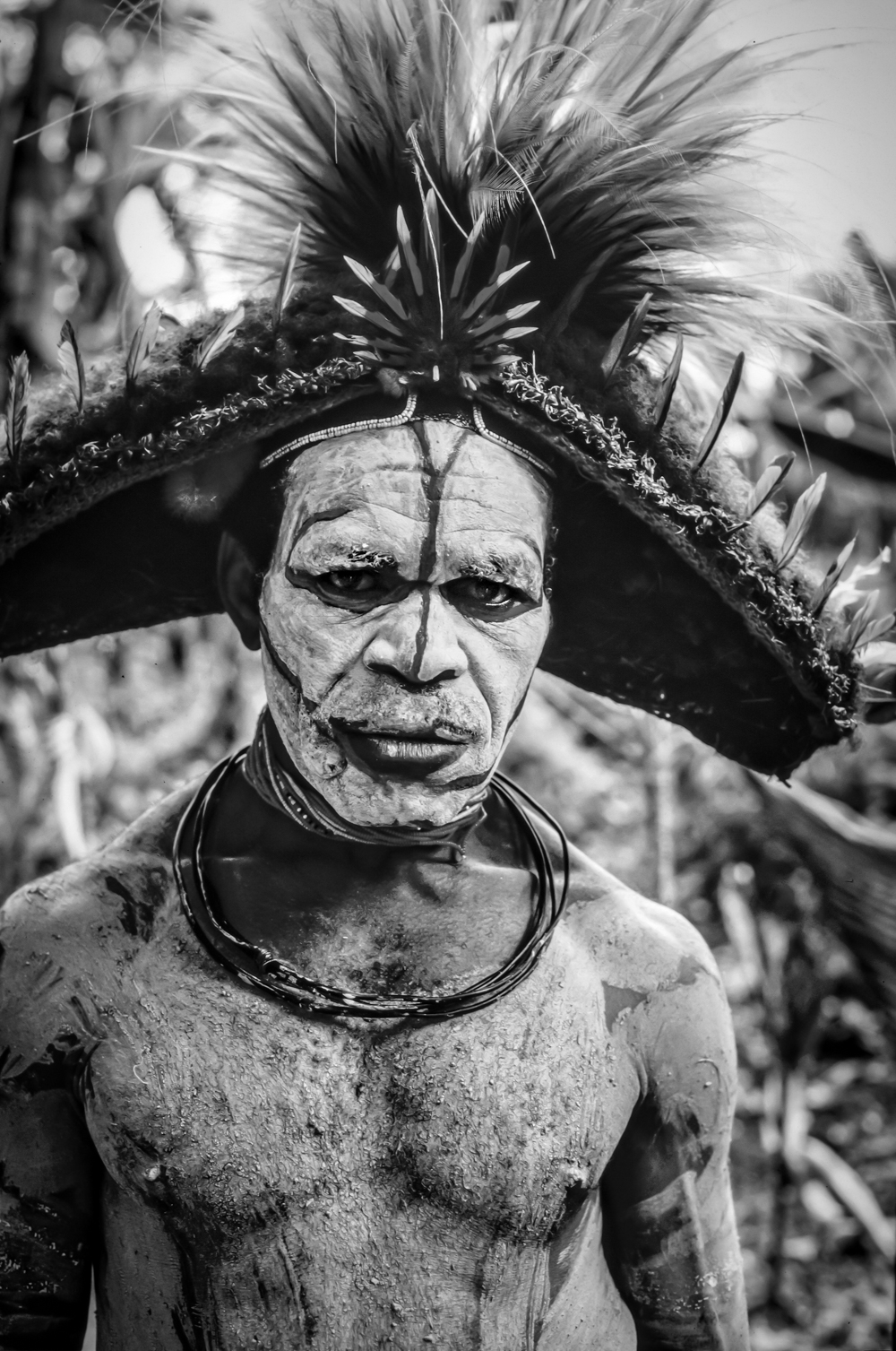 I shared the two images with my Cromarty cohort, without caption or attribution, other than to say I was researching Salgado. I was intrigued as to how people might ‘read’ the image without context.

Here is the feedback:

‘I prefer the bottom one, less anthropological, more portrait orientated – although that’s not to say I like either.

Aesthetically the top one, as the focus is more on the subject and less distracting. But on a personal level, the bottom one, as less constructed, and more of an environmental portrait.

To me both are reminiscent of what Robert Bogdan called the ‘exotic mode’ of representation when writing about circus ‘freaks’. It looks like an exaggeration of the differences between the subject and the viewer, deliberately generated for the effect of showing this difference to an audience. the first especially looks staged, almost a studio portrait. And both look like the sort of portrait that always seems to appear in photo competitions showing some ‘ethnically divergent’ people as, for wont of a better word right now, ‘quaint’.

The top one feels forced, but both feel awkward.

Bottom one. The top one reminds me of the images used to document slaves. It is also artificial. Bottom photograph looks more natural – but didn’t Salgado set up a jungle studio?

I was going to say the bottom one is the kind of image you’d see in Nat Geo’.

So, other than a bit of an ego boost, what can we take from this ‘straw poll’?

Salgado’s image is distinctly constructed, technically strong, formal in an anonymous setting, and beautiful. Whilst the individual seems distracted, and is on a stage, the studio setting can be repeated in an extended series, as necessary.

My candid photograph perhaps has a more direct contact between subject and audience (certainly there is a direct eye contact), and it is has environmental context. The candid nature of the image makes it somewhat cluttered, and a ‘one off’, less easy to be repeated.

In essence, these are two, different creative approaches to the same portrayal, and I could see both being part of a narrative about the Highlands.

I do not see ‘colonial gaze’ in either – others might disagree – and I am not sure how one could take more ‘objective’, culturally respectful portraits.

Perhaps the closest to that goal was the work of Adam Clark Vroman, who I have referenced before, and who I greatly admire. He bucked the trend in turn-of-the-century American photography of Native peoples, going out of his way to be objective and respectful, rather than sentimental, denigratory or exploitative. 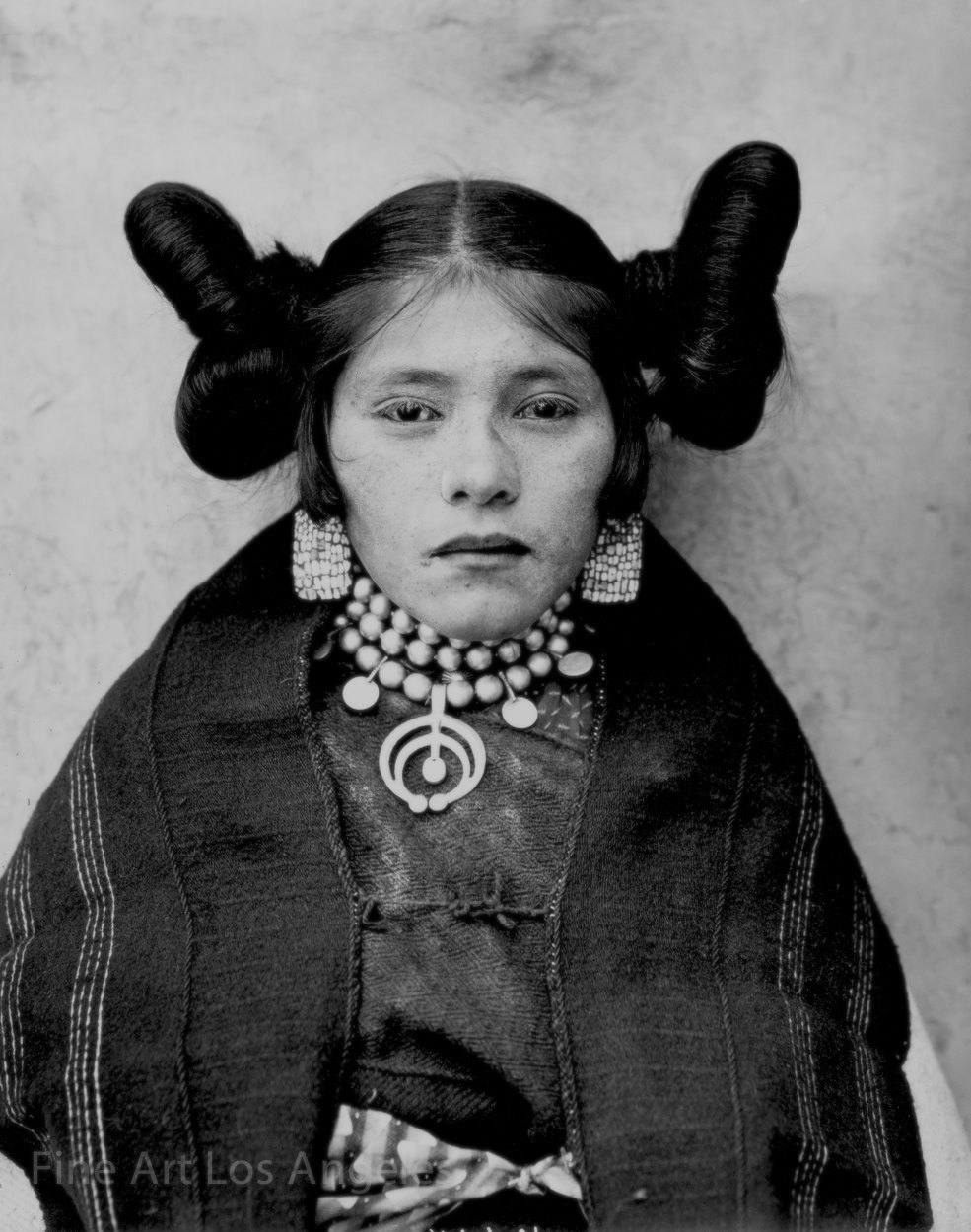 Yet Vroman was essentially an ethnographical photographer – he saw that his job was to record, not to make a social or political point via documentary photography. Salgado sees himself as a man on a mission.

Post-modernist theorists sought to both analyse documentary and then examine ways to move it forward as a genre. For example, John Tagg presents documentary rather negatively as:

‘…  a liberal, corporatist plan to negotiate economic, political and cultural crises through a linked programme of structural reforms, relief measures, and a cultural intervention aimed at restructuring the order of discourse, appropriating dissent, and re-securing the threatened bonds of social consent.’ (John Tagg, 1988: 8)

However, Solomon-Godeau notes that all documentary supports the structures of power, and that the issue is always:

‘... the structural limitations of conventional documentary imagery to disrupt the textual, epistemological, and ideological systems that inscribe and contain it‘. ( Solomon-Godeau, 1994: 171).

In other words, to break those structures, to effect change in society, new kinds of imagery and aesthetics are required. Bearing in mind the era in which Tagg and Solomon-Godeau wrote, Salgado seems to offer at least one possible photographic solution for a ‘new’ documentary.

Grant Kester ended his 1987 essay with this:

‘So long as the theoretical developments of the art world, and the practical lessons of collective activism remain separated, new documentary’s oppositional potential will only be partially fulfilled‘.

‘Eschewing entirely the vaunted ‘objectivity’ of photojournalism, Salgado works in the realm of collective subjectivities, aspiring to that ‘transcendence of self which calls for ephiphany of the other’. It is an aspiration that could breathe new life into the documentary tradition’. (David Levis Straus, 2013: 49).

In a 2015 Guardian interview with Jonathan Jones, Salgado said that  ‘The human animal is a political animal‘. And, in the Salt of the Earth movie (2014), Salgado notes:

‘If you take a picture of a human that does not make him noble, there is no reason to take this picture. That is my way of seeing things’. (Cordon, 2015, Salt of the Earth script).

This seems to be the key to his approach. Salgado’s photographs are compositionally arranged to emphasise the dignity of manual labour, and even of individuals in their suffering. 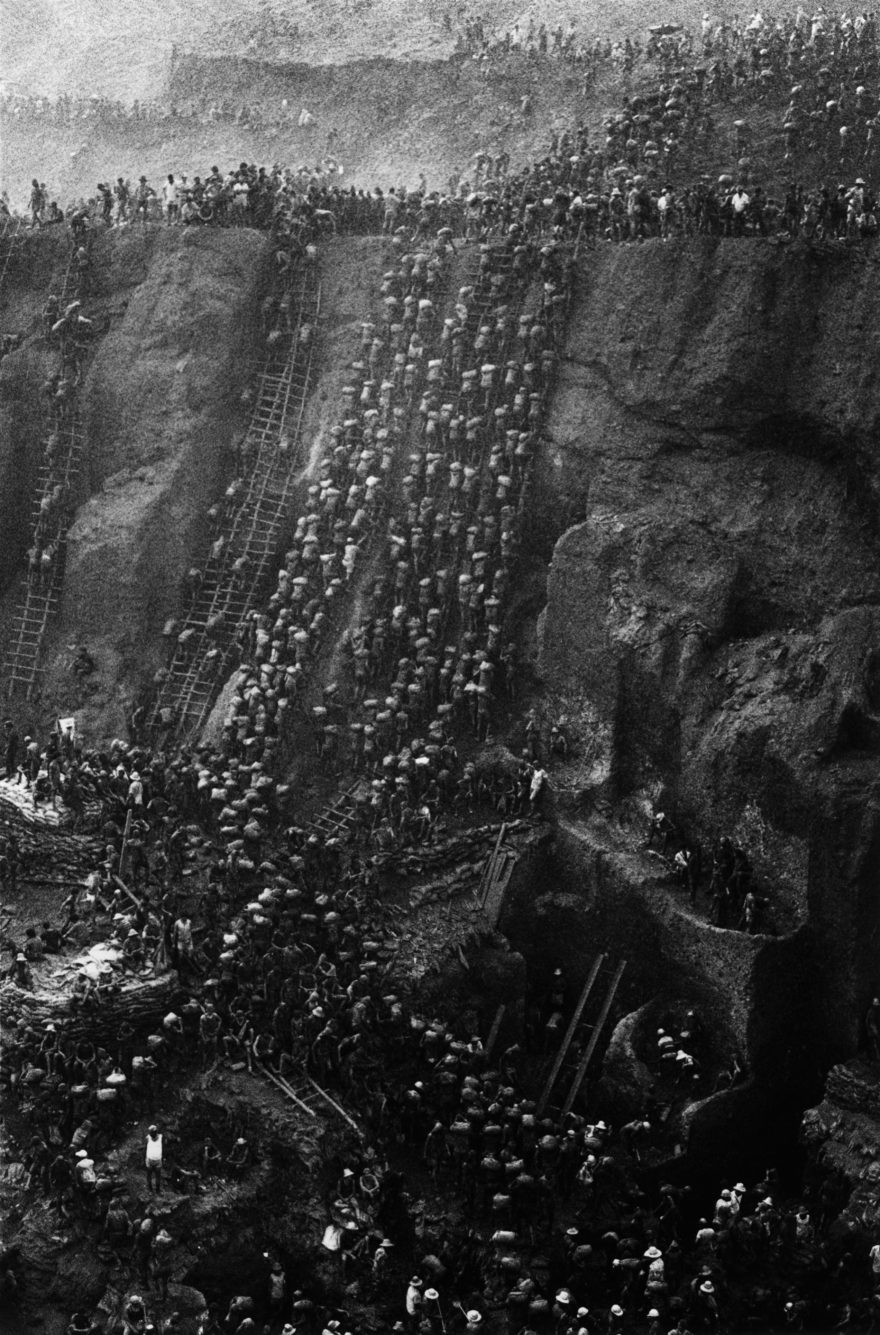 In discussing the Serra Pelada mine in Brazil during the 1980-86 gold rush, Salgado says:

‘They may look like slaves, but there was not a single slave. If there was slavery there, it was the desire to be rich. Everyone wanted to be rich. There you could find everything: intellectuals, lawyers, farm employees, city workers …’. (Salt of the Earth)

This is his way of respecting people.

‘The picture is not made by the photographer, the picture is more good or less good in function of the relationship that you have with the people you photograph‘. (Salt of the Earth).

And, in commenting on his Genesis project, Salgado says:

‘I am not an anthropologist or a sociologist. I am just a photographer. I wanted to show how some people are living in equilibrium with the planet, as we did thousands of years ago. I was surprised at how similar we all are; I wanted to show that even the most isolated group of people are the same as we are‘. (Salt of the Earth).

Salgado’s strategy is to illustrate our collective issues by showing the beauty of our world and our similarities rather than our differences – to help us see what we have, and what we might loose.

Whether this is a more effective strategy than, for example, Edward Burtynsky, who portrays large scale industrial landscapes and ecological disasters, is a matter for conjecture. 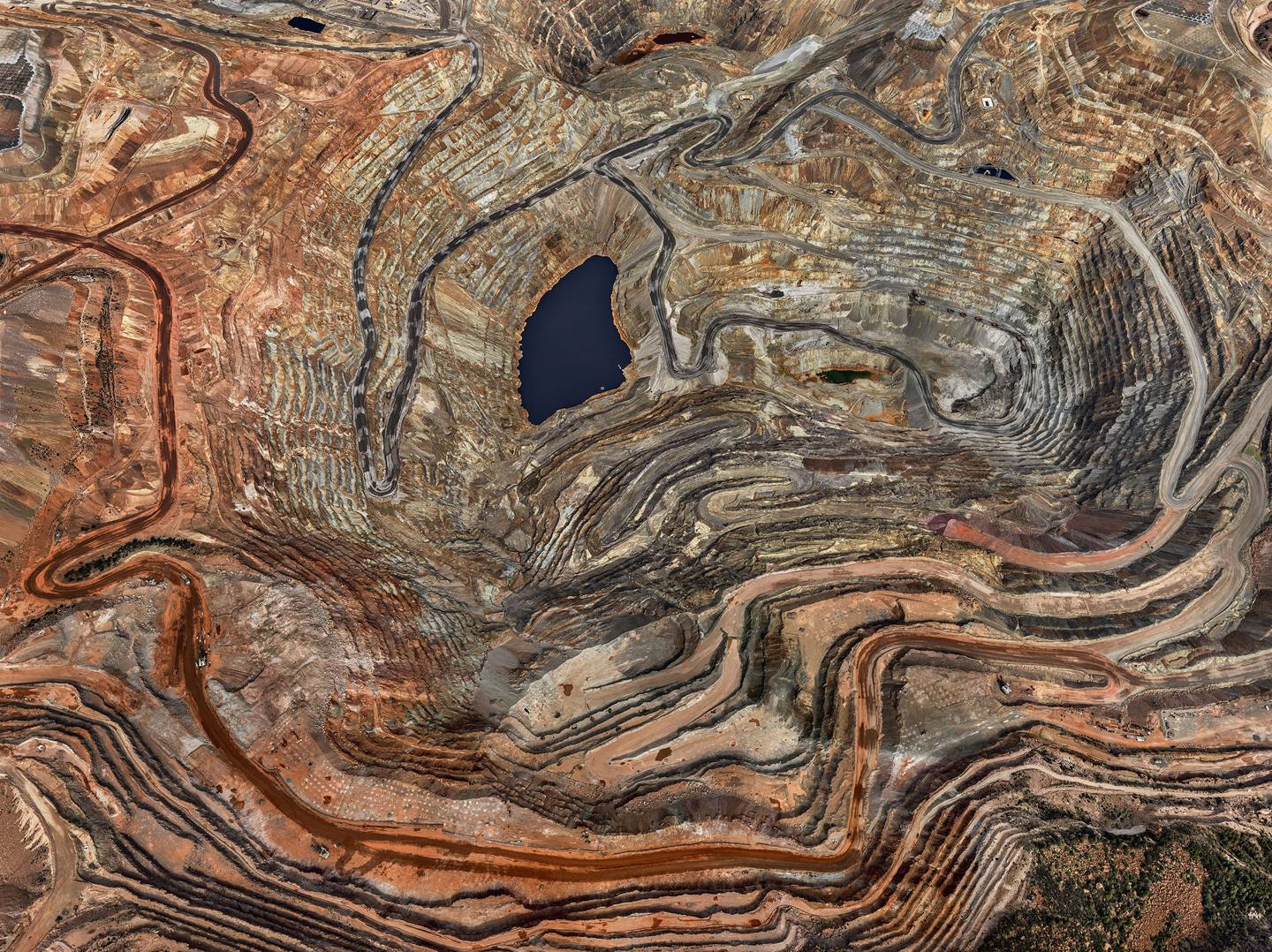 Looking more deeply, both Salgado and Burtynsky use scale and create images which approach the sublime, in the Kantian sense, appealing to the world of ideas.

In today’s environment, where we are bombarded by an ever-increasing sea of violent imagery – in the news, movies and video games – perhaps respect and a positive portrayal of things is indeed a viable, alternative strategy for change. To deny that would suggest that only ‘horror’ or ‘shock’ can effect change, and I am not aware of any literature which demonstrates that.

Still, there are other critiques of Salgado. In the essay noted above, Sischy criticises his supporters, who reference his non-European/American background as support.

‘… since when did being a Brazilian qualify someone as being the voice of Africa or India‘.

Yes, simply creating some kind of ‘third world congruence’ as justification is wrong. And there are the problems of colonial gaze, white man’s gaze, male gaze and so forth. But to bluntly deny an individual’s right or ability to try to address issues outside of their country of birth smacks of the bully pulpit. There is a kind of ‘reverse colonial damnation’ in Sischy’s words, which I find arrogant.

And Sischy ends her essay with:

‘The photographs are less than their subjects deserve. We can be sure that if truly appropriate images should ever surface, they will not be so ‘beautiful’ that they could work as packaged caring. Salgado’s sentimentalism, for all its earnestness, isn’t any kind of break­ through. Unfortunately, his champions aggravate the bullying quality of his work by presenting it as the Second Coming‘.

I think this is posturing.

Since when has the only ‘appropriate image’ of anything been ‘non beautiful’? Is Sischy condemning us to an ever-increasing cycle of visual distress? Her comment on ‘Second Coming’ is classic, argumentative hyperbole. And, to suggest that Salgado is not ‘breaking through’ denies his undoubted connection with a vast audience.

Decisions to make change happen usually require all kinds of stimuli, as discussed elsewhere in this journal. Photography can help, but change is also about social, cultural and political context. And different people respond to stimuli in different ways. Salgado is right to try ‘his way’.

The ‘beauty’ seen in Salgado’s work could lead to superficial conclusions, which is where I started this short essay, with my own criticism. But the essence of art is to offer new and individual perspectives on the human condition. Perhaps I had underestimated him.

‘Salgado is dangerous because … he begins to reveal an image of the operation of global capital – seeing it as a single system with its components, human and mechanical, placed on a large monochrome map. …

Working people’s poverty and production is the source of the wealth of the minority, their fate may eventually become that of more and more people in the North; and this is precisely the danger of bringing the two halves together, even in the form of coffee-table books‘. (Stallabrass, 1997: 160)

Salgado has spent his life presenting the world as he sees it, in the hope that we can all both appreciate what we have, and do something about the issues we see – both human and environmental.

It is possible that, in today’s world of images of problems, violence and horror, Salgado’s politics of the sublime might actually be the really revolutionary strategy.

JONES, Jonathan, 2015. Sebastião Salgado: My Adventures at the Ends of the Earth. Guardian Interview, available at https://www.theguardian.com/artanddesign/2015/may/18/sebastiao-salgado-photo-london-photography (accessed 19/03/2019).