My Dad was also a photographer all of his life, and he kept meticulous records of every image – date, time, camera, lens, film and exposure details. Before he passed away in 2018, at almost 92 years of age, he had been sorting and digitising his slide archives, going back to the 1960s. I guess this is where I partly get my love of photography from.

One of my projects going forward is to further digitise his work, and possibly create a book or even and exhibition. I have added the files he had so far organised into Lightroom, and today I was looking through some of them. I found a terrific couple of images, worthy of inclusion in the local newspapers, from January 1971

Dad had photographed the ‘Kill The Bill’ One Day Strike, Borough Road, Burton on Trent, on January 12 1971. The TUC were protesting Tory Ted Heath’s Industrial Relations Act, which was the start of a major political battle – leading to Heath’s ouster in 1974 but then Thatcher’s return in 1979. That same day, Robert Carr’s home was bombed by the Angry Brigade, although no one was injured. He was the Secretary of State for Employment.

Dad had originally scanned only one image, and the header shows his scan, and then my subsequent attempts to restore it.

Whilst it was a decent attempt, his scanner was no match for my Epson V850. I have all of Dad’s original slides, neatly organised and catalogued. Here’s my raw scan, which was significantly larger and more detailed, and the ICE resulted in dust free files to work with. But it still shows clearly the degradation in the slide colours. 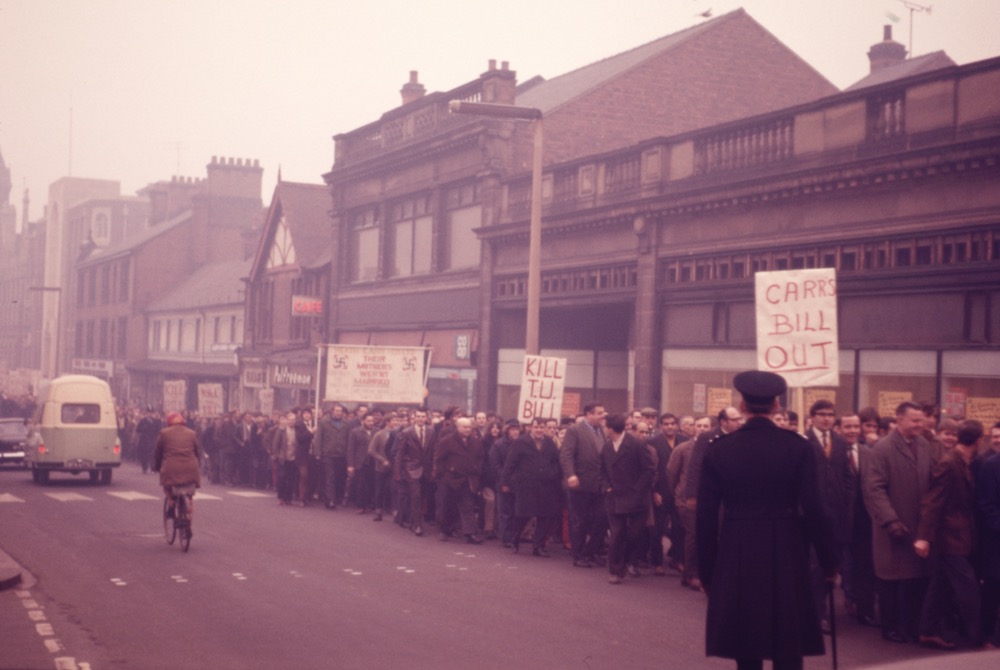 Note the the banner in the middle distance, with the swastikas. A very disturbing sign in any year, but in 1971 there was also a controversial Immigration Bill. This limited the ‘right of abode’ for Commonwealth Citizens. That year, Enoch Powell predicted an ‘explosion’ unless there was a massive repatriation scheme for immigrants.

People in the UK today hanker for the ‘good old days’, but my memory and Dad’s photos suggest that is just nostalgic mythology. The 1970s were not happy times – hardly a surprise that punk was the sound track of what was going on.

As I dug out the slide, I was delighted to see that he had taken another photograph. Again, here is the raw scan. 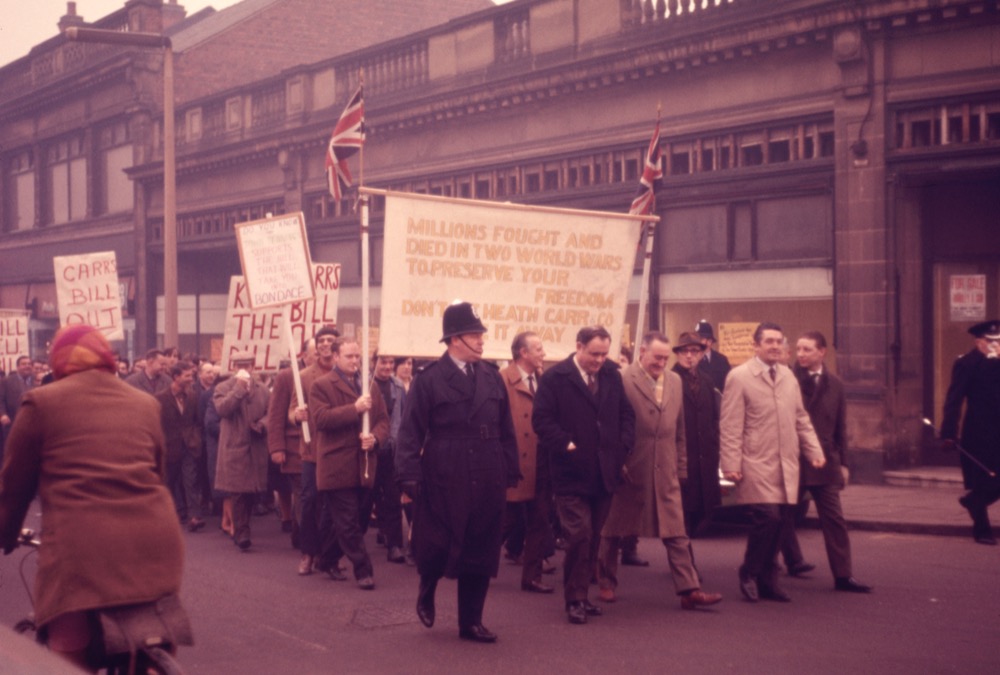 I then spent some time restoring the images in Photoshop. Whilst Lightroom can handle many of the basic exposure, clarity and noise issue, Photoshop is far more thorough at handling colour balance issues. I also experimented with other softeware (Topaz Sharpen, DeNoise and so on) but I did find the results either minimally different or, when pushed further, rather exaggerated. I preferred the ‘natural’ look of a typical winter’s afternoon in my home town. 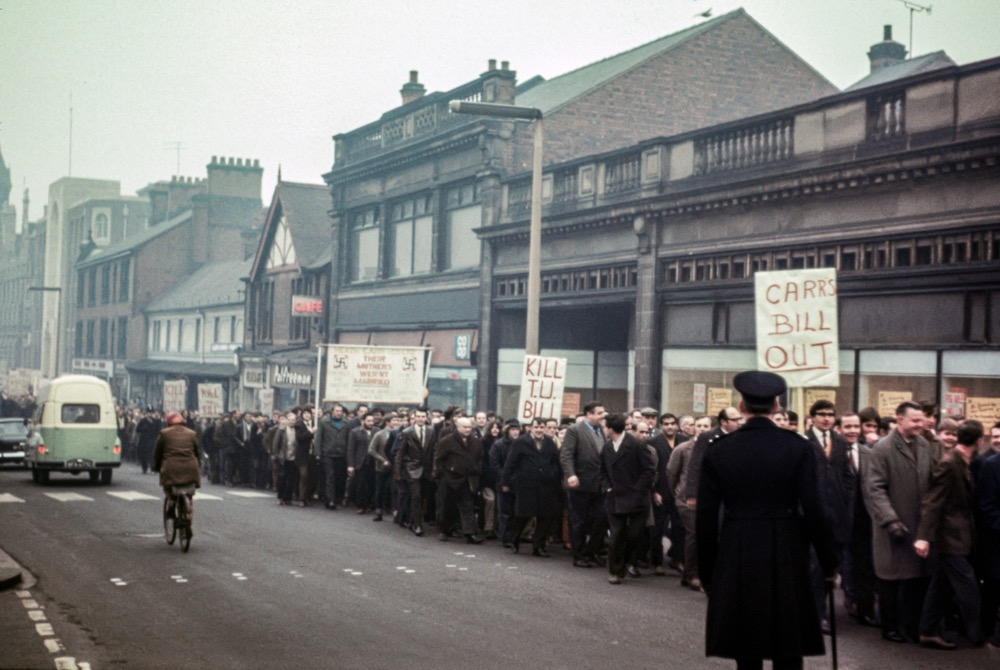 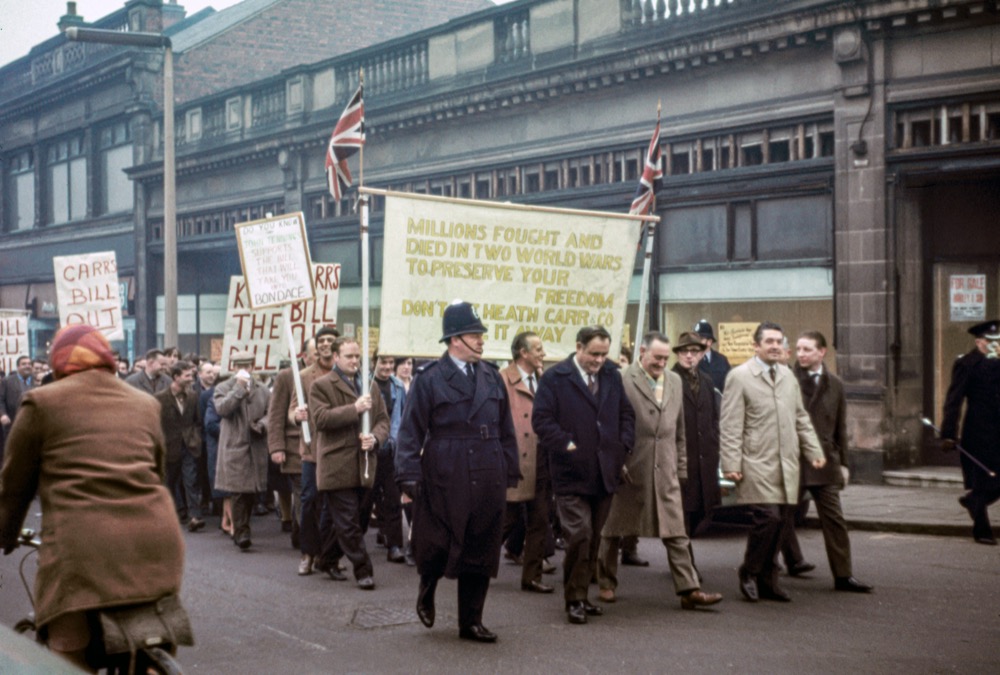 I am pretty pleased with the end result, though I will continue to refine the work flow and experiment with the software that I use.

I also did black and white conversions, which of course are a lot easier than fiddling with colour balance. 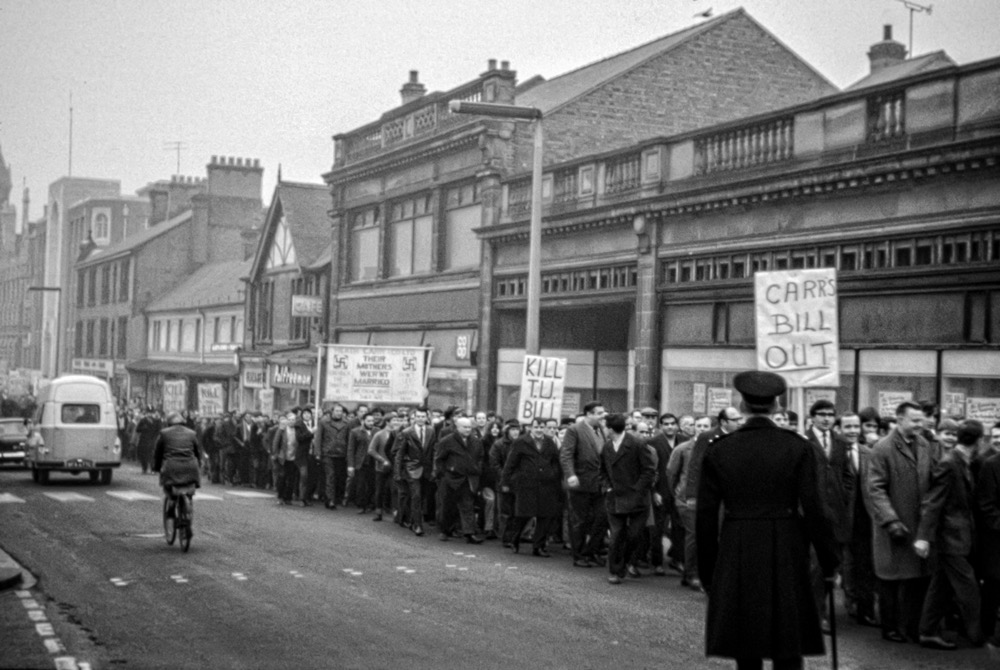 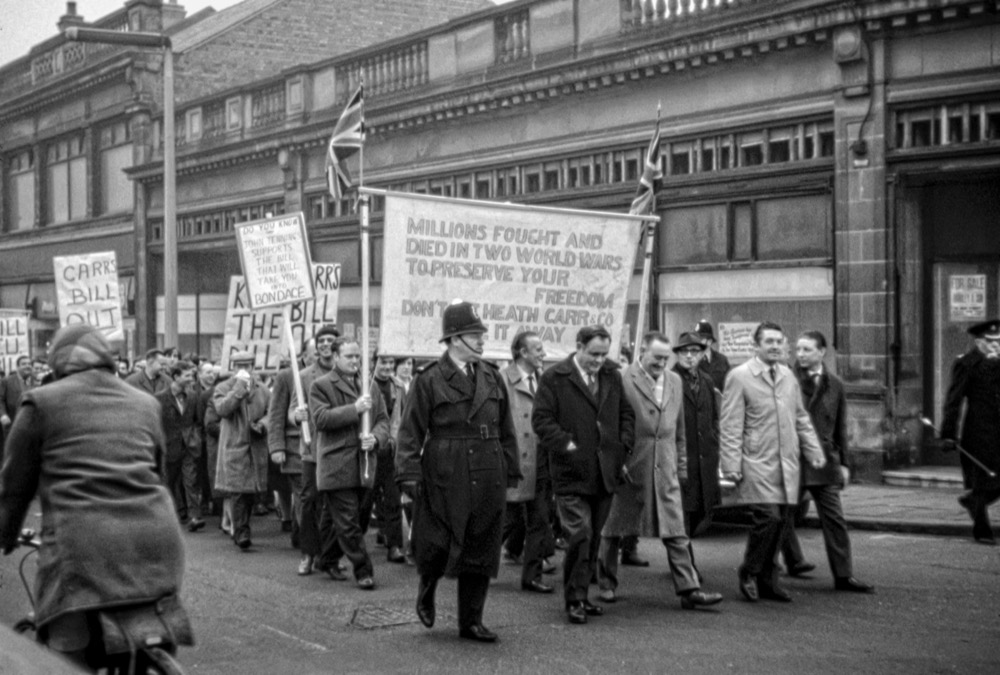 I much prefer the colour, with its richer emotion, and it is by definition more authentic to the way Dad ‘saw’ the photographs.

There are several thousand other slides to look at, although not all as powerful as these two images. It’s going to be fun.