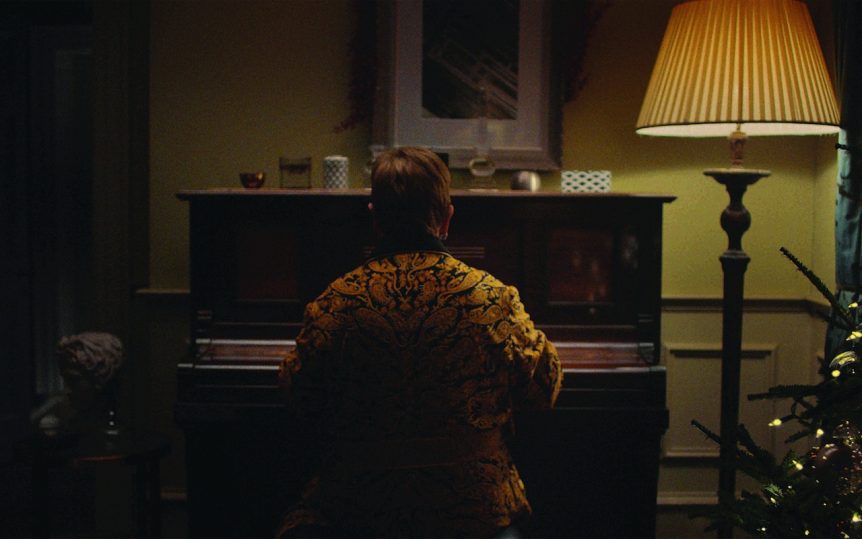 ‘There are always two people in every picture: the photographer and the viewer.’ (Sheff Interview, 1983)

There are always two gazes for every photograph, and as we consider particular images, we might see more. Perhaps the subject is looking back, out of the photograph. Perhaps protagonists in the photograph or movie are gazing at each other. And perhaps the camera apparatus itself is a separate gaze, including, for example printers, publishers and curators.

The lectures for Informing Contexts provide fascinating and fruitful ways to consider gaze, both positively and negatively. I would like to add a contribution.

I would like to suggest that there are two, broad kinds of gaze to consider, the ‘explicit’ and the ‘implicit’.

By ‘explicit gaze’, I mean the obvious protagonists – starting with the photographer and the audience, and others noted above.

But there is also what I consider ‘implicit gaze’, in the sense of others involved in the process of creating photographs who may not be immediately apparent.

These are exemplified in the world of Advertising. In an earlier post, I stressed that analysis of advertising cannot be divorced from the cultural, social, financial and political context in which it is both created and placed in the world.

An advertisement is part of a marketing strategy, written by the people responsible for the brand or business. They create a brief, delivered by an agency or individual creative / photographer. Occasionally, such as the Waitrose Christmas 2018 campaign featuring Elton John, we can be certain that John and his representatives also had a hand in how the commercial was created and shot.

After production, all ads will go through a process of assessment to one degree or another – and possibly this would include consumer research with potential audience members. Changes might then be made before the final versions are aired.

By contrast, when we see massive misjudgement in marketing, it is not ‘just’ the photographer, or the model at fault. It is the system involved in the creation of the ad – in the sense of Flusser’s ‘apparatus. Only when controversy erupts, with cries of ‘what were they thinking’, do we generally consider implicit intent and meanings.

These interim gazes are, of course, all explicit in their own right – so arguably there should be no difference between ‘explicit’ and ‘implicit’. But in the internal, creative process, as well as aesthetic decisions, all kinds of legal, social and ethical judgements are made (well or badly) by those involved. That ethical space is explored in this week’s IC lectures on the marketing of charities, for example.

I thus create the distinction between ‘explicit’ and ‘implicit’ gaze as an analytical device, another lens (no pun intended) with which to look upon images.

I would argue that this does not just apply to commercial or large scale work, where many people are involved. It also applies to individual creative efforts, where the photographer constantly takes decisions which are both explicit AND implicit in the making of the final image.

In turn, this opens opens up space for critique, both of the denoted and connoted meaning of the image (using Barthes’ terms), again in explicit AND implicit terms.

An example might be Sontag’s damning of the work of Diane Arbus, which is largely an ethical rather than an aesthetic critique. Sarah Parsons noted:

‘She [Sontag] sees Arbus’s work as dangerous because “by getting us used to what, formerly, we could not bear to see or hear, because it was too shocking, painful, or embarrassing, art changes morals”. (Parsons, 2009: 294).

‘Referring to Richard Avedon’s photographs of his dying father, she [Sontag] notes that the camera’s cruelty can produce another kind of beauty, in this case resulting in elegant, ruthless portraits. Sontag’s acceptance of Avedon’s photographic “cruelty” and disdain for Arbus’s is important because it illuminates some unspoken assumptions in her analysis’. (2009: 298).

It appears that Sontag is applying double standards to ‘grotesque’ work, and most certainly there are serious contradictions in her logic. Still, it seems undeniable that Sontag has some implicit, personal assumptions which, whilst not fully explained in On Photography, are affecting her own gaze and, most importantly, how she then expresses that gaze to others.

Of course, this is not the same kind of implicitness suggested by multiple, explicit gazes applying to a piece of work, before the final viewer can gaze themselves. But any hidden gaze, however personal or systemic, is exactly that. Implicit and not declared to the ultimate audience.

I believe that many of the problematics of photographs, especially ethical ones, and including advertising as a genre, residue in this implicit space.

Concluding, it is because of this somewhat hidden yet fundamental process of creation, and indeed of critique, that I offer the distinction between ‘explicit’ and ‘implicit’ gaze for analytical purposes.