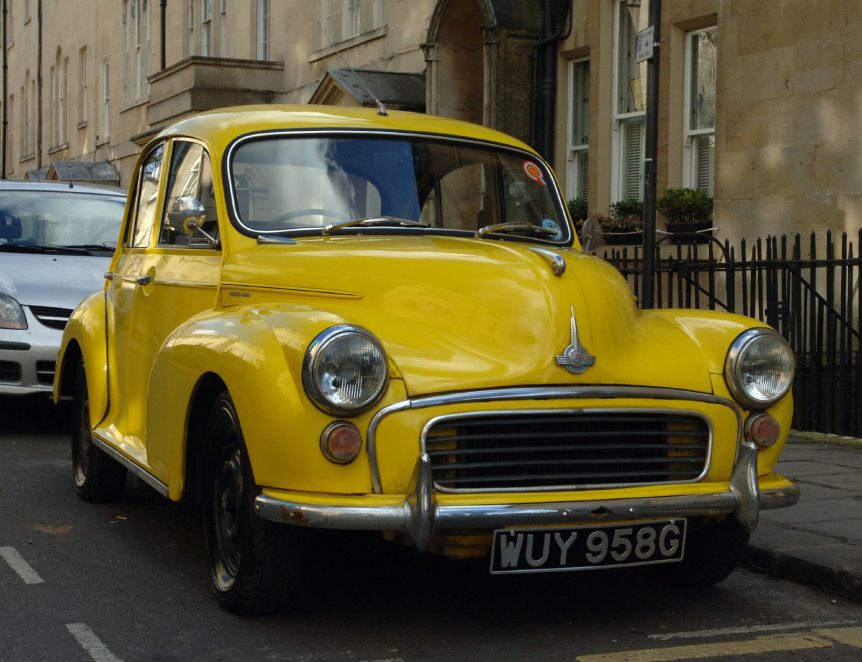 Having re-visited the Day Before Christmas, I decided to look again at the Flickr archives.

Towards the end of 2005, a group entitled ‘Manipulate This!’ was formed – it still exists though seems to have changed tack a bit.

Originally, the idea was to post an image, and let other’s manipulate it as they saw fit. Often several images would get combined.

Here are some of the results: It was a fantastic group. It is also interesting to see how the original image was appropriated and manipulated.

In some, it was re-worked as new art but from the original perspective collaboration. In others, details of the car were changed, such as the numberplate.

Some images combined the car with  one or more images that the group had previously worked with, making it a multi-collaborative (collective?) end result.

And in others, the Morris Minor was repositioned, into new contexts to tell new stories.

Daniel Palmer, in Photography and Collaboration (2017), reflected on notions of photographic ownership. He also allowed the influence of software, in the sense of image creation and processing, a never ending process. However, he missed, I think, the influence of social sharing platforms which facilitate the collaborative and collective production of imagery.

‘… a photograph is never merely a product of material in the hands of an individual creator. A photograph is the space of appearance in which an encounter has been recorded between human beings, an encounter neither concluded nor determined at the moment it was being photographed.’ (pg 252)