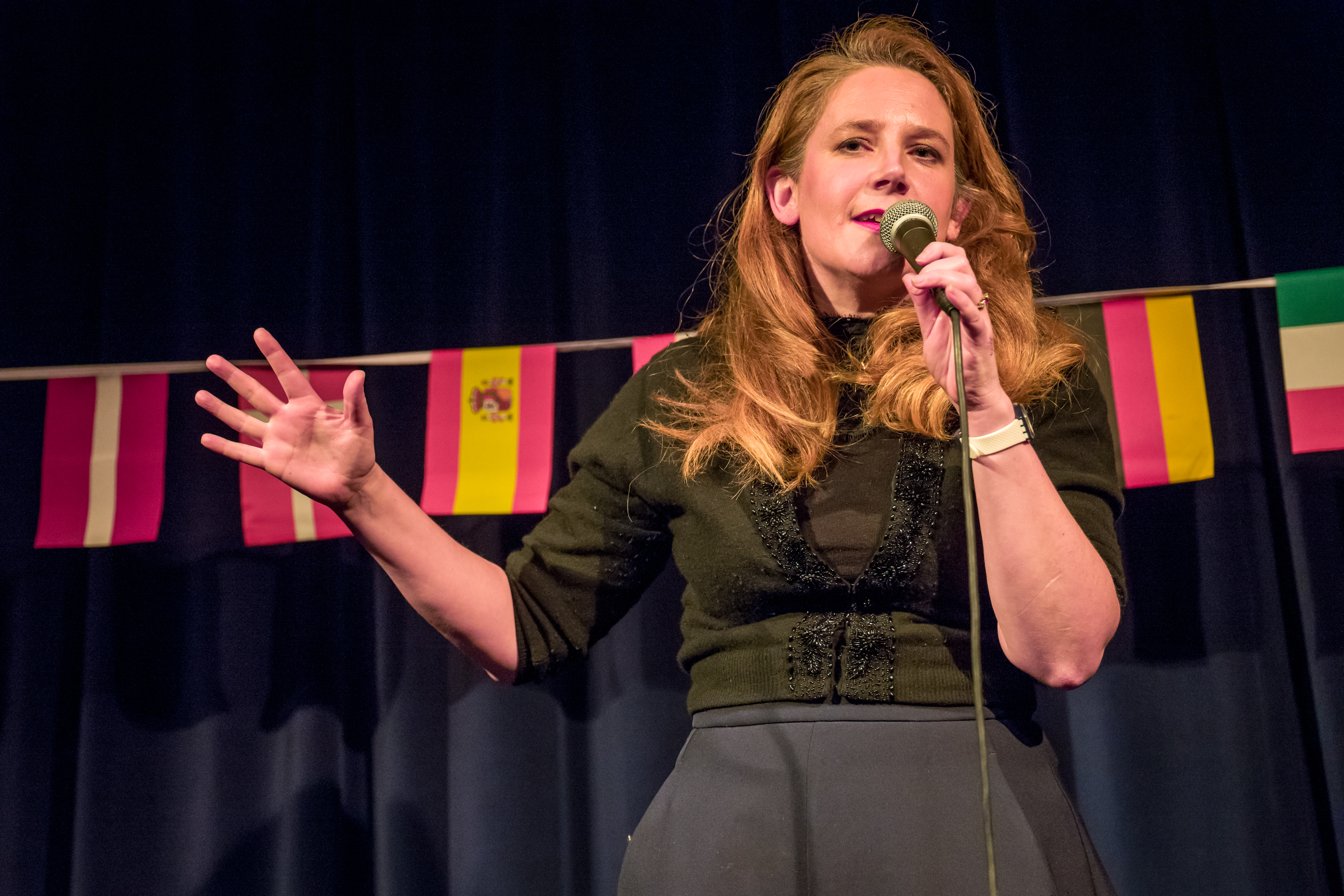 I have chosen three images, reflecting different aspects of my ‘people’ photography. Events, Street and Documentary.

The first (and header image) is a recent Event that I covered.

It is Viv Groskop, at a January comedy night in Bath, “Brexit – A Comedy of Errors”. I was shooting for the Bath for Europe group, as I cover all of their talks, marches and other ‘protest’ activities.

To quote the press report: “Bath for Europe supporters, friends and fans had a great time at the Widcombe Social Club. Headliner Viv Groskop delivered a gutsy, intelligent monologue which linked her family tree, growing up in Somerset, learning languages, the NHS and Brexit. In our deeply divided nation, soon the only thing uniting us will be John Lewis :-)”

Second, I have chosen ‘English Gentleman‘ to represent some of my Street work.

The image was taken in the streets of Soho, London, in 2014. I had recently decided to start to ‘up my game’ on street, not least to overcome some of the nervousness around taking images in public.

I first saw this gentleman buying water in a store in Broadwick Street, Soho. He disappeared from view, and then walked along the road. He was apparently in his own world, oblivious to my camera. I walked down the middle of the road, keeping abreast of him. Suddenly he looked up and this was the resulting image.

A couple of years ago I attended a workshop with Alex Webb. In the portfolio review, this was Alex’ pick. He said it was the layers in the image, and the three separate stories being played out in one image that appealed to him. The “Sugar Daddy” Culture corrupts parts of Africa and can spread HIV/Aids. A very young girl and an older man. Ostensibly, it is a smiling relationship. But it is one of dominance. The man grasps the girl’s hand and keeps her in place. Her look is uncertain, her body slightly twisted away. We also believed the young girl was pregnant.

I was in Malawi with Save the Children, examining the HIV/Aids situation there. The image was also used by the Guttmacher Institute, in 2005, to head a scholarly article on the subject in their Journal.

Whilst this is an old story, the basic truths of it still unfortunately persist. There is a recent culture of “blesser” and “blessee” in some countries, where effectively the young woman is “blessed” by a (usually) older man – money for favours. There are even Facebook groups to accomplish this.

Factoid: Chibuku ‘Shake Shake’ is a commercial sorghum beer based on the traditional Umqombothi home-made African beers, the main grains used are malted sorghum and maize but may also contain millet.