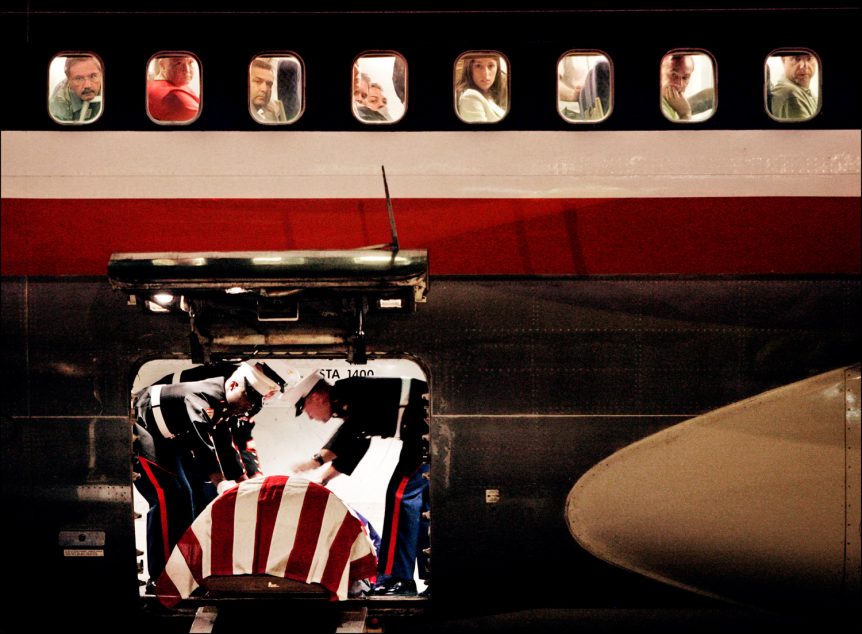 I was reading Hariman and Lucaites The Public Image, and came across a picture by Todd Heisler, in the header.

Heisler won the 2006 Pulitzer Prizes for feature photography for his series Final Salute. It is a personal and emotional narrative about U.S. Marines whose job it is to break the bad news of a soldier’s death to their families. They also have to escort the bodies burial. Final Salute also won the Pulitzer Prize for Feature Writing for reporter Jim Sheeler, Heisler’s partner. The article that they co-produced is available on Heisler’s website, link below.

Describing the image, from a later article about the series in the New York Times:

‘When 2nd Lt. James Cathey’s body arrived at the Reno Airport, Marines climbed into the cargo hold of the plane and draped the flag over his casket as passengers watched the family gather on the tarmac. During the arrival of another Marine’s casket at Denver International Airport, Major Steve Beck described the scene as one of the most powerful in the process:

“See the people in the windows? They’ll sit right there in the plane, watching those Marines. You gotta wonder what’s going through their minds, knowing that they’re on the plane that brought him home,” he said. “They’re going to remember being on that plane for the rest of their lives. They’re going to remember bringing that Marine home. And they should”.’ (New York Times, 2013).

I find this photograph quite extraordinary at so many levels.

Firstly, the detail is so finely observed. The brilliantly executed composition has all of Barthes’ Studium and Punctum that one could want. The two marines are very carefully placing the coffin, in a co-ordinated move – one is black, one is white. The flag matches the colours of the aeroplane, and the tonal range is at one sombre and vibrant. There is a row of reflective faces of the all white passengers. They are looking out of those tiny windows, probably having seen the coffin approach but not sure what is going on right now. Stories within stories.

Secondly, at another level, this is separating the soldiers from the civilians, compositionally and psychologically. The passengers are locked in a metal tube. And yet, especially given the desire of the US Military to keep such scenes from public view, the image is also bringing them together.

Thirdly, whilst it is an image of its time, replete with cultural context and symbols, denoted and connoted, the photograph stands outside of time. It is a fine example of meta narrative about war, politics, censorship and personal grief.

Fourth, whilst this image stands alone, the strength of the series and its written narrative adds poignancy and depth to the intensely personal story. Heisler and Sheeler combine photographs. written commentary and personal quotes to powerful effect. 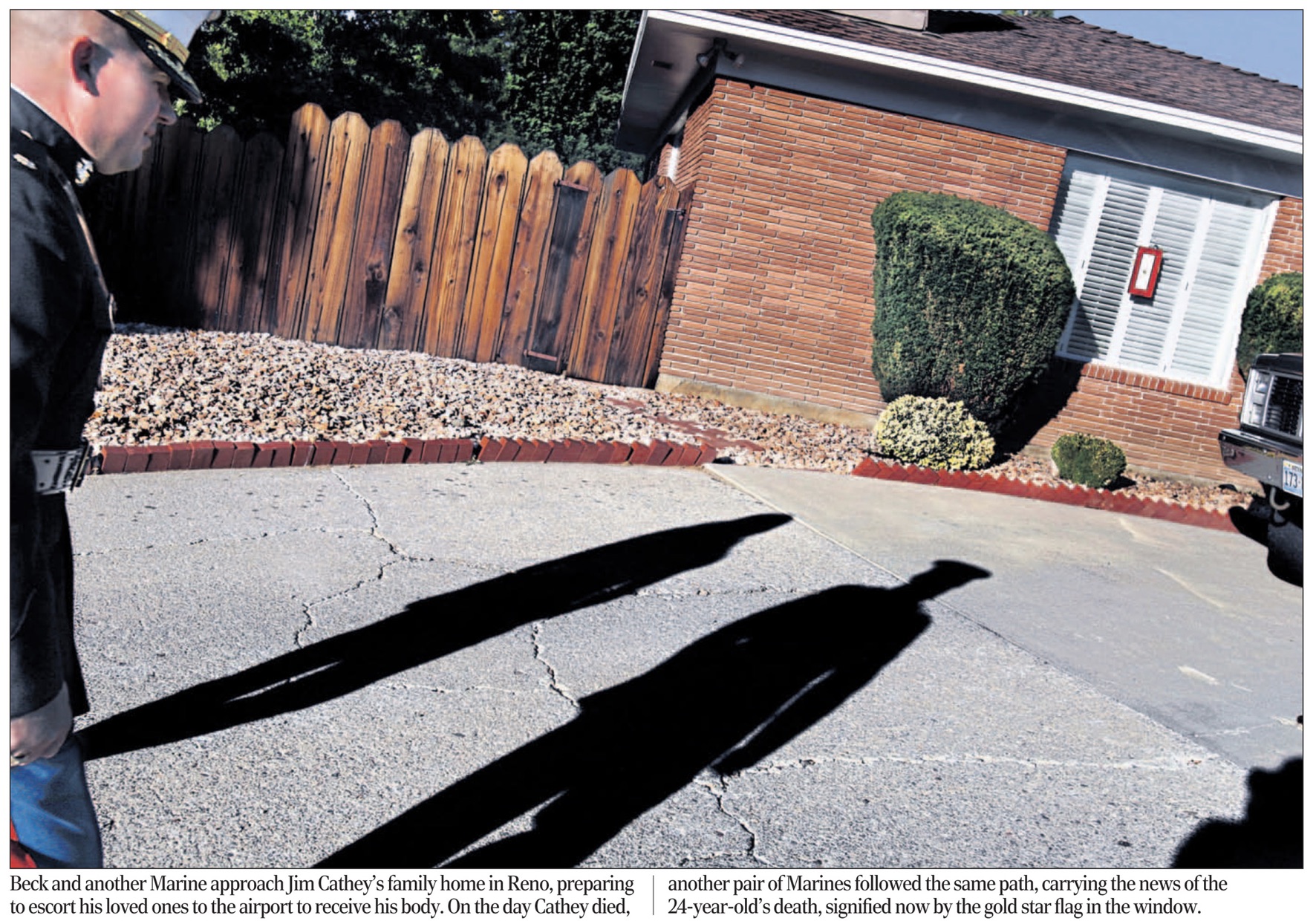 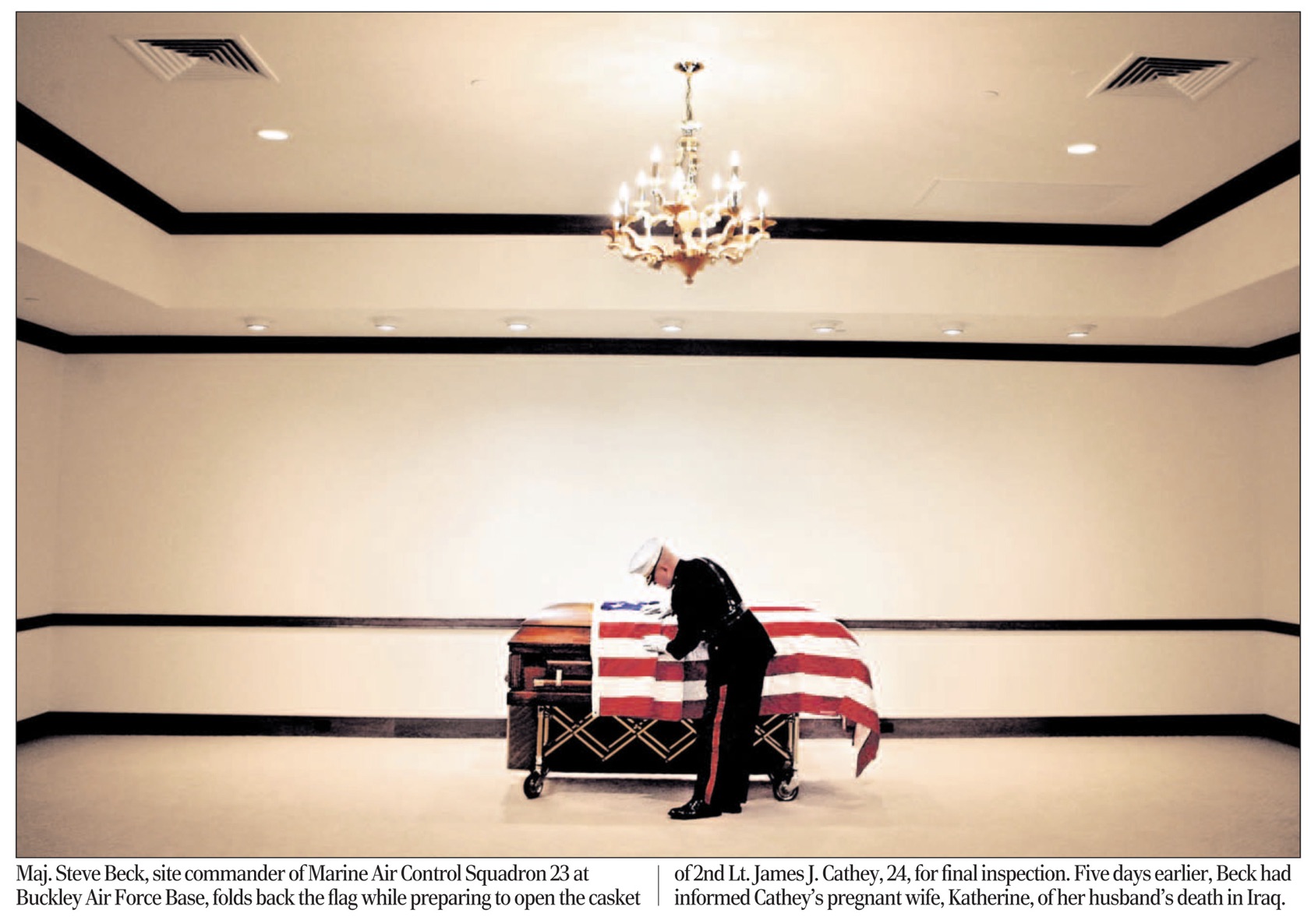 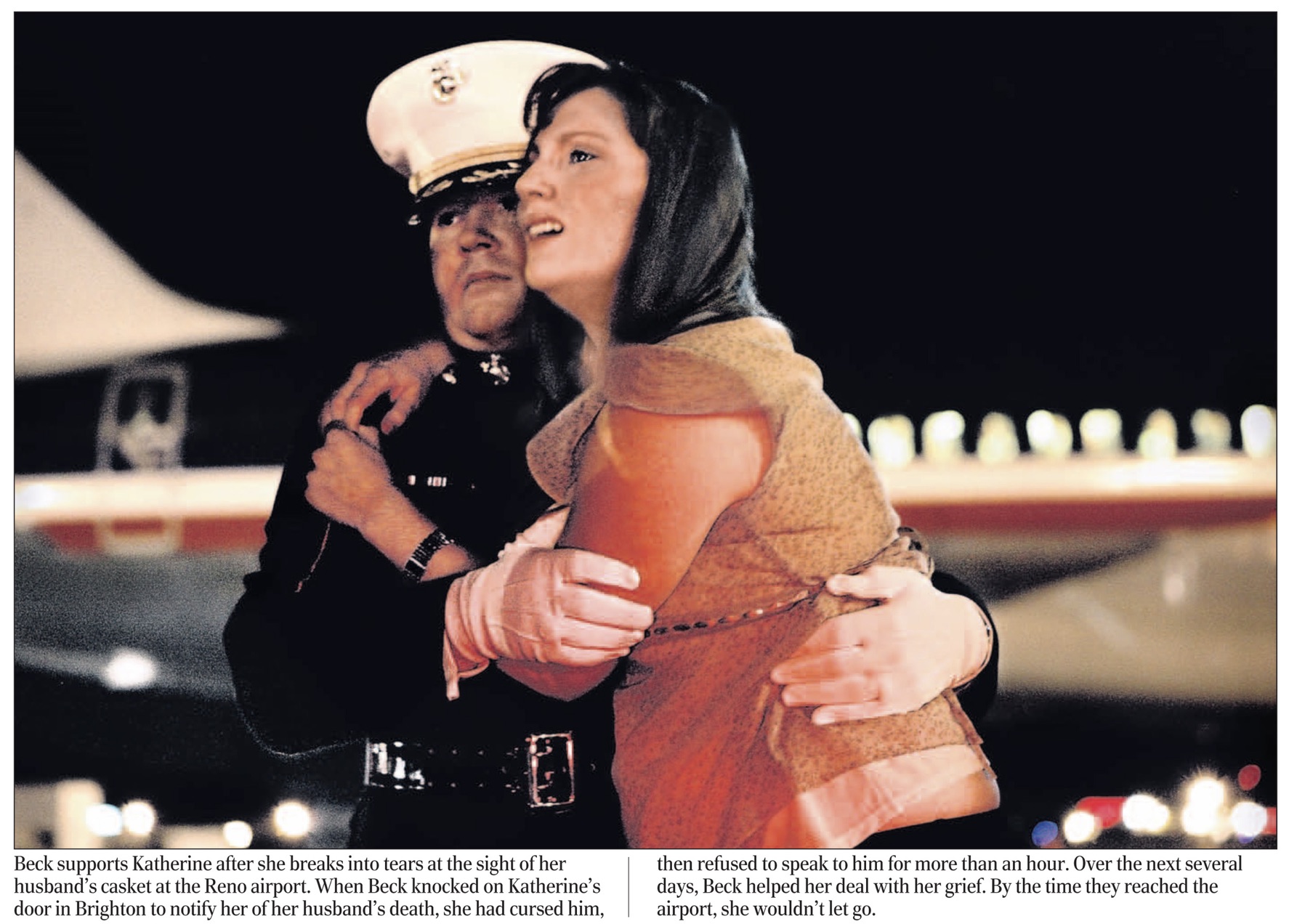 A most powerful image, in an extraordinary series.